Taking a Stroll on Ogijima

Last Saturday, Team Ogi was supposed to bring its new artwork for the Setouchi Triennale 2019 to Ogijima. However, they were behind schedule, and we ended up being 24 hours early.

Rest assured, Team Ogi did bring its art on the following day. It is now where it’s supposed to be – and the team will spend the next days bringing the finishing touches (but if you follow me on social media, you know all of this already). More details soon.

So, instead, we just walked around the island. We spent time with friends. I kept on learning how to use my new camera and, as I have given my old hybrid to my daughter, she also learned how to use it on the island with me (and she is quite proud to now have a “real” camera). 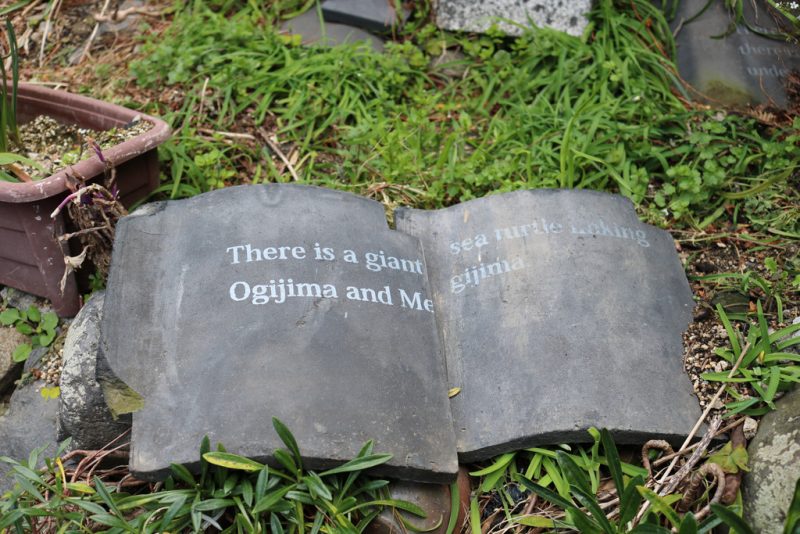 I love these tiles. They’re the remains from an artwork named Rainy Lane that dates from the very first Triennale in 2010. Back then, the text only appeared when the tiles were wet (various contraptions poured “rain” on them every hour or so). The artist is Kyoco Taniyama and she will have an installation in Takamatsu’s public pool this summer. 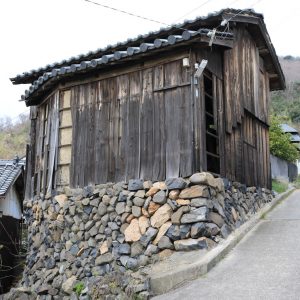 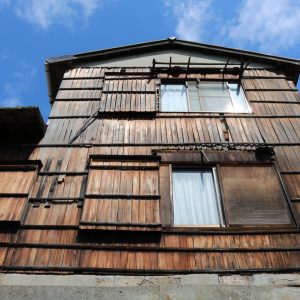 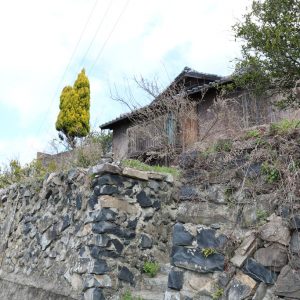 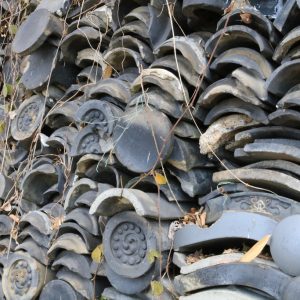 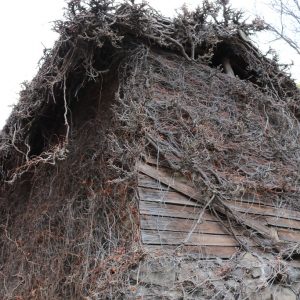 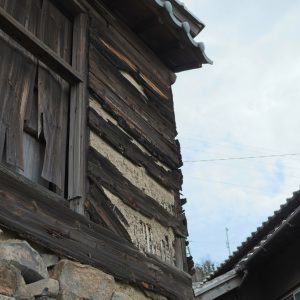 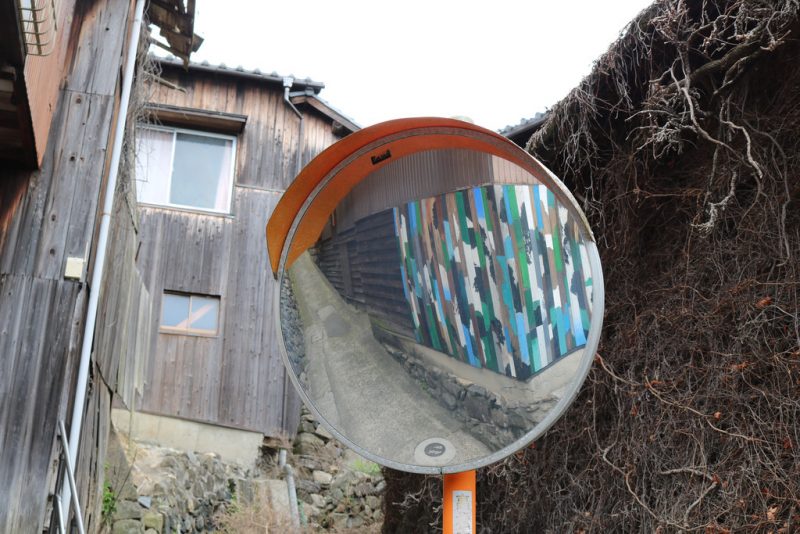 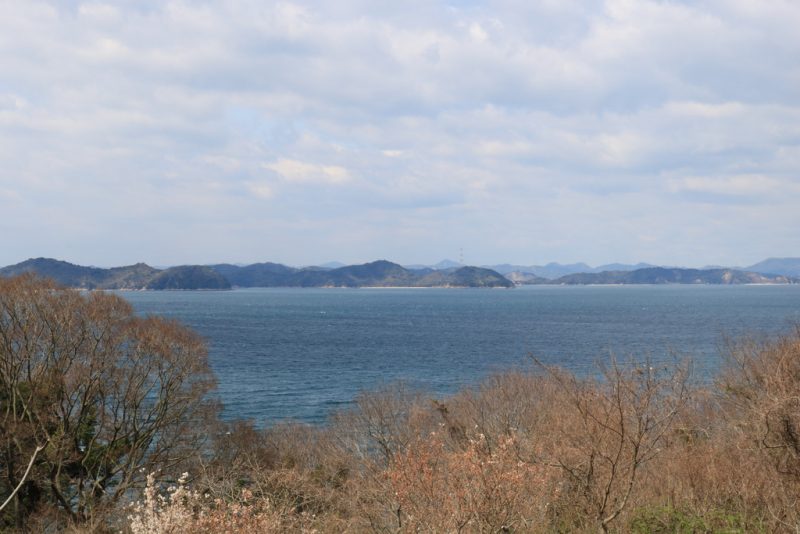 Naoshima in the distance 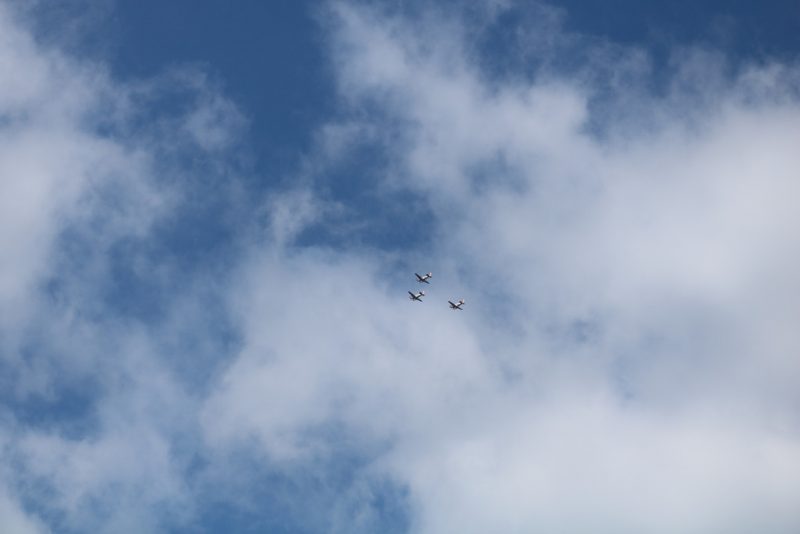 Those three planes flew over us, quite slowly. I’m not sure what they’re about. 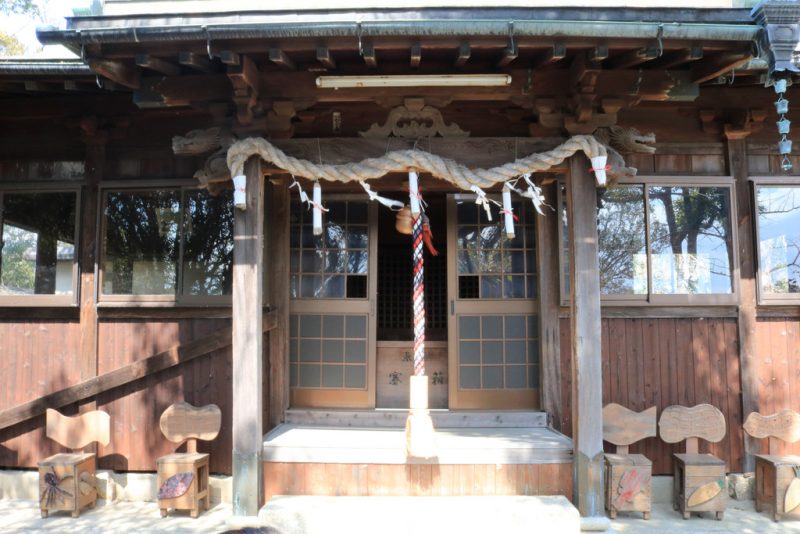 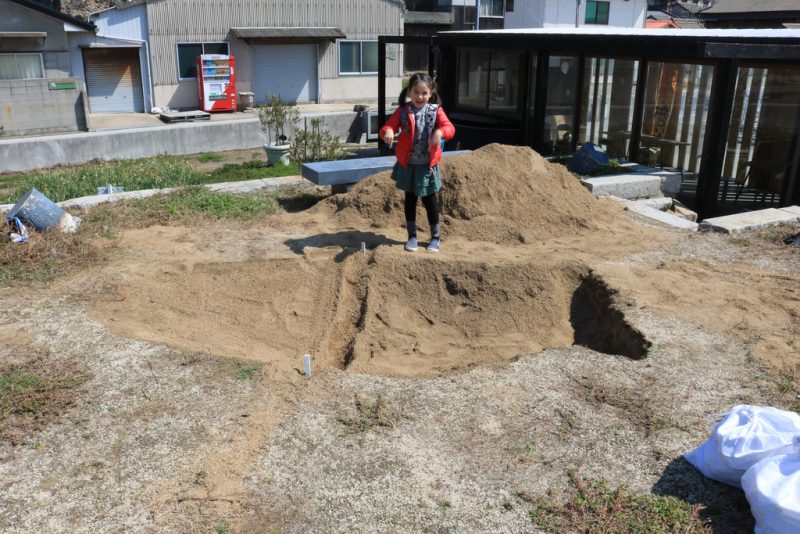 This little girl is showing you where Team Ogi’s art will be. And she’s quite impatient for it to be ready, as it doubles as a playground for kids. 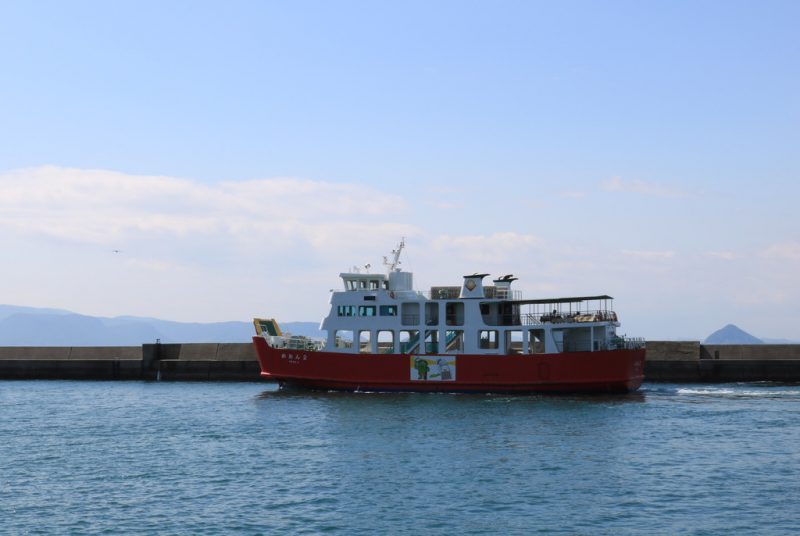 Oh no! Meon is returning to Takamatsu and we missed it! Oh well, we’ll just take the next one. 😉 (we didn’t actually miss it) 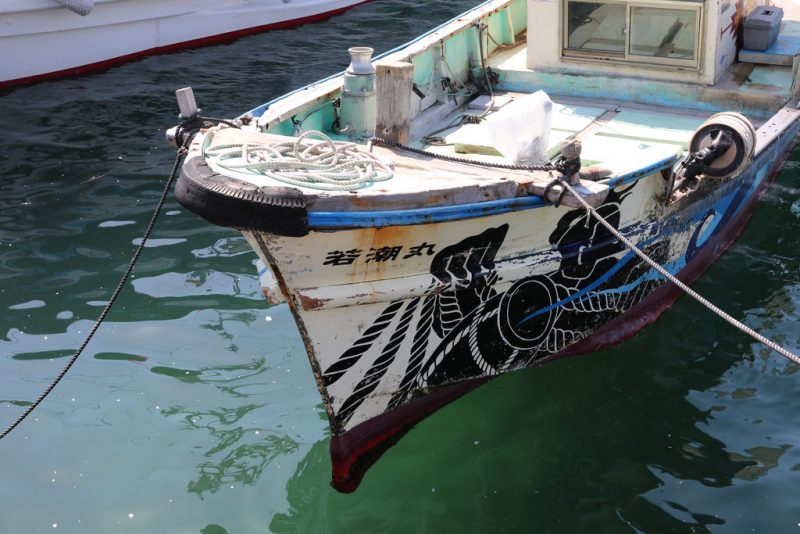 One of the boats from Team Ogi’s original project in 2013. 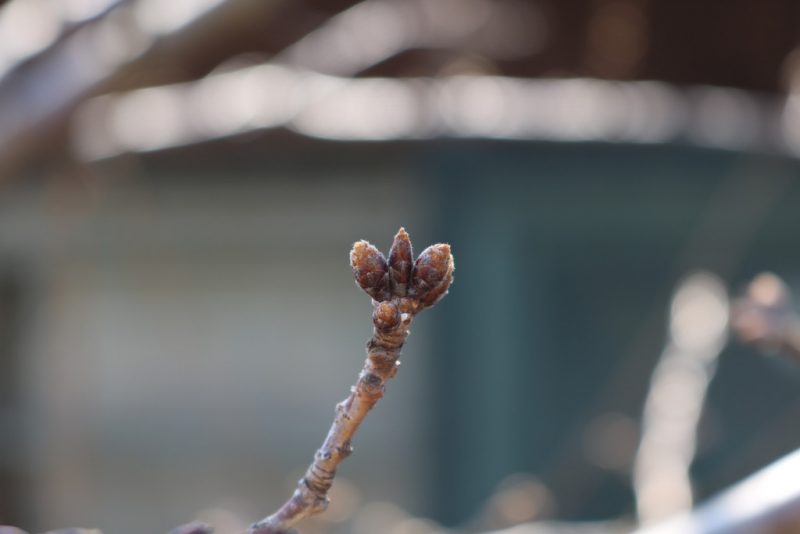 So, if you have an interest in Japan, you probably know that each year, a “cherry blossom forecast” is published in the country. Those dates are established following a certain number of factors, one of them being an official “reference tree” in each city. The one in Takamatsu is in Ritsurin Garden by the way, but this tree on Ogijima is my own personal reference tree (and if you’re a long time reader you will have seen it here before).
As you can see, the cherry blossoms are not in bloom just yet. Actually, the forecast announced peak blooming for March 25th (which is earlier than usual), but as I’m typing these lines (on the 19th) I’m wondering if the flowers won’t actually arrive a bit later. We’ll see. 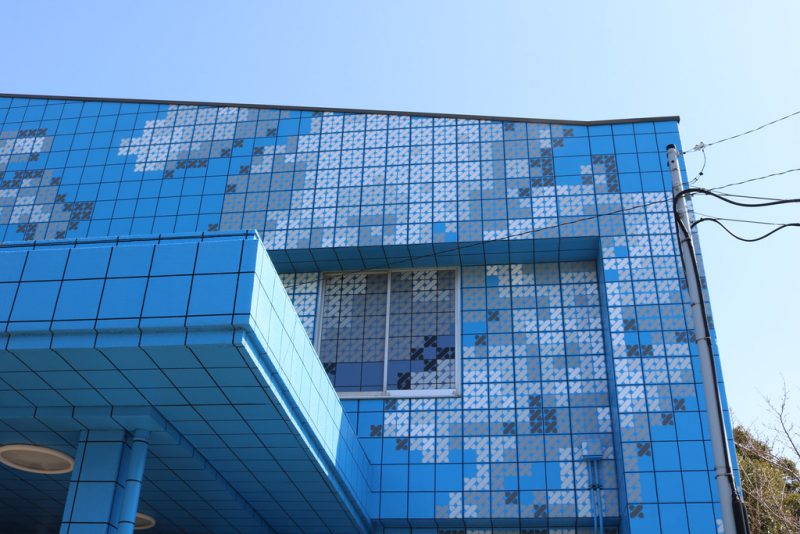 Dreaming of Blue by Regina Silveira 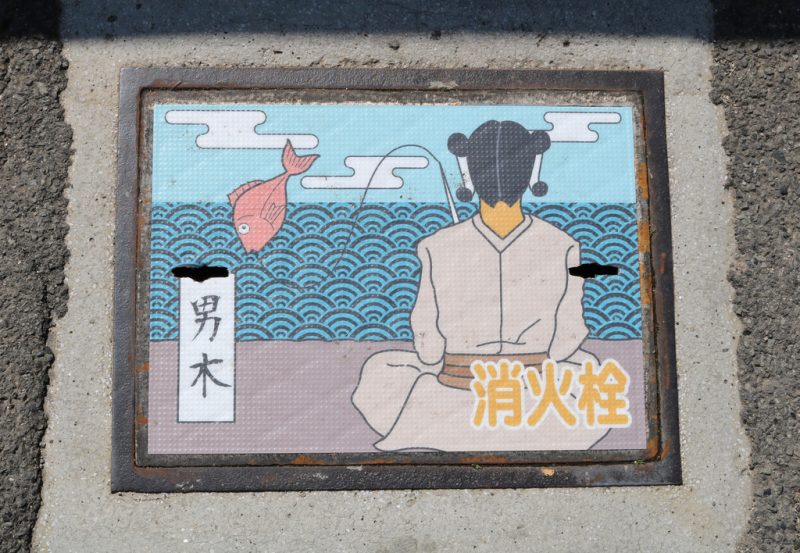 Well, that’s new. I guess Ogijima too wanted its decorated manhole cover like the rest of Japan. It’s not actually a manhole cover, but a fire hydrant cover (those are sometimes decorated too in Japan). 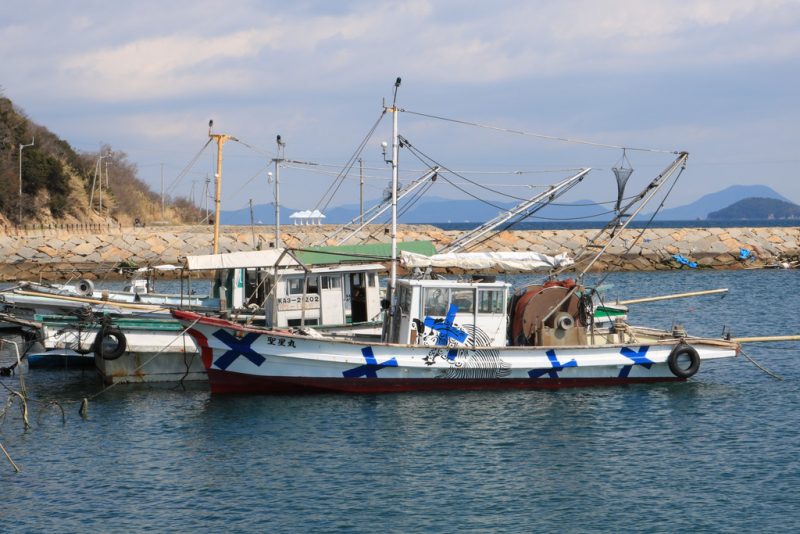 Another boat from Team Ogi’s project. This one from 2016. 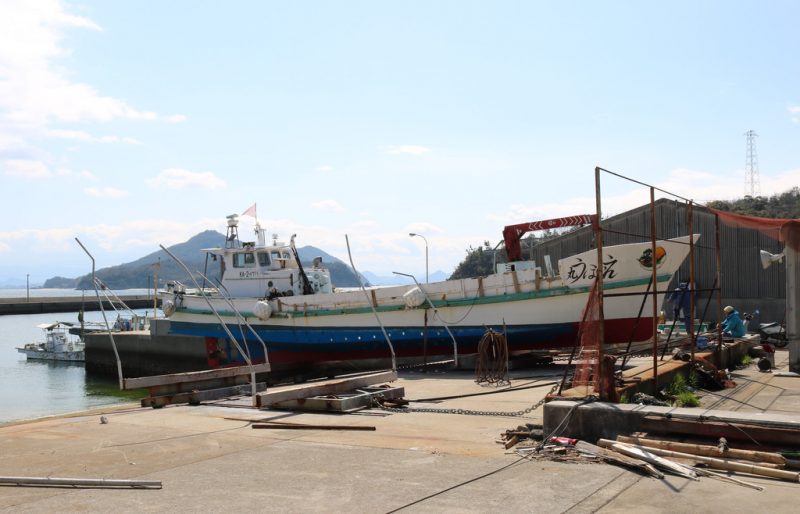 This boat that’s being repainted is not a fishing boat, but a… well, not sure how to call it… A harvesting boat? It collects hamachi that’s being raised nearby, between Megijima and Ogijima (you will see them from Meon when you come to Ogi). Hamachi is one of my favorite fish. It is sometimes translated by “yellowtail” or “amberjack” into English, but it’s really a fish native of Japan (and nearby) and hamachi (or also buri in other parts of the country) is the proper way to call it. 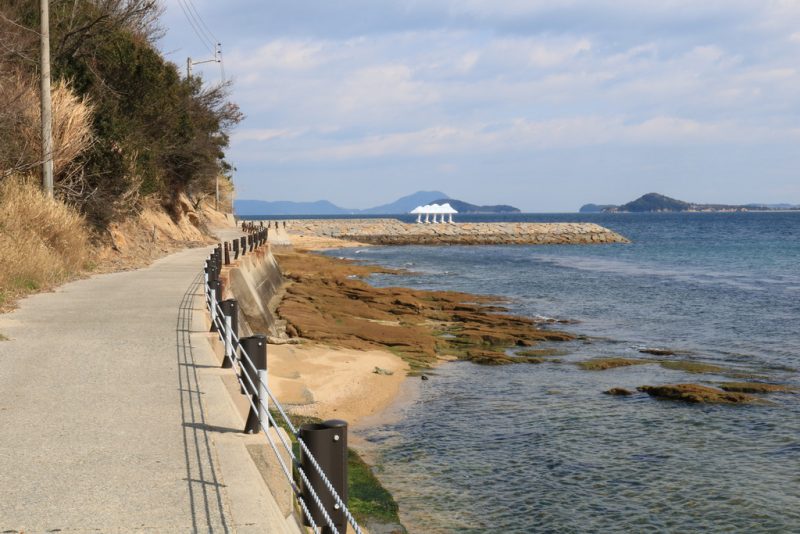 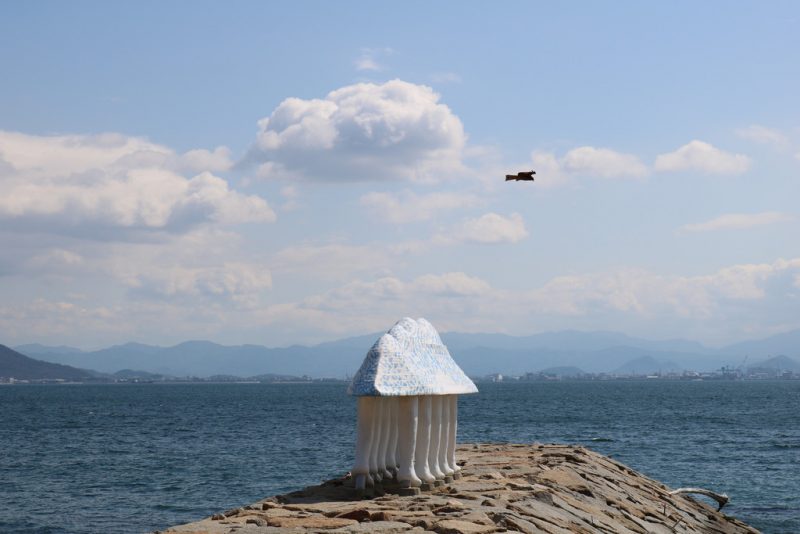 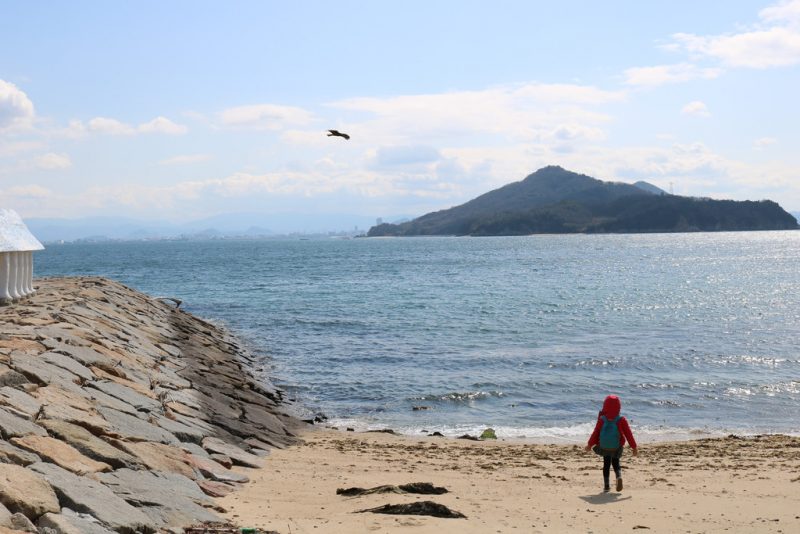 Is the eagle going to attack this little girl? 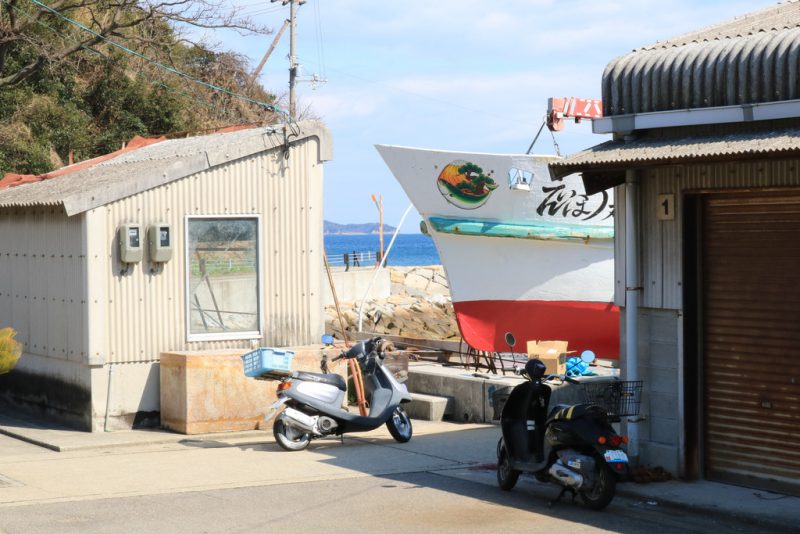 Next trip to Ogijima this coming Saturday! Not sure if I’ll get to take many pictures, as I’ll be there for “work.” And I will very soon tell you what these “work” trips are all about (not a big mystery, don’t get too worked up 😉 )

2 thoughts on “Taking a Stroll on Ogijima”