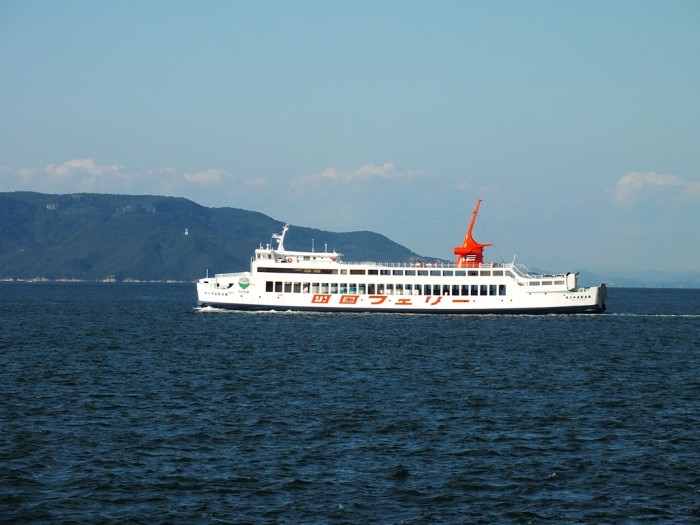 Before the Great Seto Bridge was built, the Shikoku Ferry was the main link between Shikoku and the rest of the world (or more precisely, the Port of Uno in Okayama Prefecture). Today, it still survives, mostly thanks to truck drivers (the few times I took it, they seem to constitute the majority of passengers, the ferry remaining much cheaper than the bridge, so if budget is more important than time, taking it can be a good option).

There used to be an other company that would run the same route, but it shut down, roughly at the same time I moved to Japan (late 2011). And even the Shikoku Ferry is still running only because, if I understood correctly, it was bought off by the company that manages Olive Line (that links Takamatsu to Tonosho on Shodoshima).