Last month, a photo contest was organized on Ogijima. It wasn’t the first time – but for some reason, I had missed the previous ones – most likely not the last one either. Nothing too special, just something fun for Ogijima’s residents and friends.

And I won! Don’t get mistaken, I didn’t win the Grand Prize, but it still makes me happy, even more so, because I wasn’t hoping to win anything and I’m never totally happy with the pictures I take.

So, I won a prize with this picture: 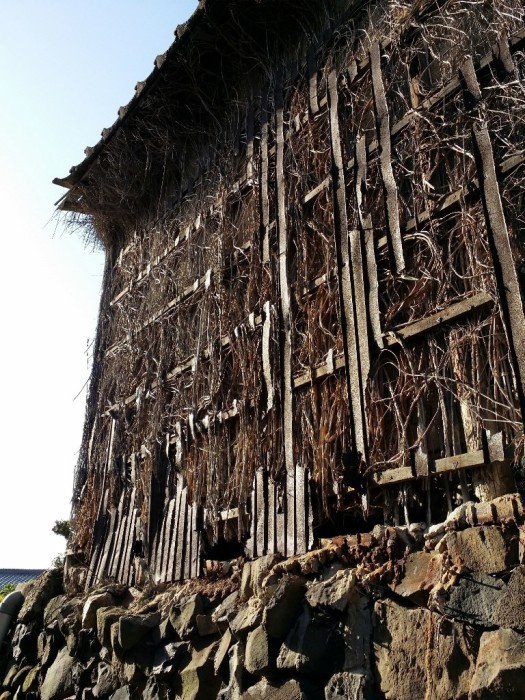 And here is the award that I received a few days ago (I haven’t had it translated yet, so I’m not completely sure what it says): 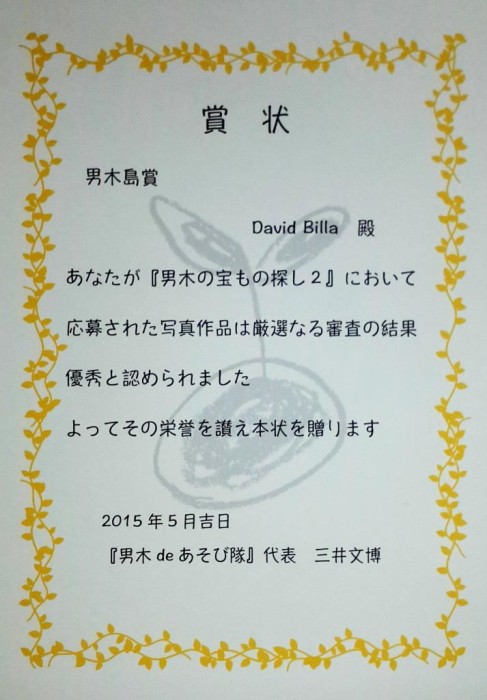 Interestingly, I was a bit hesitant before sending this picture. This contest is an element of the larger endeavour that consists in revitalizing the island. So, my thought was to send something that’d celebrate a more positive aspect of the island. But, in the end, it was a beautiful picture of a beautiful house, and apparently, this is also what the judges thought.

If you want to see all the winners, you can see them on Ogi de Asobitai site.

– The first time I saw this house was during one of my very first visits of Ogijima, but for some reason, I always had a hard time finding it again on later visits. Truth is that the first times I visited the island, I got completely lost (who didn’t?) and on the other hand, now that I know my way around the village, there are streets where I never go through, simply because they’re out of the way from my usual destinations. On that day, I was showing the island to a friend from Tokyo, so I did go to some parts of the village where I don’t usually go, and there it was.

– The Grand Prize winner is not other than Mr. Takano. I know him without really knowing him. He visits the island probably more than me, but while we have many friends and acquaintances in common, we’ve never really spoke (mostly because of the language barrier I guess). In any case, he’s one of the best photographers I’ve met, and when I learned about this photo contest, there was no doubt in my mind that he would win the Grand Prize.

– You may have noticed that three winning pictures (Mr. Takano’s, mine and someone else’s) were taken on the same day, May 5th. I remember clearly that the daylight that day was exceptional for some reason. The weather was wonderful, not a cloud in the sky, but also no mist (sometimes, this time of the year, the sea is a bit misty because of evaporation) and no pollution smog (seriously, atmospheric pollution in Japan is starting to worry me, and truth is that while most of it is due to all the crap from China, the total stop of all nuclear plants in the country for a few years now doesn’t help). In any case, that day, the sky, the air, the light were all wonderful (and of course that day, for some reason, I didn’t take more than three or four pictures instead of the usual few dozens).

– Finally, back to Mr. Takano’s picture, I was in the ferry when he took the picture. Arriving on the island, I clearly remember him taking pictures of the ferry and the people in and around it..

That’s all for today…

2 thoughts on “Beautiful Decay on Ogijima”