Well, it’s all in the title.

My information page about the Setouchi Triennale 2022 has been updated with the latest news. Not many changes compared to 2019, except that it’s going digital a little bit (there will be a digital art passport in addition to the paper one).

You can read it all there: 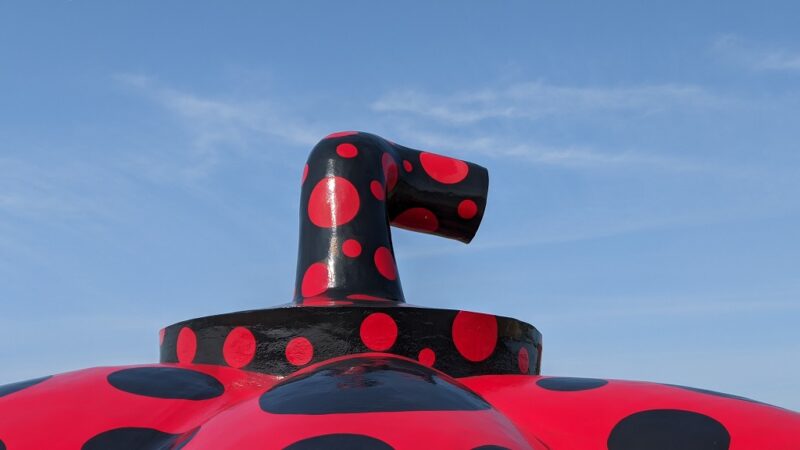 In addition, the press conference introducing the event added a few things about what to expect on each island (keep in mind that it is a press conference, so the reality may be different in a few months)

Hiroshi Sugimoto’s Glass Tea House is coming to Naoshima. It actually already there.

And Valley Gallery will make its debut. It is a new building by Tadao Ando and it will have art from Yayoi Kusama inside.

Needle Factory from Shinro Ohtake will “evolve.” New art will be in Koh (the village in the south of the island that’s a bit isolated)

Little Shops on the Island will be developed more with an aim to turn it into a sustainable community-based ongoing project, not just artworks. That would be nice if it happened.

New artworks will be there, in correlation with the development of the revitalizing community (whatever that means, told you it’s a press conference, not a guide).

New art will focus on developing the “maze town” part of Tonosho as well as the area and roads between Fukuda and Kankakei Gorge.

Among other things, there will be a collaborative project between the residents and the Koebi volunteers preparing the future of the island.

The goal of new projects will be to teach more about the history and the culture of the island.

There will be more involvement from the five islands of the Yoshima area, not just Shamijima. Also, some art will be in the Ogoshi area of Sakaide (the small village on the coast between Sakaide and Takamatsu).

Development of themes based on the history and culture of the island.

More projects from Kyoto University of the Arts. It’s interesting how, Takamijima is literally becoming an “art island” an expression that is used a lot talking about some of the islands, but I usually find it inaccurate. Well, it’s definitely appropriate for Takamijima. More about this here.

Projects and themes around the Awashima Maritime Museum and the sea.

Development of artworks connected to the distinctive culture and lifestyle of the island.

It seems that most new artworks will be located on Yashima, probably in the new “lookout area” that’s being built there.

New art and projects will be linked to the fact that Uno Port is a transitional area between train and boat.

4 thoughts on “Setouchi Triennale 2022 information page has been updated.”