A week ago took place a small event in Takamatsu to introduce the Setouchi Triennale 2016. As I had to work, I unfortunately couldn’t attend. A bunch of things (dates, some artists, some themes, etc) were announced. More details can be found on the official site (if you can read Japanese, the English version as usual is slow at being updated, they really need hire a bilingual webmaster one of these days).

However, one thing that I can show you right away is this. Introducing the Setouchi Triennale 2016  poster: 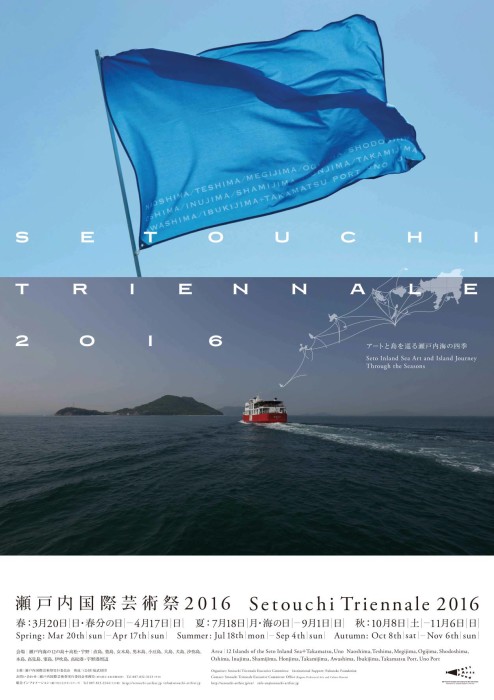 There will be some season posters too, but this one is the main one for the entire duration of the Festival.

– Surprisingly the upper part of the poster is the same as the one for the 2013 edition. (Maybe that flag will become some sort of constant, some sort of logo?)

– The depicted ferry and island are Meon and Ogijima!!!!

See, when I’m telling you that Ogijima is the most interesting place in the area. Even the Setouchi Triennale Executive Committee agrees. 🙂