I hadn’t been back to Honen-ji in quite a while, so I went a couple of weekends ago.

Located in the Busshozan neighborhood, Honen-ji is one of the most beautiful temples in Takamatsu (possibly the most beautiful one), however it’s poorly known by the locals and pretty unknown by tourists and visitors. One reason may be that it’s a bit far from downtown (yet, it’s easy to access with the Kotoden Busshozan train station nearby), another one may be that the people who manage it have no interest in turning it into a tourist attraction.

From the outside, it doesn’t really look like anything special. It’s a beautiful temple, but there are many like it all around Japan. Except maybe for one thing: 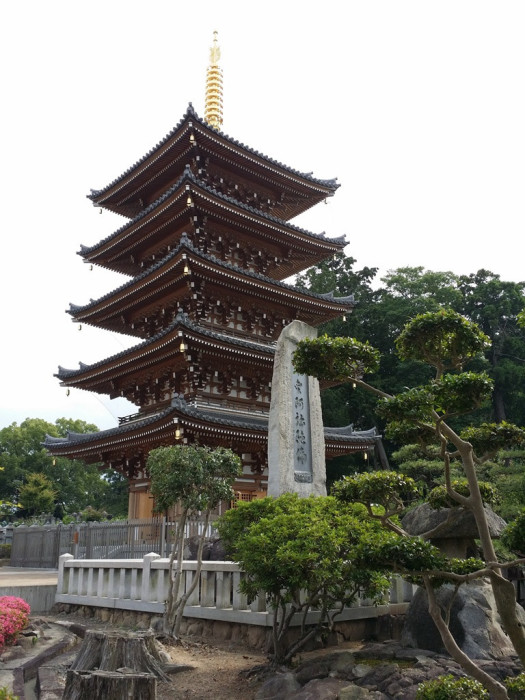 See, this pagoda is probably one of the newest in Japan, dating from 2011.

But that’s really is the only thing special as long as you don’t enter the buildings. It’s when you get inside (for a small fee) that you’ll understand why this temple is exceptional. However, I’ll be a tease and I won’t tell you anymore about what’s there. For two reasons : I didn’t go inside for that recent visit. It is forbidden to take pictures inside. Yet, during a visit a couple of years ago, I had an exceptional authorization to take pictures inside (I was with a friend who was going to write about it in a local magazine), but as it’s never really been specified whether I was allowed to publish them here, I’ve always been a bit coy about doing it, although if you know where to look, you may be able to find a couple. Hint.

So, I will show you only parts of the outside today: 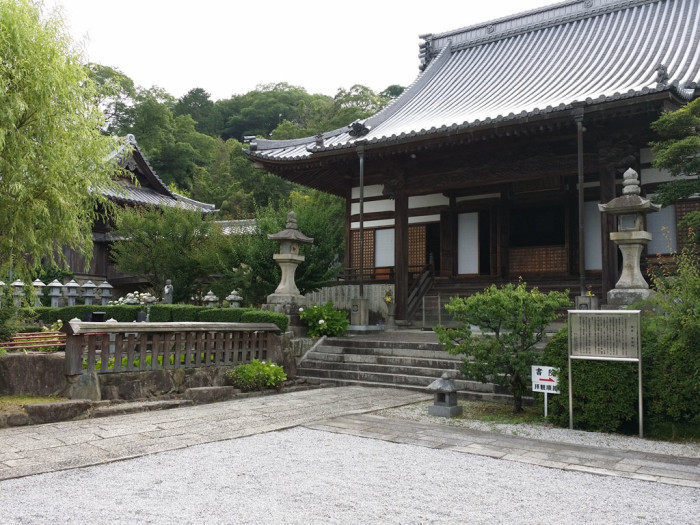 The part I wanted to see for this visit was what lies above these stairs: 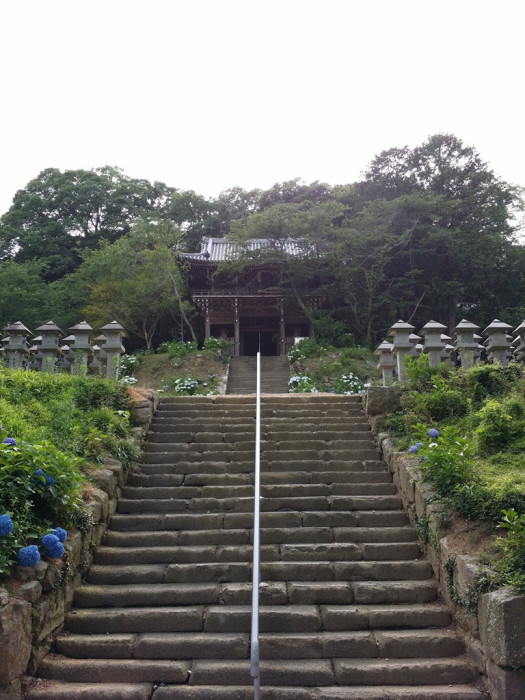 These stairs are pretty old and steep. Holding the handrail is not just for kids and older people. 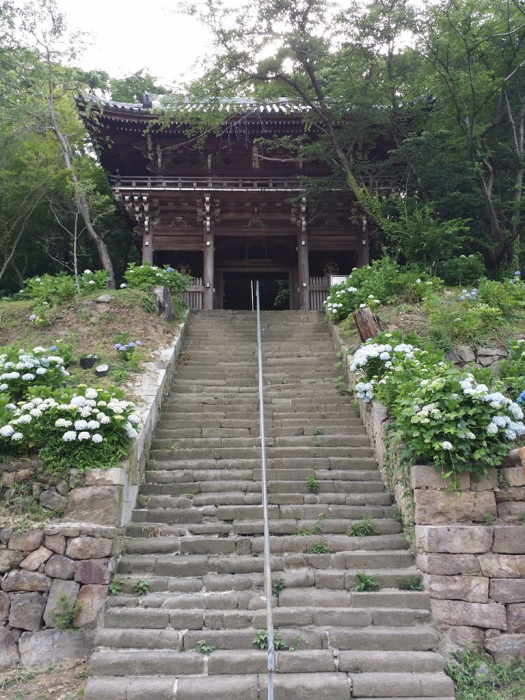 The stairs lead to a part of the temple called the Nisondo.

These two statues guard the gate.
(not sure who they are, if anyone knows…) 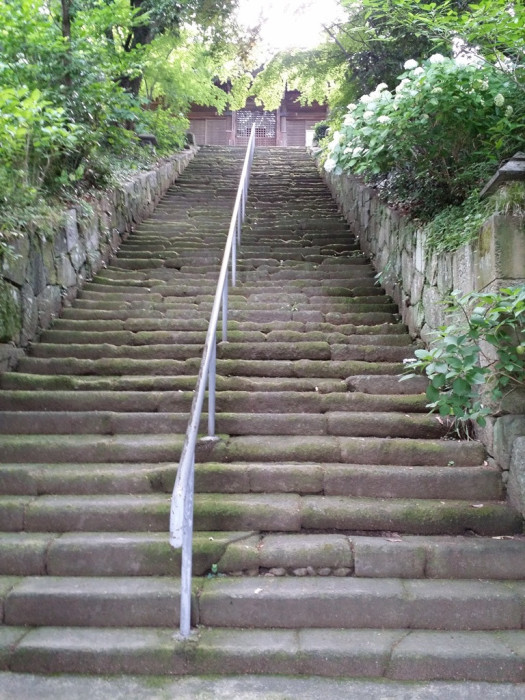 After the gate, more stairs. On top the Nisondo. 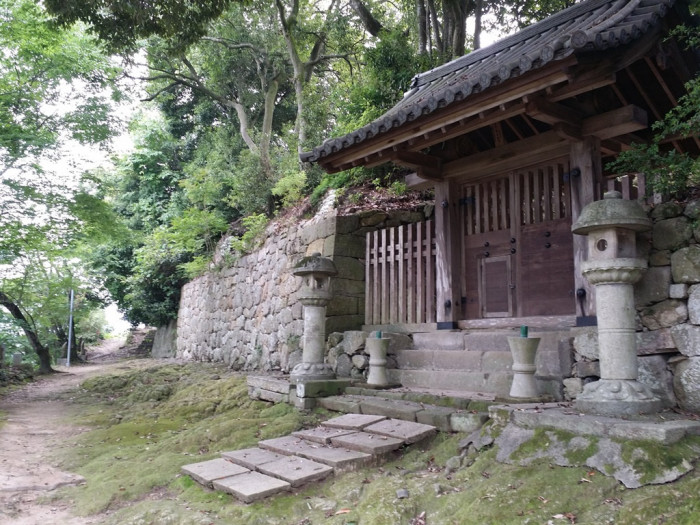 On the left side of the building, a mysterious gate. OK, not so mysterious, it leads to an old cemetery where are buried the members of the Matsudaira clan who ruled over Takamatsu during pretty much the whole Edo Period.

There is a little more to see, but Hana wanted to walk down, and as sometimes there’s no way to reason a three year old, I had to postpone any further investigation of the hill.