This is it. The last stretch of the Setouchi Triennale 2016 has started. The Fall session kicked off last week-end, and it usually is the most intense, as in the most crowded. And indeed, I spent this three-day week-end on three islands and crowded they were.

I’m going to show you a bit what to expect on the island this year.

I gotta admit that I was a bit disappointed by the new art. Nothing terrible, but nothing mind blowing either, and a lot of it felt like a redo of past artworks from the previous years. But if it’s your first time attending the Triennale, that may not be a problem for you. 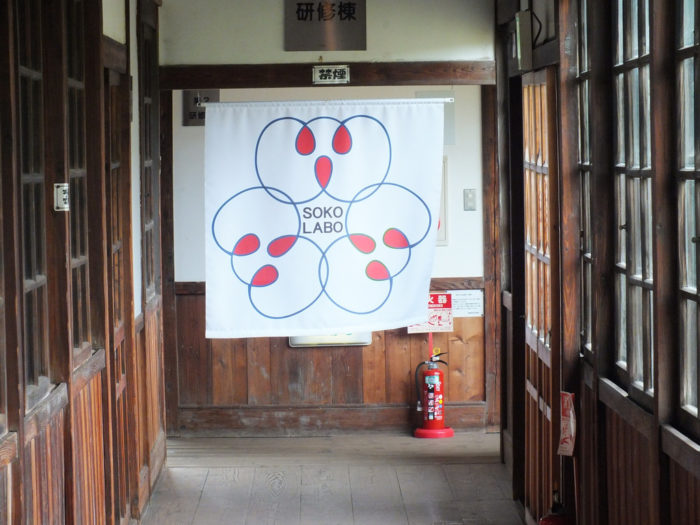 Located in the former National Sailor School, it’s a series of projects by a few artists. Installations were somewhat interesting, but reminded me a bit too much of what has been done in the school of Shamijima, both in 2013 and 2016.

They also worked in association with Katsuhiko Hibino and his Project for the Museum of Seabed Inquiry Ship in Setouchi, that I really need to tell you about one of these days. 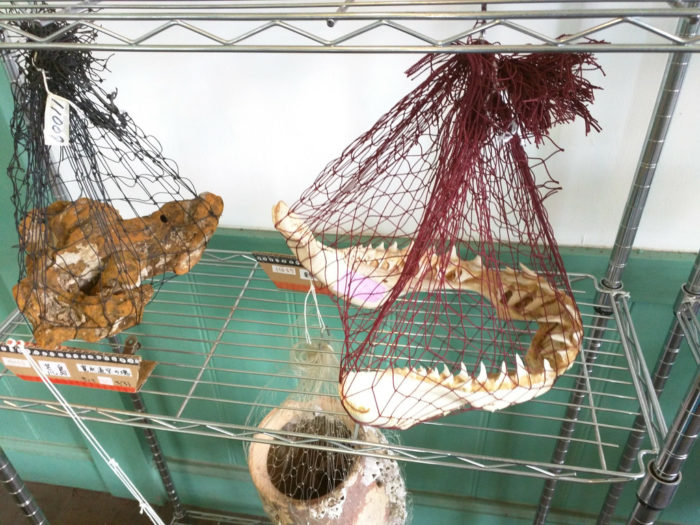 A detail of Soko Soko Sozosho, the main feature of the project. 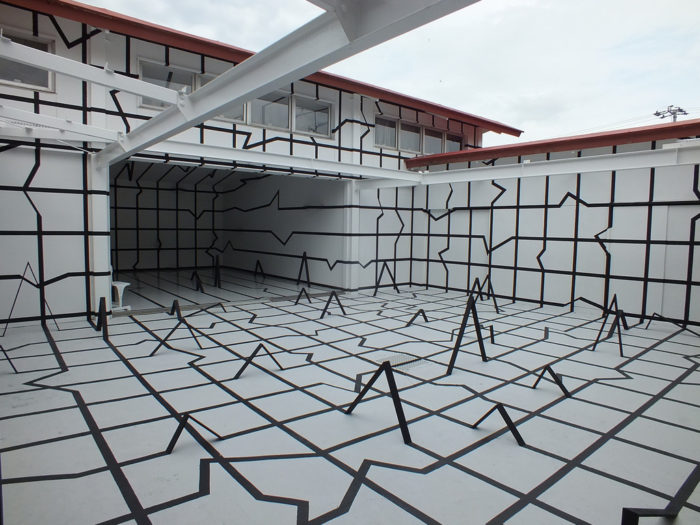 Contours of Thinking by Esther Stocker 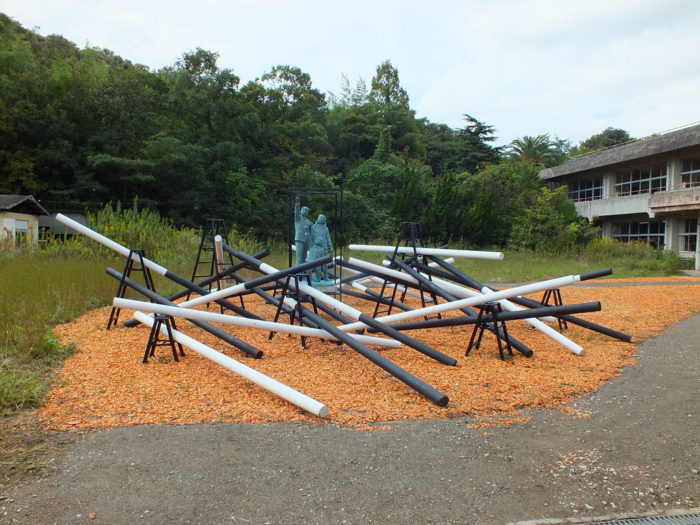 The Song of the Children All Gone by Mounir Fatmi

On the way to the other side of Awashima (well, due to its peculiar shape, Awashima has several “other sides”). 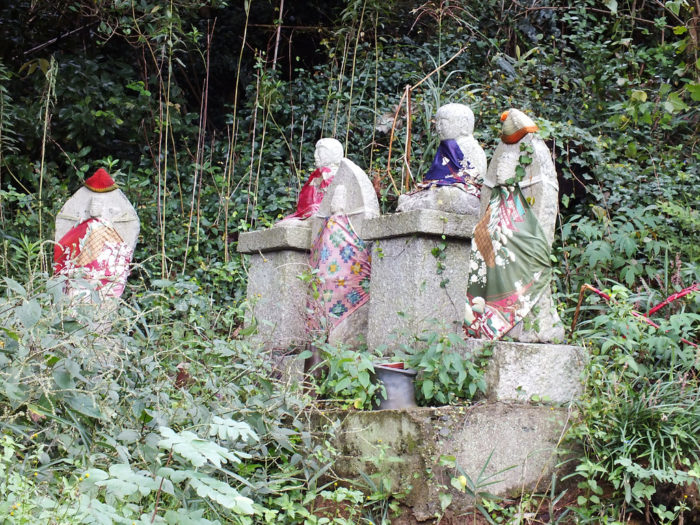 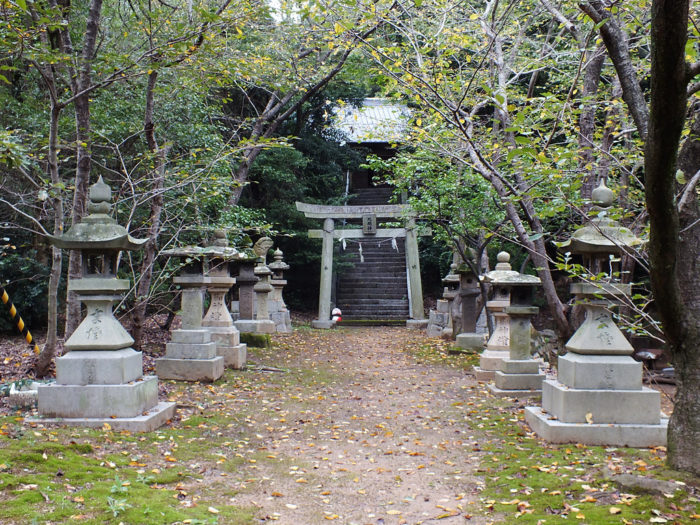 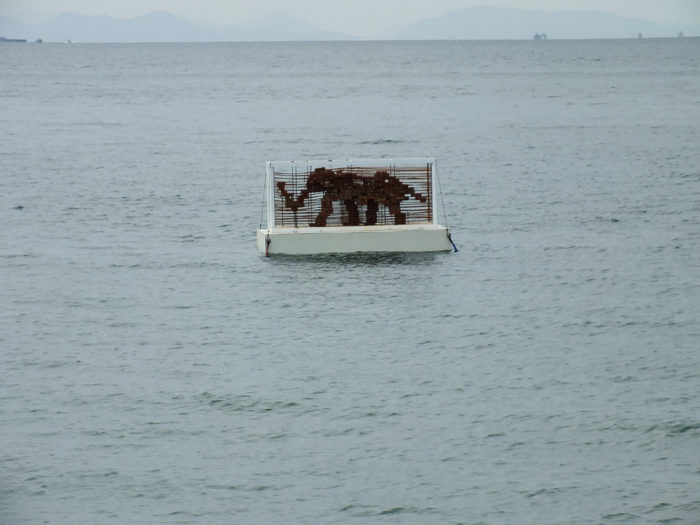 This floating elephant is made of bricks that – if I understood right – were found on the seabed near Awashima.

It’s called Re-ing-A and it’s a part of Project for the Museum of Seabed Inquiry Ship in Setouchi by Katsuhiko Hibino.

The elephant’s story is told along the seawall with letters (well, hiragana and kanji, really) made by kids from the area. 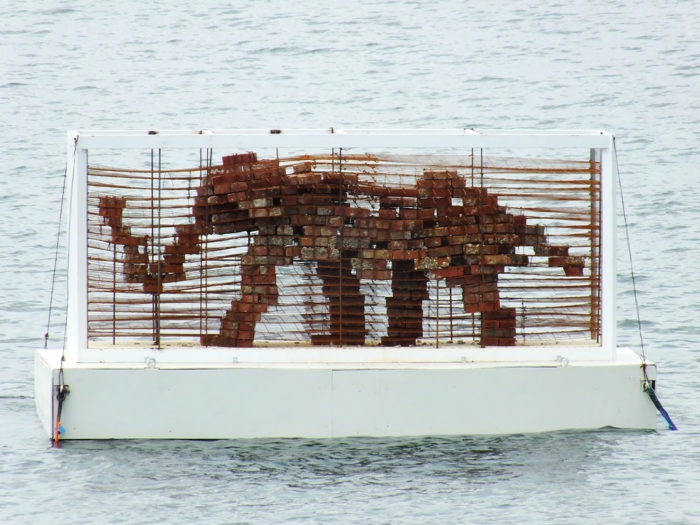 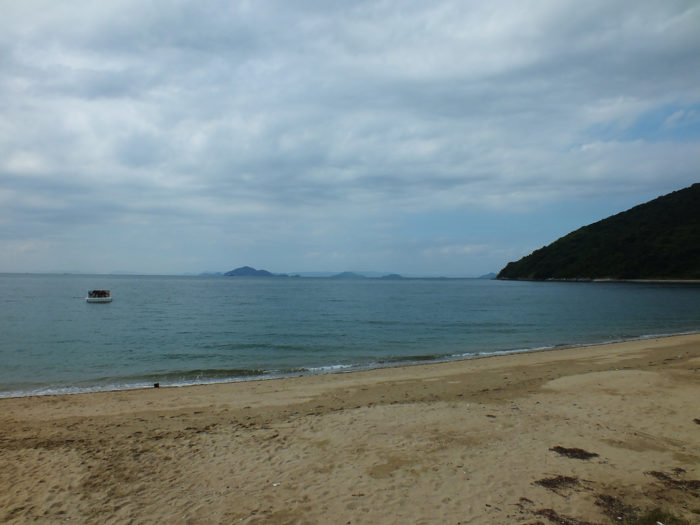 It has changed a little bit since the last time I visited it, two years ago. The project has become quite successful and I believe it has gained some notoriety, the number of letters having grown quite drastically. I don’t know if it’s because of that, or because the place was quite crowded, it felt like the place had gotten smaller. 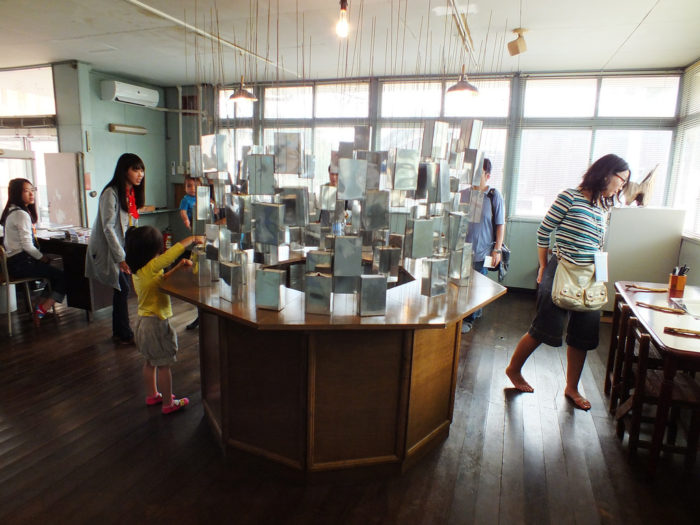 Saya Kubota is on Awashima for the whole month of October. We’ve been exchanging a few e-mails lately, and were supposed to meet, but unfortunately, we missed each other. 🙁 So I guess that means that instead of a small video interview, you’ll get a written one sooner or later. If you see her at the Missing Post Office, do not hesitate to say hi, she’s a very friendly woman. 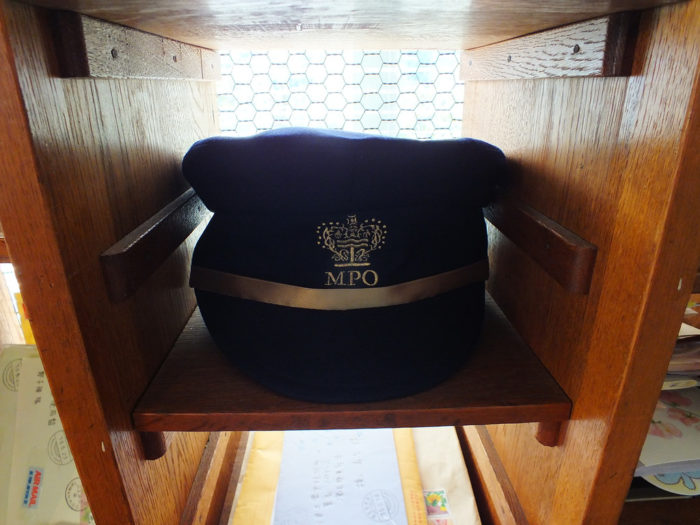 Our last stop was at the Awashima Artist Village, also called Hibino Shogakko. It was unfortunately a very brief stop (full disclosure: Hana wasn’t on her best behavior, so we had to cut some visits short, especially that one), but I was glad to see that some of the art that was being made there by the artists in residence two years ago was included in the installations. 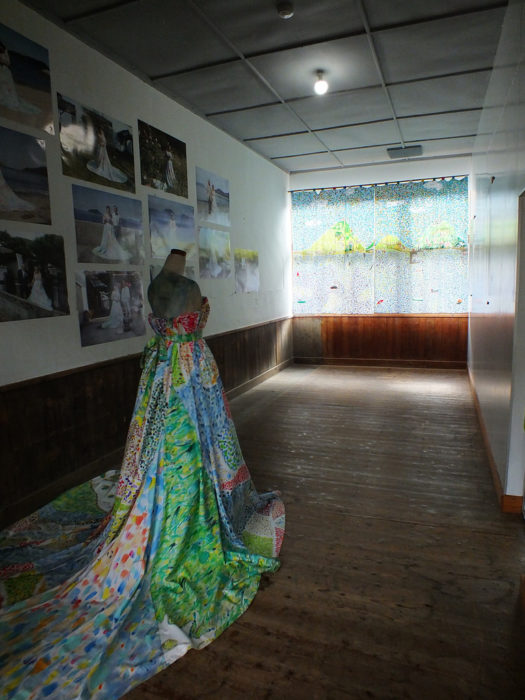 That’s pretty much all for today.

Sorry there wasn’t more text, but if I want to post in a timely fashion during this Fall session, I will have no other choice.

Tomorrow, I’m heading to Megijima and Ogijima (who said “again?” – I definitely beat my record of number trips to both islands this year), next week-end, we’ll see. 🙂

2 thoughts on “Setouchi Triennale 2016 on Awashima”