For a few weeks now, the first pieces of information about the next Setouchi International Art Festival have been released, and the first thing you need to know is that it is now called the Setouchi Triennale. Which is a good thing, it’s shorter to type, and in a more serious manner, the name change clearly indicates that the Festival is here to stay. It is now clear that it was not a one-shot thing but something destined to last.

This is what its administrators have hoped since the very beginning, but nothing was sure for a long time, even though the first inception’s amazing success made a second edition an almost sure thing.

Let me remind you that the main goal of the festival, beyond being a big contemporary art festival, is to revitalize the area, not only by attracting tourists, but also and mainly by making the area and its issues known for as many people as possible, and also making the area and the islands attractive again so that people want to move there and make them a lively place again.

The two things that have been announced so far are dates and locations.

All the locations that hosted the Triennale’s first edition will also host the 2013 edition. That isInujima, Megijima, Naoshima, Ogijima, Oshima, Shōdoshima, Takamatsu Sunport, Teshima and Uno Port in Tamano.

However, four new locations have been added: 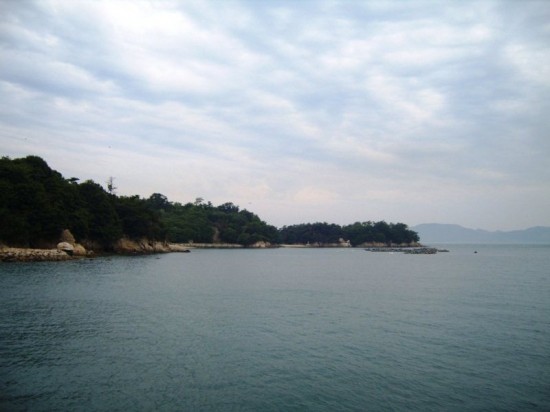 In 2010, the Festival took place roughly between July 20th and October 31st. In 2013, things will be slightly different. The Setouchi Triennale 2013 will also last about three months, except that those three months won’t be consecutive:

I’m still not sure what to think of this decision. On the one hand it may allow more people to come and those visitors to be more spread out over the three months (in 2010, about two thirds of the visitors came during the last month). It will also allow the islanders to get some rest in between, and not have to go through three crazy months in a row (I’ve heard that this is one of the main reasons of this schedule, the first festival, while much welcome by the islanders was also quite taxing – remember that most of them are old). However, I’m afraid, this schedule could hurt the rhythm of the whole thing, possibly the enthusiasm of some people, I don’t know. I hope not.

One last thing, if you are an artist and are potentially interesting in taking part in the triennale, a call for projects will be done soon. I’ll mention it on this blog in due time.

So, those are the only information I have about the Setouchi Triennale 2013 right now. More will come in the next months for sure.

Update: The list of artists who will take part in the Setouchi Triennale 2013 has been published (just follow the link).