On Sunday I took part in a pretty interesting workshop.

If I understood correctly, it was organized by Archipelago and JEAN – Japan Environmental Action Network (as well as Ogi de Asobitai?) and led by Yoshifumi Oshima. It was about creating picture frames from various scraps and junk found on the area’s island beaches.

I hopefully won’t teach you anything when I say that the seas all over the world have become real garbage dumps, and it’s pretty much the same for most coasts. And if big cities and famous beaches have the means to clean them up, it is not the case for many places, included the Seto Inland Sea islands about which I talk about all year long on this blog. So, these are NPOs and volunteers who clean the beaches as much as possible. More details about them later.

Why did I take part in this workshop?

Well, for a few reasons: 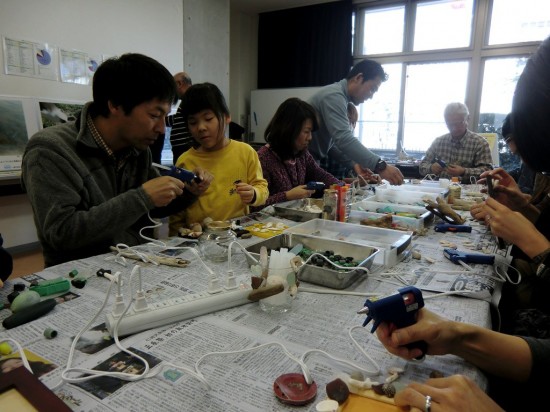 While brief, the experience was interesting. I still have a lot to learn before being able to make anything decent or even interesting, but that was not the goal there. The goal was to make something. I’m sure you’re very curious about what I made, but unfortunately for you, you won’t see it on this blog, as I’m not exactly proud of it. If you really insist, you can see a glimpse there, although I actually advise you to check out what the man on the right in the first picture made, much more interesting than trying to get a peek of my “works”.

One last thing about the workshop. It is one of those little things I love about Japan (or at least in Takamatsu, but I’m pretty sure that it’s the same in the rest of the country), this habit NPOs have to organize events where people actually do/make/create things, not just watch how it’s made or listen about the thing.

Because, the main point of the workshop was not just for us to become wannabe artists but to raise awareness about the issue of all of that trash that is on the oceans and lands on beaches everywhere. An issue that doesn’t seem to have a real solution as long as rich countries will keep on having this over-consumption lifestyle.

It seems obvious, but facing that reality makes you realize how bad the problem is. Along with the workshop there was a small exhibit of sample of things that have been collected on the Seto Inland Sea beaches. 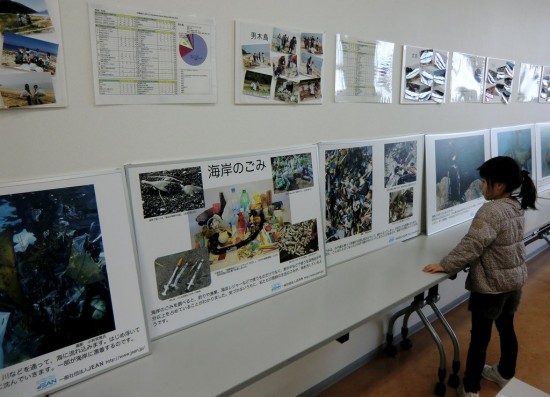 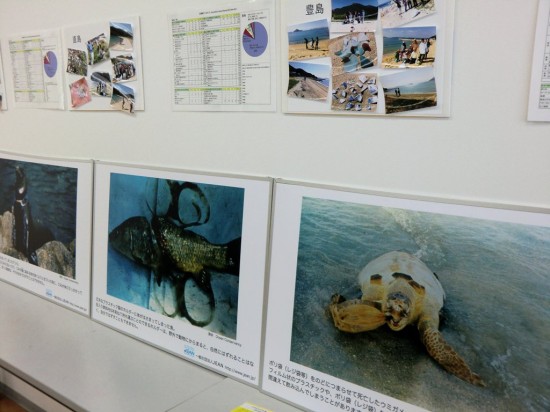 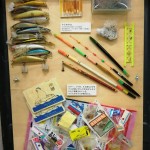 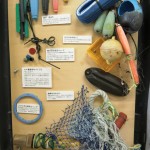 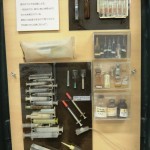 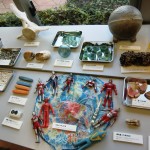 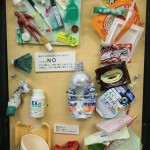 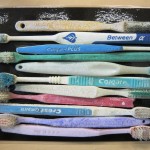 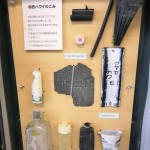 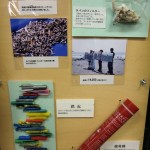 Yes, I know, not exactly a heartwarming post, but that too is a reality that should be mentioned.

However, the point of this workshop (and other initiatives): creating something from this junk, made me think that this could be a solution, not to solve the problem (I’m not too optimistic here) but to minimize it. To develope some sort of beachcombing recycling industry, the same way there is one for paper and glass and all. Maybe…