Last Sunday, the weather was perfect. Well, as perfect as it can be for February. Not a cloud in the sky, almost no wind, and while it was cold, it wasn’t too cold. The perfect day to go to an island (or a temple? believe it or not, I still haven’t visited all of the Shikoku Pilgrimage temples that are in Kagawa Prefecture, that’s one of the goals for this year). However, we had some errands to run in the morning, we had to settle for somewhere in Takamatsu instead, as it was out of the question to spend the afternoon indoors.

You know, when you live in a certain place for long enough, after a while, you tend to always go to the same spots, and almost start to forget that other spots where you haven’t been yet exist too. I think I’m getting there with Takamatsu. I don’t know the whole area inside out yet (I’m slowly getting there), as there are some parts of town I never go to, and some spots I don’t really know.

So, that’s where we were last Sunday after lunch:

And suddenly, I remember that a new park opened last Spring in Aji, and that it really was worth a trip from what I had heard.

So, after a short ride to Aji, and a quite steep climb (by car) to the top of a small mountain (one goes from a few meters of altitude to 220 meters in just two kilometers) we arrived at Aji Ryuozan-koen (or Aji Ryuozan Park, which means Dragon’s Mountain Park in Aji).

As soon as we got off the car, this is what we saw: 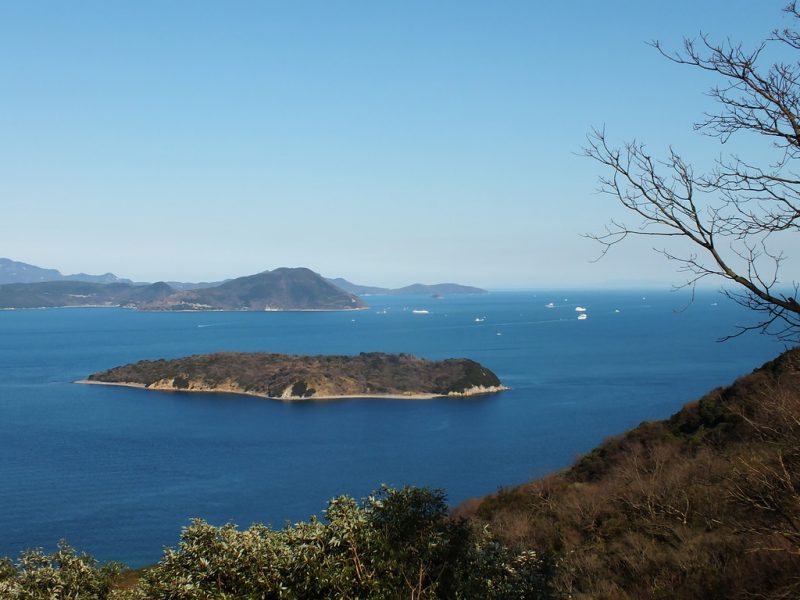 In the background, Mito Peninsula on Shodoshima.
The small unpopulated islet in the foreground is Takashima. 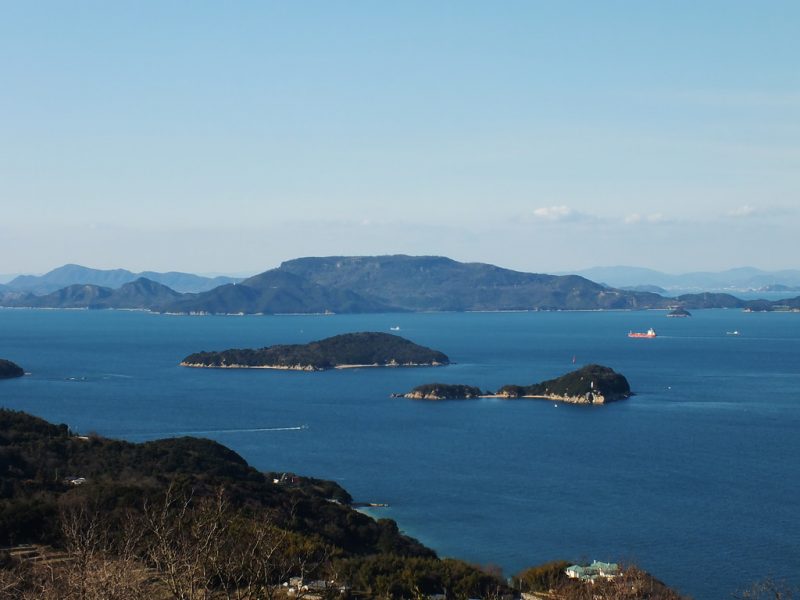 In the foreground, the northernmost tip of Shikoku, then the two islets are Inagejima and Kabutoshima (hmmm… -jima? -shima? I have never heard anyone talk about them, so not sure how their names are pronounced) and finally in the background, Teshima. And even more in the background, Honshu. 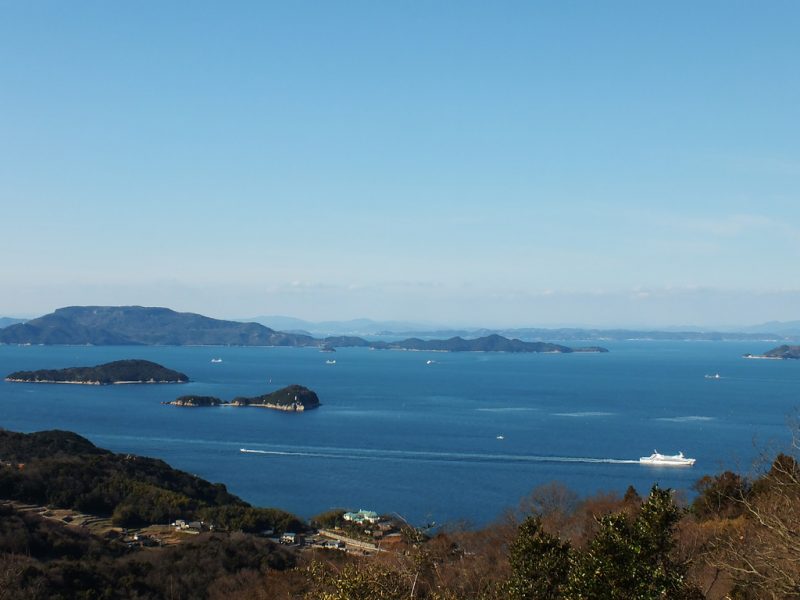 Same as above, with the addition of the ferry to Kusakabe Port (on Shodoshima) 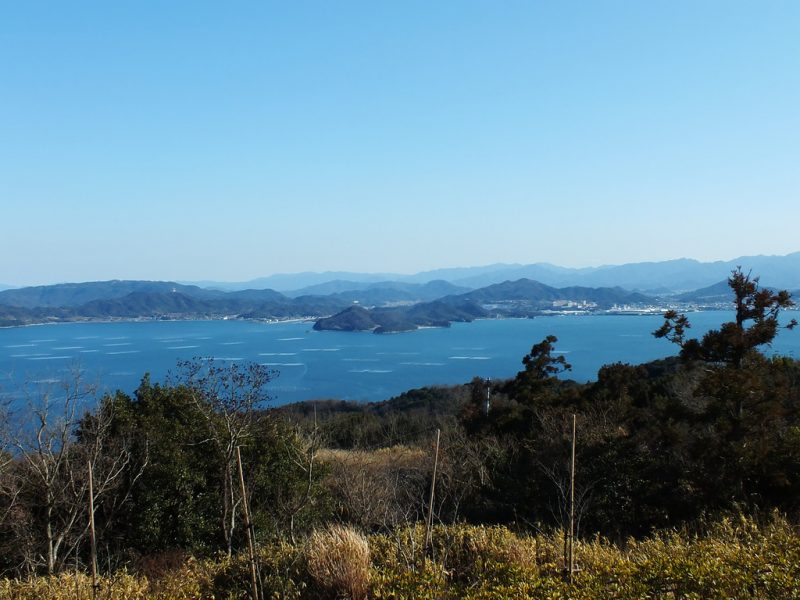 Shikoku (with the small town of Shido) 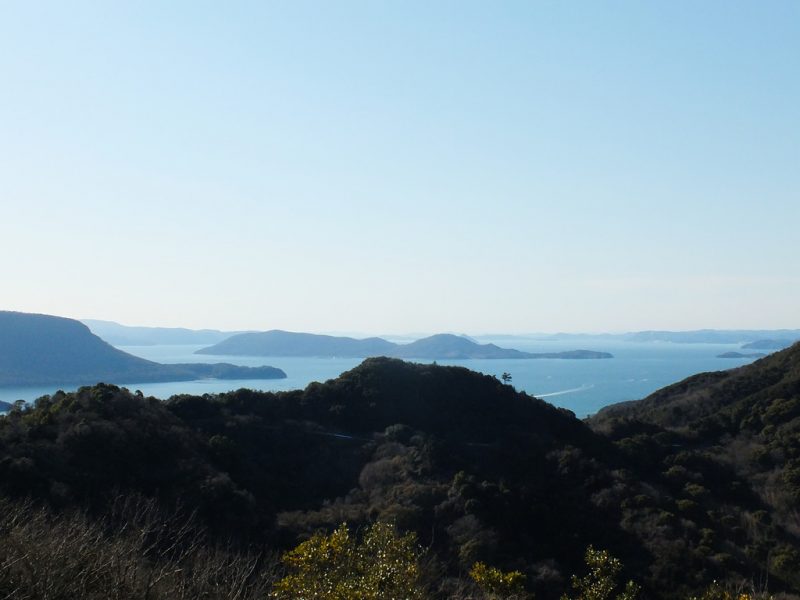 Yashima to the left, Megijima in the middle. Sadly, there’s a hill that blocks the view to Ogijima and Oshima (we can only see the very tip of Ogijima in the right side of the picture).

As for the park itself, here it is: 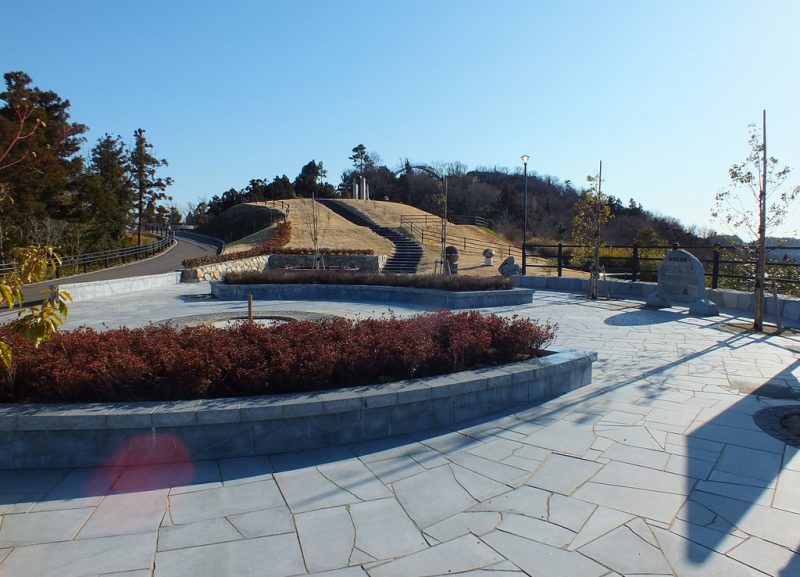 It has a pretty nice set of sculptures, probably all of them made of Aji stone:

Some of you may think that the column with what looks like elephant feet looks familiar. Indeed, it used to be located in Takamatsu Sunport until recently. When I saw it was gone last Spring, I wondered why. Now, I know. I still don’t know where the second sculpture that’s missing from Sunport is though.

And at the top of Ryuozan Park (so, basically the top of Mount Ryuo), there’s an Art Setouchi piece, namely Watch Tower by John Körmeling: 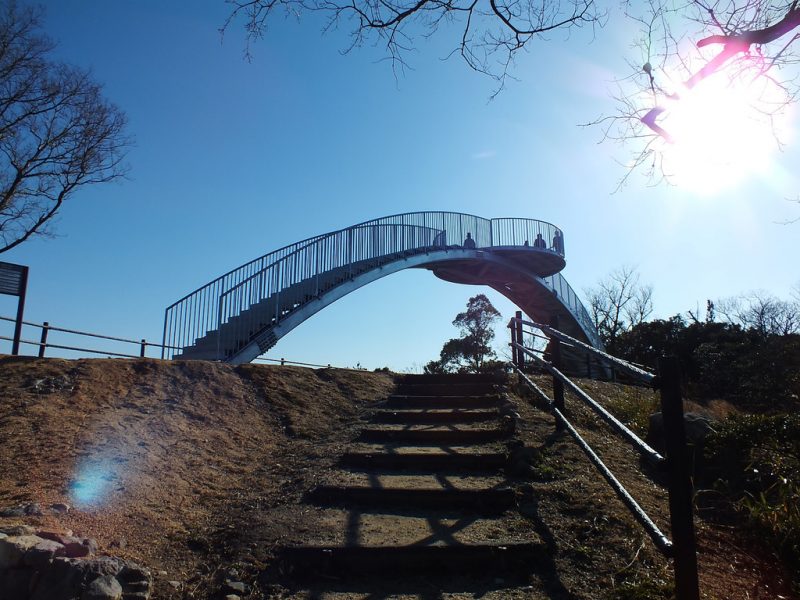 The view from its top is as amazing as previously. And this time, one can see Ogijima. 🙂 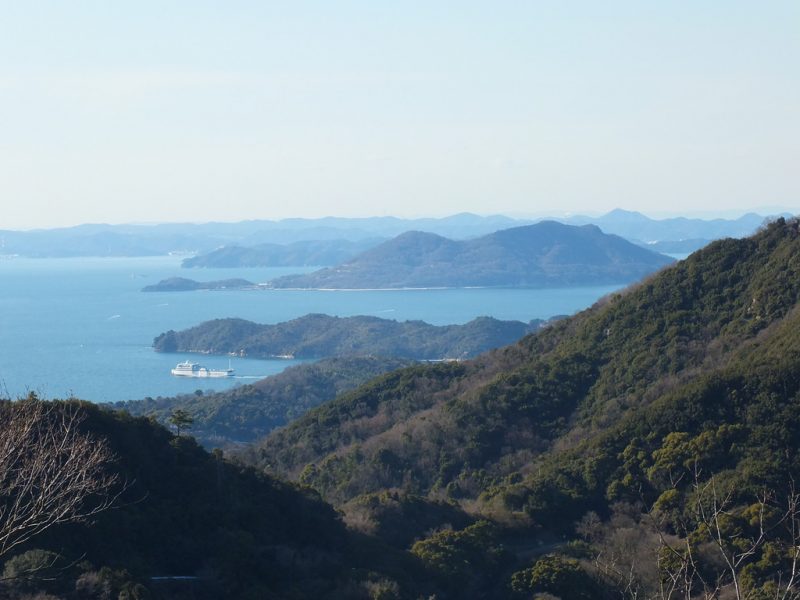 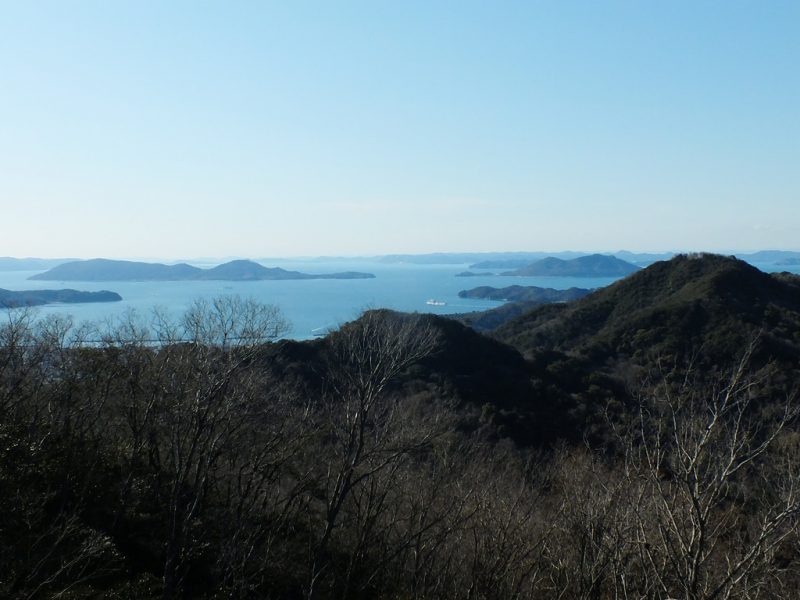 Also, as you may have noticed, the artwork is called Watch Tower (and not Watchtower). And while it is indeed a watchtower, it is also a “watch tower”. Seen from above, it is the shape of a watch, and when you’re standing at its top, it tells the time, as it’s also a sundial: 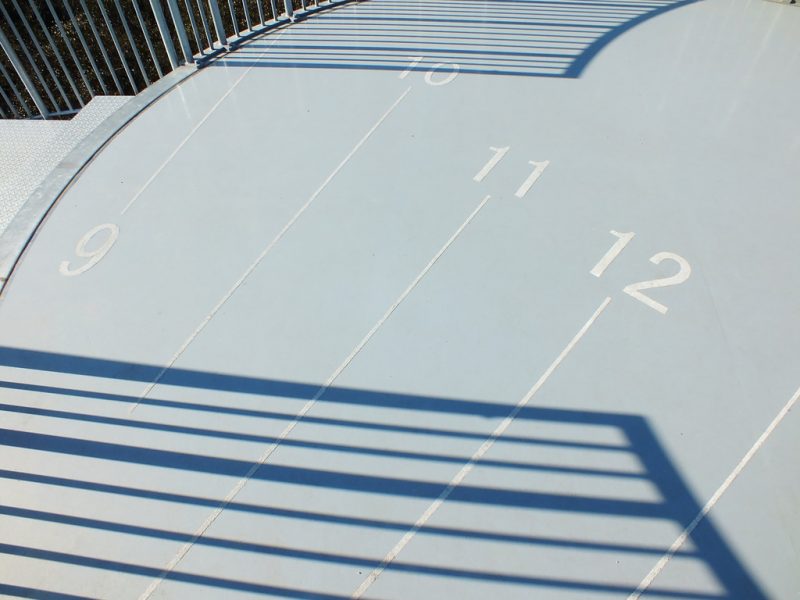 First I was a bit confused about how to read the time, there was no visible gnomon. Could it be the shadow of the rails aligning with the markings? That would have been great, but no, I don’t even think that’s possible. Actually someone was hiding it from me. And when they moved: 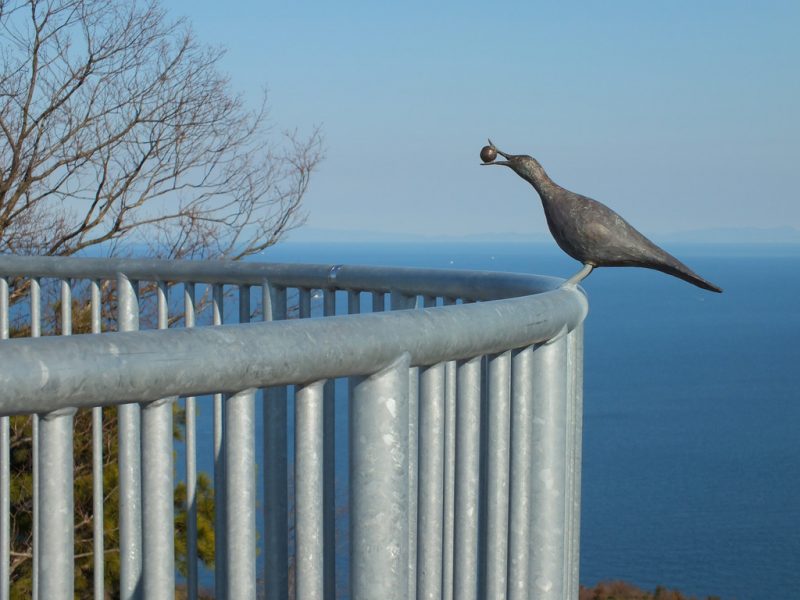 Yep. The bird is the gnomon! 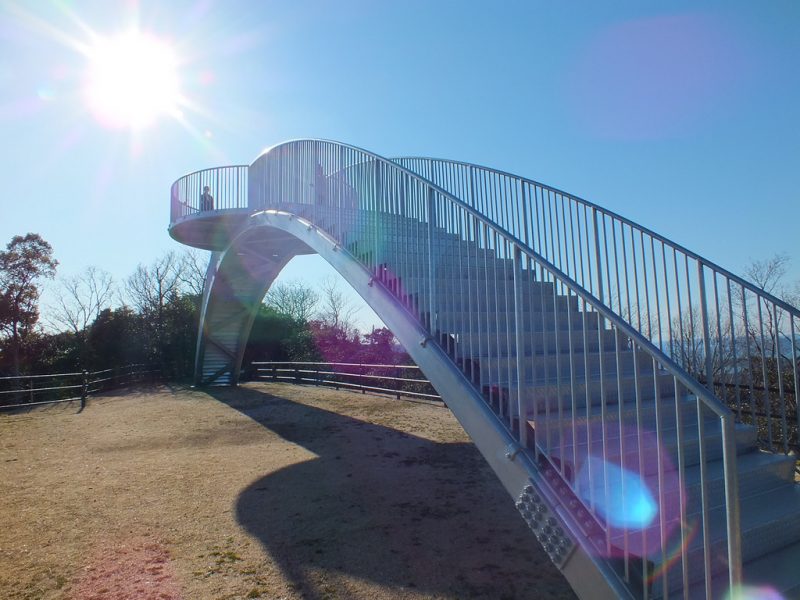 One side of Watch Tower… 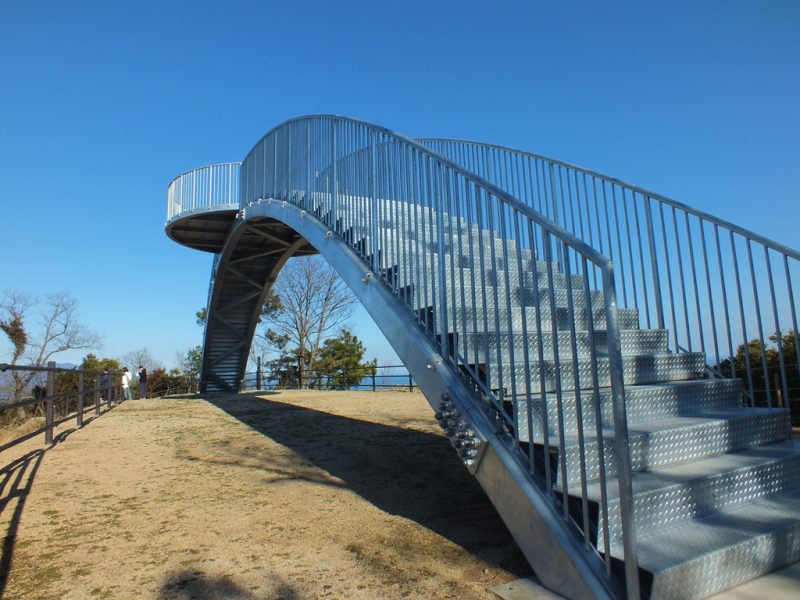 … and the other one. 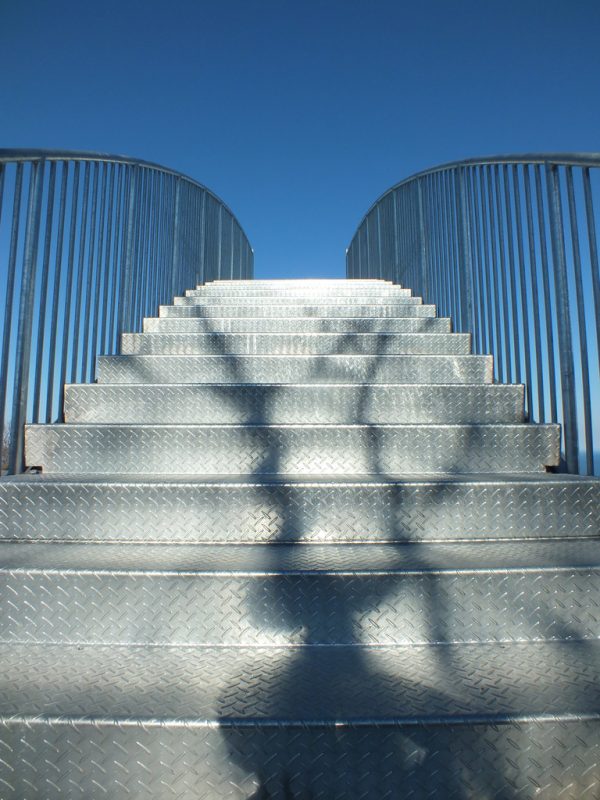 After the Watch Tower, there’s a path in the forest that leads to a more “natural” part of the park, however: 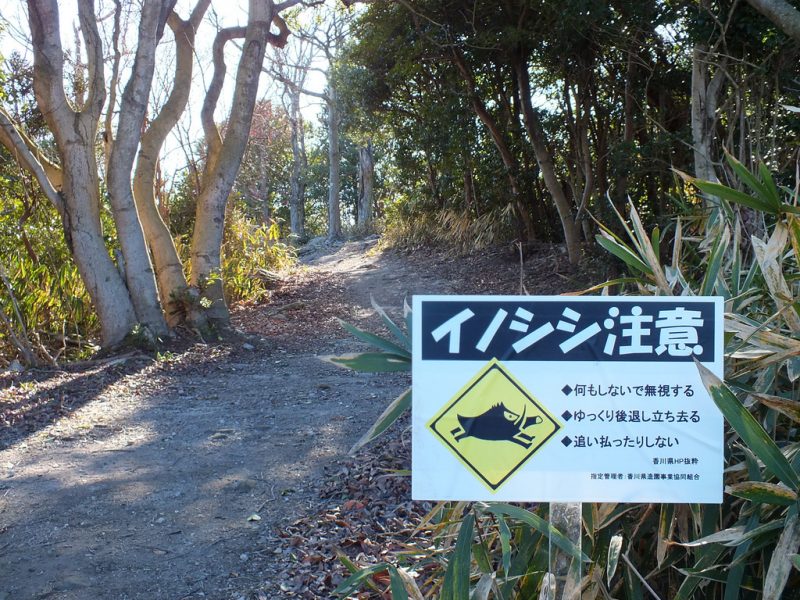 Just like everywhere else in the region, wild boars have taken over the area. I don’t think they’re really a danger for adults during day time (well, you never want to frighten one, that’s when they can be dangerous – so remember, if you’re walking in a wooden path in the Japanese countryside, be loud, so that they hear you coming), but being with two young kids, that’s not the kind of risk I’m willing to take. So you’ll have to see what lies beyond this sign for yourself . 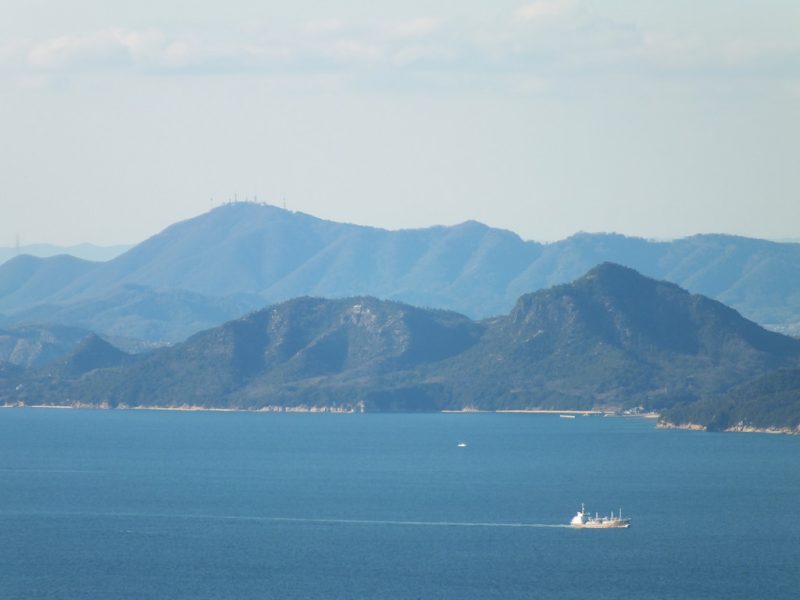 One last picture of the sea, with Teshima (one can see a glimpse of the village of Ko) and behind, Shikoku (Okayama). I simply love the “drape” on the mountains. 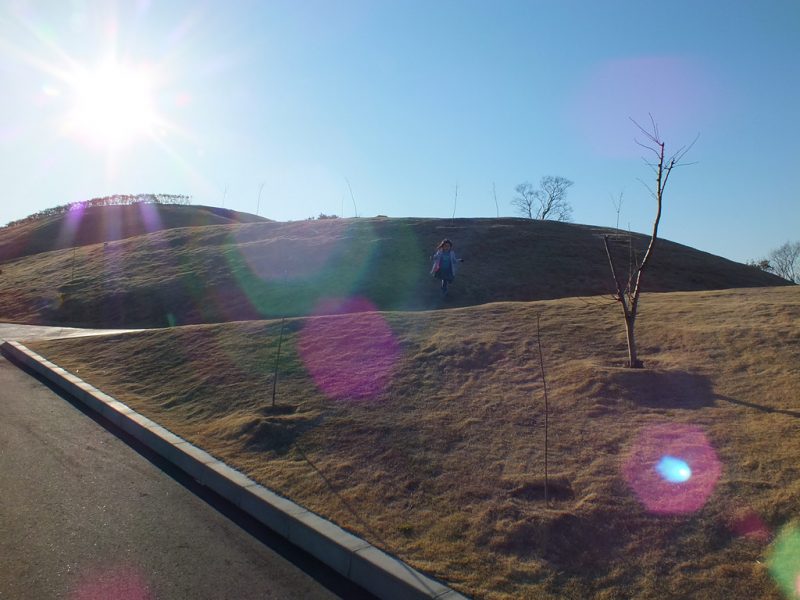 2 thoughts on “Ryuozan Park in Aji”