After watching the Naruto Whirlpools, we drove to the town of Naruto to visit Ryōzen-ji (霊山寺), the first of the 88 Shikoku Pilgrimage temples.
You may already know this, but when you decide to walk (or bike or drive) the Shikoku Pilgrimage, you just don’t start anywhere. Well, you could, but it is better not to. Why? I don’t know why, it’s just better not too; the temples don’t have official numbers for nothing. So when you start the Shikoku Pilgrimage, you start at temple number one, is other words, you start at Ryōzen-ji. And there were actually quite a lot of people in it that day (but maybe it’s simply because it was on a Sunday). 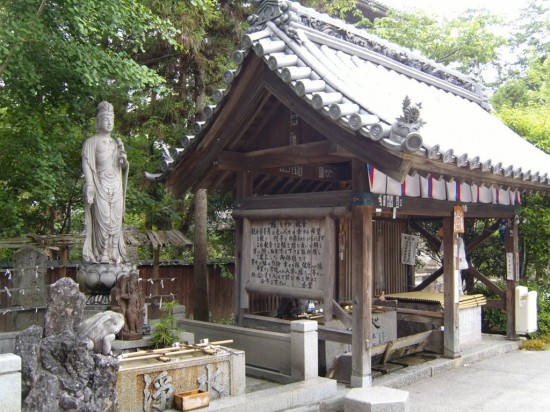 Also, when you start the Shikoku Pilgrimage, you don’t just go to Ryōzen-ji and start walking. First you have to become a pilgrim, or should I say a Ohenro-san, as it is the name of the pilgrims who walk the Shikoku Pilgrimage. And how do you become a Ohenro-san exactly?
Well, just like in many other situations in Japan, it all starts with a uniform!
Yes, pilgrims wear a specific uniform that tells the world that they are indeed pilgrims.
(I don’t have decent pictures to show you yet, but you can see two of them back in my post about Negoro-ji)
And where do you get the Henro uniform?
In Ryōzen-ji of course!
(ok, to be fair, you can buy it in many other temples, but you’re supposed to do it there) 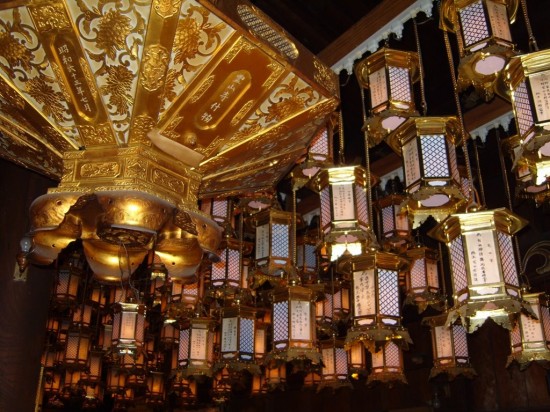 Note, that this is one of the few Buddhist temples where pictures inside are allowed.

Something that can be quite disturbing for Westerners in most Buddhist temples in Japan is the Swastika!
I hope I’m not teaching you anything when I say that Swastikas were not invented by Nazis, that they have existed for centuries if not millennia and that they can be found in many cultures and traditions. However, because of the very bad publicity Hitler made of that symbol, it is now more or less taboo in the Western world (it’s even illegal in some countries). What, we Westerners, tend to forget at times, is that in many other parts of the world, the symbol doesn’t carry that stigma at all. It was very common before the Nazis made it theirs, and it is not 20 years of misuse that made it persona non grata (or should I say symbolum non grata… non gratum? Damn, my Latin is more than rusted). Among those countries: Japan (and I assume most Asian countries) where the Swastika is still very common on many Buddhist buildings among other things. However, there’s a difference with the Swastika we’re used to in Europe; the Buddhist one is “left-facing” and not on a 45° rotation.

Swastikas were especially common in Ryōzen-ji and despite the fact that they look different from the Nazi one; it was a bit unsettling at first. I even had a little shock, when looking for a present for my mom; my mother-in-law suggested this pretty pendant, which, upon closer inspection, harbored a big Swastika on the back. It took her a few seconds – and an explanation from her daughter – to understand why I had such a strong negative reaction to her suggestion. 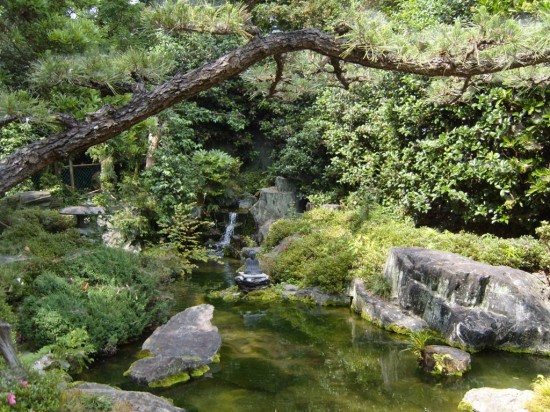 Unfortunately, not much else to say about Ryōzen-ji, we didn’t spend much time in it, and as it was my seventh day of information overload (amazing information overload, but overload nonetheless), I don’t have many memories of it, and unfortunately I haven’t been back yet in my subsequent trips to Japan. However, as I plan to walk the Shikoku Pilgrimage one day (although, as things are today, I don’t see it happening before I retire) I will go back to Ryōzen-ji at some point. 🙂 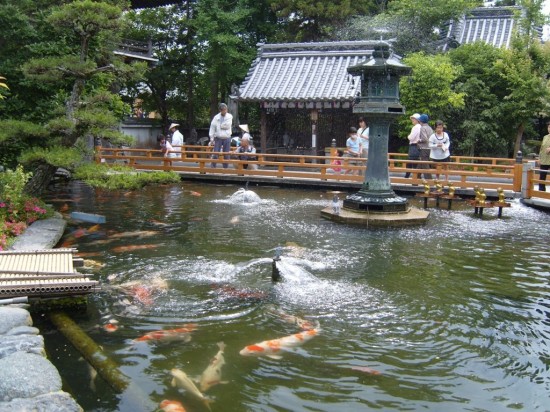 Also, for some reason, I took only those four pictures of the temple. I wish I had more, because it was quite beautiful.