Today, we’re leaving the Setouchi area a little bit. We’re even leaving Kagawa Prefecture to head to its neighbor in the South East of Shikoku, namely Tokushima Prefecture. More precisely, we’re going to the city of Naruto where our destination of the day is. I’m talking about Ryozen-ji, Shikoku Pilgrimage’s first temple.

The temple was probably founded during the early 8th century, by a monk called Gyoki who is credited for founding about thirty of the pilgrimage’s temples. Of course, just like with all the things from that time period, it’s pretty hard to tell what is historically accurate and what is just a legend.

However, it’s only one century later that Kobo-Daishi visited it. There, he had a vision of the historic Buddha praying on the Vulture Peak in India. He gave the temple its current name after this visit and this vision, as Ryozen-ji means “Temple of the Vulture Peak“.

Ryozen-ji is famous for being the first temple of the Shikoku Pilgrimage (also known as the Henro Pilgrimage), but that spot is actually relatively recent. It gained this number one position during the 17th Century, as the pilgrimage was becoming famous all over Japan. Indeed, it may seem odd that a circular pilgrimage has an official starting point. One could say that it almost defies the purpose. Well, you can actually start the pilgrimage from wherever you feel like (the pilgrimage really doesn’t have a lot of “rules”). However, from a practical standpoint, as it was common practice to go to Koya-san (in Wakayama Prefecture) before starting the pilgrimage, most pilgrims would arrive on Shikoku at Naruto’s Port, and as such, Ryozen-ji would be their first stop. Years later, that led to start the official numbering of the Shikoku Pilgrimage temples at Ryozen-ji. 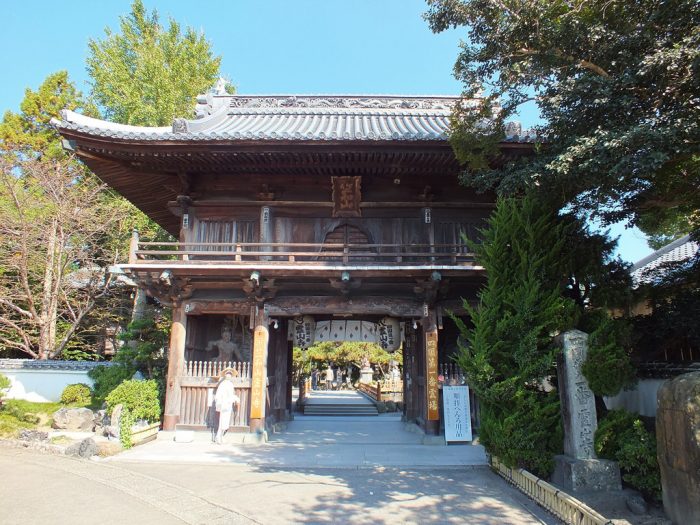 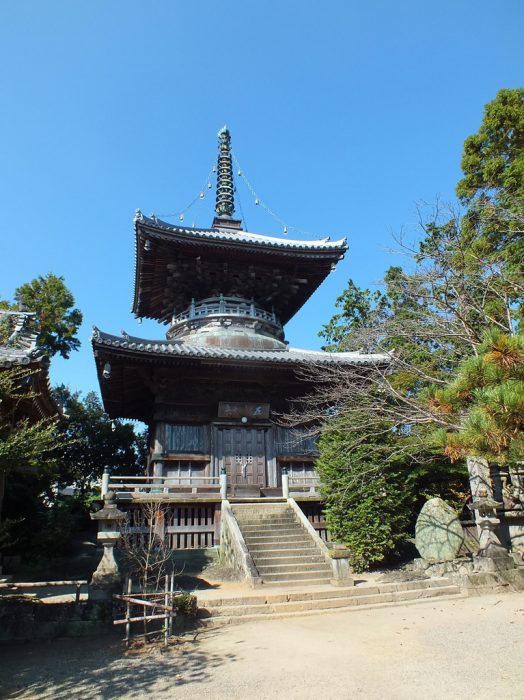 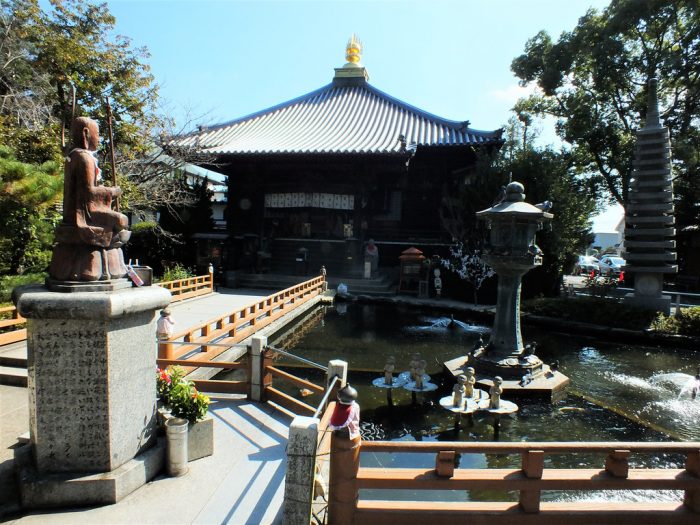 Right after the entrance, a nice garden with a pond full of koi carps. 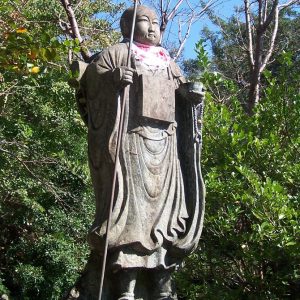 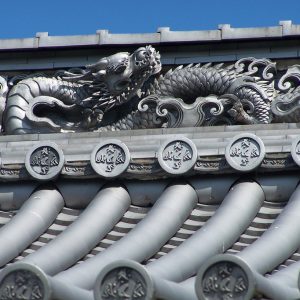 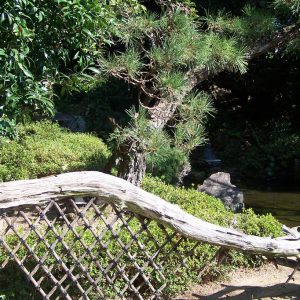 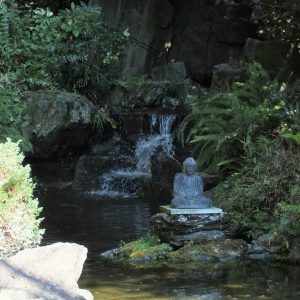 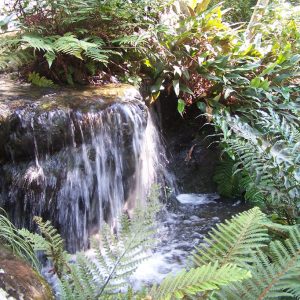 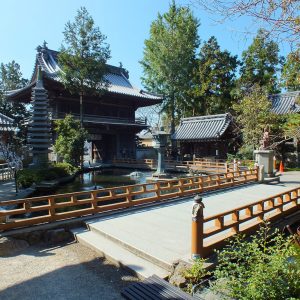 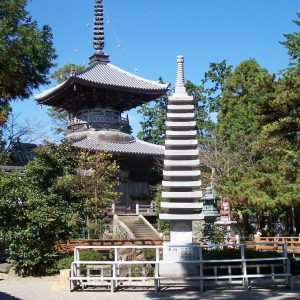 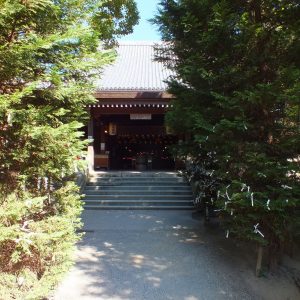 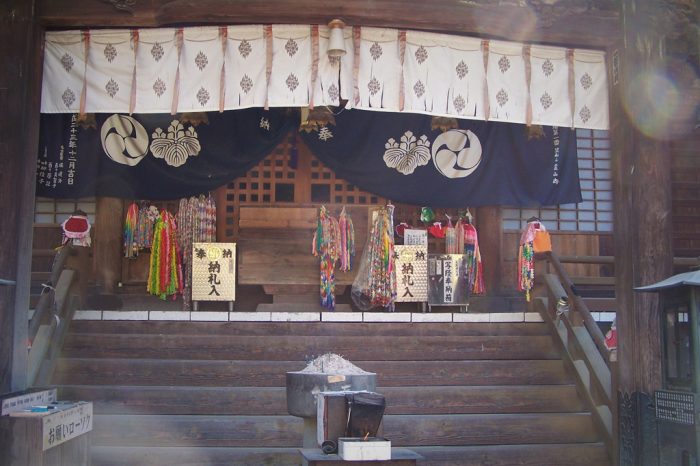 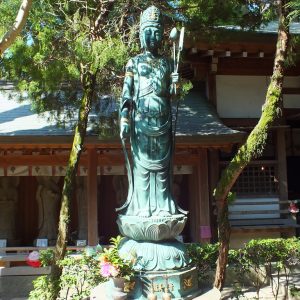 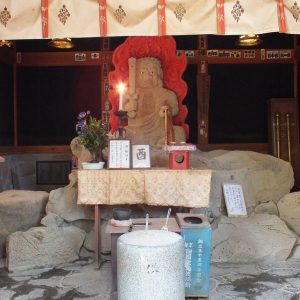 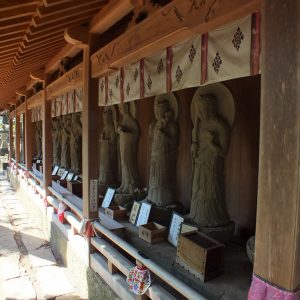 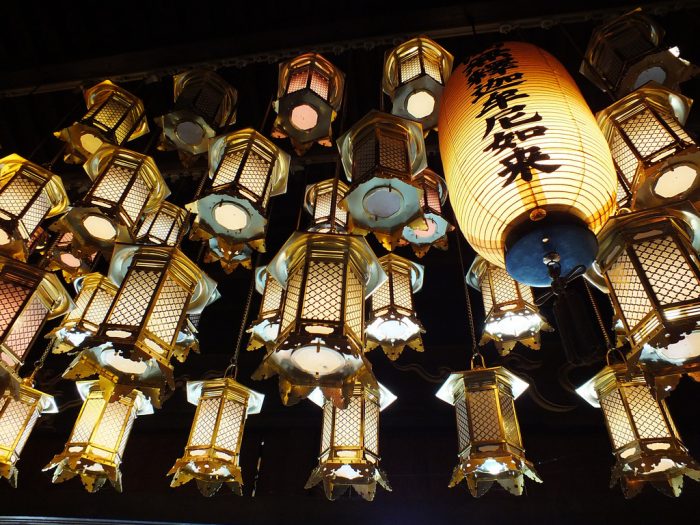 Note that most of the inside of the various buildings of the temple is stunning too. However, just like with pretty much every other Shingon Buddhist temple, taking pictures indoors is almost never allowed. In the case of Ryozen-ji, only one building allows pictures (and even there, you’re not supposed to take picture of the heart of the building, where the Buddha statue and more important things are located), it’s the one that sells various items (it’s not actually a souvenir shop, although it kinda is). Also, the room next door is where you can buy all you’ll need to start the pilgrimage: from white garments, to traditional hat, to maps, guidebooks and more. 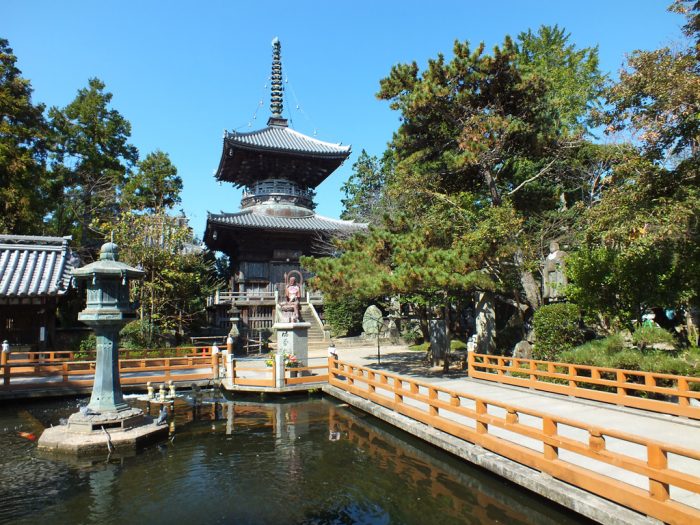 To be continued soon with Gokuraku-ji, the second temple of the Shikoku Pilgrimage… (no I didn’t actually do the pilgrimage, just visited  a few a short while ago. 🙂 )