Well, the title sums up pretty well what I did on Sunday.

A few weeks ago, Oscar Oiwa invited me to help him for a mural painting project on Ogijima.

As you may know, Ogijima’s school reopened last April, but as the old school wasn’t up-to-date with current norms (especially earthquake safety norms), it had to be renovated (understand demolished and rebuilt), which is in the process of happening, and in a meantime, a temporary school was assembled on Ogijima’s port.

There was one issue though, those prefabricated buildings didn’t look too nice on the port, especially right next to Ogijima’s Soul.

So, it has been decided to embellish them with a large mural that will cover the 80 meters long fence. And who was better fit to undertake this project than some of the artists that had taken over the old school during the Setouchi Triennale 2013?

And this is how I ended up in the 8am ferry to Ogijima last Sunday (I never took it that early) and that I faced the heat and sleepiness (I had only slept four hours the night before as my boss had decided for the night before to have our annual get-together) all day long.

There isn’t much more to tell, just a few pictures to show you. Not many, and they’re not that great (I didn’t bring my camera, they’re all from my cell phone), actually I realize that I don’t even have any good one of Oscar Oiwa. 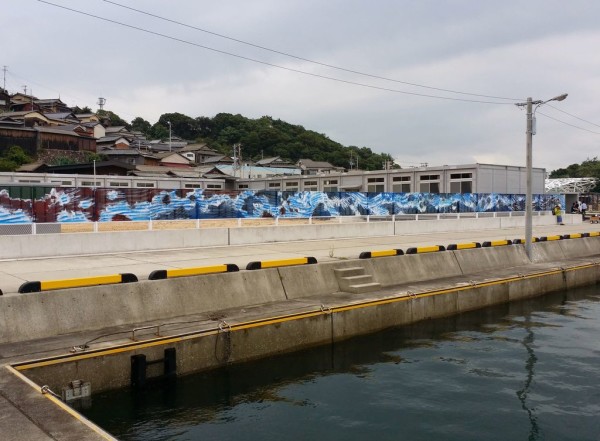 They already had done a large chunk of work on the previous day (I couldn’t be there because of work). Despite the heat, they had all day to work on it. We weren’t so lucky. Well, it wasn’t as hot, so that’s something, but we also had some pretty crazy rain in the morning that made us waste quite some time. 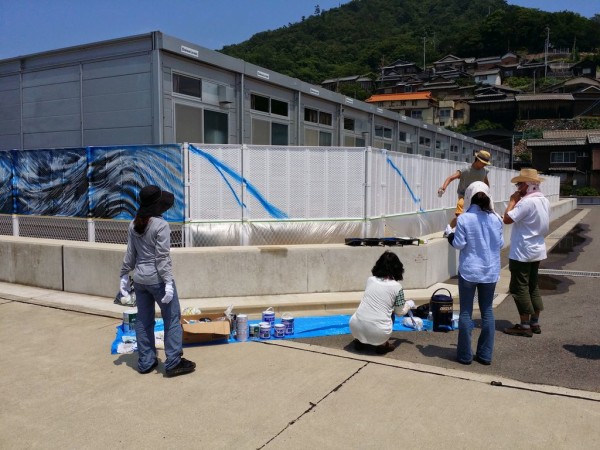 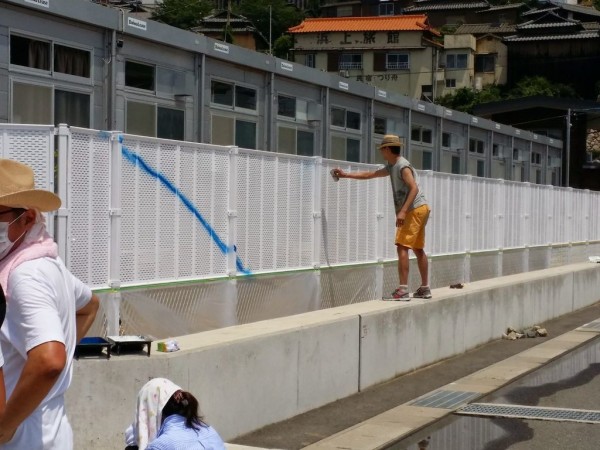 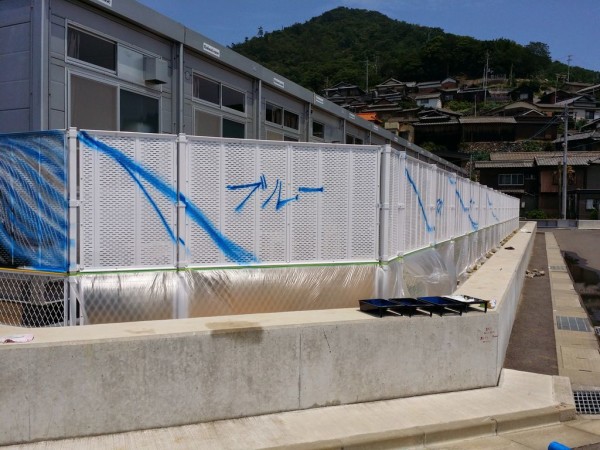 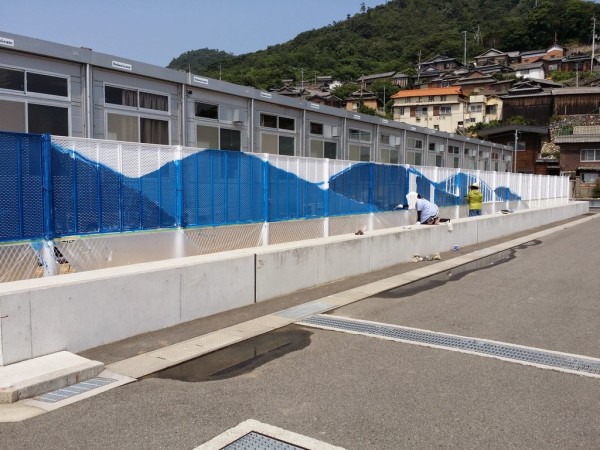 If you wonder what I did, I basically painted the lighter blue section with my “teammate”
(with the yellow-green jacket). 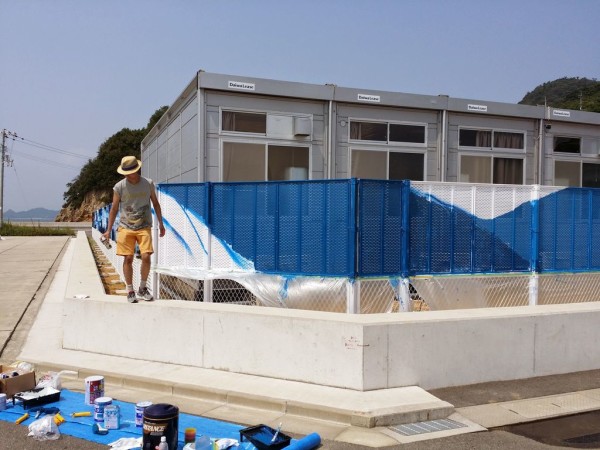 Then, Oscar took his spray cans and turned our patches of color into art. 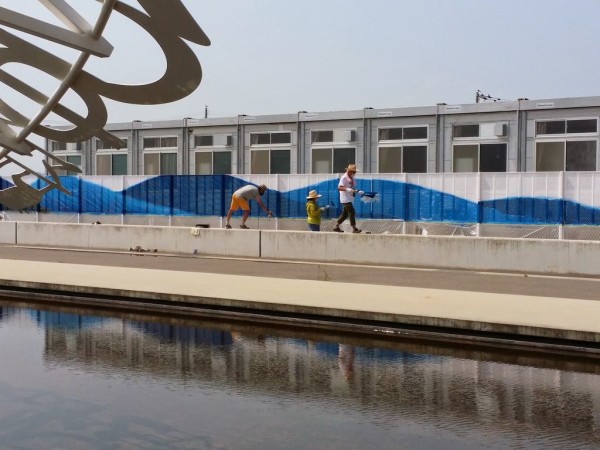 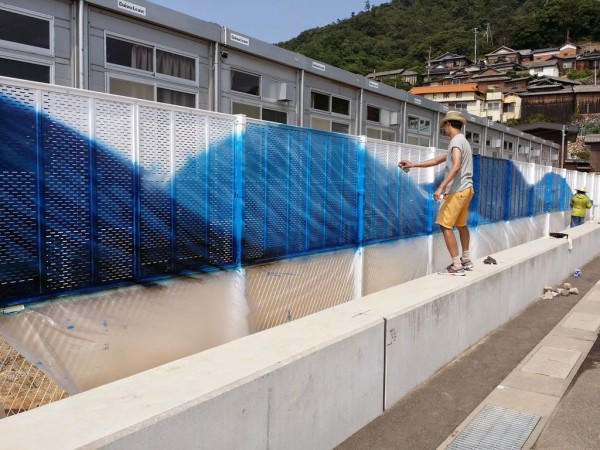 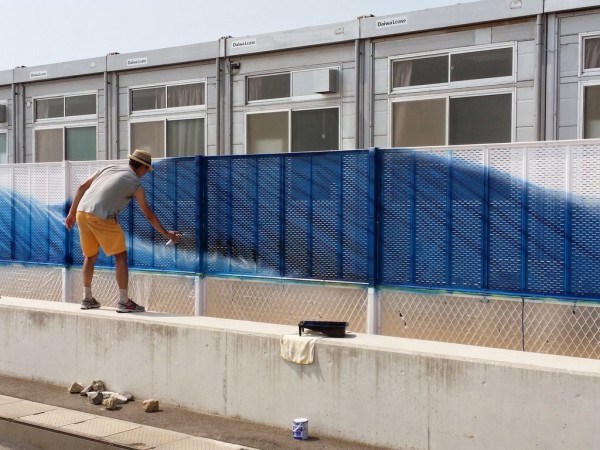 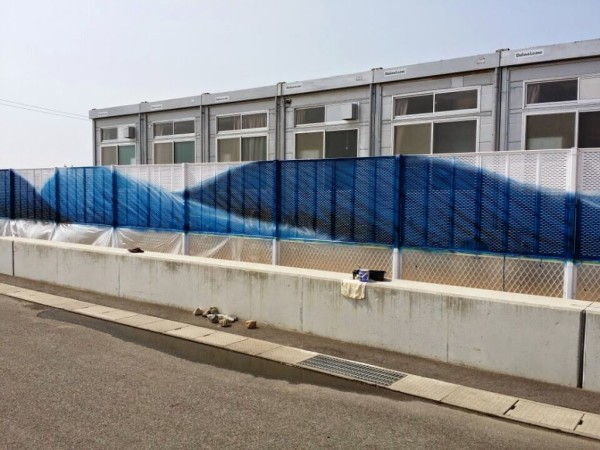 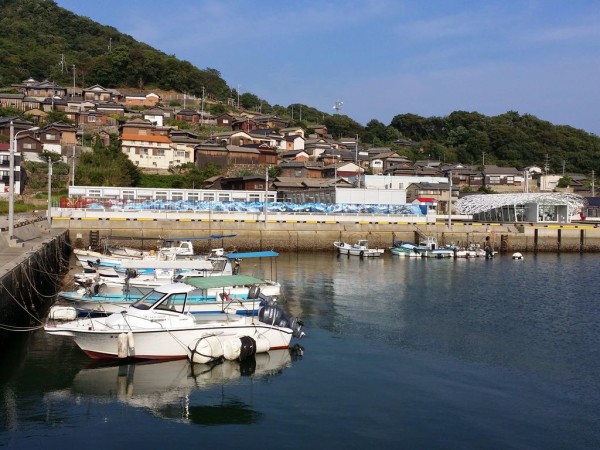 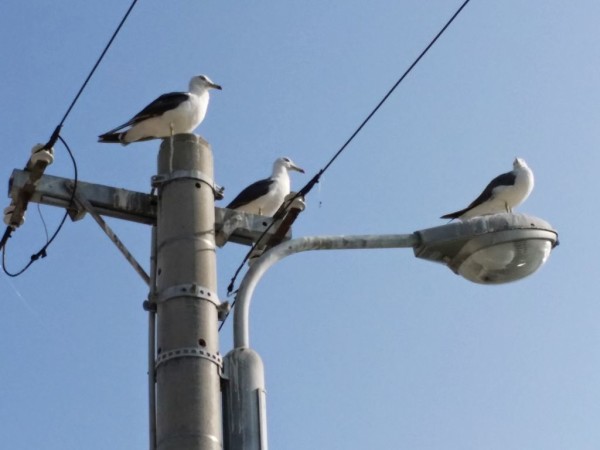 The seagulls spent most of their day checking us out from the top of the electric poles. 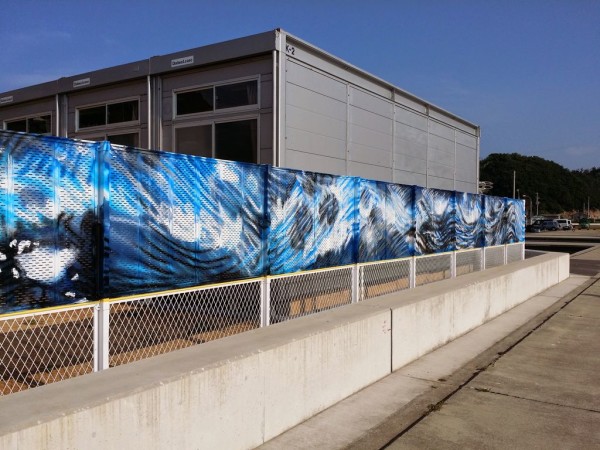 On the left side: the storm! 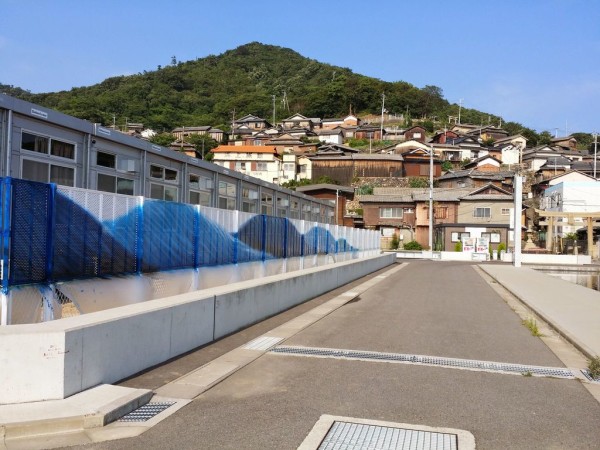 On the right side: calmer seas.

The artwork is not completely finished as Parco Kinoshita joined Oscar Oiwa today and will take over solo (with the help of volunteers and friends I assume) starting tomorrow for two more days. I have no idea how the finished mural will look, and I’m pretty curious as they both have pretty different styles.

I’ll show you pictures very soon, as I’m returning to Ogijima as early as this coming Sunday for the Ogijima Matsuri that only takes place every other year (it will be my first time attending it, I stupidly missed it two years ago). 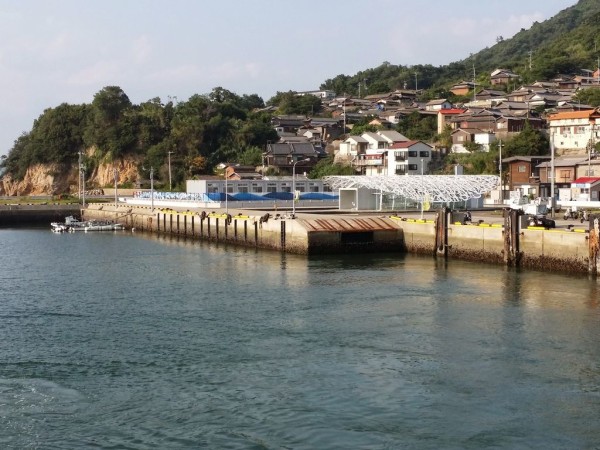 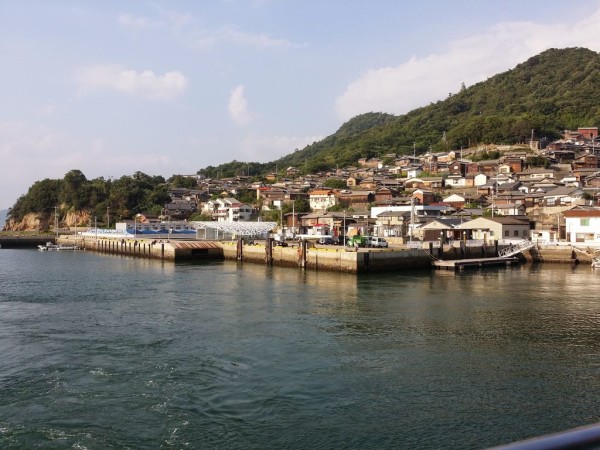