Three years ago for the first Setouchi Triennale (that was called Setouchi International Art Festival back then) Nippo-Brazilian artist Oscar Oiwa created Oiwa Island sur Ogijima. A work of art that was quite impressive and represented an island landscape and was entirely made with permanent markers. Let me advise you to check out this video to get an idea. The piece was among the most beautiful, the most liked and the most popular among all of the art of this first edition.

But at the end of September 2010, tragedy struck as the building located right next to Oiwa Island took fire one night. The fire burned down several buildings, killing one resident of the island and completely destroying Oiwa Island (Madoka was also damaged as well as some of the Karakurin that were exhibited there). The story ends with a somewhat positive note as Oiwa Island was awarded the Festival’s Grand Prize and as such, Oscar Oiwa was automatically invited back to the next festival.

Here we are, three years later and Oscar Oiwa is back indeed, not with one but with two artworks. One of them is on Ogijima and I’ll tell you about it sooner or later (I believe it is set to be permanent) and another one that I will tell you about in the next few lines as I think it will last only during the Summer session of the Setouchi Triennale, so you have only one month left to see it. It is Oiwa Island 2, an almost remake of the original, located this time on Ibukijima.

The original work was located in a room with two mirrors on both lateral walls, that gave a feeling of infinity. This time it’s almost the opposite, as the piece of art is in a large “bubble”. However, when you enter the bubble, you actually “exit” a house located on Oiwa Island and you are outside in this dreamlike world: 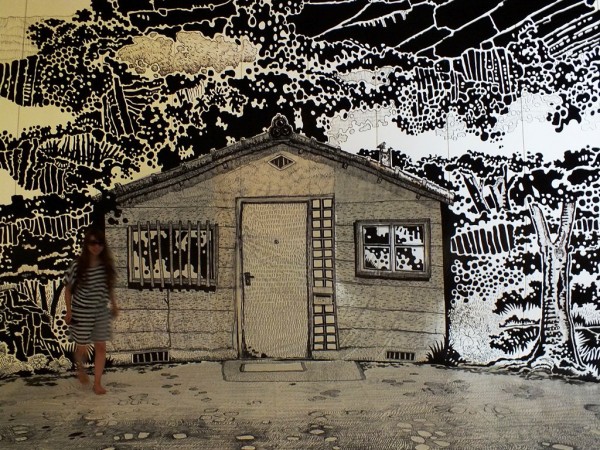 One thing that baffles me (and most likely always will) in Japan is that tendency of posing in front of things that you’re taking a picture of (and ruin the view for everyone else at the same time). 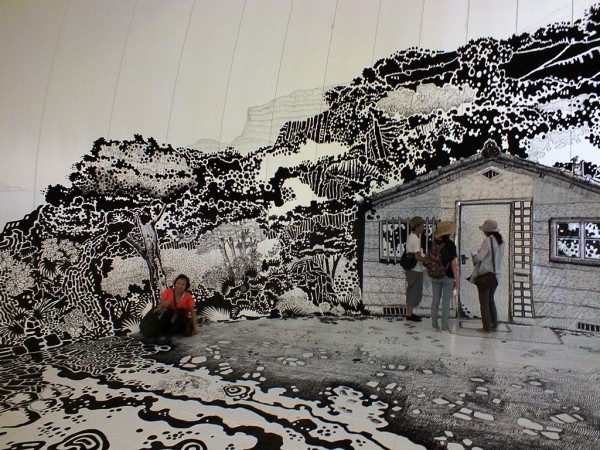 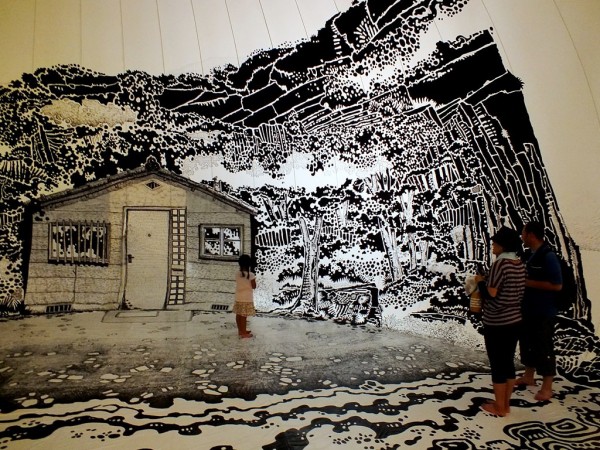 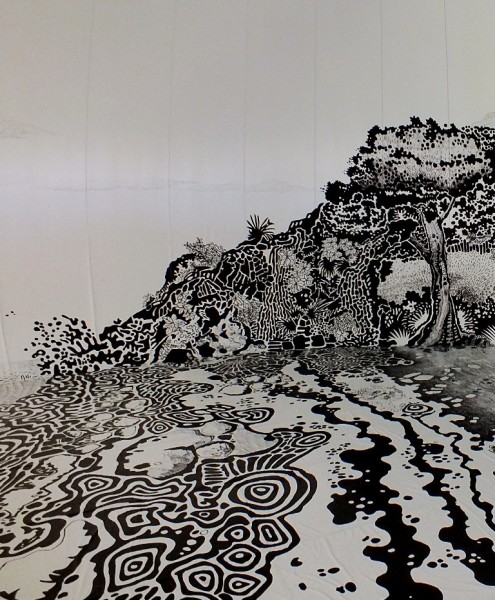 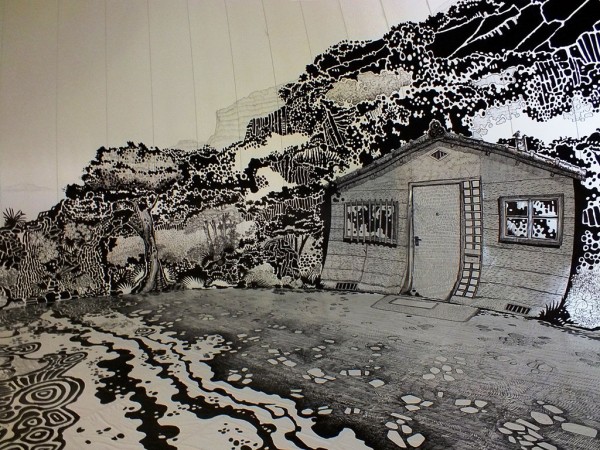 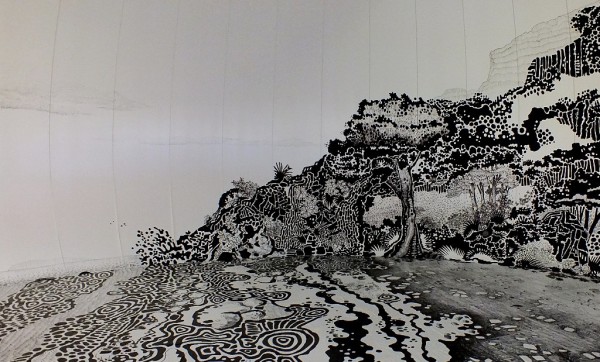 I wish I could see it again, but the chances that I return to Ibukijima before the end of August are close to zero. However, the way the artwork is designed, it seems that it can be easily disassembled and reassembled.  Could it be installed somewhere else in the area in the future (or will it tour the world?). No idea.

In any case, if you ever have the opportunity to see Oiwa Island 2, whether it is this month on Ibukijima or in an hypothetical future somewhere else, do not miss it!