A short while ago, I realized that I had never written a “factual” post about Ogijima. By that I mean cold hard numbers about the island, its geography, its demography, those things. I guess I like giving information about culture and history better than just basic data, but I also understand that those are necessary to better understand a place, especially when you’ve never been.

So here is some data about Ogijima:

Talking about surface, I advise to check this blog out. The last pictures of the page are aerial pictures of Ogijima, taken between 1948 and 2007. They are fascinating (as well as sad). I haven’t found better illustration of the depopulation that Ogijima and its neighbors are suffering. In 1948, most of the island was covered with fields (and it seems that there are houses pretty much all along the road to the lighthouse, and it’s true that when you walk that road you can find traces of ruins here and there). A little more than 60 years later, wild vegetation and even forest cover most of those former cultivated lands. On a side note, we can also see that the current pier at Ogichō is really recent as it didn’t exist in 2007 (so it has to date from 2008, it was there in 2009, when I first went to the island).

Add to that the fact that there were 300 people on Ogijima 10 years ago and you get a clear idea of why the situation is very dire if nothing is being done to save the island. It could become empty in a couple of decades.

Hopefully, things have started being done, no need to remind you of Art Setouchi, especially projects like Maison de Urushi and Onba Factory. Let’s hope that this is only a beginning.

There has been a very positive sign this past summer. About a hundred people (on top of the island’s residents) attended Obon Festival this year, while there were only about 30 the previous years, including last year, during the Setouchi International Art Festival. Is it a first sign that the Festival succeeded in having people interested in the islands again? I hope so.

Of course, I’ll keep on giving you updates about what’s happening on this island (and the others) as more information come my way.

I’ll end this post with a few pictures of the island that I never posted before for a reason or the other (most of the time because they didn’t fit the topic I was writing about). They’re not my most beautiful ones, but they show different aspects of Ogijima. 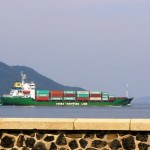 Ogijima seems to be in the middle of nowhere, and yet, the strait between Ogijima and Teshima is actually a major maritime route between Osaka and the West of Japan, as well as Korea and China I assume. 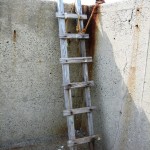 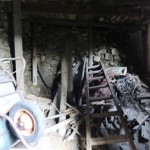 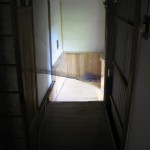 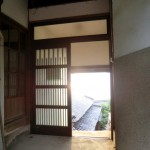 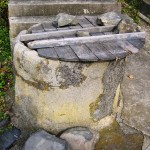 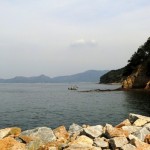 A great spot to catch octopi. 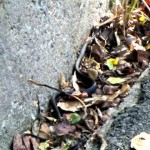 I hesitated a long time before posting this picture, but I must stay candid about all the things that one can find on Ogijima. 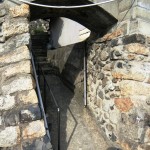 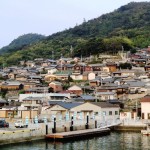 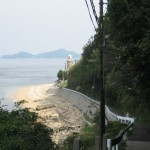 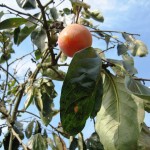 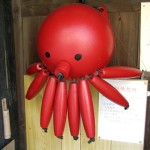 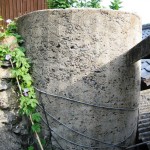 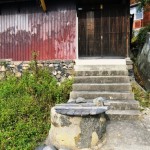 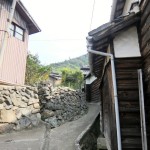 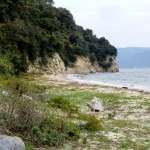 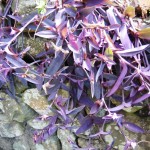 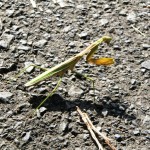 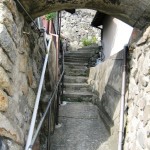 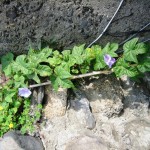 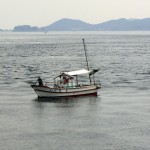 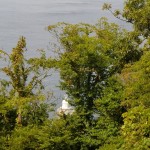 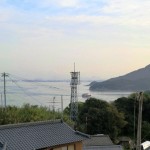 Megijima, Takamatsu and the Seto inland sea from the top of Ogichō 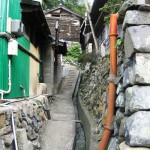 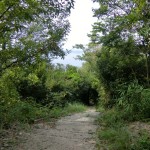 Somewhere in the middle of the island 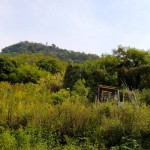 Those used to be fields 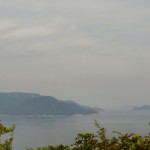 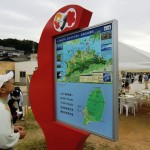 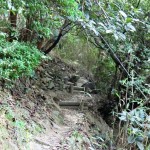