Naoshima’s Yellow Pumpkin in the Rain and more

So, this morning started almost like a normal Tuesday, and then suddenly: 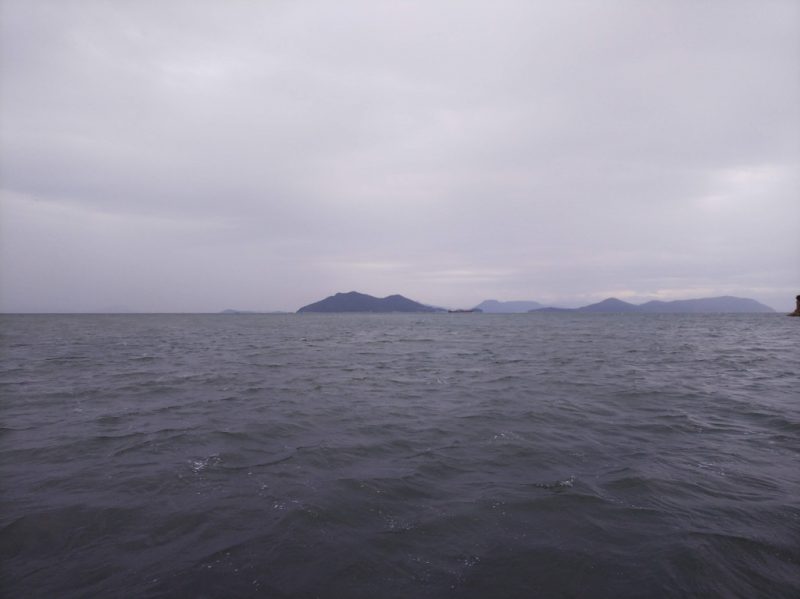 I found myself in the very middle of the Seto Inland Sea, with Ogijima in the distance. (OK, it wasn’t a total surprise, I knew that was going to happen, I’m just trying to sound dramatic).

And our first stop was indeed there, somewhere in the middle of the sea between Ogijima and Naoshima. 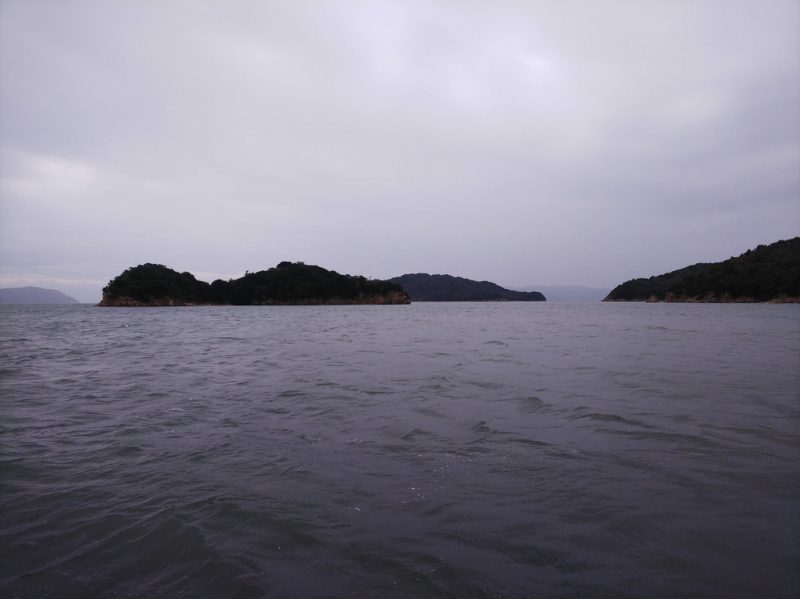 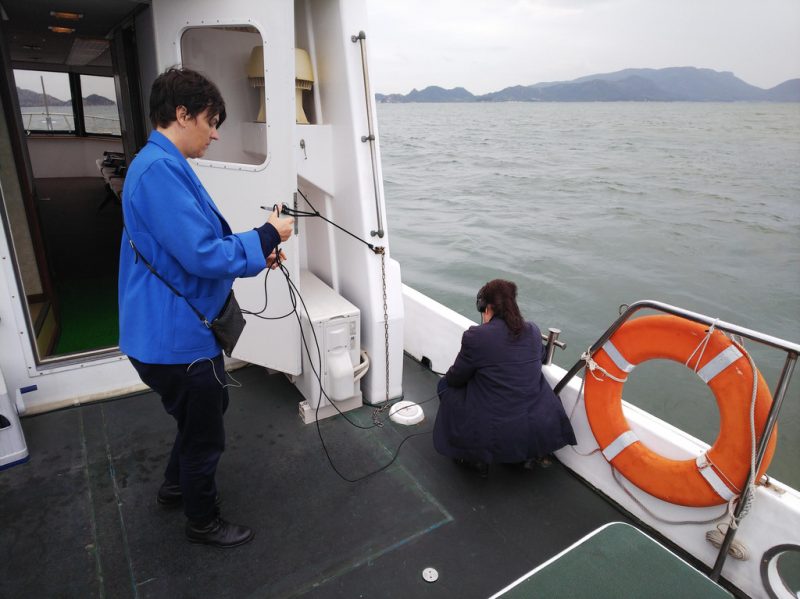 Who are these people? What are they doing? I might tell you at a later date.

Then we arrived on Naoshima where we spent a few hours. It was rainy, so I didn’t take many pictures (despite the colors being quite interesting actually). However, the good news when it’s raining is that there is no crowd gathering around Yayoi Kusama‘s Yellow Pumpkin and we had it for ourselves for the first time in quite a while : 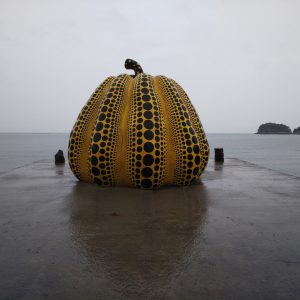 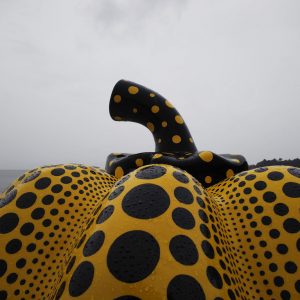 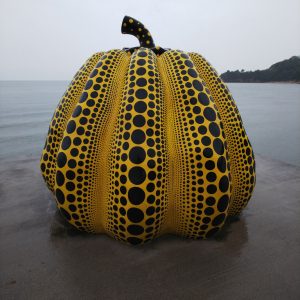 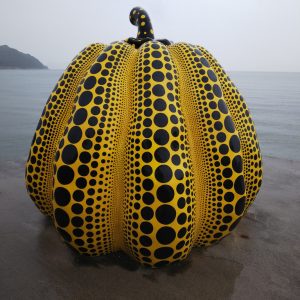 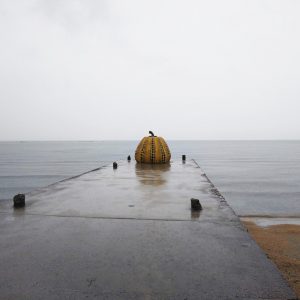 It almost looks like the Pumpkin is crashing one of Sugimoto’s pictures.

And soon, it was time to return to Ogijima (and afterwards Takamatsu). 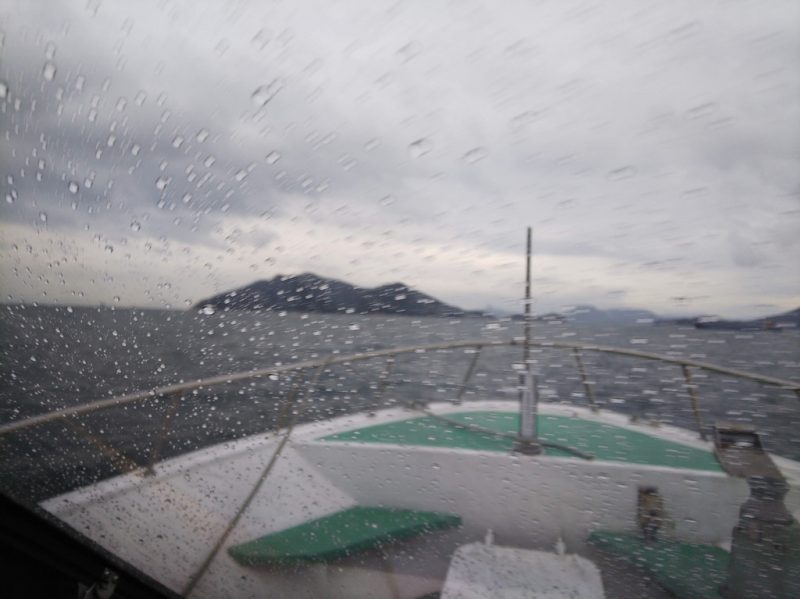 May I add that crossing the Inland Sea on a private boat is just awesome (and fast!)