A few weeks ago I told you about Iwaseo Hachiman shrine and about the fact that its Fall Matsuri was going to take place a few days later. Of course, it was out of the question to miss it. Yes, I know, I was in Japan then to cover the Setouchi International Art Festival, but that was not going to prevent me from also enjoying more Matsuri than I had ever attended before (well, that was not going to be hard as I had witnessed only one before that trip).

I won’t be too talkative for this post, I’m going to let you –hopefully- enjoy the pictures and the video. The latter is a little long, I know that most readers don’t have the patience to watch videos until the end if they’re longer than a couple of minutes when they read a blog (I understand, I can be the same at times), but just like the ones from Saijō Matsuri, I really advise you to entirely watch it, especially if you’ve never been to a Matsuri so that you can understand the different types of Matsuri that exist in Japan. You’ve seen two giant ones, here is a small neighborly one. 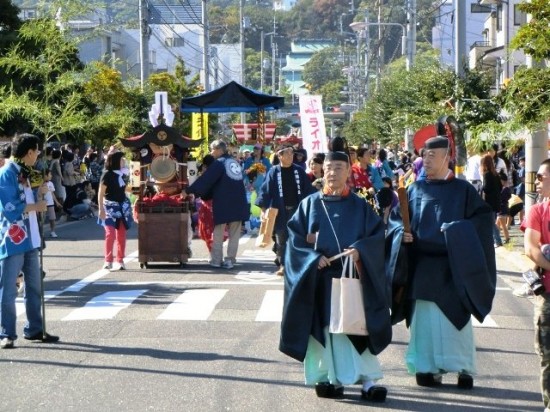 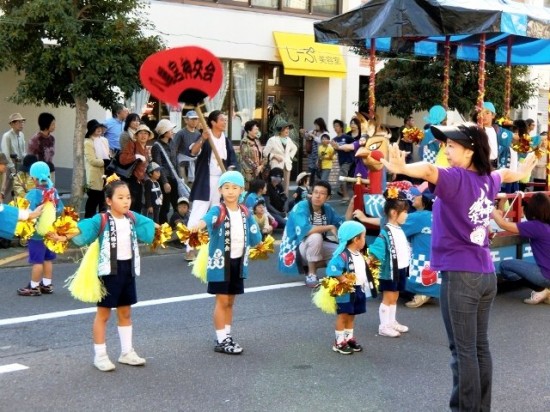 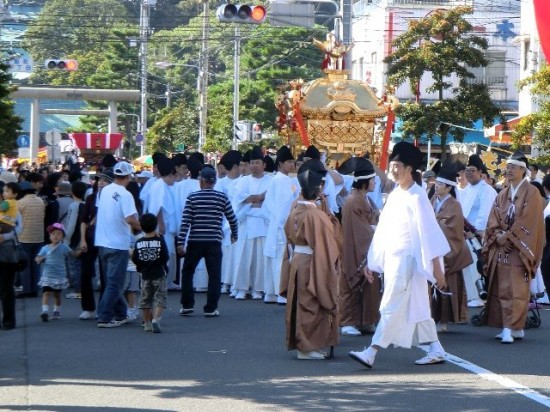 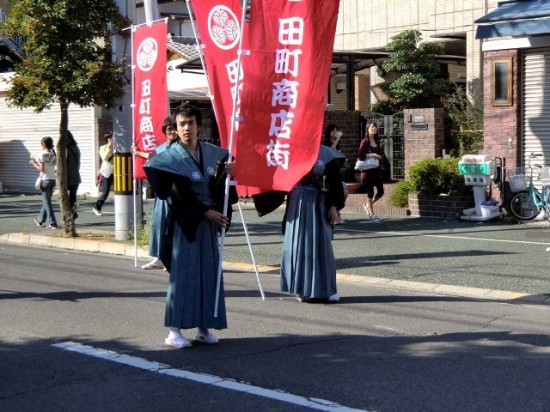 Yep, this is what Samurai are up to in the 21st Century: holding Matsuri banners... 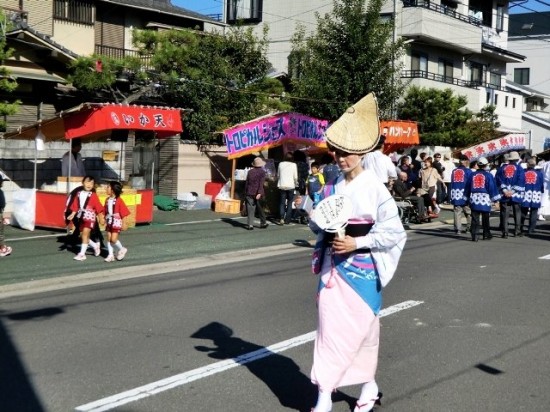 Apparently, there also was a mini Awa Odori going on. Too bad I missed it. 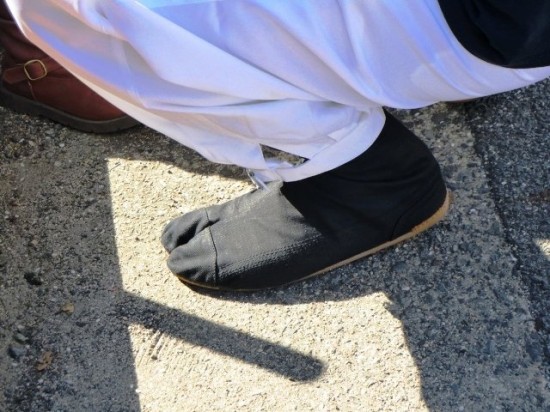 The reason why I couldn’t find a single pair of “foot mittens” (ok, their real name is Tabi) in town: they had been all bought by the locals to wear during the Matsuri with their Jika-Tabi! (and by the way, I really want to get a pair one day, although I’m not sure where and when I’ll be able to wear them in France) 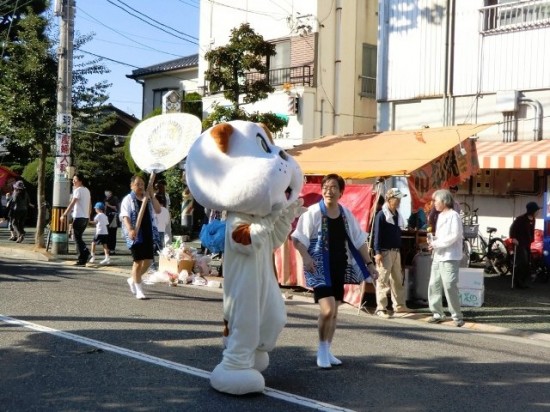 I’m not going to teach you anything here but Kawaii is ubiquitous, it’s even in traditional gathering like this one where you wouldn’t except it. 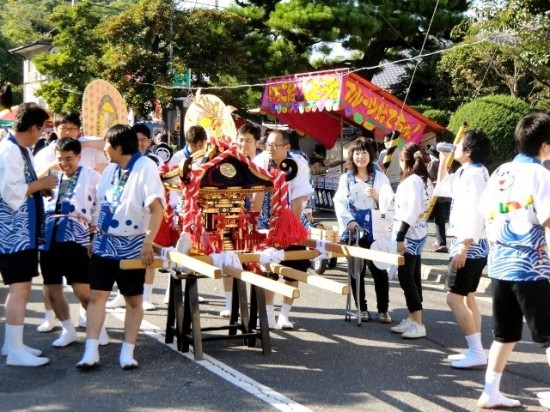 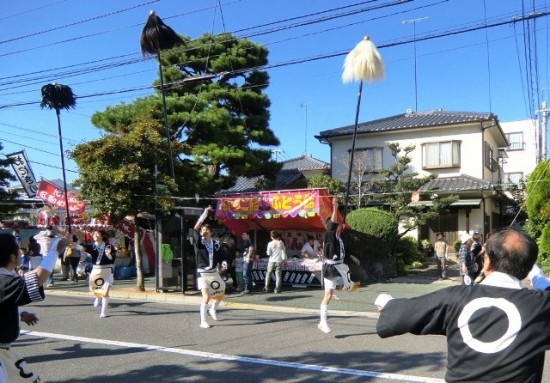 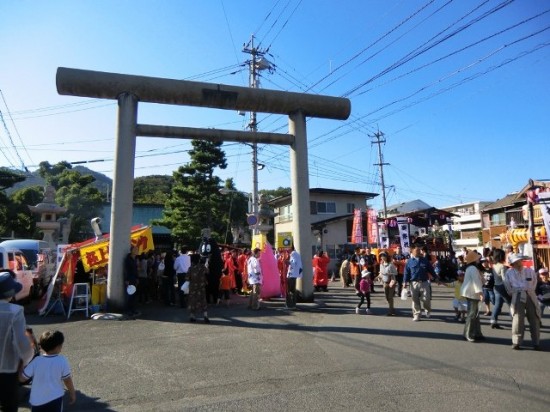 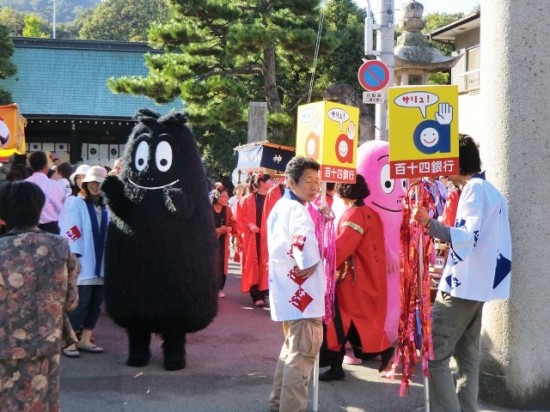 Don’t ask me what they were doing there… 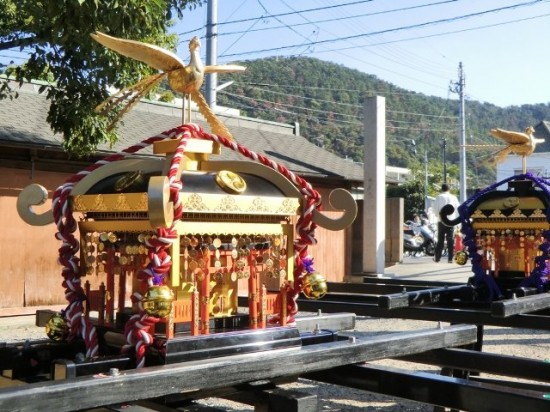 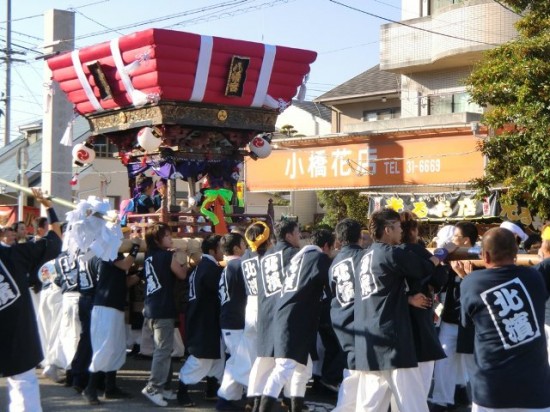 Taikodai
(although I’m not totally sure it’s called a Taikodai, if anybody knows for sure, feel free to intervene)