OK, it’s getting a bit late to talk about Hatsumode (the first visit of the year to the shrine) and other things related to New Year’s in Japan, so I’ll be quick, with just a few pics and commentaries.

Just like last year, we went to Iwaseo Hachiman-gū for Hatsumode this year. I’m not going to lie, the first days of the year are pretty much the only ones when going to a shrine doesn’t excite me that much. Ironically, it is the only time of the year that many Japanese people will visit a shrine. Thing is that the religious part of visiting a shrine doesn’t concern me, and what I like in them, on top of their architecture, is their quiet and relaxing atmosphere. Not exactly the atmosphere you’ll find for Hatsumode. However, there are some family traditions one cannot escape (although if I really wanted to, I’m sure I could), as in Japan, probably even more so than in France, religion has more to do with tradition than anything else.

In any case, those moments allow me to take a few pictures of the place in an unusual setting (a crowded one). 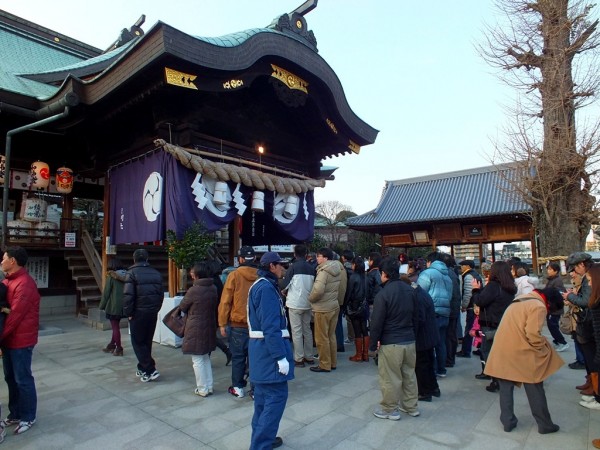 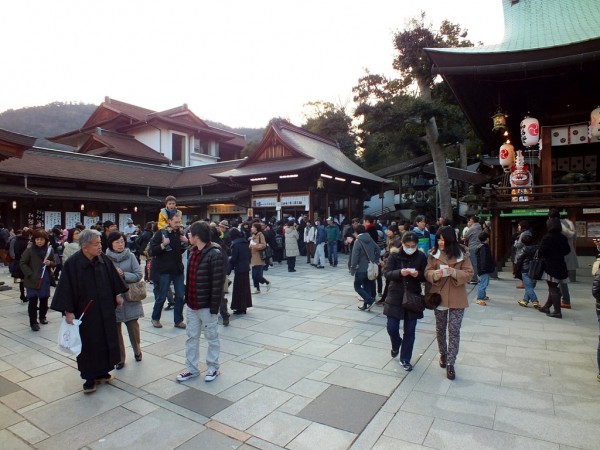 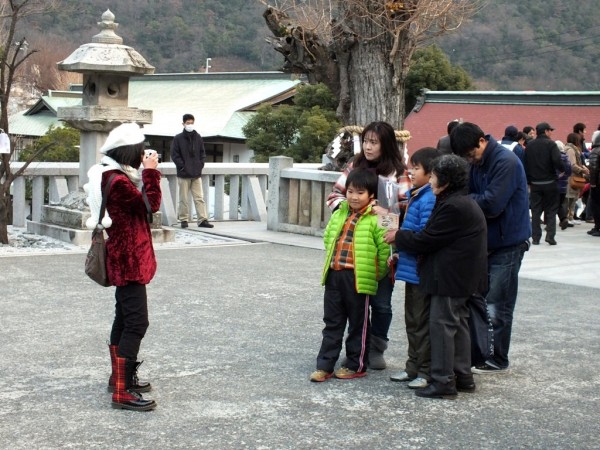 It was a good day for family pictures apparently. 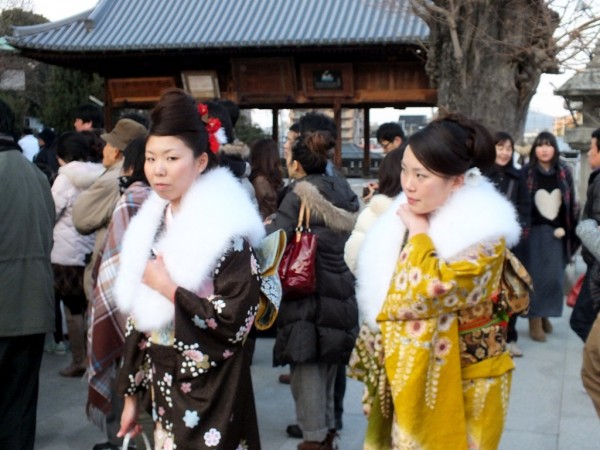 Many young women or even girls wore kimonos. 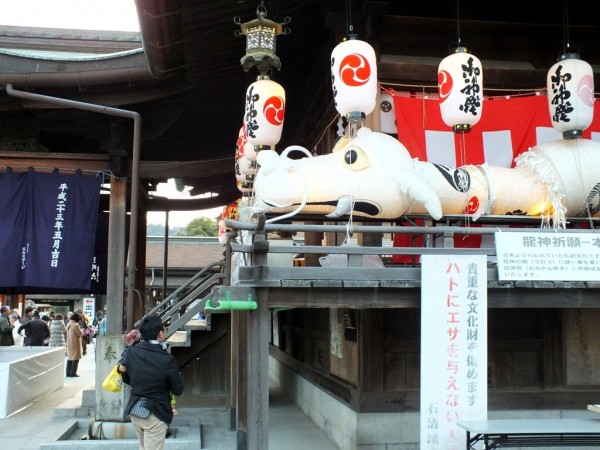 Dragon is sad. He knows he’s returning to storage for the next 11 years. 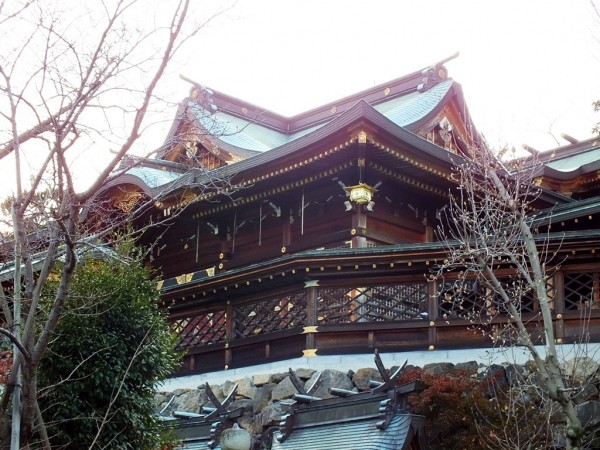 The good thing about the crowd is that it pushed me to venture in parts of the shrine where I rarely go.
Like in the very back. 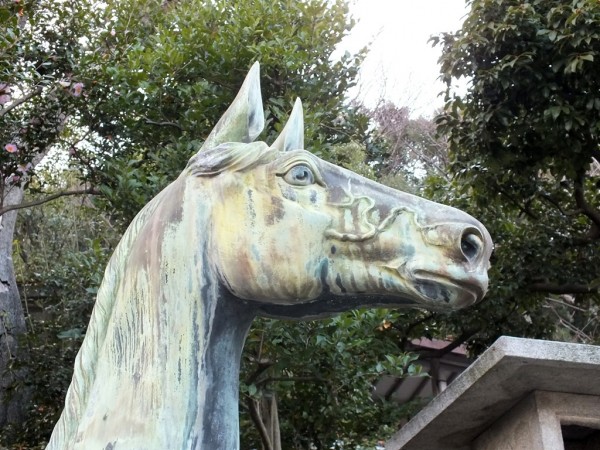 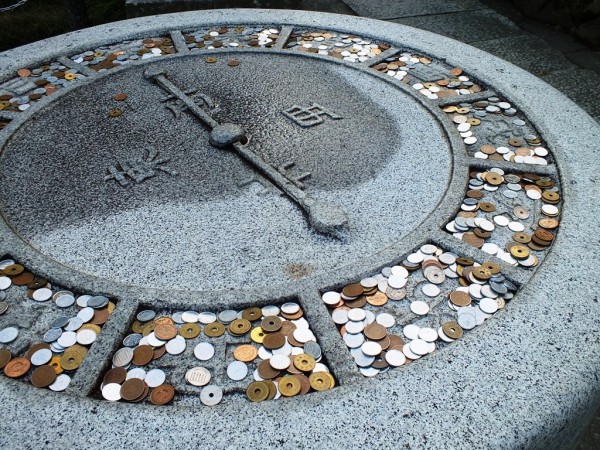 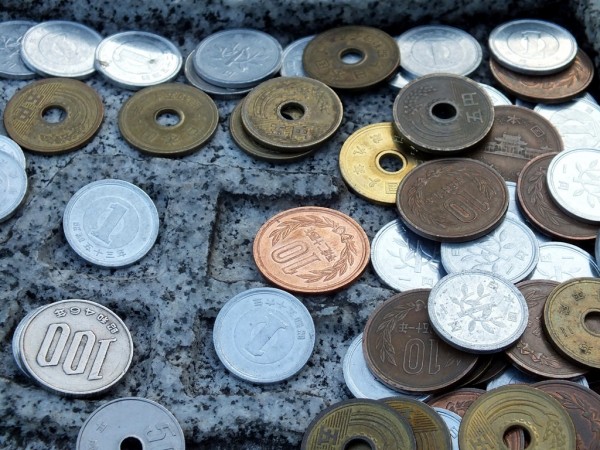 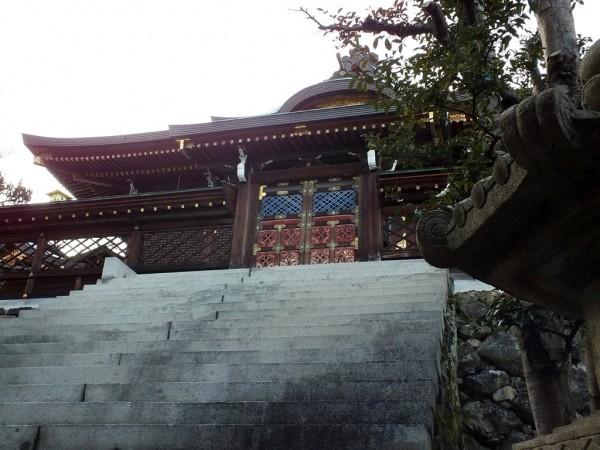 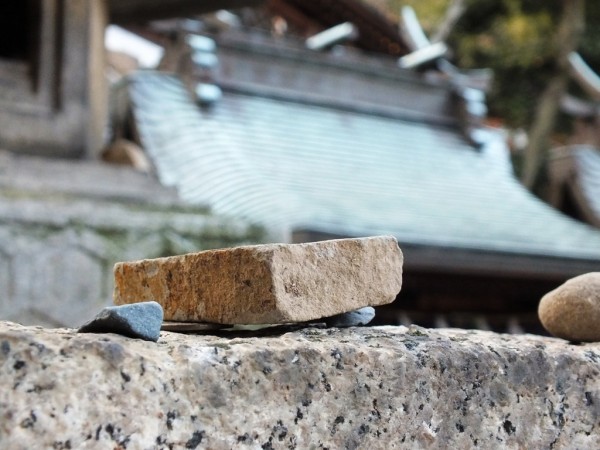 Stone on a torii. 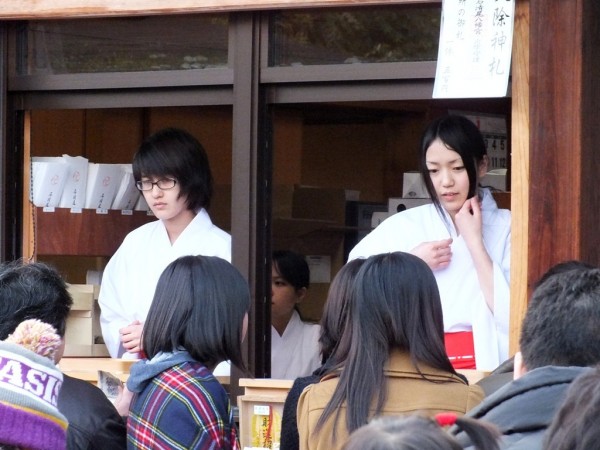 The Miko were very busy. 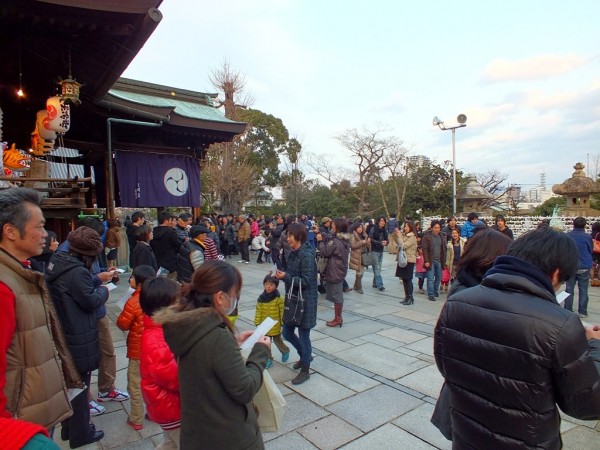 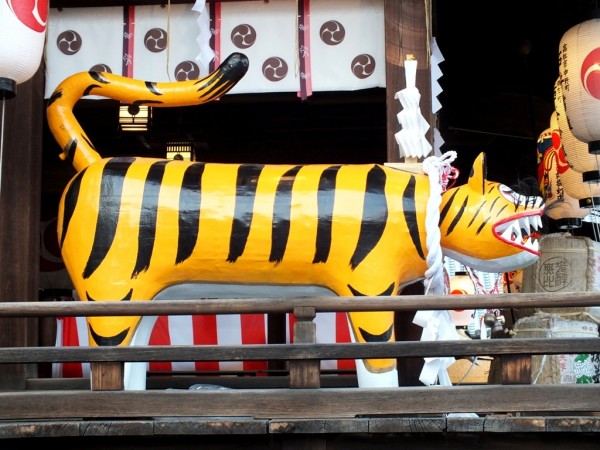 One day, I’ll have to tell you about the “Kagawa Paper Tiger” 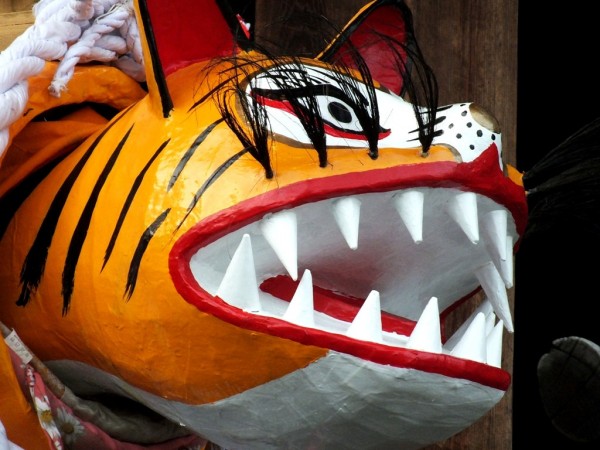 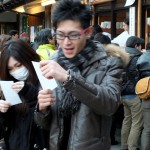 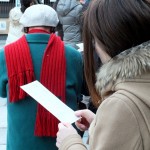 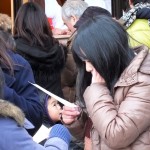 Of course, Omikuji were bought and read in numbers.
They are little pieces of paper that tell you what to expect for the year to come.
Some sort of year-long horoscope. 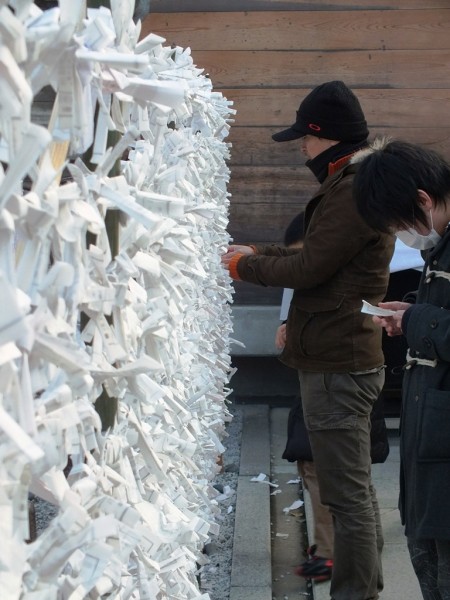 Most Omikuji are attached to some sort of rack after being read.
So that they come true if they’re good and don’t if they’re bad. 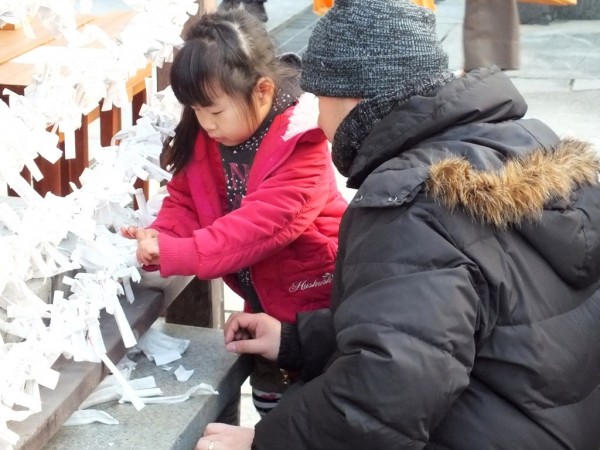 Next post about New Year’s in Japan… next year…