This is what my first day on Ogiima of 2018 looked like: 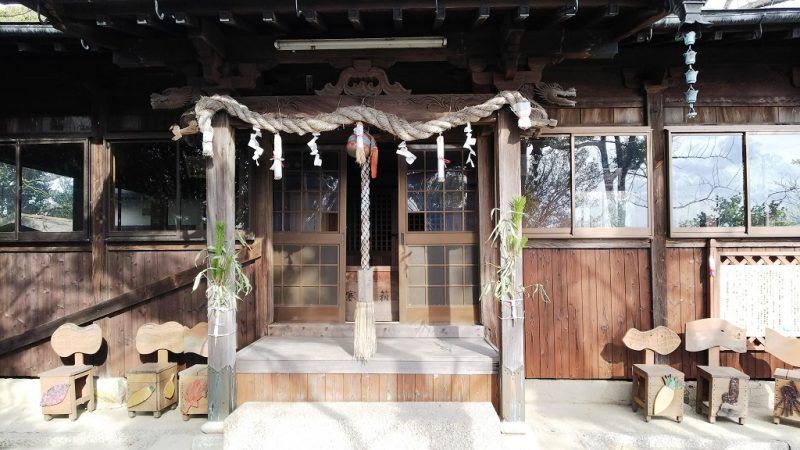 Toyotamahime Shrine. Whoops, I arrived to late for Hatsumode celebrations… 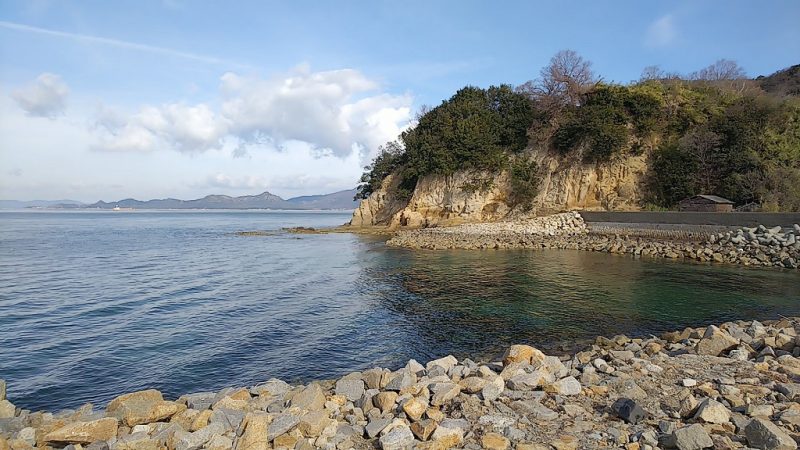 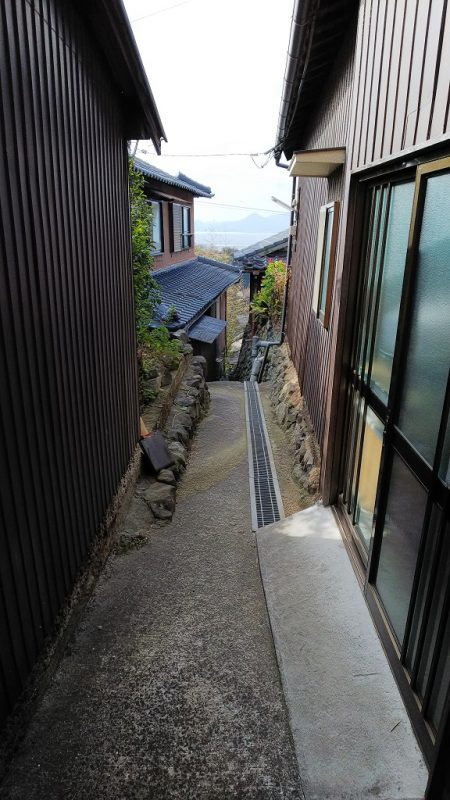 Believe it or not, I had never been into that street before.
Now, I think I’ve been into all the streets of the village… but who knows? It’s such a maze… 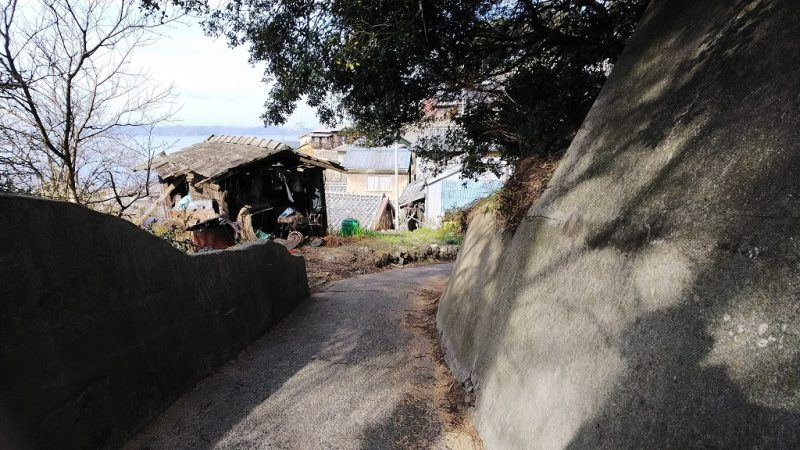 I have been to this street many times, though. 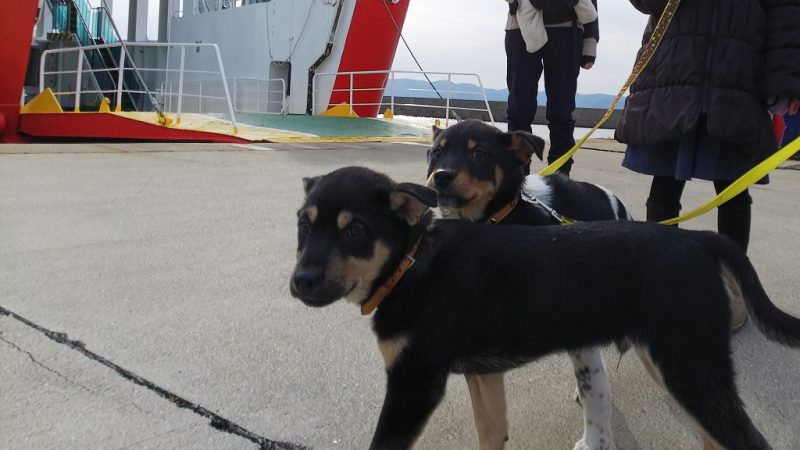 Ogijima’s two newest residents (who were a bit scared at that moment, it was literally seconds after setting foot on the island for the first time).
And with their arrival, the number of dogs has doubled on this island!