Distant Memory by Chiharu Shiota is located near the entrance of the village of Ko, on Teshima (on your right when coming from Ieura).

It’s one of Art Setouchi‘s “veteran” artworks as it’s been around since the very first Setouchi Triennale, back in 2010.

However, its age is showing, and I’m not too sure how long it’s going to be left standing there. This past year, a few of the old artworks from 2010 were dismantled, and Distant Memory is not in its prime anymore and could be next to go.

On the other hand, I think I said the same thing three years ago, so who knows? By its nature (it’s mostly composed of hundreds of discarded window frames) having aged doesn’t make it look worse. So it may just be left standing as long as it doesn’t actually crumble. Unfortunately it could happen. In the past, one could enter the building and the “tunnel” but not anymore for safety reasons.

In any case, if you’re on Teshima, just go see it before it’s too late. 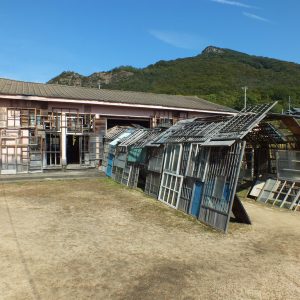 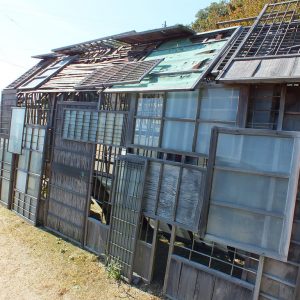 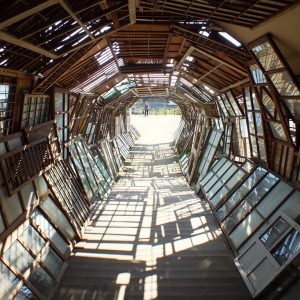 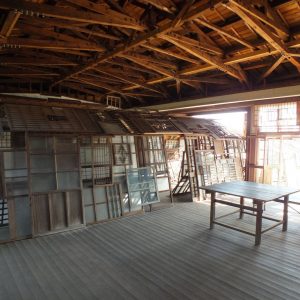 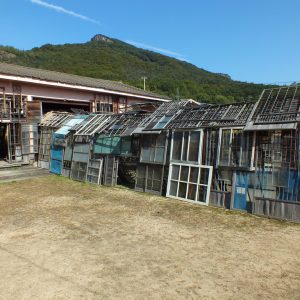