So, a few days ago I told you that I was done with telling you about New Year in Japan until next year. Well, I was wrong. I had forgotten about Dondo Yaki.

What is this? Dondo Yaki?

Here is the picture of one of those taken not too far from home: 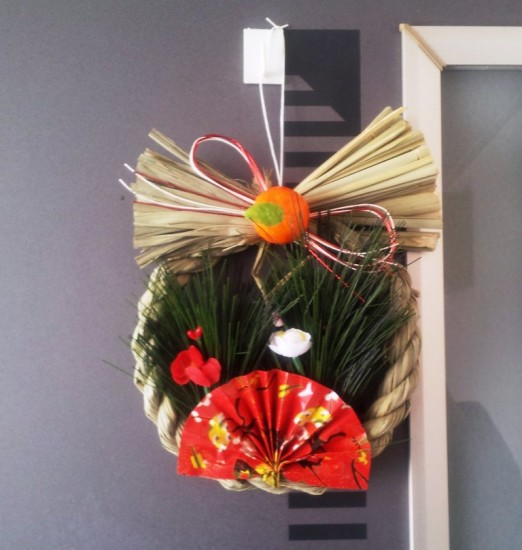 The thing is that those decorations have nothing to do with our western Christmas and New Year’s decorations that you just put somewhere in the attic until next year as soon as you have sobered up from yout big New Year’s Eve party. They are sacred decorations and you cannot reuse them the following year, even less simply throw them away. So, during early January, many Shinto shrines hold special events with sacred bonfires where people come and throw their Shogatsu Kazari to be burned as well as any old Daruma and Omamori they may have.

And this is what we did about two weeks ago. Well, we burned our Shogatsu Kazari only. No way I’m burning my Daruma and my Omamoris…

For this, we went to Tamura Jinja, one of the main Shinto shrines in Kagawa. For some reason, I had never been before.

I found this shrine to be simply amazing. It is much larger than most Shinto shrines in the area and the Japanese Zodiac signs are ubiquitous in a way I had never seen before. Moreover, it seems to be especially dedicated to this year’s animal, namely the Dragon! How convenient!

One can also find vaguely Buddhist things here and there (well, the zodiac itself comes from Buddhism, doesn’t he?)

But instead of a long explanation, why don’t I show you (although I recognize that the pictures could be much better, I blame the crowds, the crappy weather producing a crappy light, as well as the fact that my photographer skills are somewhat limited). I’ll return there very soon, most likely in the Spring, on a day where there is nothing special going on and hopefully not many people visiting. 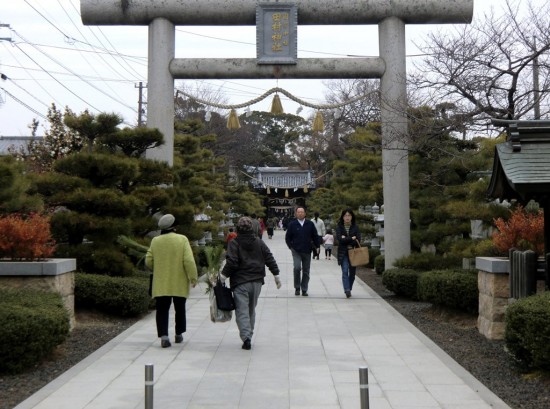 You may know him as the Laughing Buddha, but in Japan he is called Hotei; and while he originates from Buddhism, he is one of the Seven Gods of Fortune (or Seven Lucky Gods) in Japan and they belong as much to Buddhism than to Shintoism.

One day, I will tell you more about them. 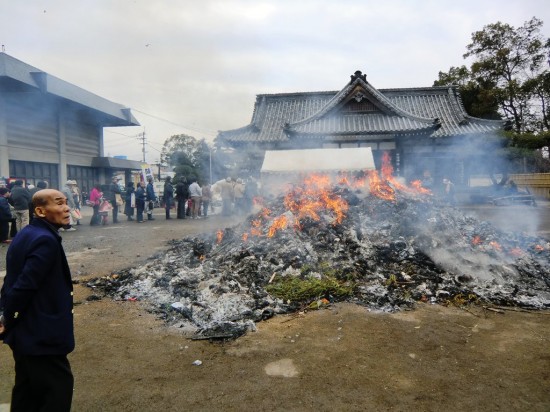 So, this is the Dondo Yaki bonfire, where Shogatsu Kazari, Daruma and Omamori are burned. Note the waiting line in the background. Luckily we didn’t have to wait for too long, because I didn’t trust the fumes blowing our way that much (a strong smell of burnt plastic came out of it). 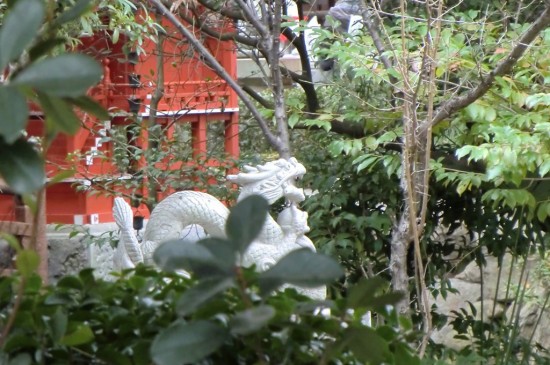 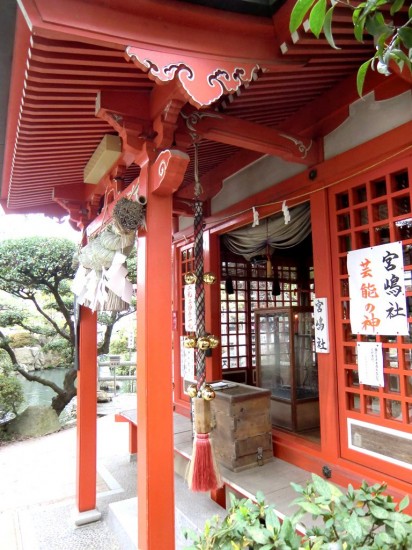 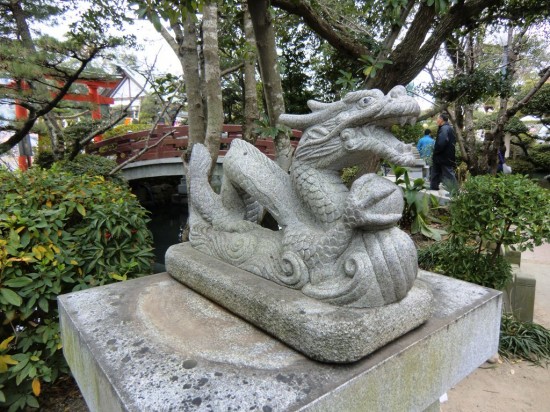 As you can guess, this statue can rotate!  All of the 12 signs have their rotating statue in the shrine. Once you find it, you make your wish, and then need to rotate the statue three times for the wish to come true. 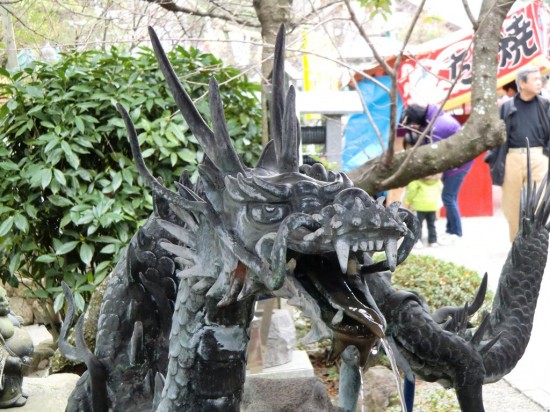 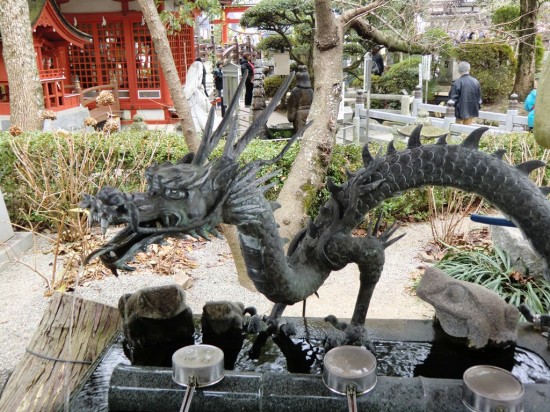 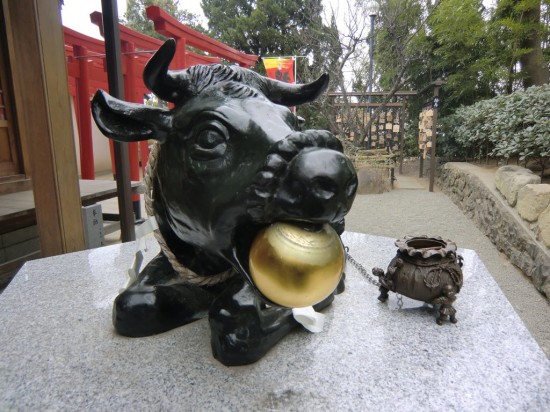 This Ox is in a part of Tamura Jinja dedicated to students. If you turn the ball in the Ox’s mouth, and then, crawl underneath the hole under the statue, and finally pray at the spot behind, you’ll pass your exams for sure!

This shrine really feels like “Shintoland.” While I had heard or seen all the features and elements present, never I had seen them all together at the same shrine. 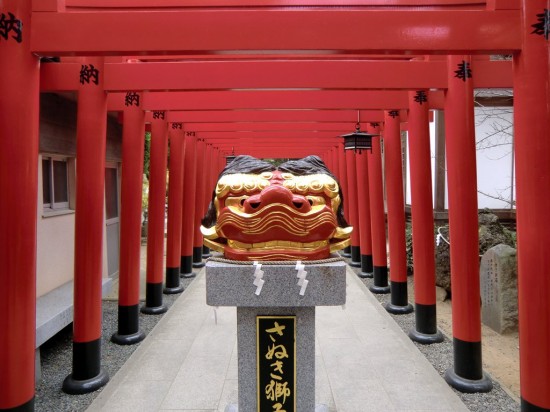 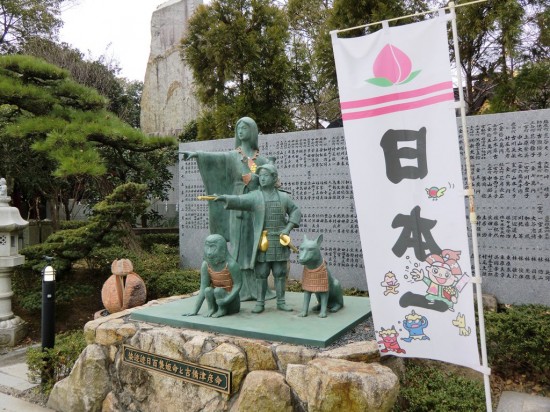 Don’t ask me why Momotarō was here, I really have no idea. 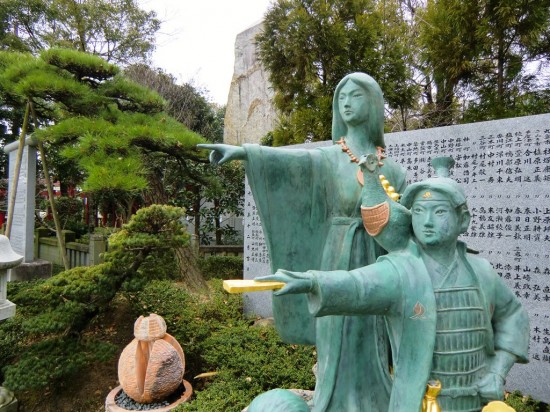 And don’t ask me who that woman is either. I don’t no idea. The only part of Momotarō’s story I know well is the one where he goes to Onigashima. 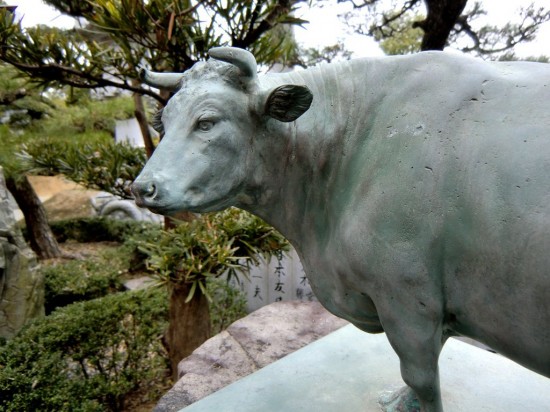 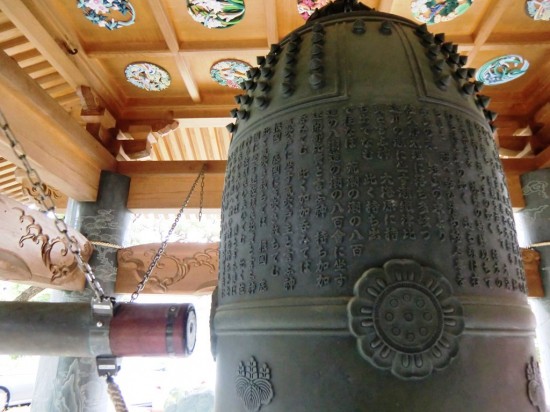 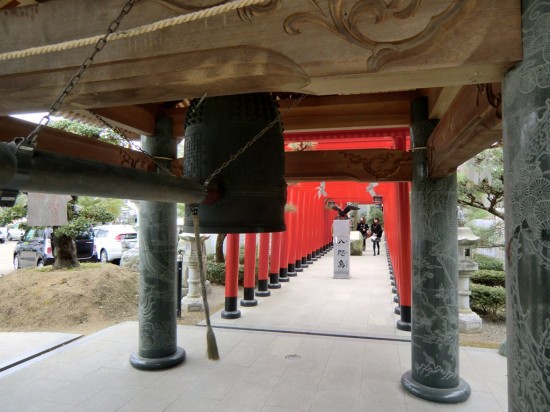 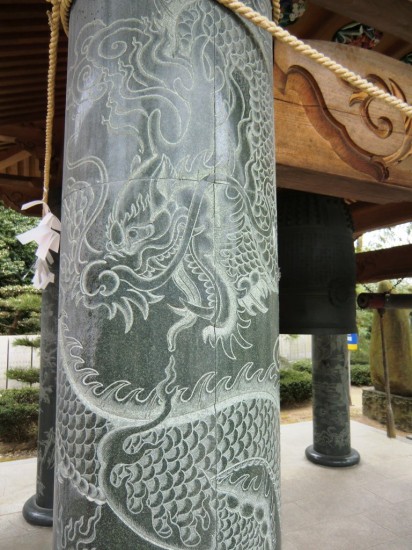 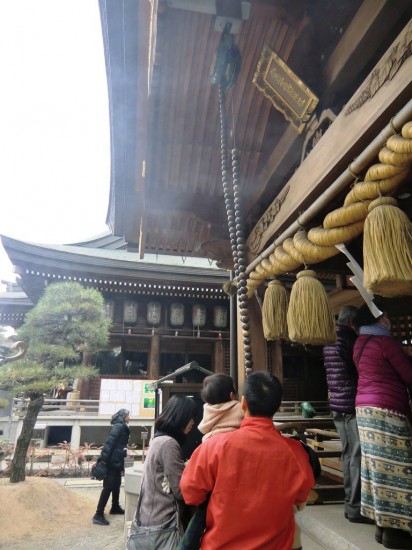 Just in case you missed it, make sure to take a look at the green statue in the background and be amused, shocked, surprised and/or more. 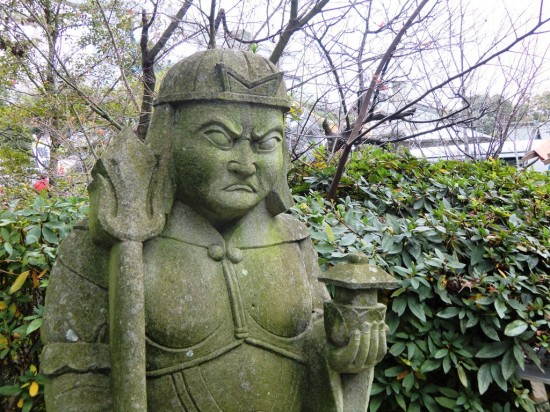 Bishamonten, another one of the Seven Gods of Fortune. 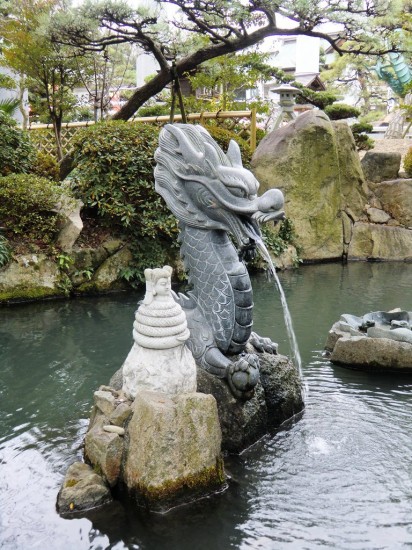 It is because Daikokuten gets to have a special treatment, right next to the left: 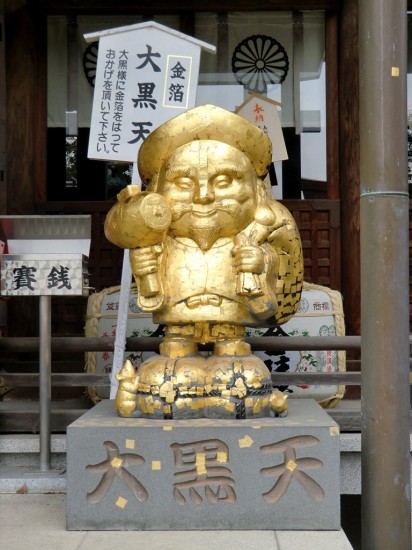 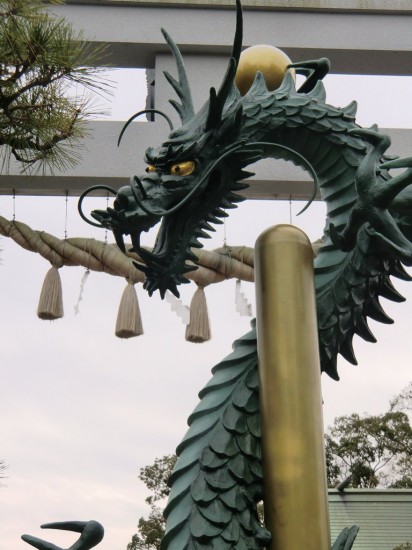 This statue is brand new and was inaugurated for New Year’s. 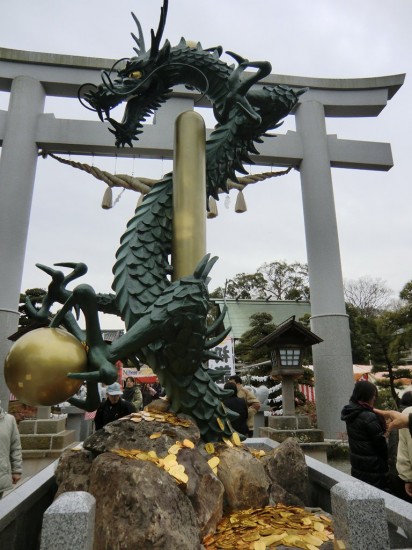 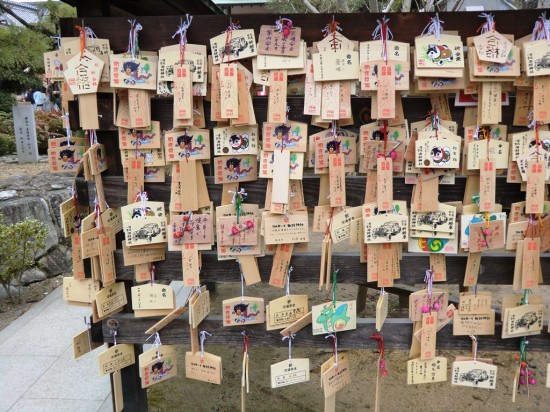 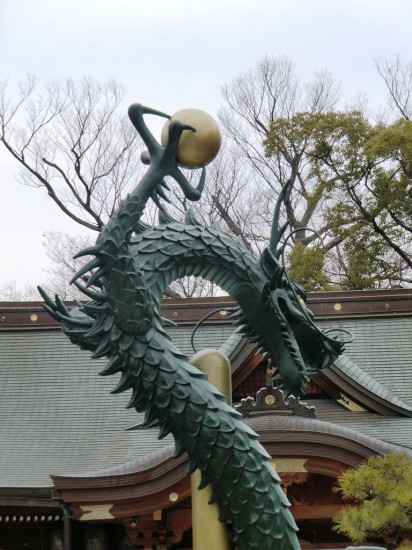 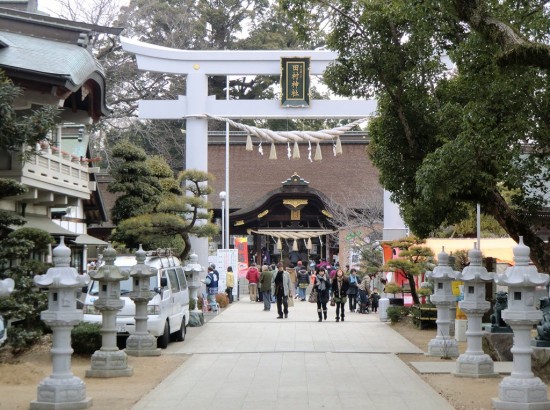 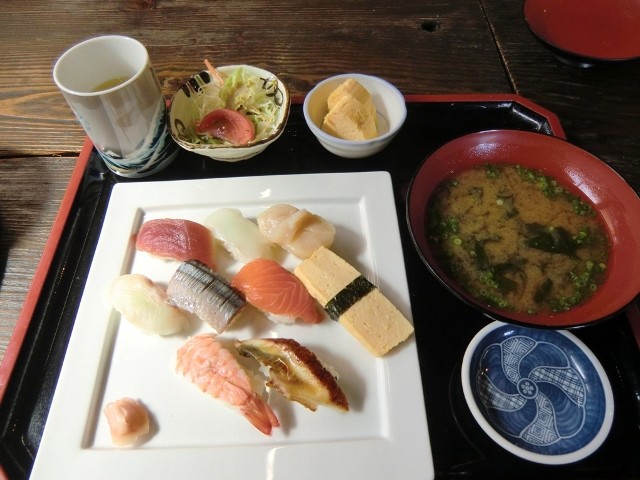 It was of course in Kaihō, my favorite sushi restaurant, possibly in the world (with Hotaru in Paris).   This is […] 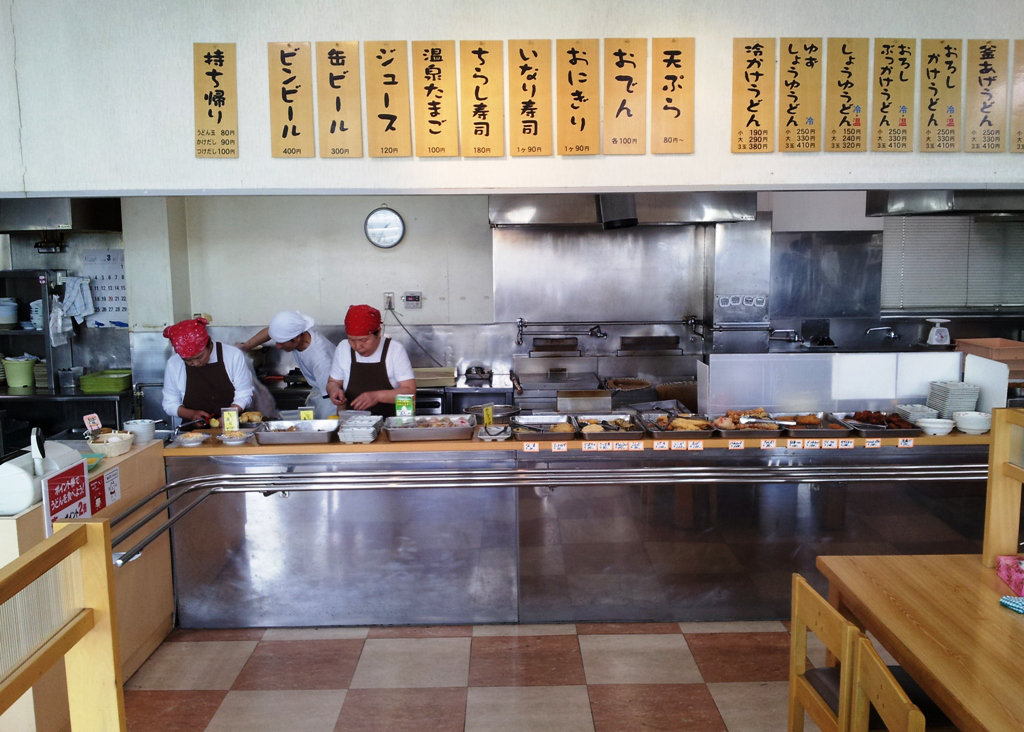 Just a Udon restaurant like many others in Takamatsu and Kagawa Prefecture. 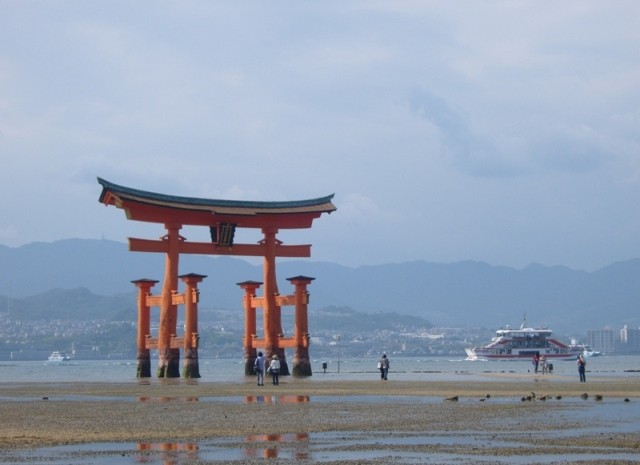 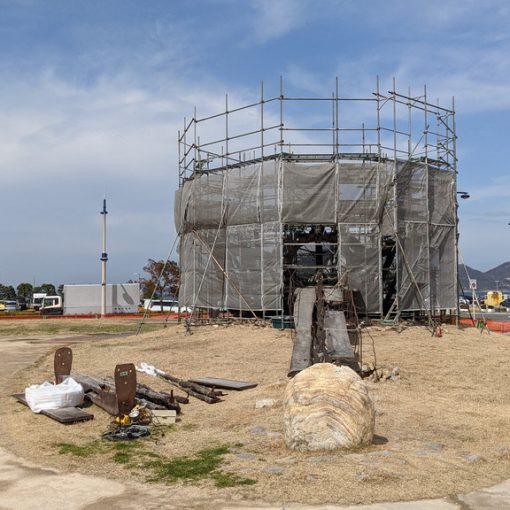