A little while ago (actually, two years ago), I visited Ibukijima for the first time. 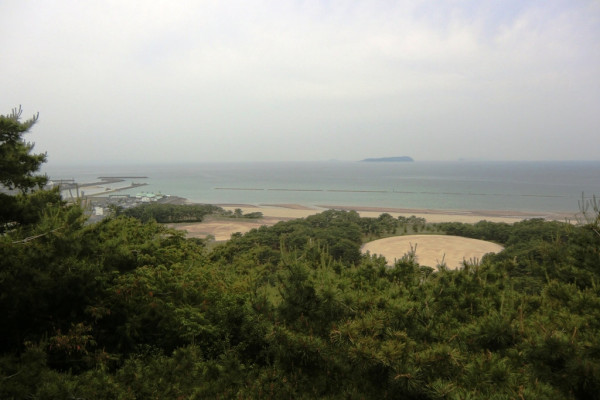 Actually, Ibukijima is one of the very first Setouchi islands that I have seen without really realizing it, as just a few days into my very first trip to Japan, I went to see the Zenigata in the city of Kan’onji, and look who’s there in the background? 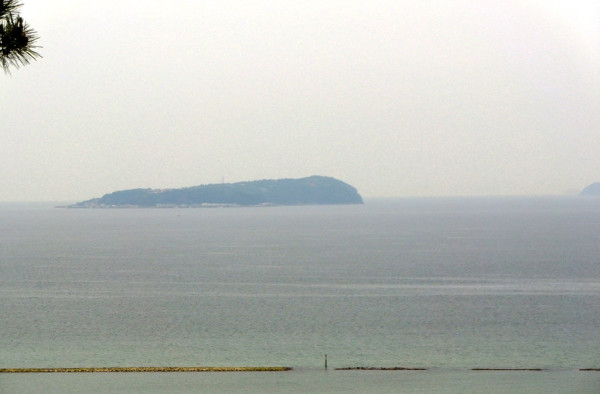 Ibukijima is very different from the other islands that I’m familiar with in the Seto Inland Sea. First, it’s quite isolated. It’s about 10 kms from the coast of Shikoku, and pretty much as much from the nearest island, and about 20 km from the nearest populated island. As a reference, most other Seto islands are usually just a few hundred meters (and almost never more than a couple of kilometers) from at least one of their neighbors. It also has an unusual shape; instead of being an emerged hill, like most Seto islands are, it’s more of an inclined plateau as you can see on the previous picture.

This isolation of course is the main reason of the islands uniqueness. For starters, know that it is quite known by linguists and phonologists researching the Japanese language because apparently Ibukijima’s accent and dialect is quite unique in the country and – if I understood properly – sounds somewhat similarly to the way people sounded during the Heian period (that’s 794-1185, back when Kyoto became the capital).

Also, the topography influences the way the island has been populated. Every other island in the area has its villages at the foot on the hills, on the coast. On Ibukijima, the village is on top of the island, not by the water as you can see it on the following picture:

Finally, while the island is slightly smaller than Ogijima and suffers from depopulation like everywhere else in the Setouchi area, its population is about 700 people, roughly the population of Teshima which is a much bigger island (about 14 square kilometers for Teshima, and less than 2 square kilometers for Ibukijima). As a consequence, the density of population is much bigger than any other island in the area, and possibly in the entire Seto Inland Sea. The reason for this large population on such a small and remote island is that it still has a flourishing industry, as Ibukijima is the largest producer of sardines and anchovies in Japan!

Within this context, it must seem surprising that the only link to the outside world (for individuals who don’t own a boat of course) is a unique boat – not even a ferry that can carry car – that goes back and forth the city of Kan’onji and the island. Well, maybe there are more boats that only carry goods, but the boat that took us there couldn’t carry much except for people. It did carry a few small containers and a couple of two wheeled vehicles, and when we arrived on the island, the boat’s presence did create some effervescence in the port as a few dozens people came down from the village on their scooter to collect things from the boat. It was quite a sight actually. I need to film it to show you on a future visit to Ibukijima. 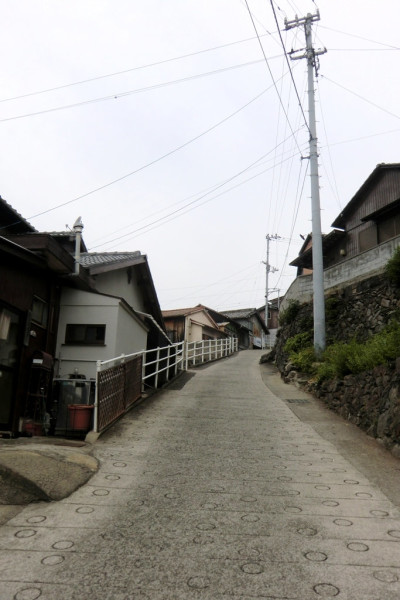 The steep road to the village. There is a much larger – and less steep – one (for four wheeled vehicles), but it makes a too big of a detour for pedestrians. On the island, scooters and mopeds seem to be the main mean of transportation though.

The Hachiman shrine in the heart of the village. 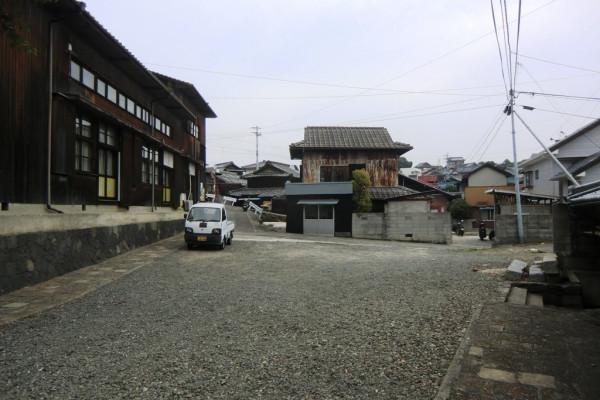 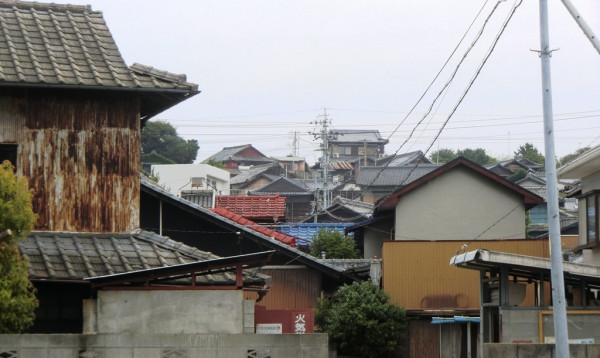 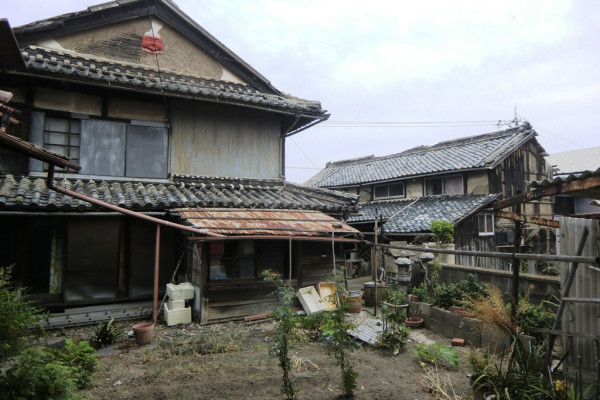 As I said earlier, abandoned houses are far from being a rarity. I really wonder how many people lived there a few decades ago (if I follow the depopulation rate of most of the other islands, it must be more than double 40-50 years ago). 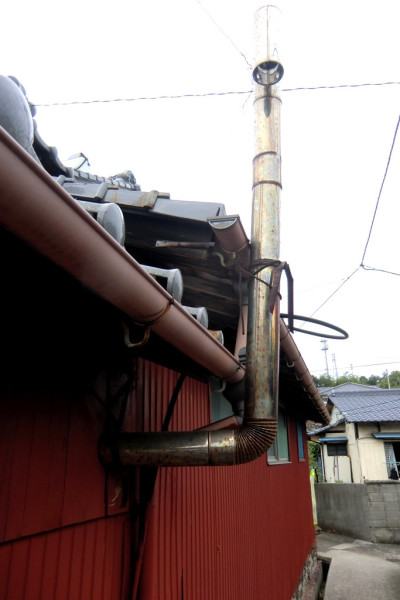 We ventured in the non-populated side of the island a little. It has a few interesting features, such as this path to the north end of the island (where hides a small shrines in a tiny cave): 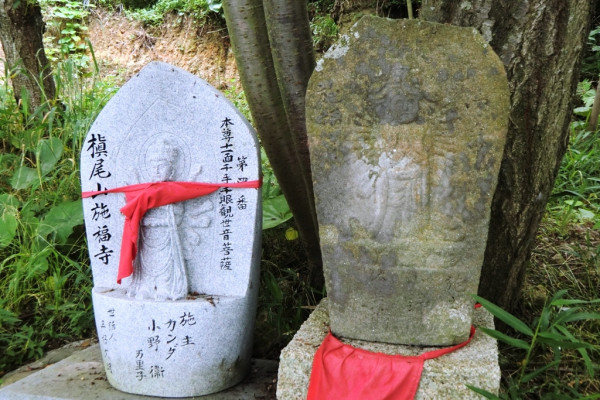 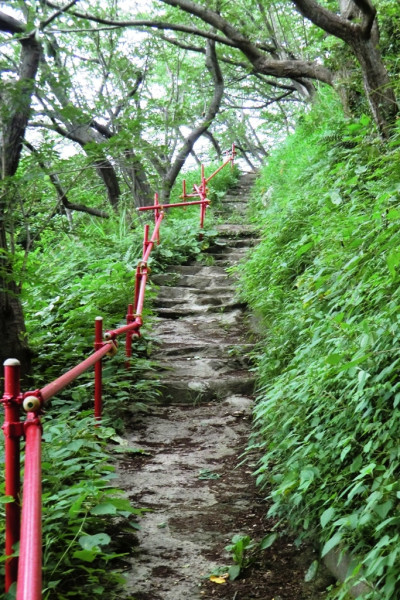 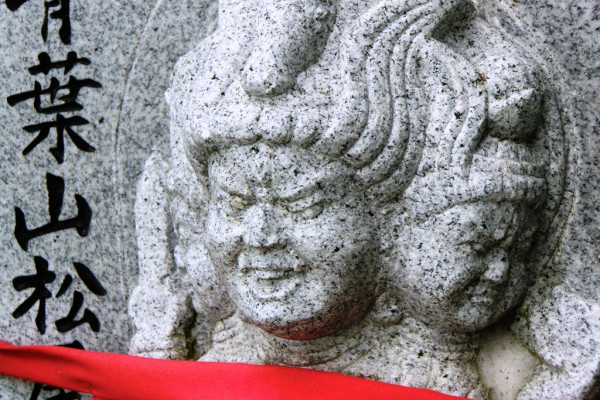 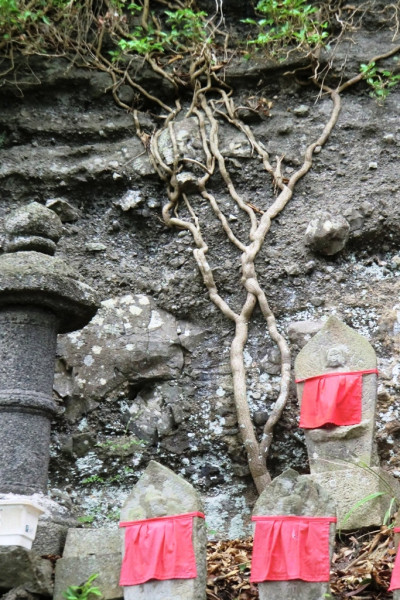 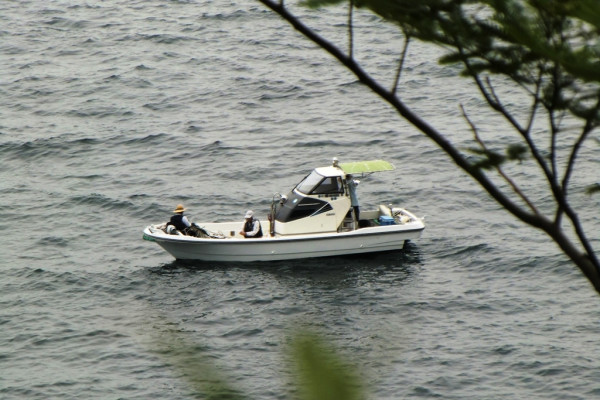 Ibukichō also has a small museum devoted to the history of the island. The museum is managed by a few volunteers; when we visited it, a retired teacher was there, and he had so many anecdotes and stories to tell us, I wish I had understood even half of it. 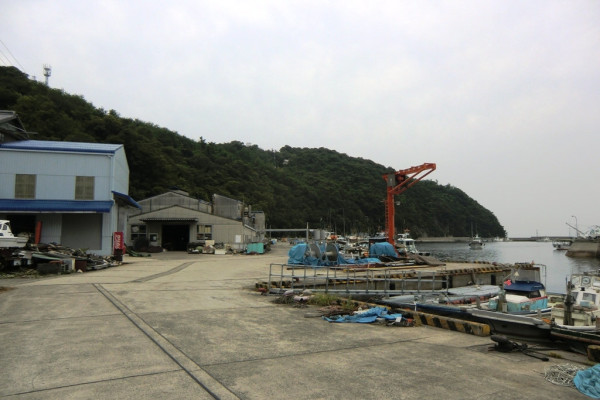 After visiting the Ibukijima‘s countryside and the streets of Ibukichō, we walked down to its quite unique coast to get a closer look at its fishing industry. This will be the focus of a future post.