I sometimes regret the lack of green spaces in Takamatsu.

Obviously, there is Ritsurin Garden. Sure, there is Chuo-koen (“Central Park”, downtown’s patch of grass and trees, I’ve never been too much of a fan). Of course, there are the numerous playgrounds all over town (but almost all seriously lack vegetation and shade). What I mean here is public parks and gardens that are enjoyable for both adults and kids, where one can relax, play, walk, and all the other things one expects people to do in parks.

Well, I have found at least one park that fits the bill, that is Busshozan Park, and it may be one of the coolest parks in Takamatsu. It’s quite large and everyone can find something they like there. Lots of grass for picnics, playing soccer, or simply lie down and relax (lawns and grass are such a rarity in Takamatsu for some reason – or is it all of Japan?), playgrounds for kids, pathways to walk, and even some ponds where one can go fishing.

Here are just three pictures, not necessarily representative of the whole place, but they show how diverse it is: 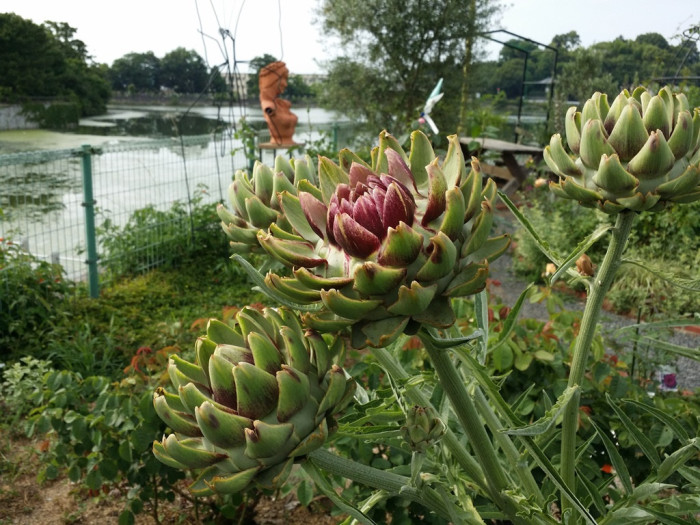 The other day I wondered whether Japanese people ate artichokes. I still don’t know (but I don’t remember ever seeing one in the vegetables stalls), but at least, now I know there are some in the country, even if they’re only used as decorative plants. Not that I miss eating them, I’ve never been a big fan (and I still have bad memories of my mom forcing me to eat them… It seems to have happened a lot. Not sure whether artichokes were very popular in France in the late 70’s early 80’s or if my parents really really loved them). 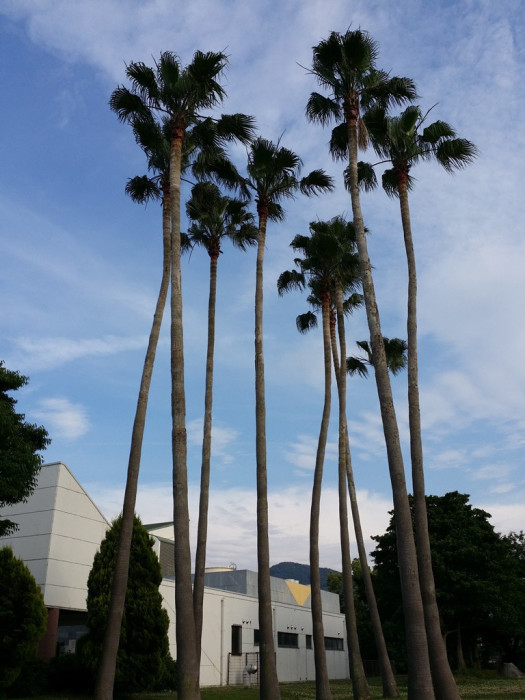 Honestly, I don’t think I haven’t really seen any real tall palm tree since I left Florida. Well, there are some in Busshozan Park. (fun fact, I posted that picture on Instagram when I took it, and a friend who’s a native from Miami thought I was back in Florida for a second) 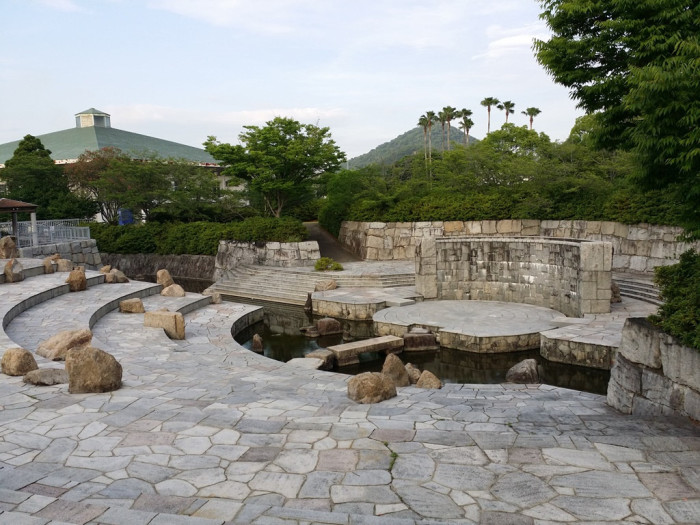 A few years ago, geologists have discovered a very old (about 5 million years old), four kilometer-wide crater centered in Busshozan. Its origin is uncertain. It could have been created by a meteorite or by an ancient caldera. It’s center has been transformed into this pretty awesome looking amphitheater.

That’s all for today. I should show you more about Busshozan, this part of Takamatsu is pretty unknown by non-residents but it’s a pretty awesome part of the town (We’ve been tempted by moving there sooner or later, the only problem is that as it’s in the southern part of town, it’s pretty far from the coast and the islands).