Big Bambú is a series of large scale installations by Mike and Doug Starn that they built in various places in the world (at the Met in New York, during the Venice Biennale, etc.)

In 2013, they stopped by Teshima where they built a very special iteration of their art, which became one of the high points of the Setouchi Triennale 2013.

So, if you go to Teshima, just before arriving to the village of Ko from Ieura, make sure you look on your right hand side to not miss Big Bambú. However, because of the unique way it was built (attached to live bamboo), climbing on top of the structure has become too dangerous. These days, you can only admire it from the distance. 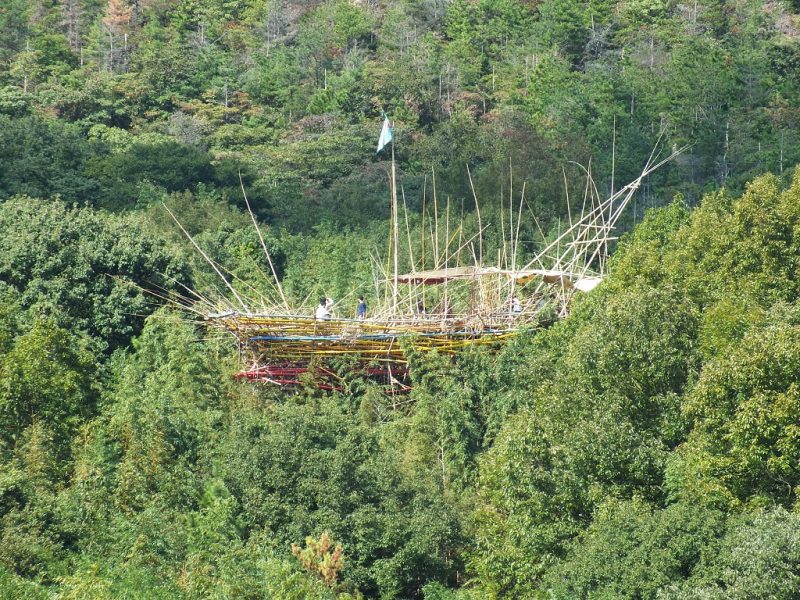 If you want to know more about it, may I invite you to read two previous articles I wrote about it: 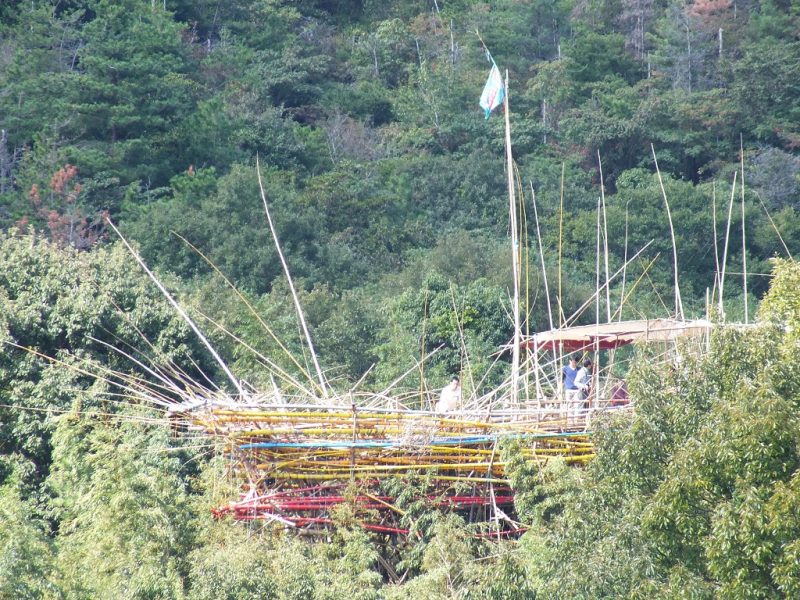 One thought on “Big Bambú on Teshima”