Whoops, I’m almost late for my weekly report of Bengal Island (I had unexpected changes in schedule at work last week, couldn’t blog much because of them): 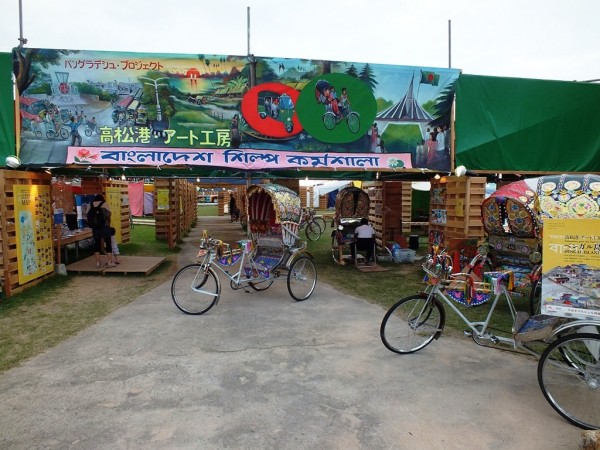 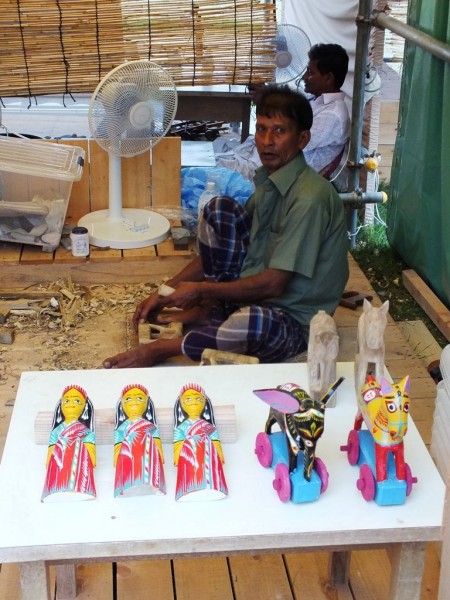 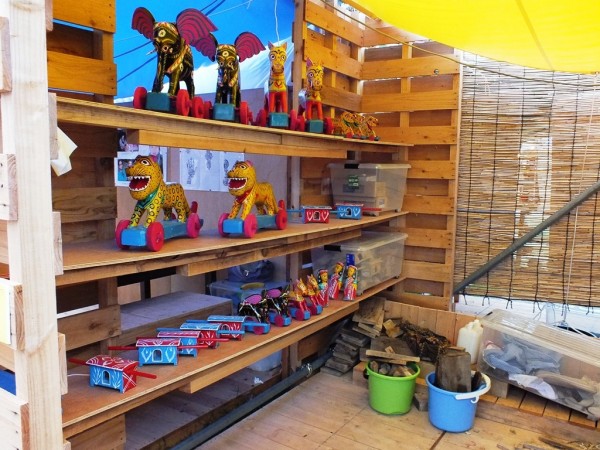 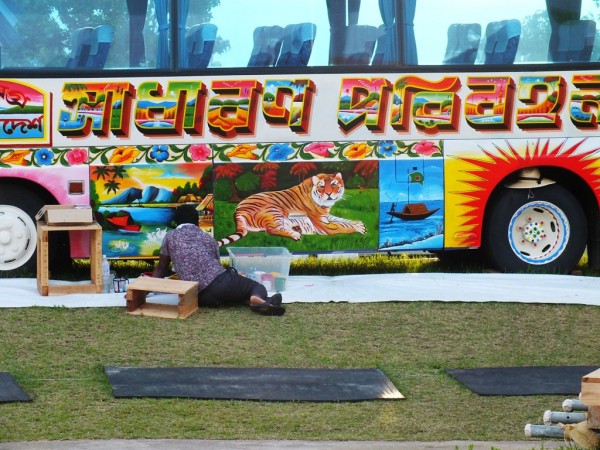 The painted bus is coming along nicely.

Honestly, I thought it was going to be very tacky, and it’s not. It’s beautiful. Actually, it’s something I understood / learned with Bengal Island. I’ve always found the love to very bright (and numerous) colors from the Indian subcontinent cultures pretty strange, and yes, tacky, as do many other Westerners. But it’s one thing to see pictures on the internet or elsewhere and it’s another one to see the real thing. Those busses, rickshaws, toys, posters and more with all of those very vivid colors are actually wonderful and beautiful when you see them for real, not through a picture. 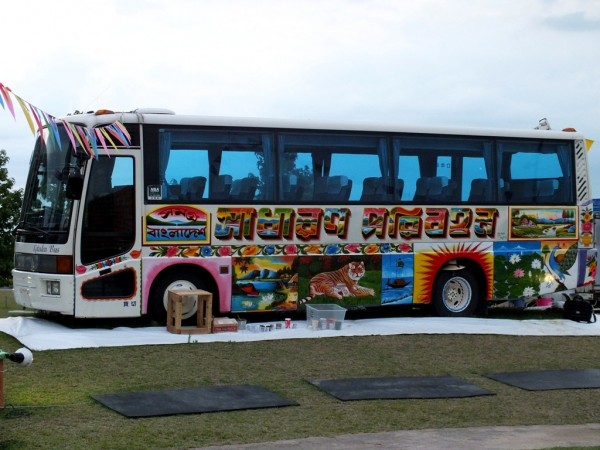 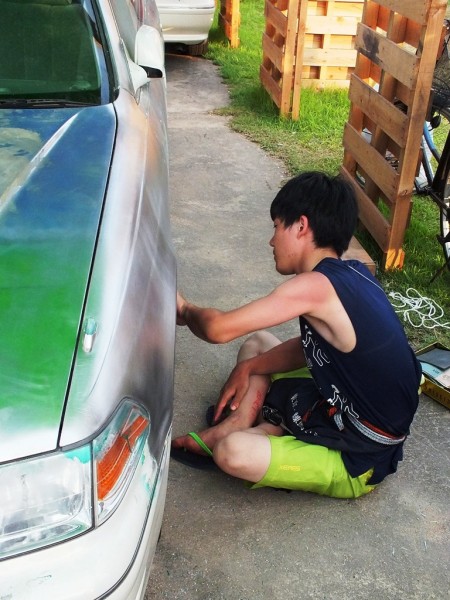 I’m a bit worried of the Four Mirrors progress. When I took those pictures, the summer session (and Bengal Island) was about one third through and the first car is not even finished yet. How are they going to finish polishing four cars in three-four weeks? On the other hand, most people working on it are college students and it’s summer vacation now. Maybe they’ll get reinforcements during the second half of August. 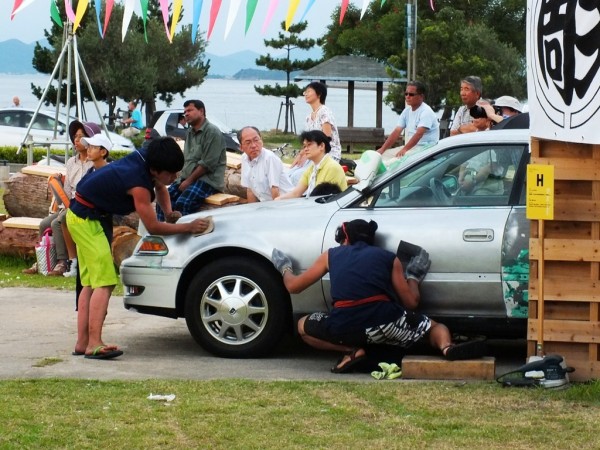 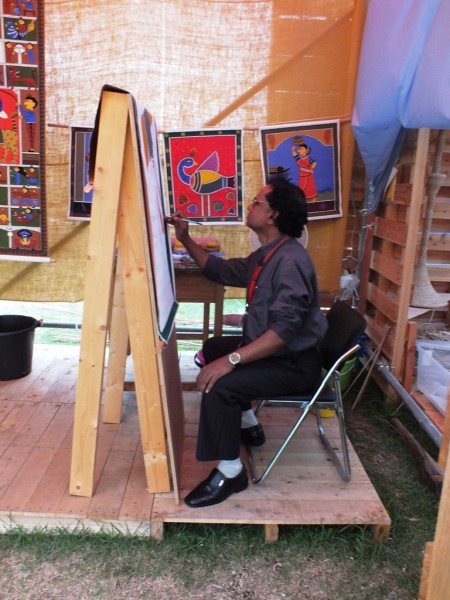 Shambhu Acharya paints scrolls named gazir pat. They represent scenes from local legends as well as religion (the Hindu one I assume) if I understood correctly. For some reason, I find the artist as fascinating as his works (maybe because he’s dressed so nicely, despite the heat and the informal setting. 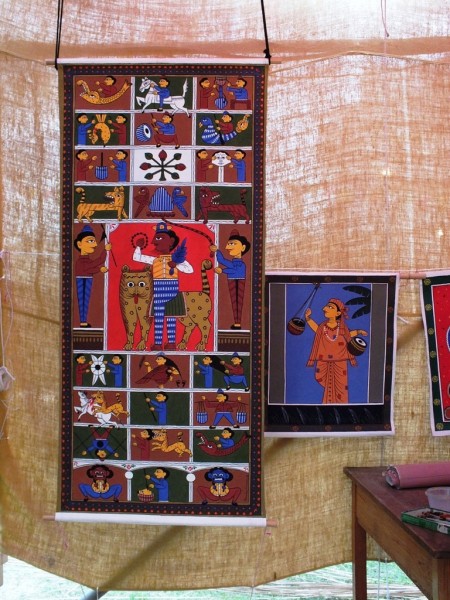 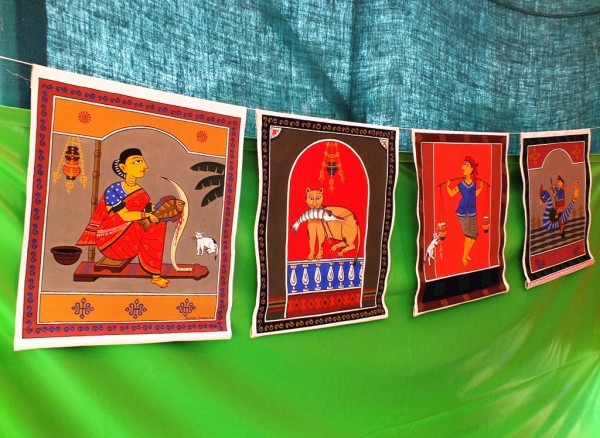 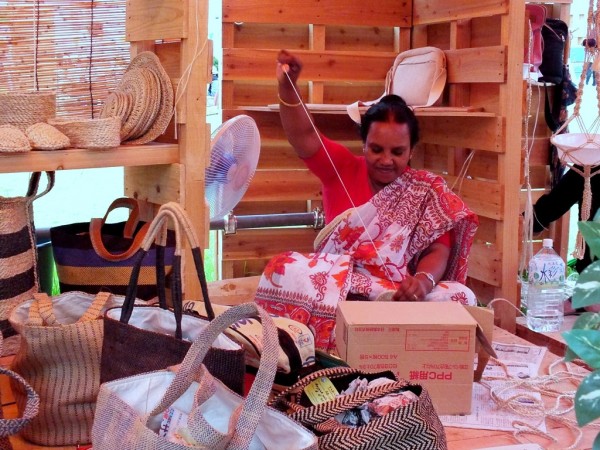 This lovely lady makes many objects in jute. We’ve ran into each other a few times since the beginning of Bengal Island, and she’s very friendly despite the language barrier. She’s also a big fan of Hana, even though my daughter is a bit ungrateful and scared of her for some reason (she’s usually very social). 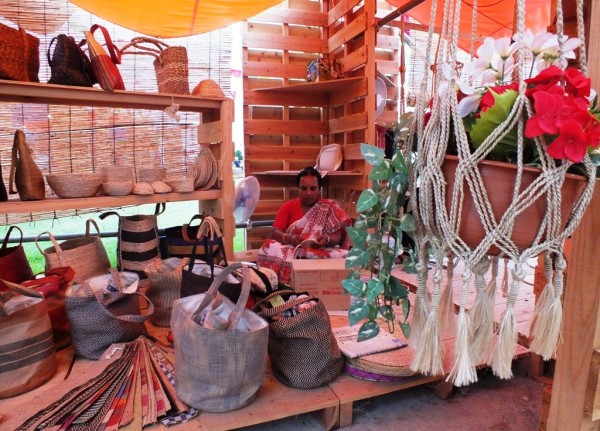 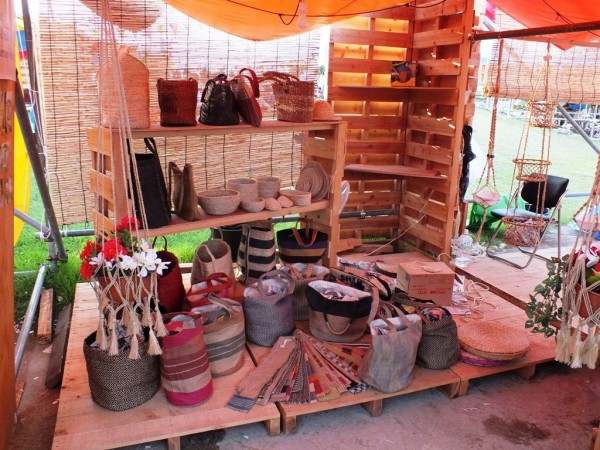 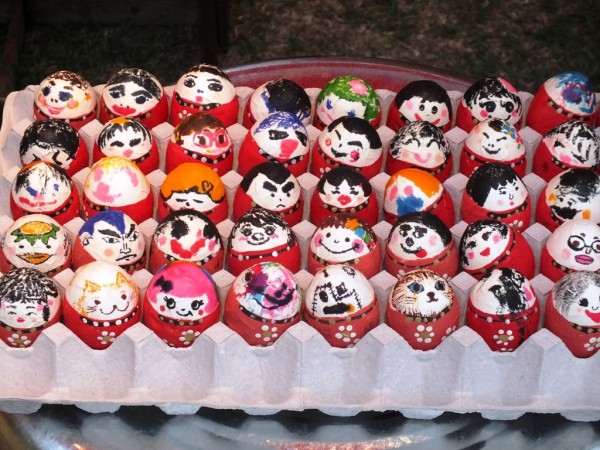 I must not forget to tell you about these Little Girls of Sanuki at some point. 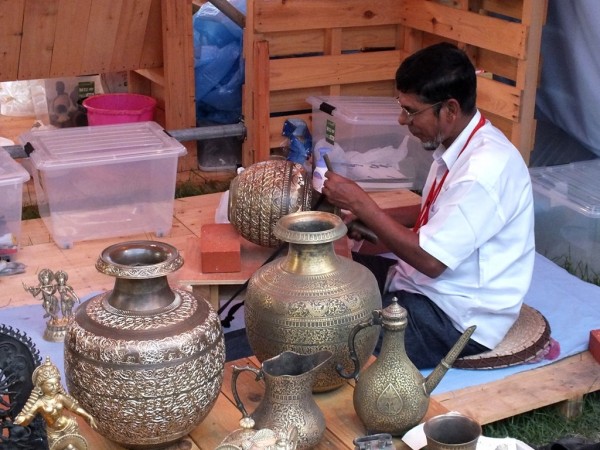 I find these metal works really amazing. For some reason (growing up in a industrialized country?) I never associated metal with crafts, and the fact that metal objects could be so beautifully handcrafted never crossed my mind I guess. 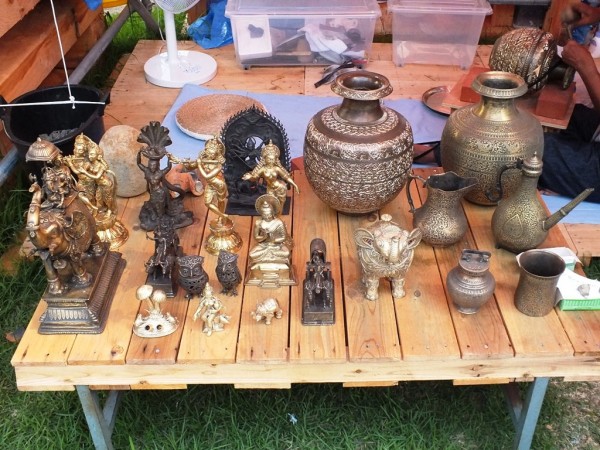 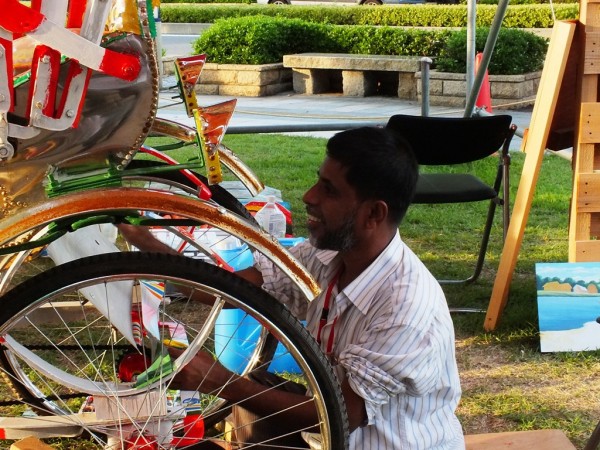 One of the very friendly and very happy rickshaw artists at work. 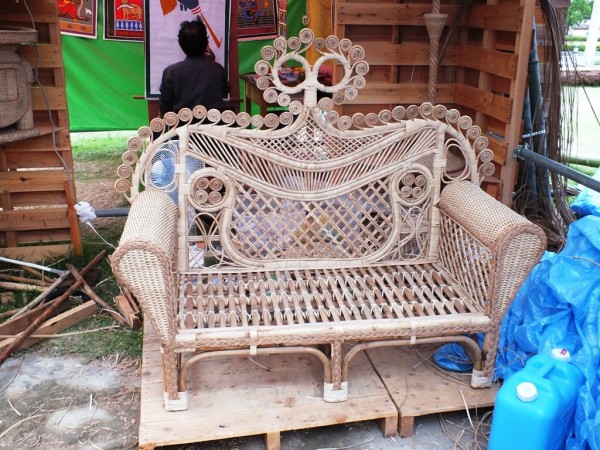 Muhammad Shariful Islam, Sibnath Sibu an a friend basically gave me a private mini-concert.
(on a side note, I feel that the image quality of my videos is getting worse and worse. I wonder why – time to double-check my settings and/or learn how to use the video on my regular camera) 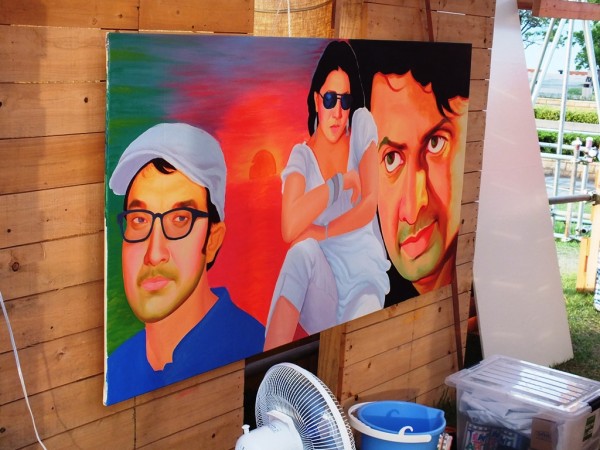 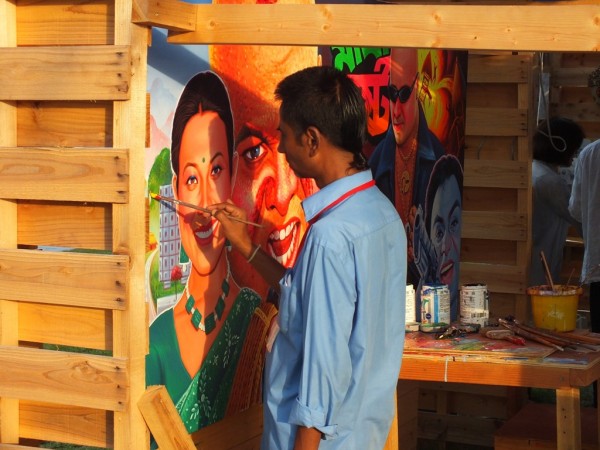 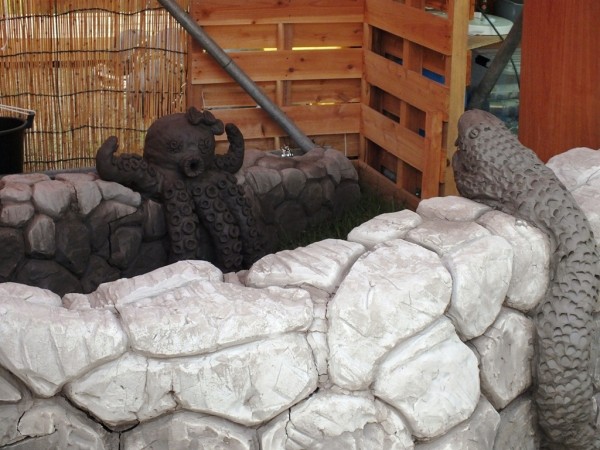 Masato Saito, who made Shishigaki Island on Shōdoshima also has this project on Bengal Island, Shōdoshima Boar Fence, but I have yet to see him. He must be there at times though as this octopus and this snake weren’t there before. I’ll give you more information as soon as I have some. 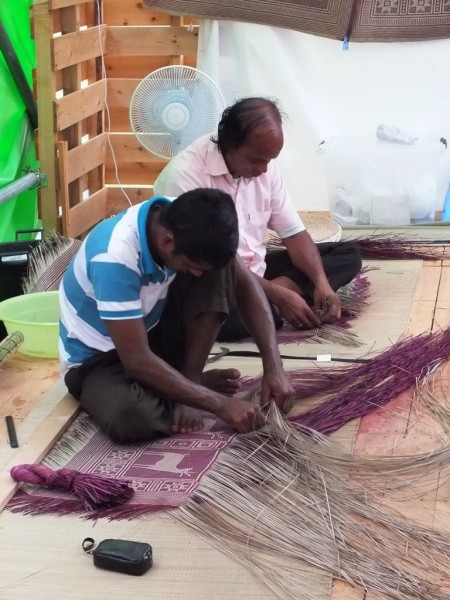 Arun Chondro Das and Horendro Kumar Das are really hard at work with their mats. During my various visits of Bengal Island, they’re the only one I constantly saw working and not taking breaks, talking with visitors or compatriots. Or maybe I always went during their “working times” and not during their pause (as opposed to Masato Saito) 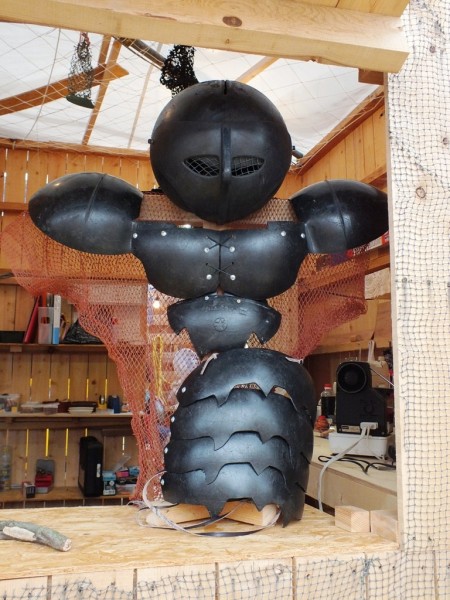 So this is what the people from Skin Project were doing with those buoys the other day?
This is the main reason why I return to Bengal Island as often as possible – on top of the fact that the place is awesome – to see things get created. 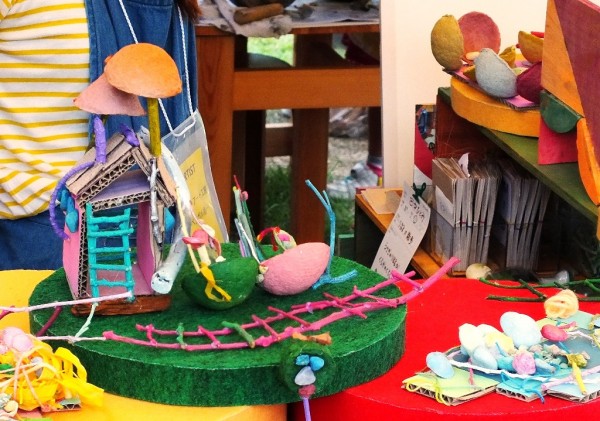 Town of Beginnings – little houses and sceneries made from fishing and daily items. 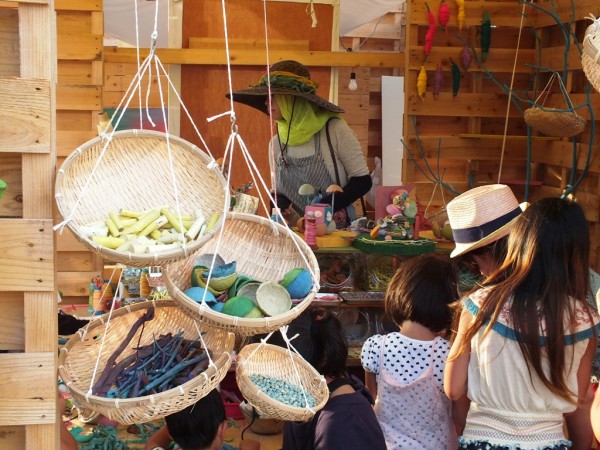 To be continued (I should be returning this evening, if the temperature becomes a bit bearable)…