At the Setouchi Triennale, among the artists, there are people like you and me, who simply applied with a project that was accepted (I assume that their artistic resume was not empty), and then, there are the stars, the Tadao Andō, Kaho Minami and other Chiharu Shiota. However, even those “stars” are not exactly “famous” in the traditional sense, especially outside of Japan. This year, there is a “real star” known by all in Japan and by many abroad, as “Beat” Takeshi Kitano is among the artists taking part in the triennale this year.

Mostly famous for his silly TV shows in his home country and for his great movies abroad, he is gifted with another talent that is not as known but which is as interesting (or even more than the silly TV shows); Takeshi Kitano is also an artist, of the fine arts kind. Back in 2010, I had the chance to see an exhibit with a lot of his works at the Fondation Cartier in Paris, I really liked what I saw. His art is very similar to some of his films (not the yakuza ones, the other kind) both preposterous and poetic at the same time.

So this year, he came to Shōdoshima, more precisely in the village of Sakate, where – with his friend Kenji Yanobe –  he created Anger from the Bottom, a quite peculiar installation.

If you arrive there more or less by chance, you won’t see much except for this large well made of fake stones and real plastic:

On the other hand, if you get there just before the top of the hour – any hour between 9am and 5pm – this is what you’ll see:

Yes, every hour, this monster/demon/thing comes out of the well and “terrorizes” the neighborhood. 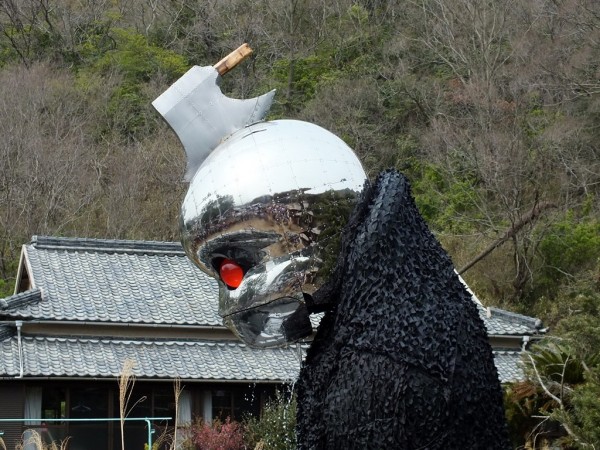 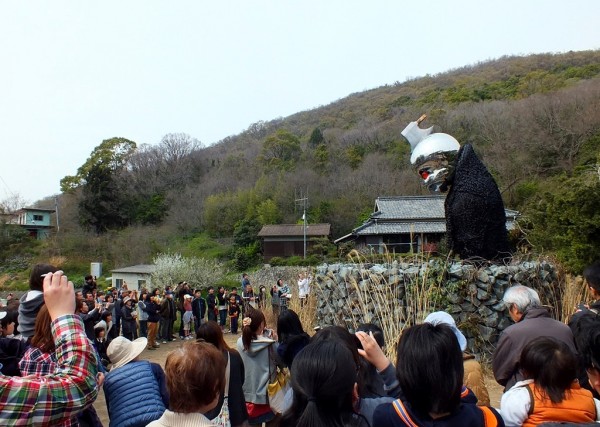 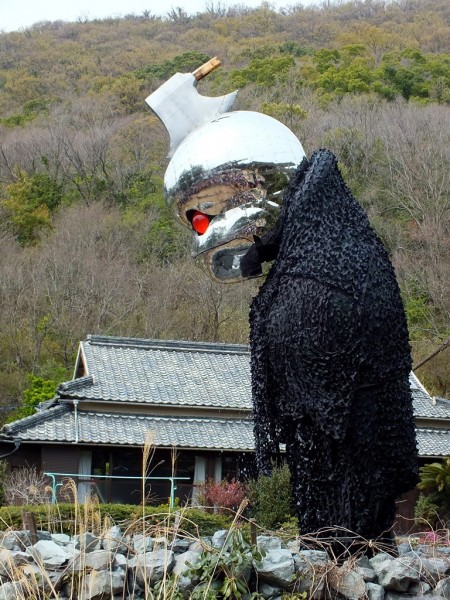 And once completely risen, it starts vomiting water, lots of it: 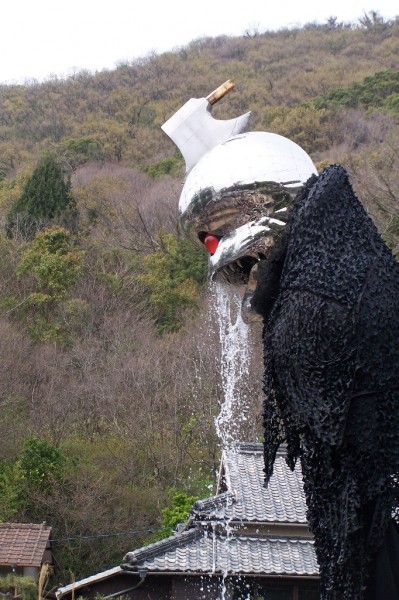 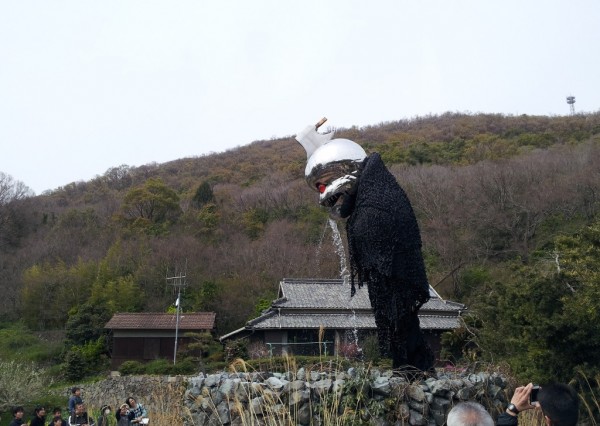 Then, soon after, it will start sinking into the well, where it will remain until the next hour:

All in all, Anger from the Bottom is a pretty strange work of art. I’m not too sure what it represents; whether it is inspired from some legend or if it simply was born off Takeshi Kitano‘s mind (he designed it, Kenji Yanobe built it if I understood correctly). One can think that it is a bit discordant compared to the usual artworks from the Setouchi Triennale. And I have to admit that even if I like the looks of that monster, five months after having seen it for the first time, I still don’t really know what to think about it as a piece of art. (I guess I’ll have to return soon to get a better idea) 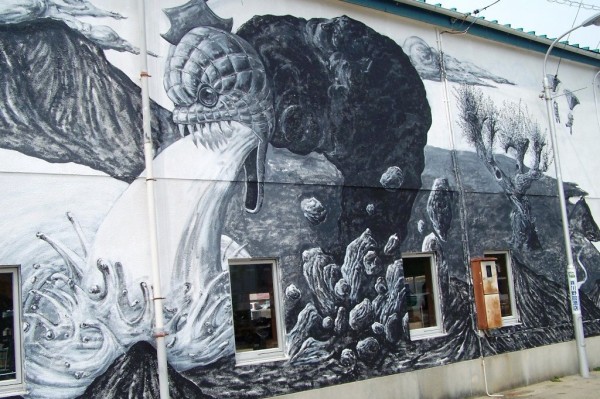 In Sakate port, there is now this big fresco representing Anger from the Bottom right next to Kenji Yanobe’s other contribution to the Setouchi Triennale (I’ll tell you about it in a later post).

Anger from the Bottom by “Beat” Takeshi Kitano and Kenji Yanobe is open every day, including in between festival sessions. Being an outdoors artwork, it is also free of charge. However, keep in mind that the creature comes out of the well only for five minutes every hour, so don’t get there late (there’s a good 10 minute walk from the port if I remember correctly). I don’t know if it’s a permanent artwork or not, but the fact that it remains open in-between sessions makes me think that it may be. We’ll see.