If you’ve been to Megijima in the past three years or if you’re a long time reader of the blog, you mostly likely already know this piano-boat that is “stranded” in the port of Megichō: 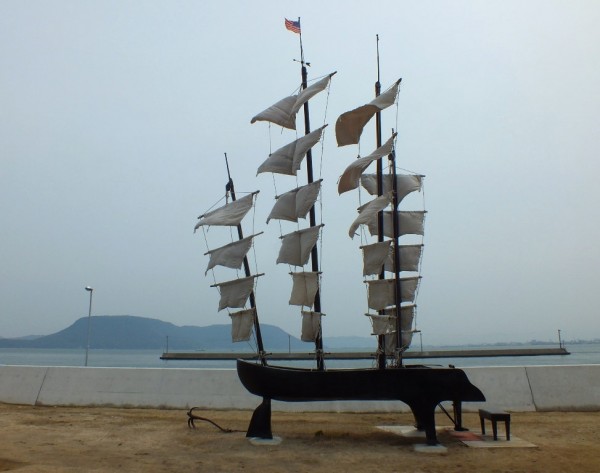 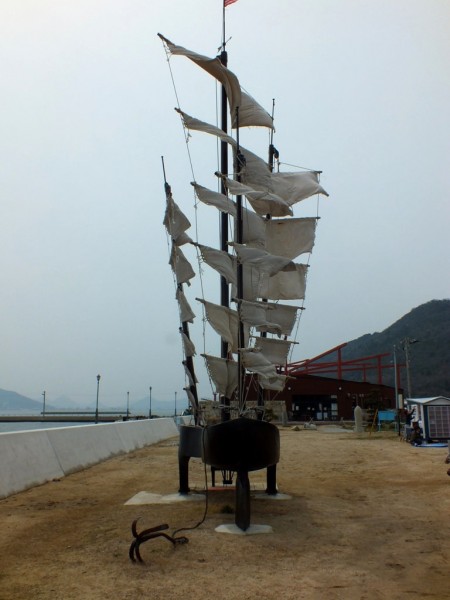 You will have recognized 20th Century Recall by Hagetaka Funjo that dates from the original Setouchi International Art Festival and that is now one of the landmarks of Megijima.

However, looking at it closer back in April, I noticed something I had never noticed before: 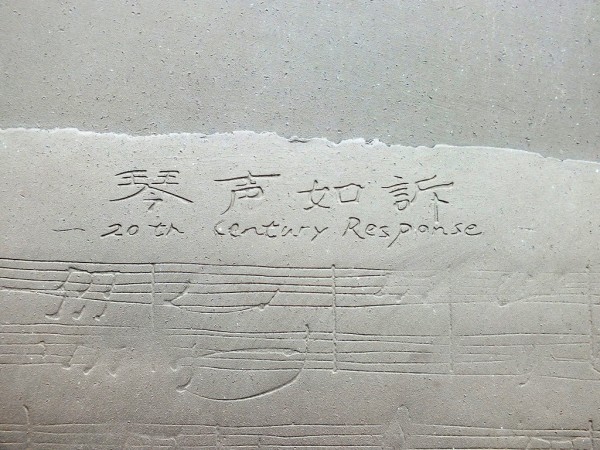 Strange. I’ve always known it as 20th Century Recall, and that’s its name on the official site. Also, the kanji just above don’t match the Japanese name (20世紀の回想) either.

Actually, all of that underlines a (very minor) issue about the names of the Setouchi Trienale’s artworks. Most artworks have a Japanese name and an English name, the latter being a translation of the former. However, sometimes, that name, for a reason or another can change over time (I’m especially thinking of Chiharu Shiota’s work on Teshima. I’ve always known it as Farther Memory, but this year, for some reason, it has been renamed Distant Memory) which can sometimes be confusing. 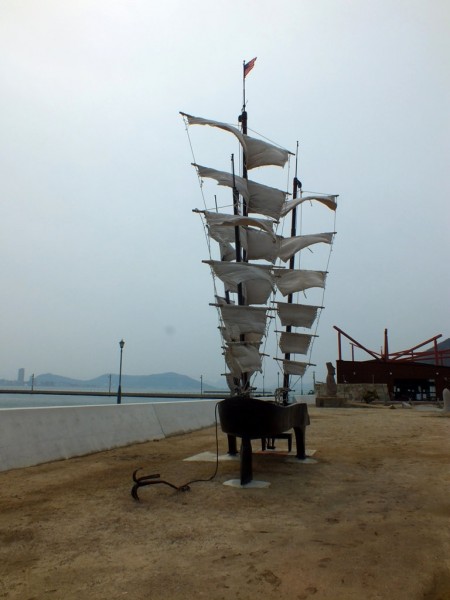 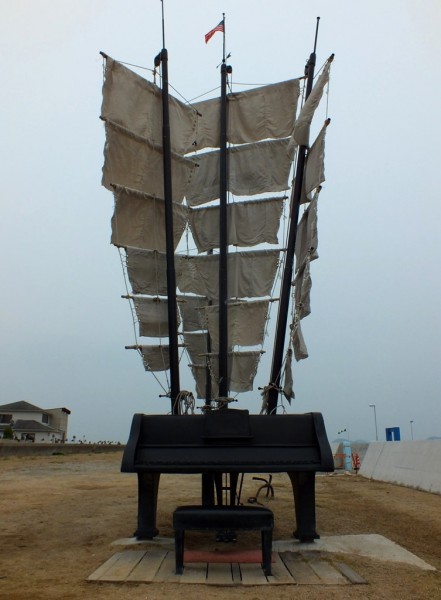