I don’t speak nearly enough of the “Western islands” on this site. I mean the four islands in the western part of Kagawa Prefecture that host the Setouchi Triennale during the Autumn session only.

The main reason for this is that I usually try to introduce various artworks in a timely fashion and that the ones on these islands are usually available for one month only, one month when I’m usually very busy because I try to go to as many places as possible then. In other words, when I have the time to talk about them, they’re usually gone.

I guess the good side of presenting most artworks as a retrospective this time is that I can introduce them along with the art from the “main” islands.

As you will have guessed from the name, it is located on Awashima. The place is the island’s former Junior High School and it has been hosting art from artists in residence since 2010, well before Awashima joined the Triennale. I introduced it a little bit a while ago (click here if you need a refresher).

In previous years, the entire “village” (former school) was devoted to new art for the Triennale. Not this time. Partly because the Awashima National Sailor School is under renovation, so all the permanent art from there has been moved to the artists’ village. Also, there were two installations that are not part of the Triennale (one that is from the Triennale 2019 but that was so well-loved that it became permanent and independently managed, another one is new, also independently managed – I assume both by the city of Mitoyo, but don’t mark my words, I could be wrong).

I’ll show you more about all of them at a later date.

Today, just a few pictures of some paintings and installations from Yu Sato and Nana Mori.

I have to admit that I have no idea who did what. So, I’ll just let you enjoy these few pictures.

Also, I’m sure I took more pictures but I just can’t find them anymore. Have I deleted them by mistake? I hope not. Have I filed them in another folder by mistake? In that case, they might show up at a later date. We’ll see. 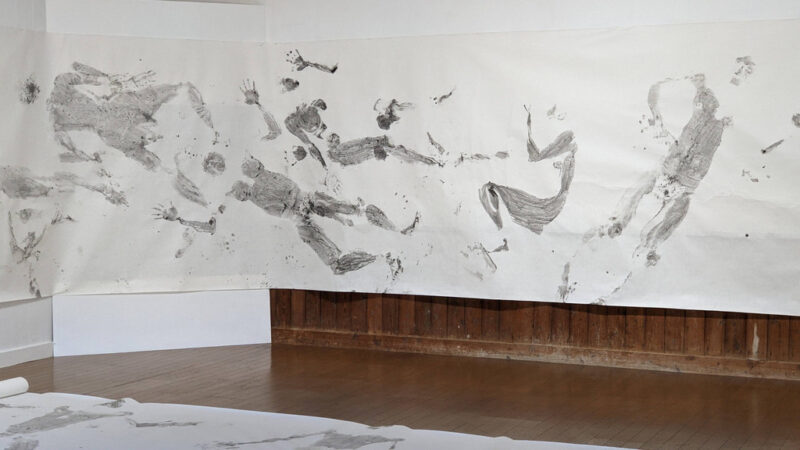 I wasn’t too impressed by these imprints. 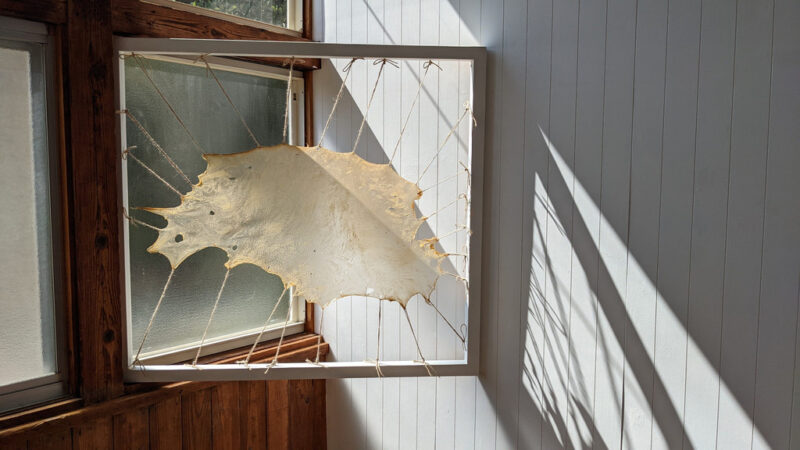 Yes, it is wild boar skin. There were a few wild boar things in this room. Part of the “missing pictures” I mentioned above. 🤔 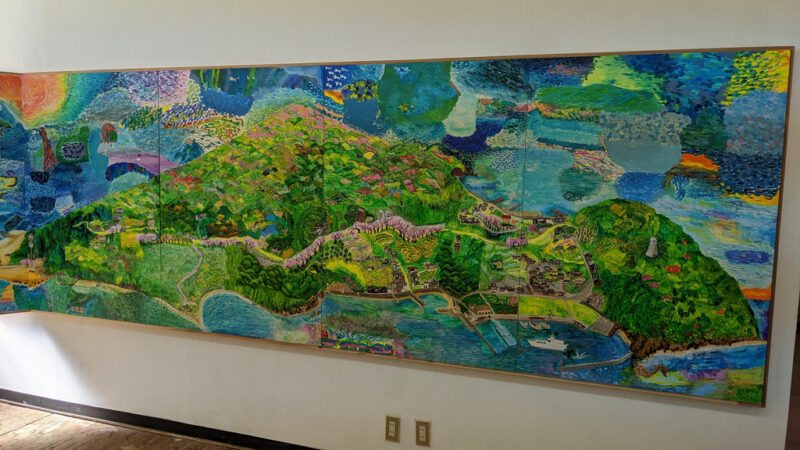 I can’t believe I didn’t take more pictures of this huge drawing/painting. It’s a giant “map” of Awashima and from what I understand, islanders got to paint their own houses, fields, etc. 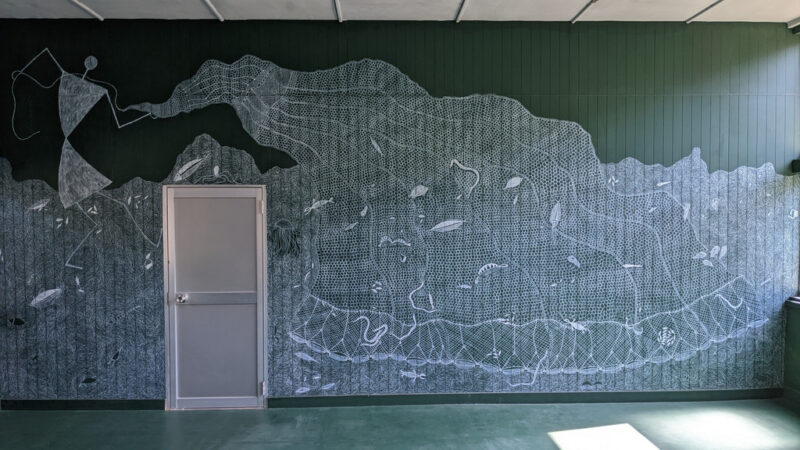 My favorite room this year was this one. The “blackboard” had spread all over the walls and the floor and had become the entire room. I’m pretty sure it’s from three years ago. The style of the art is the same as one artwork from then. I need to dig through my archives (the posts I didn’t publish three years ago… I still could… should?) 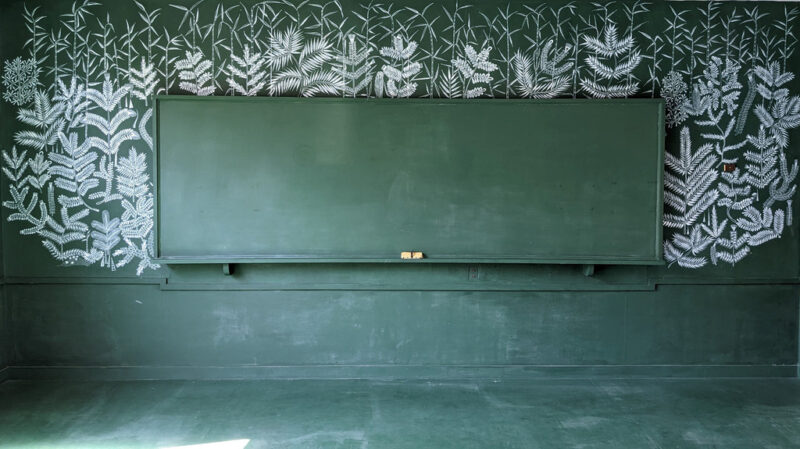 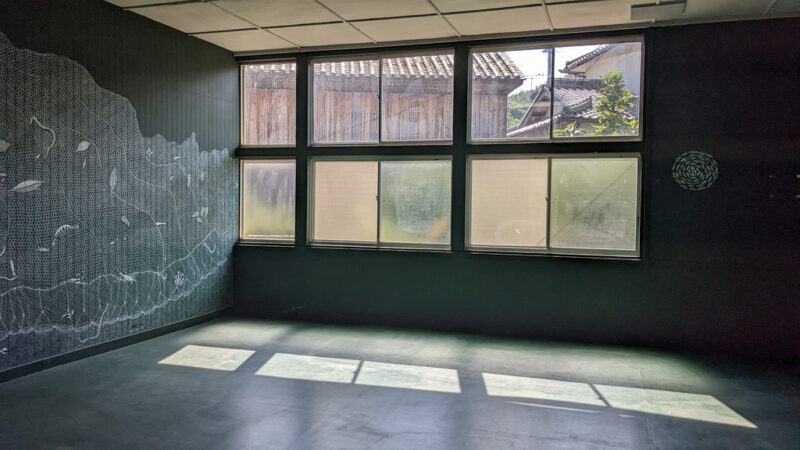 Alright, that’s all for right now. If I find the missing pictures, I’ll just make another post. And yes, I really should show you some of the art from 2019 that was in the artist village. I’m adding it to my already too-long “to write about” list.

previous20th Century Recall in the wind
nextAnger from the Bottom