For 90 years, from 1897 to 1987, on Awashima was the National Sailor School that – perpetuating the tradition of the Shiwaku islands – trained the best civilian sailors of Japan in the 20th Century.

Today, in addition to its rich history, this 19th Century western style building, sitting in the center of Awashima’s main village, has become the Museum of Sailing and hosts various events and exhibits, including art from the Setouchi Triennale (including some permanent pieces).

Here are a few pictures: 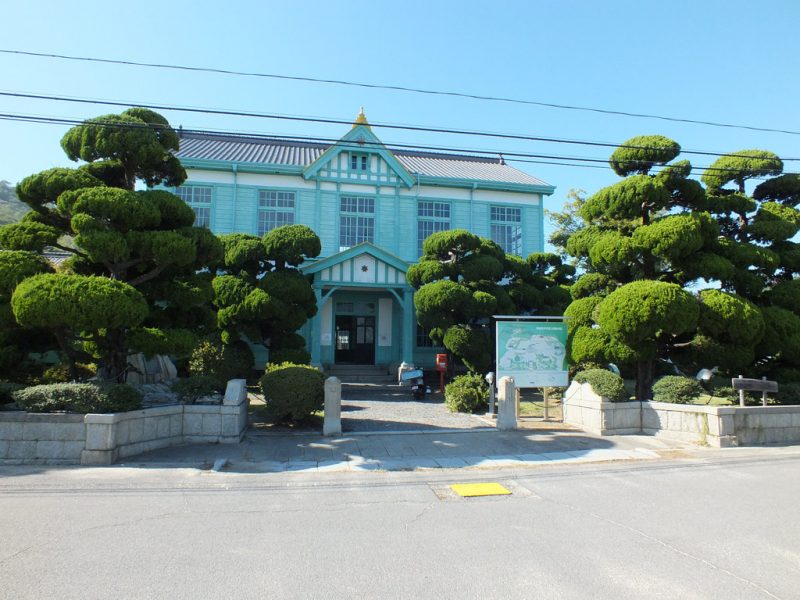 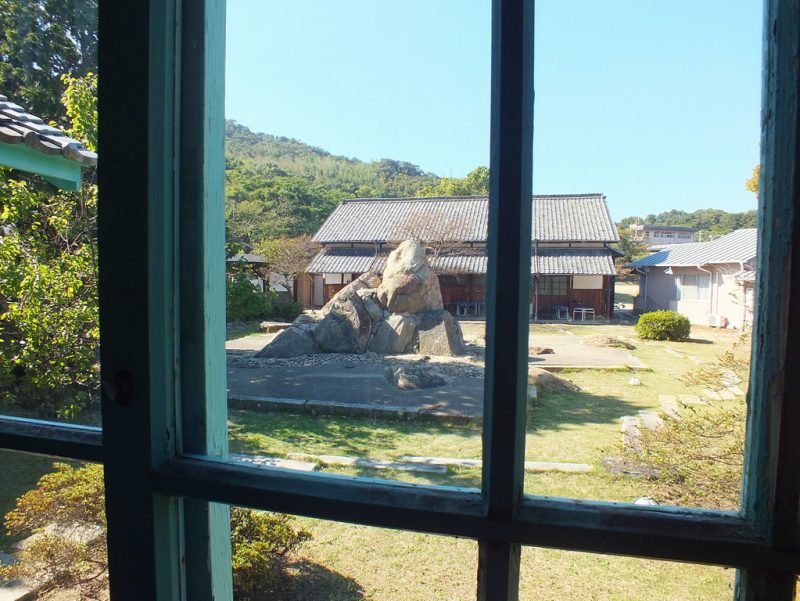 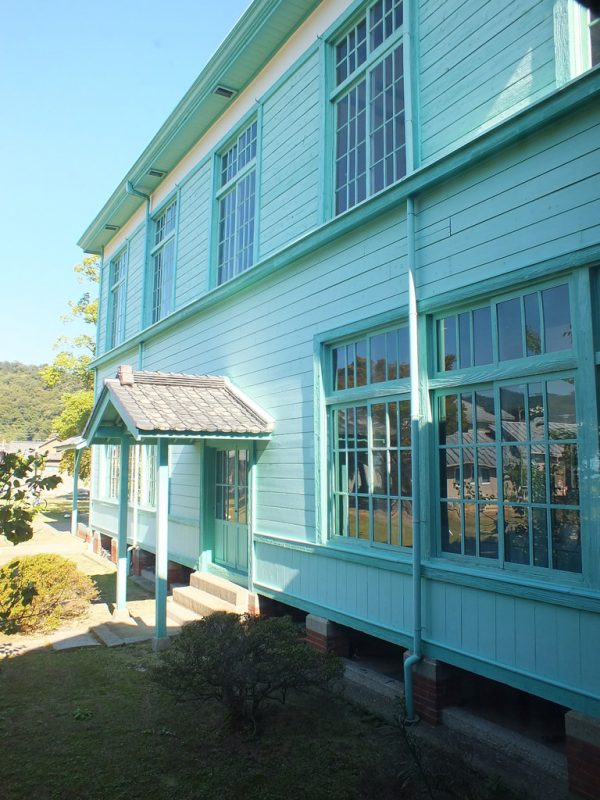 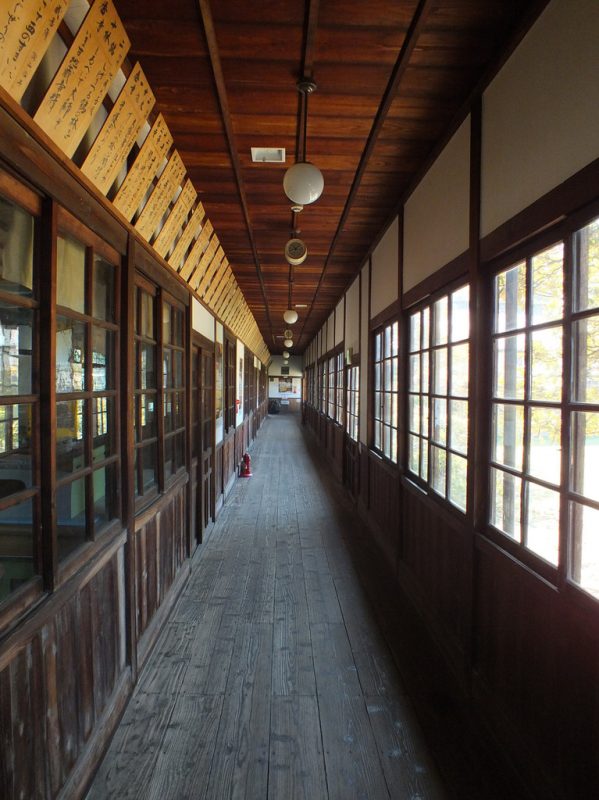 On that day there was an international photograph exhibit. 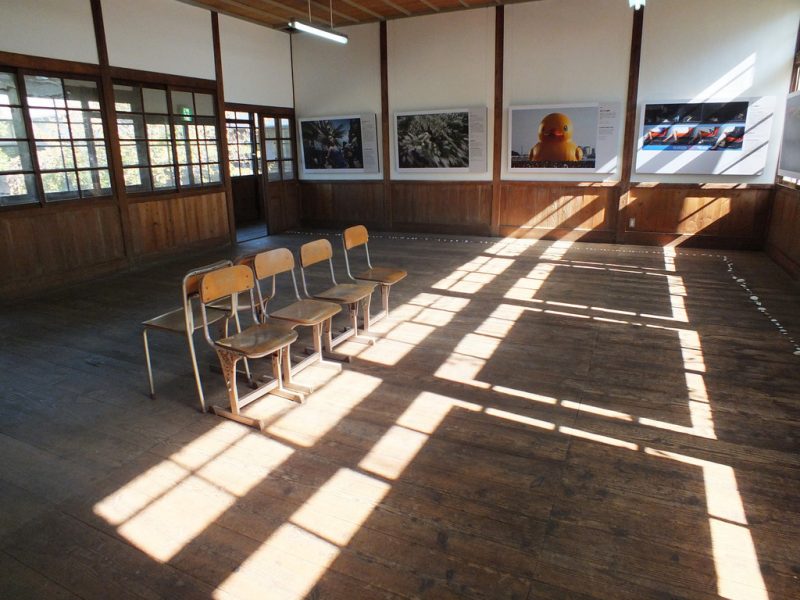 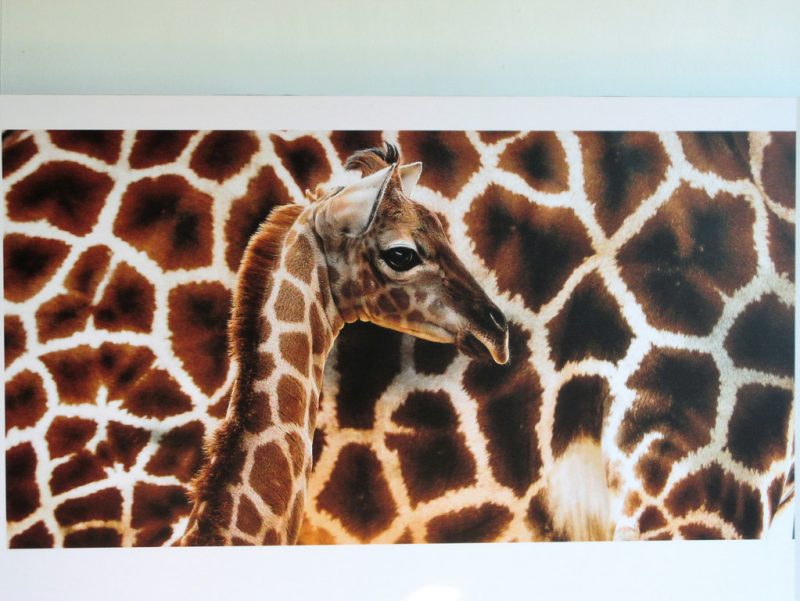 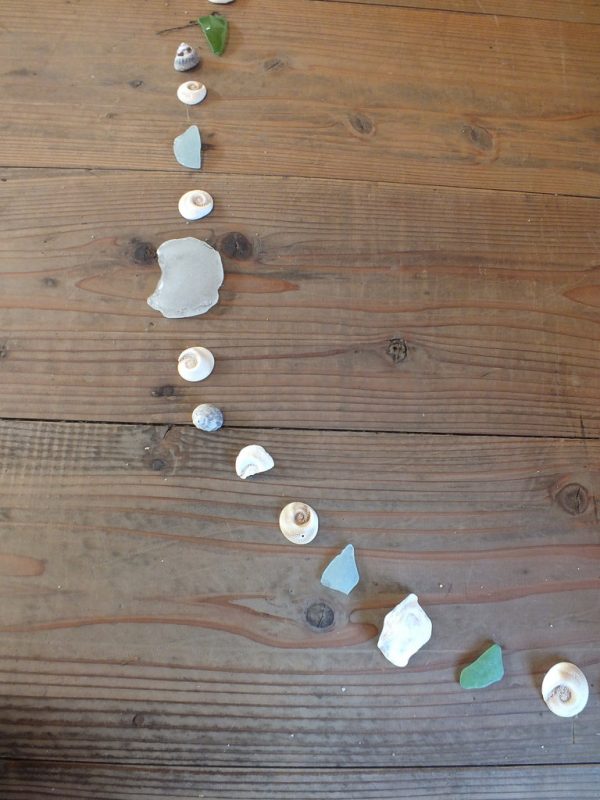 With a very nice way to delimit the “out of bounds” space around the photographs. 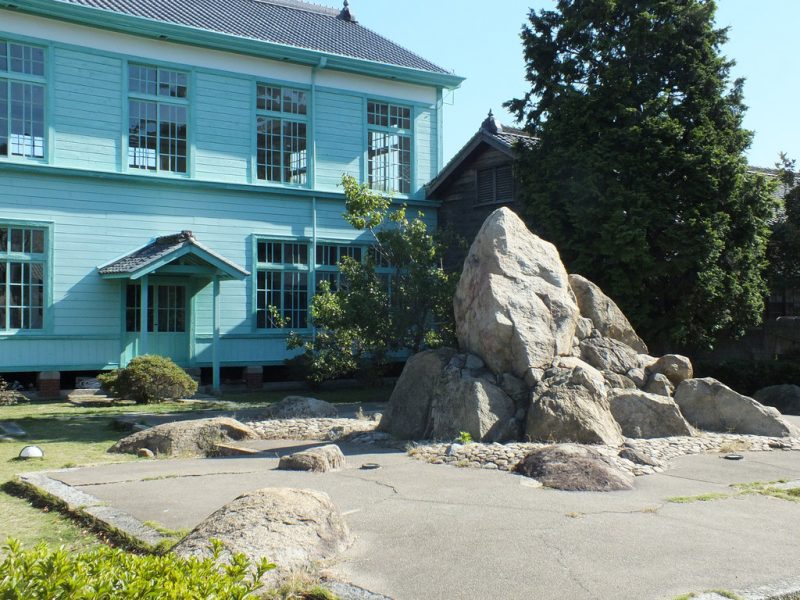 Right next to the school building, there’s a small restaurant/hotel (not exactly the hotel itself, rather the reception lobby, the rooms are in some little houses nearby) and a very interesting “sculpture”: 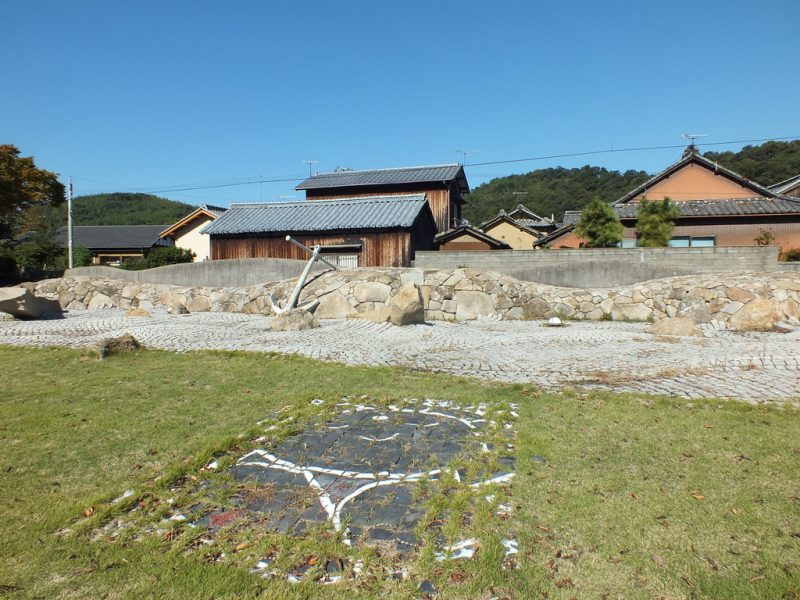 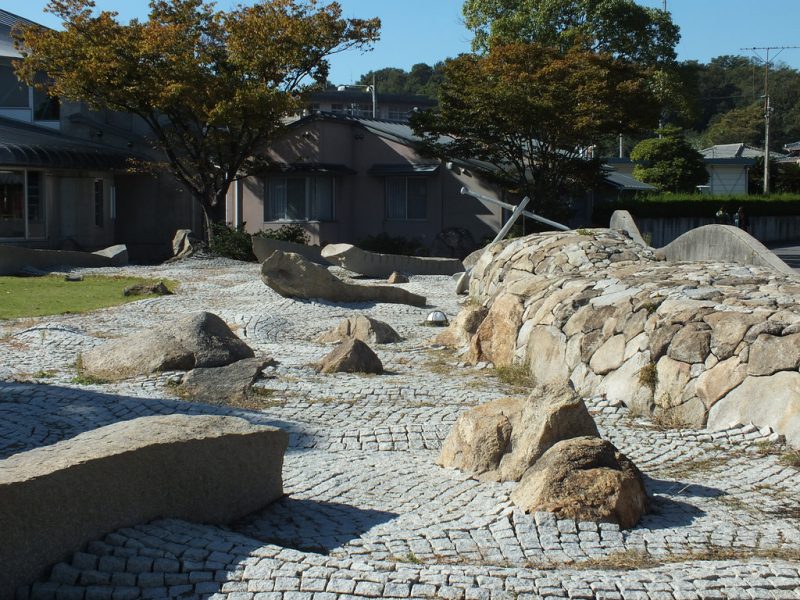 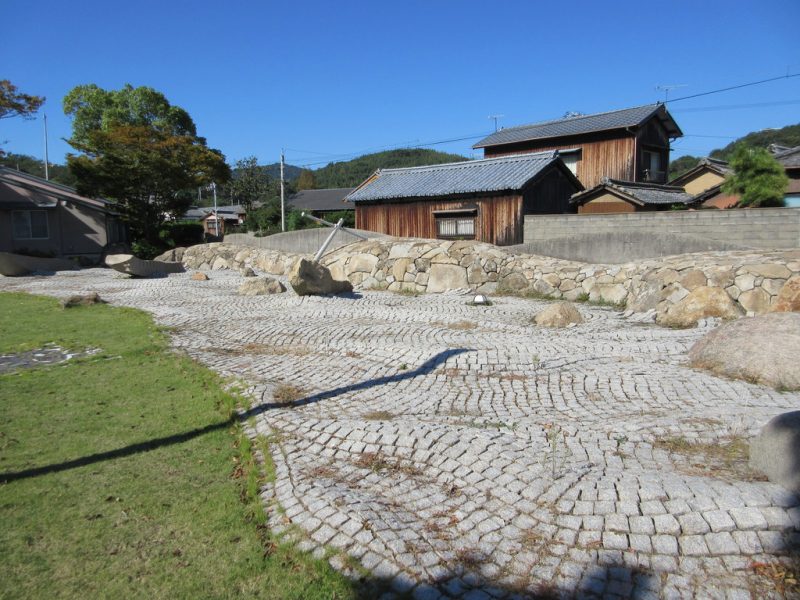 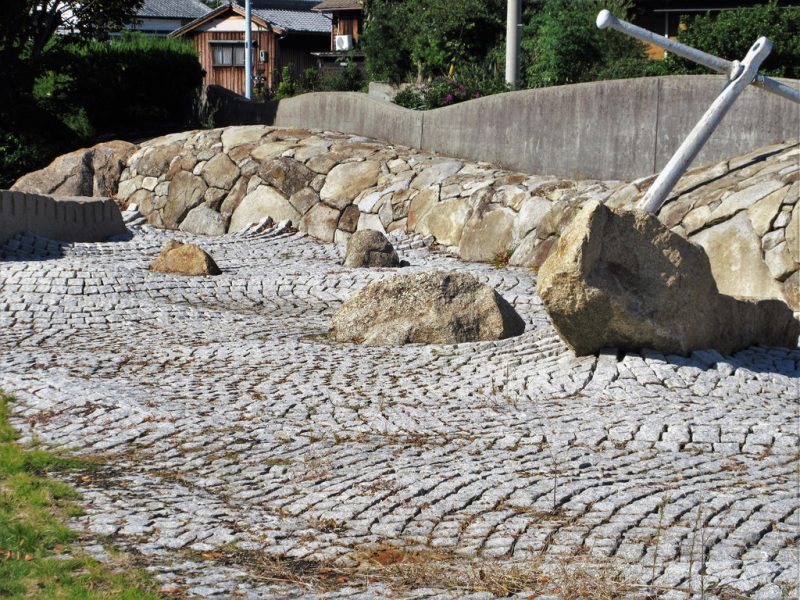 As well as this fascinating rock in the middle of the school yard: 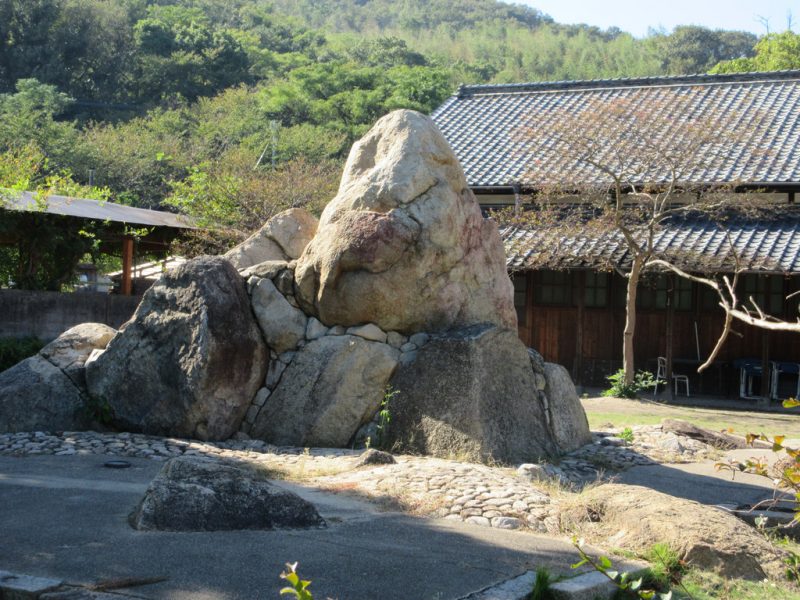 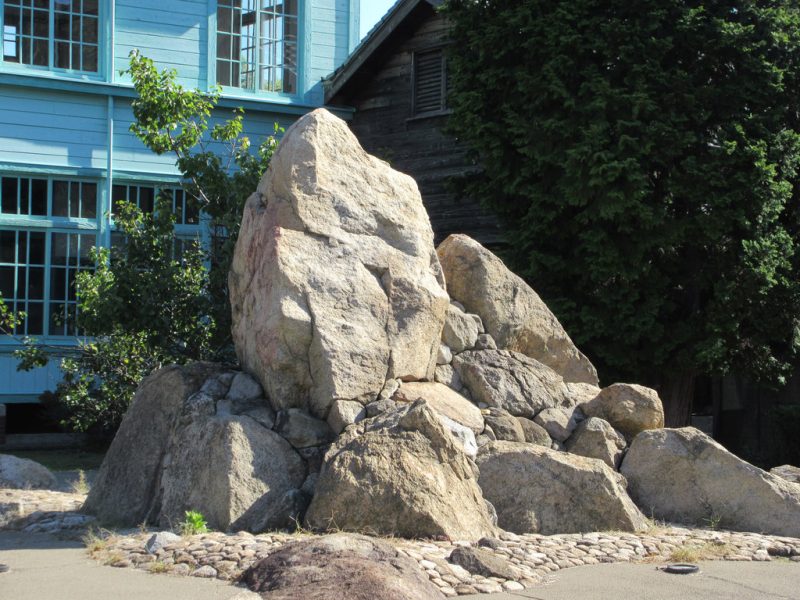 Expect to see more of the National Sailor School building (through the exhibits it hosts) on the blog. Not sure when. Well, actually, you’ve already seen it. 😉