Let me introduce you to Ao Oni-kun.

One can poorly translate this into “Mr. Blue Oni.” 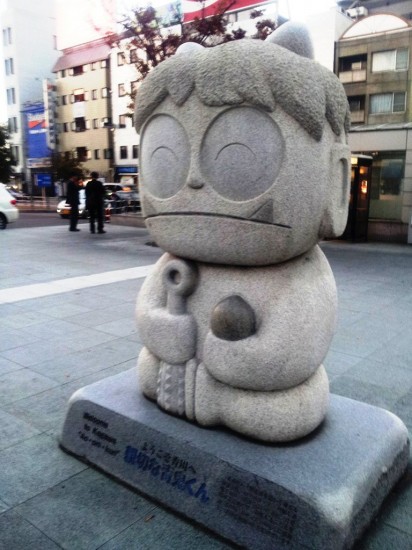 You most likely have already seen this statue if you’ve been to Takamatsu. It is a Oni and it is located right next to the Takamatsu Station in the Sunport.

As you may already know, Oni, aka Japanese demons (or ogres, your pick) are part of the local folklore, particularly because the legend says that the Megijima cave is the Oni Cave from Momotarō’s adventures.

From its location, this artwork is very often one of the very first thing (and definitely the artwork) that a newcomer will see in Takamatsu. This was my case in 2009:

One thing is that when you encounter such urban art, one rarely knows the name of the artist, most of the time, one doesn’t even think about it.

And that was my case with this statue for a very long time, until I learned it by chance about 2-3 months ago.

The artist who made Ao Oni-kun is Yoshifumi Oshima.

The name may not ring a bell for you, but if you’re a regular reader of the blog, you’ve already seen him as he’s the “boss” of Onba Factory on Ogijima!

From the day I met him and filmed that short interview in October 2010 (see link in previous line), we stayed in touch, I even saw him about two weeks ago, and you can expect to hear about him here again soon.

Meanwhile, I find it fun that the very first artwork I’ve seen in Takamatsu (and possibly in Japan) was made by the very first Japanese artist I’ve met.

Oh and if you can read Japanese, here is his blog: ゴリさん制作日記. 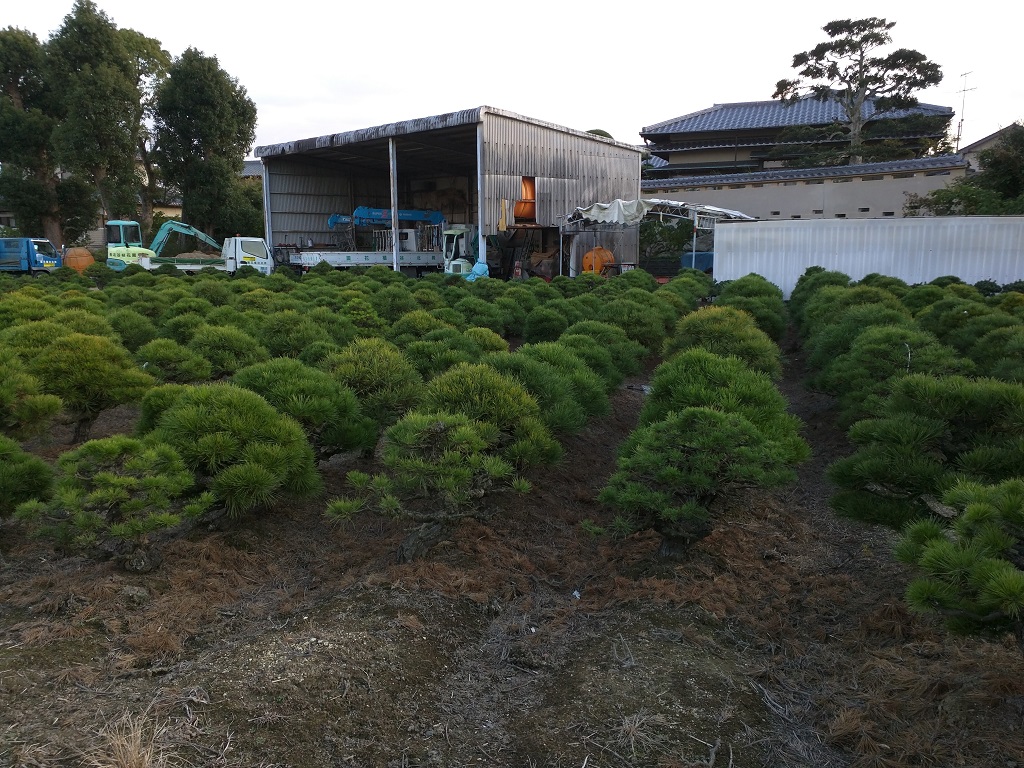 You may or may not know that Takamatsu is, by far, the largest producer of pine bonsai in Japan – with more […] 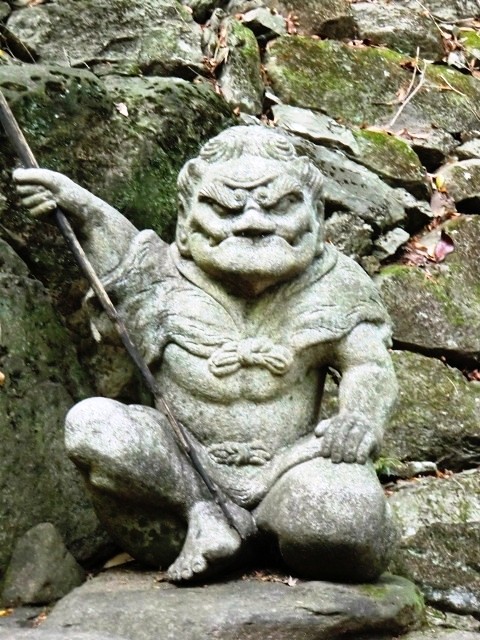 I’m not exactly sure who or what this statue represents, but I like it very much. It can be found […] 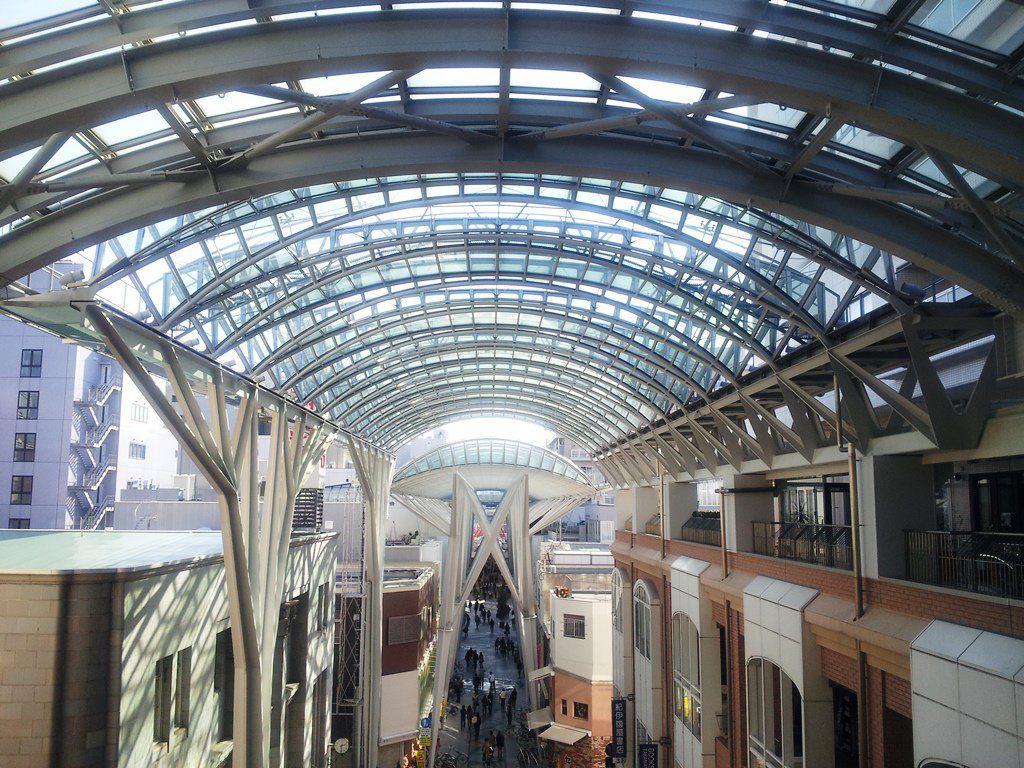 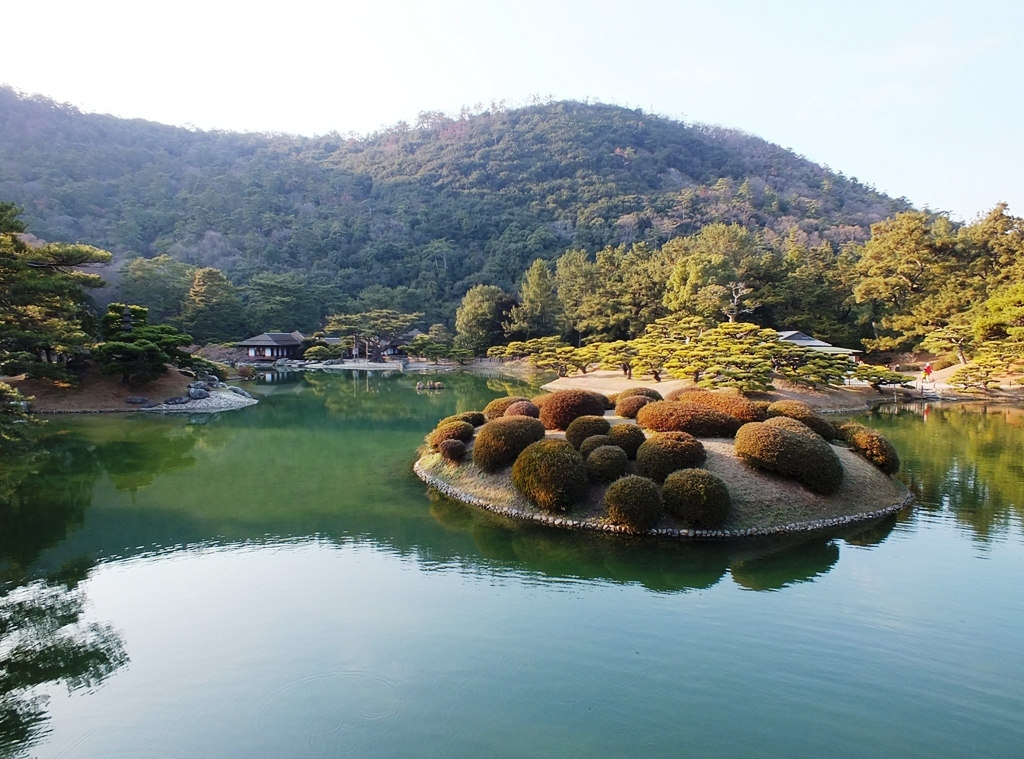 I had never been to Ritsurin Garden in winter before. That changed on January 1st as it was the destination of […]