Last Friday we went to Ogijima with no other goal than having a chill, relaxing day, nothing else (not even visiting some art, all Setouchi Triennale artworks being closed on week days in between sessions – except for the outdoor ones of course).

However, a surprise event awaited when we got on the island:

OK, I’m lying, I totally knew that Chii Oshima’s daughter was getting married on Friday, I just didn’t think we were going to witness it. 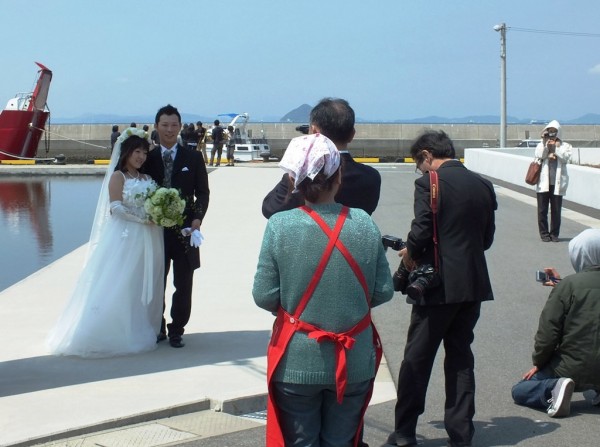 A wedding on Ogijima, I love the idea, too bad it’s a bit late for me. Actually, if I’m correct, it’s not the first one happening (I mean, people not living on the island getting married there), I believe some Koebi-tai volunteers got married on Ogijima a year or two ago.

(If you wonder why I’m taking this picture from a certain distance, it’s because I had no idea we were going to be invited to attend the ceremony and my clothing was way too casual for a wedding where I know only two people – the bride’s mom and stepfather, not even the bride and the groom) 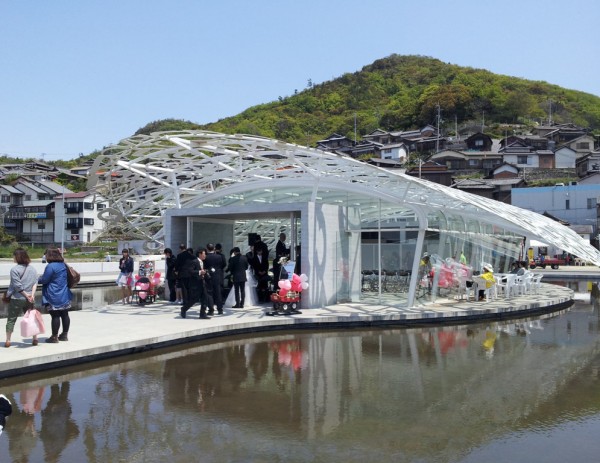 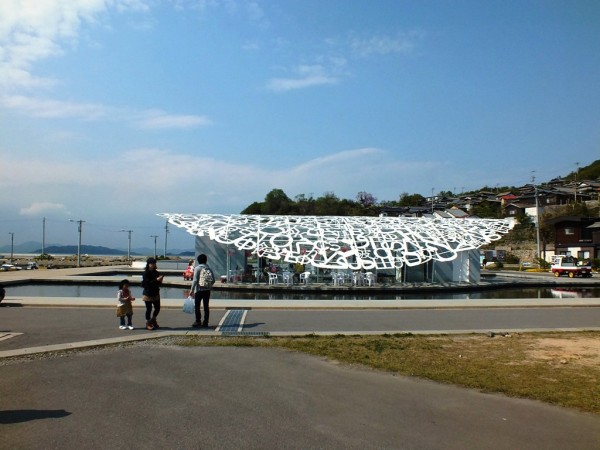 Apart from that, the rest of the day was spent having s stroll to the lighthouse and in the village’s street, I didn’t even take any picture for the blog. We also stopped at the new café that opened last month. It’s called Café Tachi and I hope to tell you more about it very soon, it really was a great welcoming place and a new café on Ogijima is great news on so many levels (but as I said, I’ll write in more detail about it soon).

When the time came to leave Ogijima, we met with the wedding party and guests once again (some of them returning to Takamatsu on the same boat as we did), and the goodbyes from the people staying on the island were even better than usual: 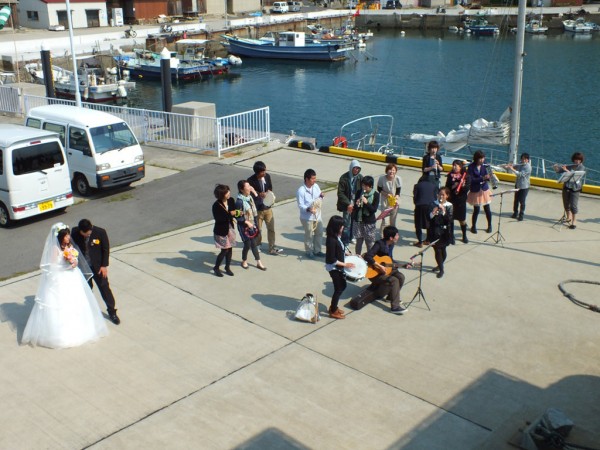 A big thank you to Koebi-tai volunteers for that impromptu concert. They should do that for every ferry departure. If anyone from Koebi-tai reads this. 😉 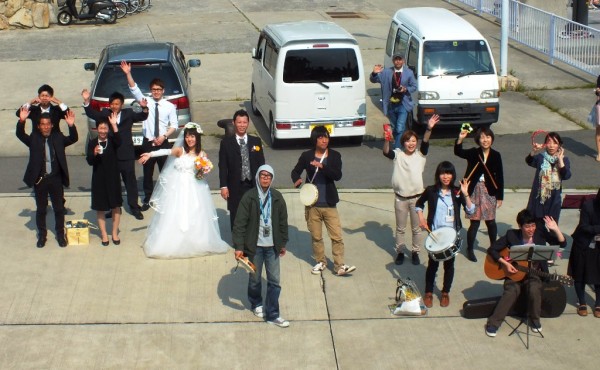 All in all, it was a very pleasant day and it always warms my heart to see more and more activity of that type on Ogijima. I should also have mentioned the relatively large number of people visiting the island just like us, for no other reason that it was a beautiful day so why not spend it outside on a wonderful island?