The Setouchi Triennale 2022 has started

So, as the title says, the Setouchi Triennale 2022 has started!

Well, it really has started 10 days ago, but I’ve been a bit busy (worked six of these days, and went to islands the remaining four), hence the delay. Also, I’ve been wondering how to blog about the Triennale this year. 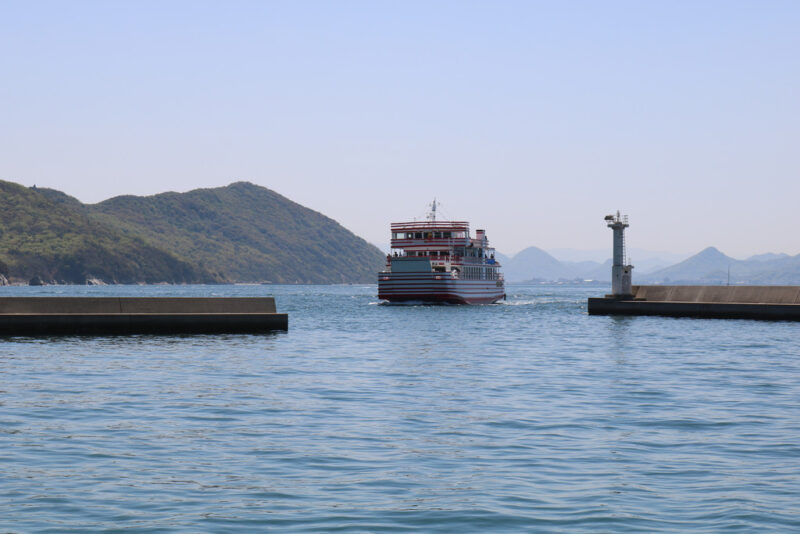 First, I have much less available time than I had the previous years. Also, the truth is that as long as foreign tourists can’t come to Japan, I’m not exactly in a rush to publish everything as soon as possible. Not to mention that I have started a few projects, not really related to the Setouchi islands, and my time is, of course, limited.

Three years ago, I mostly posted “reports” of each of my days on the islands. I liked the idea, but they always ended up becoming huge posts that took me a long time to write and I wasn’t always sure how much people were actually reading, or if they were just skimming and mostly looking at the pictures (I’m myself guilty of that when reading blogs from time to time). If you were already a reader three years ago, don’t hesitate to tell me what was your reading experience/style of the blog.

As I mentioned, it took time to write such posts. I did well in the Spring and somewhat in the Summer, but life caught up soon, and I never finished my reports for the Summer session, and I’m not sure I wrote many for the Fall session. I know I still have a dozen or more posts in my “to write” list from 2019 (and they probably never will be written – I also still have some from 2016 or even 2013, so…).

This year, I may return to a format more similar to the one I used in 2016. That is to focus on specific works of art, places, and events rather than doing “reports.” It will allow for shorter posts, hopefully, more frequent posts. We’ll see. And if I can’t post them all, it won’t show as much. 😉

First Impressions of the 2022 edition of the Setouchi Triennale

The first noticeable thing is the crowds. Or rather lack thereof. In 2019, the Triennale had become so famous and so popular that the crowds were almost too much to handle at times. I know that there were for most islanders. The goal of the Triennale never was to become a massive tourist event. This is what it was starting to become in 2019.

In a sense, the pandemic may have been “beneficial” (well, we’ll see in the long term) concerning that aspect.
This year, so far, no big crowd anywhere. Of course, foreign tourists are barred from entering the country (and seeing what’s been happening in the West, I’m kinda glad they are, I can’t imagine all those Westerners roaming the islands maskless and uncaring about other people’s well-being like so many are currently doing in their home country). Still, I was afraid that Japanese visitors would flock from all over the country – they remain the largest number of visitors. So far they haven’t. Most visitors seem to be locals, and nobody seems to be in a rush to go visit everywhere in the first days as it used to be (myself including).
The fact that there isn’t that much new art right now must help. A lot of art is scheduled to start in the summer this year (because of pandemic-related delays).

The first real test, as far as crowds are concerned, will be next weekend with the beginning of Golden Week. I will probably avoid the islands then, but I’ll ask for feedback from my islander friends and contacts.

The other big difference is the atmosphere and the mood. It is much more subdued than in the previous years. I didn’t feel the excitement of the first days, neither in my heart nor in anyone else’s. I think everyone is happy that it’s actually happening but most people remain cautious, wondering if it’s a good thing that it’s happening (once again, Golden Week will probably be the key on whether it was a good idea to hold the Triennale almost as usual this year or not).

As I mentioned on my general information and advice page, some special rules have been put into place to “prevent” the spread of the virus. They’re worth what they’re worth, and they’re pretty much the same as everywhere else in Japan: wear a mask, put alcohol on your hands, temperature checks at the entrance. It’s not foolproof, but it helps, I guess.

The number of people is limited in each room, but I can already say that the staff has been more or less efficient at limiting it depending on the location. I’ve also seen visitors waiting in line in front of rooms without being directed by a staff member when the maximum number of people in that room was reached. Little things like this are why I love living in this country.

When arriving on-site (waiting in line for the ferry, at the entrance of some buildings, etc) your temperature will get checked and if you don’t have a fever, you’re given a “magic wristband” that shows you’ve been cleared to go: 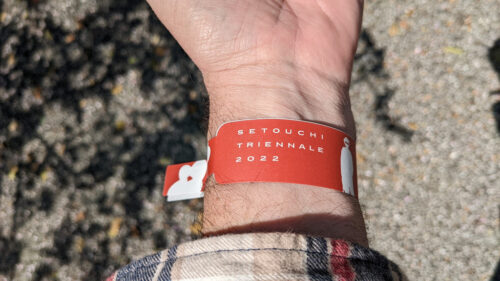 Also, this year, all art passports have a barcode that is being scanned when you enter a building. It allows you to be “traced” in case of infection (either because you’re the infected person or you’ve been in close contact with one).

A few weeks before the Triennale started, nobody was 100% sure it would get greenlit, and things have been a bit messy in the organization here and there. But while on the first weekend, you could see that the staff was still looking for its bearing, I think things have been smoother since.

Behind the curtains, it’s usually a very stressful and busy moment (In previous years, I’ve heard stories of staff members of the executive committee sleeping in their office on the days just before and after the beginning of the Triennale, I’ve seen people with responsibilities being in almost constant panic mode for all of March and April), but while I don’t have many details this year (my involvement with the executive committee is non-existent at the moment, no foreign tourists and all that, so they don’t need me), it seems that this year everyone is “accepting” that things will be messy. They’re just happy it’s happening at all.

Another thing that is somewhat noticeable and that is most likely related to the very unique situation we’re in. The budget seems smaller this year – and a lot of it may have gone to all the new technology now necessary to run all art sites (scanners for paper passports, scanners for digital passports, electronic thermometers, etc.) For example, the signs for older works of art haven’t been remade, which means that they kept their old art number from 2019, which means that there are gaps in the numbering of the artworks (the art from 2019 that is now gone). Not a big deal, but noticeable. 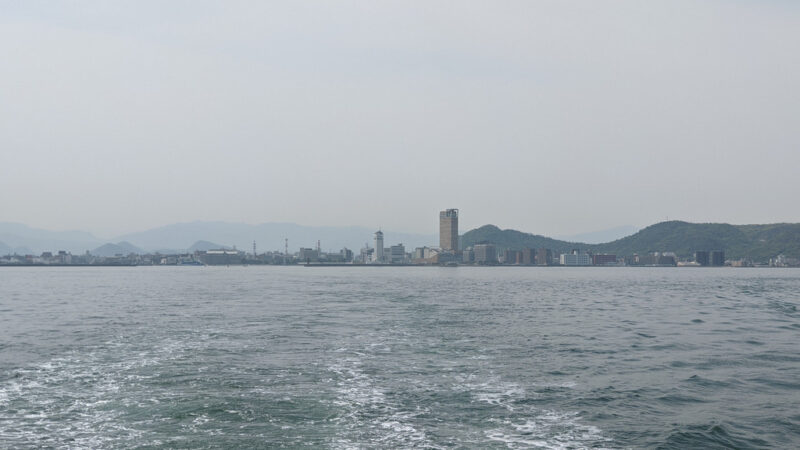 Leaving Takamatsu for some island adventures

On my first day visiting the Triennale, I went to Shamijima for a certain number of reasons. First, it’s only available in the Spring. Also, there was a special event (you already know which one if you’re following me on Twitter or Instagram, otherwise, it’ll come here soon).

There also was an opening ceremony (the Triennale’s opening ceremony was on the first day, but some locations have their own ceremonies). Shamijima’s opening ceremony is usually much less boring than “regular” Japanese ceremonies, with some traditional performances and such. I remember back in 2019, we had some old traditional songs from the Shiwaku islands (that Shamijima is a part of). This year, among other things, there was a traditional kyudo demonstration. First a group of people – who know what they were doing – shot their handmade bamboo arrows, wishing for various things (mostly the end of the pandemic). Then, the officials of the ceremony were invited to do the same, which led to a very WTF moment.

A bunch of old men in suits using a bow and arrow for the first time in their lives and failing miserably. Note that I’m not mocking them, there is a good chance that I wouldn’t have done better than them.

(Second from the left, Keizo Hamada, governor of Kagawa Prefecture, has no idea how a bow works. Fifth from the left, in the grey suit, Fram Kitagawa, the big boss of the Setouchi Triennale, drew his arrow first, but not doing great either. I don’t know who the other men are)

Apart from that, I’ve only been to Shamijima, Ogijima, and Megijima so far. I saw most of the new art there and not much more. As previously mentioned, I won’t rush anywhere this year as there is no need to. I will post here when I can, mostly short posts devoted to one piece of art, one location, or one event. Also, as I’m learning to make videos (I still have a long way to go to make good ones), I’ve already shot a certain number. I figured that as most of you may not be able to attend the Triennale this year, videos are sometimes more immersive than pictures and text. So in spite of their meager quality, they’ll help you “experience” the Triennale from the distance. 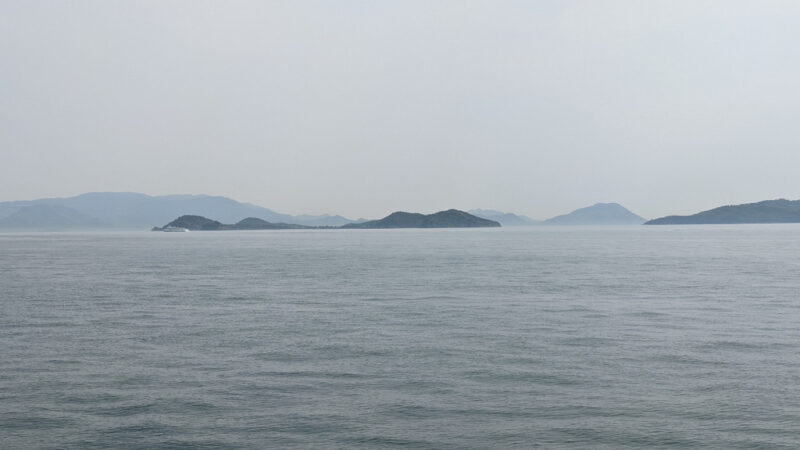 Oshima, all the new art there will debut in the Summer, so I doubt I’ll go this month. 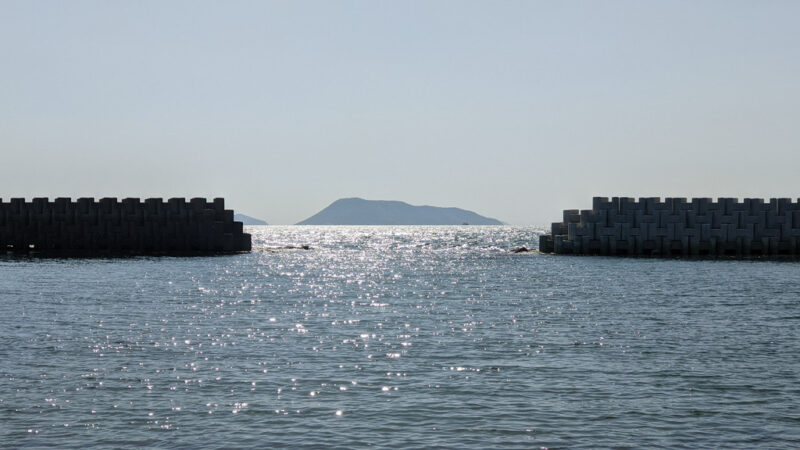 Takamijima, from Shamijima. Takamijima only has art in the Fall, and I really need to tell you about it, I feel that I ignore this island way too much on this site.

OK, I’m going to leave you for now, but get ready for more posts soon.

First a preview of things to come: 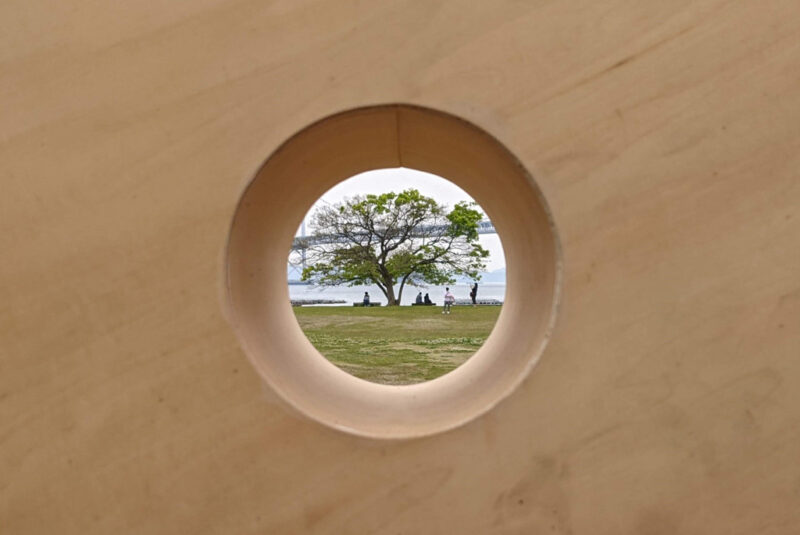 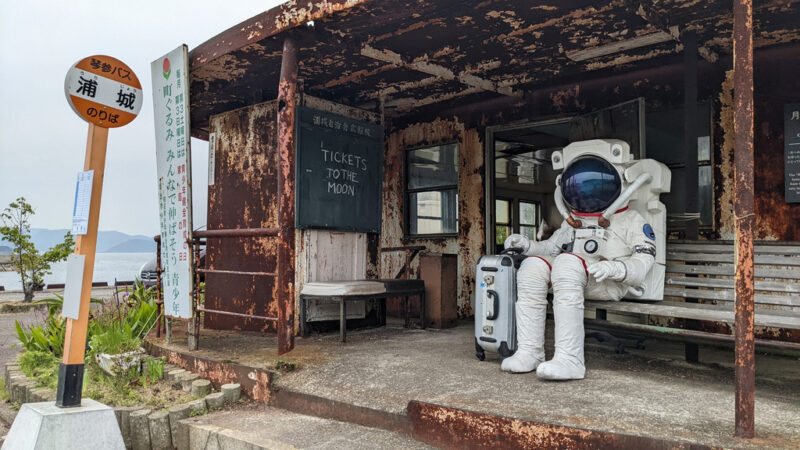 If you liked what you read, you can subscribe to the blog’s RSS, or even better, subscribe to the newsletter. If you want to thank me for my work, there are a few ways you can do this, for starters, just click on the logo below:

2 thoughts on “The Setouchi Triennale 2022 has started”