The first real “big” post of the year is a retrospective, and I really can’t believe I hadn’t posted it already!

Let’s go back in time, a bit more than a year and a half ago, on April 9th, 2016. That day, or rather that evening, one of the best events and one of my favorite moments of the Setouchi Triennale 2016 took place on Shamijima. I’m talking about the performance given by the Snuff Puppets!

If you don’t know them, in very short, they’re a group of performance artists / stage actors / puppeteers and more, from Australia, and they’re know for their outdoor performances, very often involving large scale puppets with very unusual appearances. If you want to know more about them (and I advise you to learn more, especially because they tour all over the world, so they may be coming to a place near you, just like they came to a place near me), may I advise you to visit their website : Snuff Puppets.

Their project for the Setouchi Triennale 2016 was unique and not a part of their usual shows.

It started by a two-week long workshop in Sakaide, where anyone could join, and when a show was designed from scratch. After a series of brainstormings, a certain number of local legends and other folktales were gathered, and they were merged into one original story with components of those tales. Then, the workshops shifted to building the puppets, finding the puppeteers (all local people), and rehearsing the “play” until the day they performed it.

Unfortunately, I couldn’t attend any of the workshops, despite the fact that I really wanted to (as I previously said they were in Sakaide, and during that time, I was busy hopping from island to island – not mentioning starting my new job, once by vacation as over). Luckily, I could attend the show itself, and as I previously mentioned, it was one of the most fun moments of the entire festival.

It’d be useless to try to describe it. So instead, I have a video for you (the longest I have ever done I think, it’s 18 minutes long, but it contains a large chunk of the show, not just bits and pieces) and a few pictures for you.

A big thank you to the Snuff Puppets and everyone involved for this wonderful time. I want to especially thank the people inside the puppets:

There were also some giant sleepers that anyone could use before and after the show, and they were a lot of fun:

Once again, thank you so much for this great moment. I’ll remember that evening fondly for a very long time. And I really hope the Snuff Puppets will get to come back to the Setouchi Triennale, hopefully next year. We’ll see… 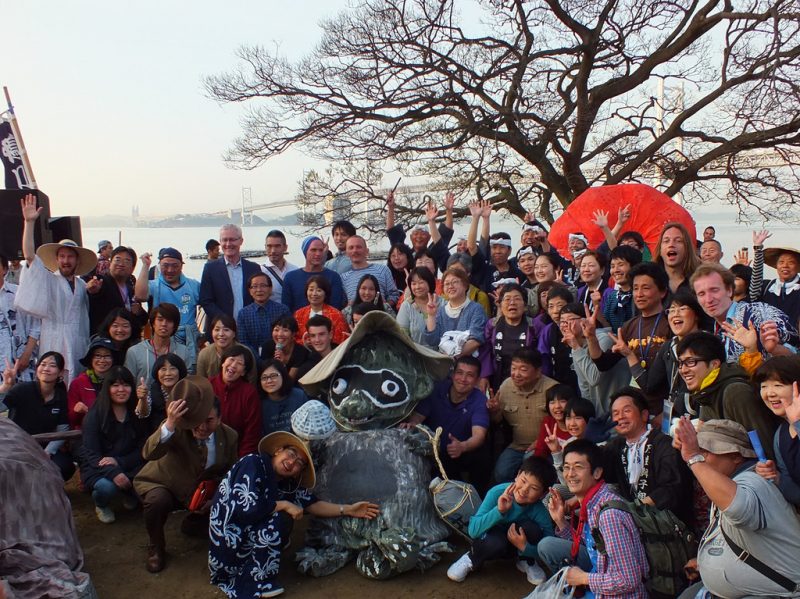 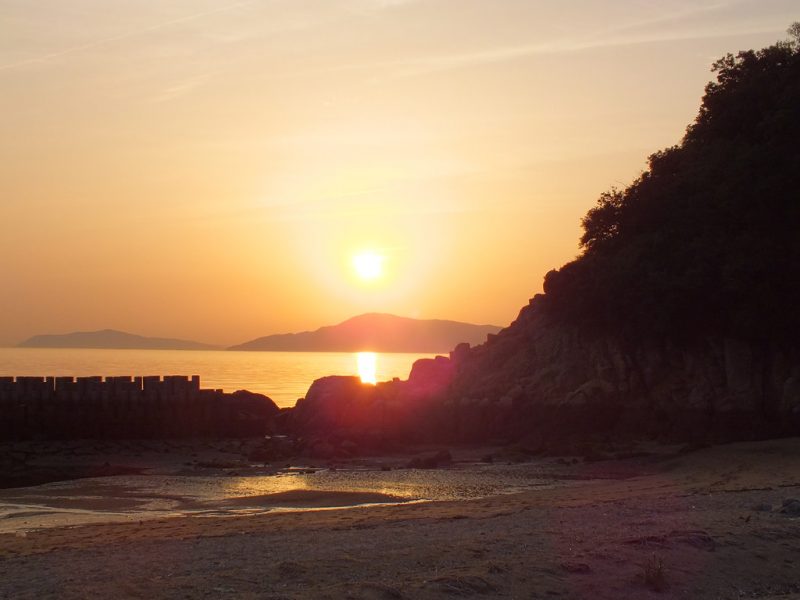