On Shōdoshima, in the small town of Umaki, you can see one of the most impressive and most beautiful artworks of the Setouchi Triennale. And it has a pretty unique “feature” in the fact that it wasn’t made by an artist but by the local population!

The piece doesn’t even really have a name, just Shōdoshima Community Art Project, and it doesn’t have an author apart from the population of Shōdoshima town (which is not really a town but an administrative division grouping all the villages and small towns in the southern and eastern parts of the island). Trying to look for more information, I found one name: Ryō Yamazaki and Studio-L. But searching about him, I found out that he’s not an artist and I stumbled upon this article that is mere days old and that perfectly explains what Mr. Yamazaki and his Studio L do.

So, yes, this artwork was made by the people for the people, which is a great initiative, really (and beyond the art itself, I find the population of Umaki quite involved in the Triennale, which is always a good sign). Also, it totally incorporates the essence of this part of Shōdoshima, namely shōyu (soy sauce), as this side of the island is a major producer of the thing that plays an important part in this part of the island’s culture and economy.

Located in an old building (I ignore its original function but it is related to soy sauce production) this artwork is actually quite imposing and ambitious and the result is stunning: 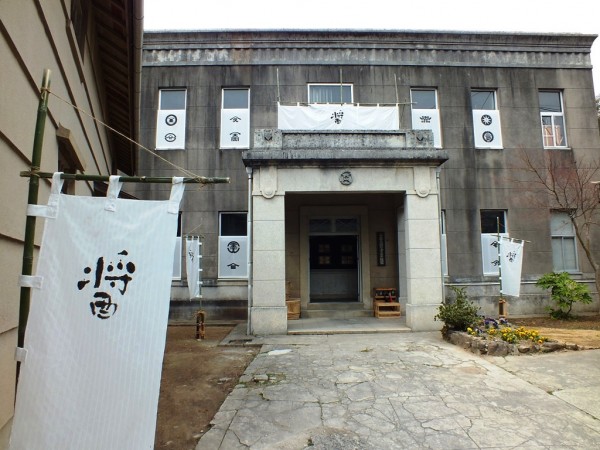 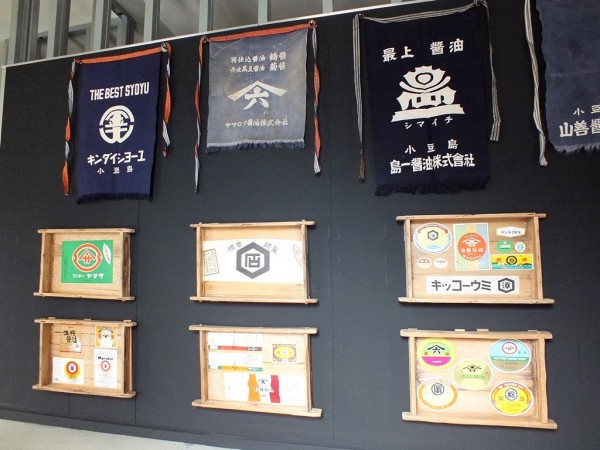 Stickers from various shōyu producers in the area, on display when you enter the building. 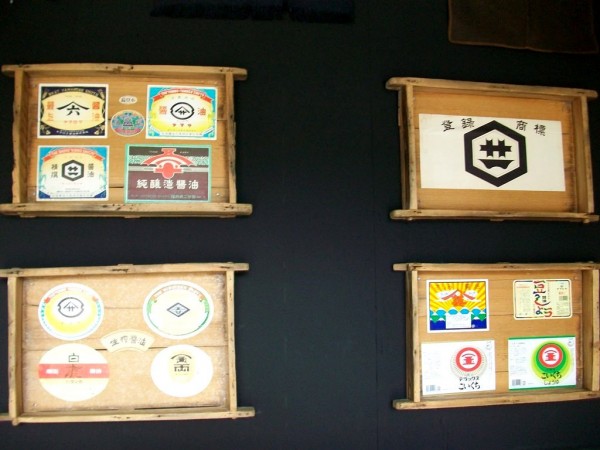 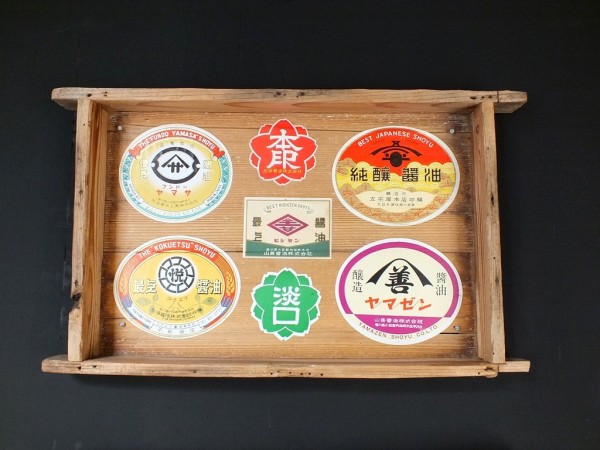 When you enter the main room, this is what you see: 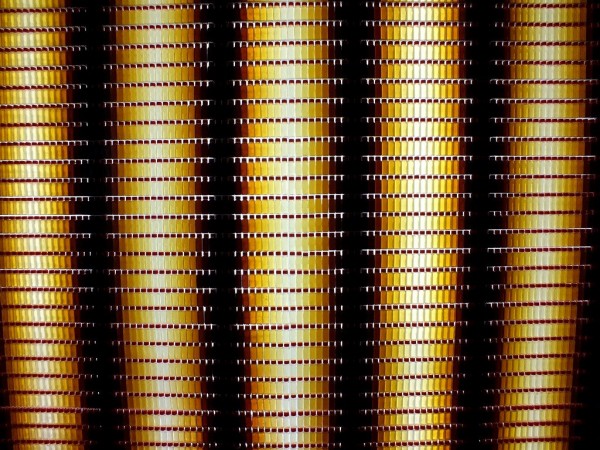 A large and wide wall covered with tens of thousands tiny containers of various colors.

It’s when you get closer that you understand what this is about: 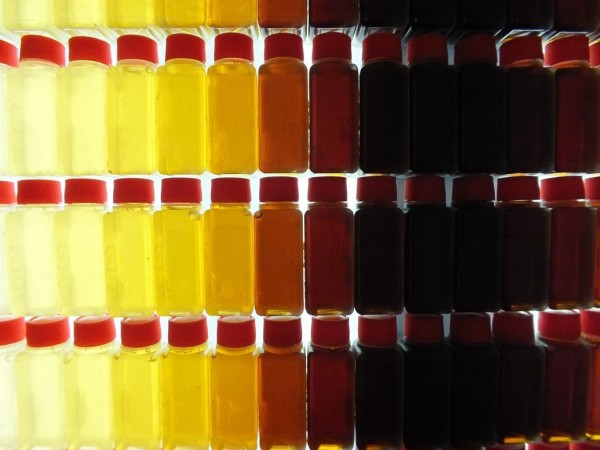 Every container is filled with soy sauce that is more or less diluted with water to give the different shades. 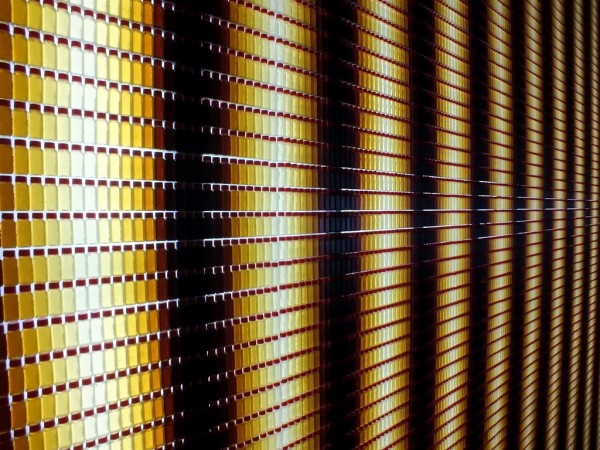 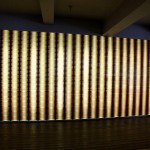 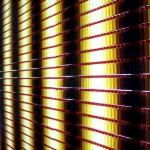 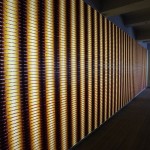 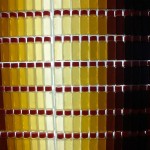 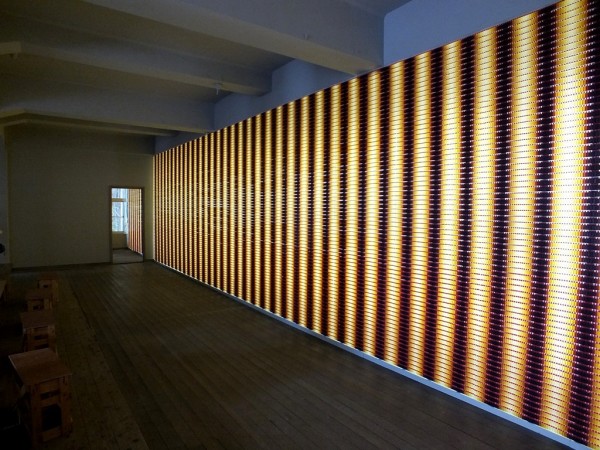 Once again and as often with this type of artworks, the pictures don’t really do it justice, mostly because of the scale.

The visit ends with a small room full of shōyu bottles: 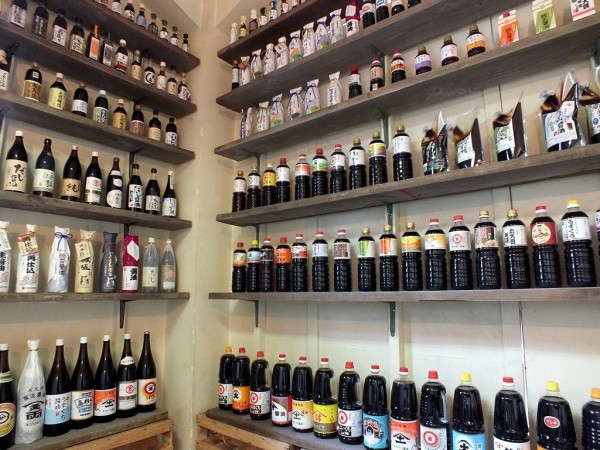 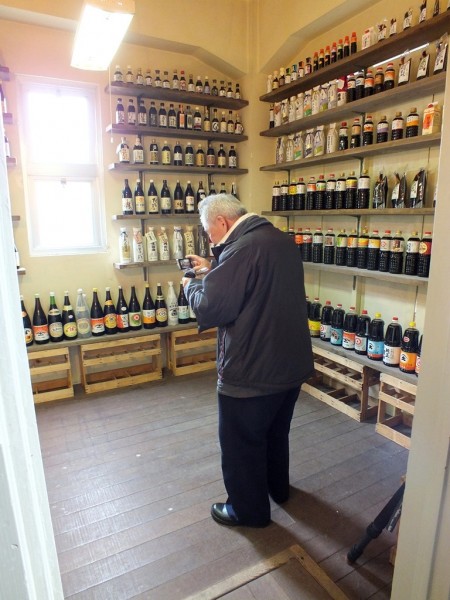 This old man wouldn’t stop taking pictures of the bottles, so getting tired of waiting for him to be done, I gave up on wanting to take the picture he was preventing me to take and I made him the subject of my next picture instead. 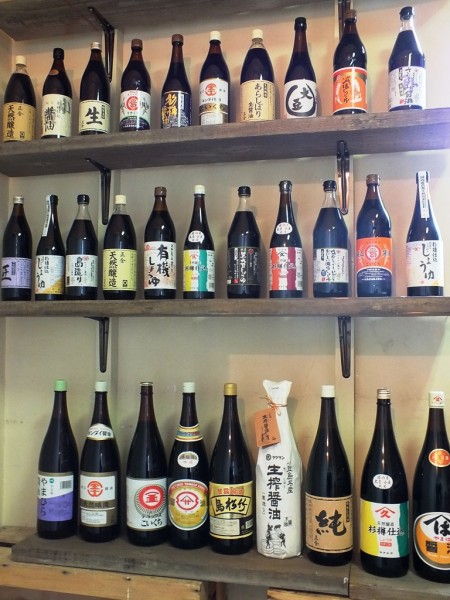 The Shōdoshima Community Art Project is in my opinion one of the Setouchi Triennale 2013 artworks that must not be missed. It is open every day from 9.30am to 5.00pm and access is free. I hope it will be a permanent feature of Art Setouchi, although at the moment I have no idea if it will.