So, in my first post I mentioned that if I was starting an English version of this blog now it was because I was heading back soon to Japan for the Setouchi International Art Festival. Here are a few details about the trip.

See, Shikoku has a major problem! Shikoku is one of the most beautiful and most interesting places in Japan, but despite that fact, tourists seem to completely ignore it. I mean, Japanese tourists know a little about it and happen to go visit the island once in a while, but foreign tourists, and especially French tourists seem to be completely unaware of its existence. Despite the fact that French tourists go more and more to Japan every year, most of them seem to think that Japan is limited to Tokyo and Kyōto, the few ones who don’t still seem convinced that Japan has three main islands and not four (not mentioning the hundreds of tiny islands).

One person decided to help changing that. Her name is Mie Ozaki and she started a non profit organization called Shikoku Muchujin which aims at promoting Shikoku to Westerners, and especially to French people. Among the various things she does in order to do so, Ms. Ozaki had the great idea of inviting five bloggers to come to Shikoku, free of charge, and in return they would detail their trip and their experience on their blogs and websites to promote the island. The experiment worked perfectly last year, so it is being renewed this year and as you may have already guessed I’m one of the five people selected to go to Shikoku next week! 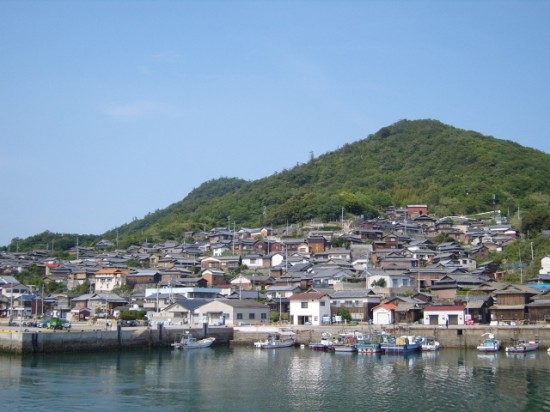 So, I’ll be in Japan, more precisely in the Kagawa Prefecture from Oct. 11-27 thanks to Shikoku Muchujin and Ms. Ozaki whom I’ll never thank enough for allowing me to go back sooner than expected to this region which is one of my favorites in the world.
While last year, the five people that were invited got a “general sample” of what Kagawa Prefecture and the northern part of Shikoku had to offer, this year, there isn’t one trip but two, and they have themes.
Three people will do parts of the Shikoku Pilgrimage, the very famous pilgrimage of 88 Buddhist Temples on the island. They won’t see the 88 temples, but about thirty if I’m not wrong. These three people are:

And two people will go visit, explore and cover the Setouchi International Art Festival. They are:

We will explore and visit the seven islands linked to the Festival, we’ll see and experience the different works of arts that are present there, hopefully meet some locals and some artists, and who knows what else.

Now a few more words about the Festival itself.

It draws its origin from a simple fact. Most islands from the Seto Inland Sea, despite the fact that they are some of the jewels of Japan are slowly decaying since the advent of motor engines on boats. Back in the days, the islands were more developed than the coasts, there was a real economy, mostly based on fishing, but also on the fact that boats used to stop on those islands while traveling through the sea, to get food, water, or simply some sleep. When boats became propelled by oil, they simply ceased stopping to these islands as they became bigger, faster and the main thing they needed to restock was oil and it was found in towns on the coast (which grew more and more) not on the islands.

Little by little those islands saw their economy vanish, then their populations and nowadays those are entire areas rich of local cultures and history that slowly die as their aging population does.

But not all islands are affected the same way.

For some reason, a little more than 20 years ago, the Benesse Corporation decided to create a contemporary art museum on an island located near Okayama and called Naoshima. That museum was designed by no less than Tadao Andō. The project was a great success, the museum and the island became a important place for contemporary art in Japan, but also all over the world. Tourists came in numbers and soon the island was flourishing again.

Inspired by a similar initiative in the northern part of the country, some people decided to have no less than an International Art Festival in the region, using Naoshima renown as some sort of magnet for both artists and tourists. The idea is to have the works of art to be as linked as possible to the history and culture of the islands where they’ll be shown, to involve the local population in the whole event, and to use it to renovate some of the islands. The short term goal simply being to have as many people as possible coming to visit the Festival. The medium and long term goals are that through the festival, people will discover the islands where it’s located, hopefully fall in love with them, and then come back later as well as promote them through word of mouth. That’s for the visitors. But concerning the artists, it is hoped that their experiences on the islands will push them to both promote the region, and why not come back and stay there, some islands hosting “artist houses.” And if all goes well, the Festival may be renewed every two or three years to become a regular fixture in the region (after all the Venice Biennale started as a much smaller thing than this Festival).

Today, it’s of course way too early to talk about what could happen in the future, but apparently the Festival is already a success in terms of visitors and that’s a positive first sign.

And from mid-October, I’ll be covering my visits and experiences related to it (don’t expect much activity on the blog before that, my internet access will be sporadic as I’ll be traveling a little).

I plan on visiting all of the islands involved in the Festival, and here are their names (with some interesting links when I can find some).

I really hope you’ll follow me on that trip (through this blog, unless you’re there and want to join) and that you’ll enjoy the blog.
See you soon.

previousIntroducing Ogijima in English
nextThe Shape of Things to Come