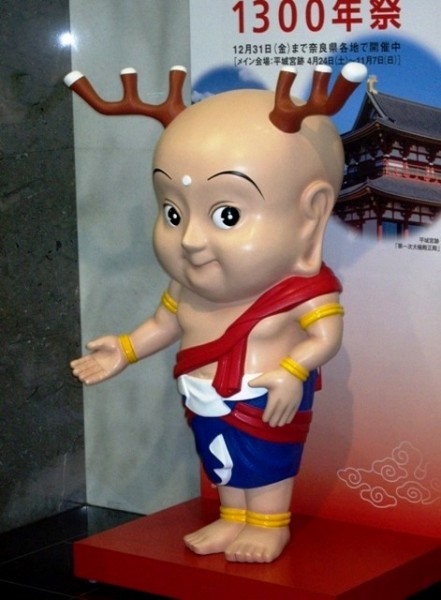 Maybe you know Sento-kun, maybe you don’t. He is Nara‘s official mascot and has been since 2010 as part of the celebrations for the city’s 1,300 anniversary.

This mascot is a bit controversial. Usually, Japanese mascots are all about cuteness, and that’s the thing; many people find this poor Sento-kun not cute at all, and quite ugly in fact with those antlers on his head and his “deer in the headlight” eyes. Also, some Buddhists are not a big fan of the fact that he looks like a “ridiculous Buddha”.

In other words, in a country where consensus matters more than many other things, this mascot is far from provoking unanimous reactions. Because of that, it can be a little bit of an outcast in the city mascot club.

And what about me? What do I think about him?

I gotta admit that in the beginning I used to find him ugly, extremely ridiculous and silly (or rather more ridiculous and sillier than the other mascots). But nowadays, I have to admit that I have somewhat grown fond of him. I guess it’s my “protector of the oppressed” side. That and probably the fact that he somewhat reminds me of one of my very young students whom I really like.