Today, we’re dealing with a second work of art from the Setouchi International Art Festival and, by the way, be ready for those to invade this blog in the coming weeks.

This piece is called PROM – Prosthetic Restoration of Our Memory (ピー・アール・オー・エム) and it is also signed by Noboru Tsubaki (椿 昇) who had already directed the other piece of art from the Festival that I had already mentioned, Project Sea-Light in Takamatsu.

Here, this is an entire building that Tsubaki turns into art. 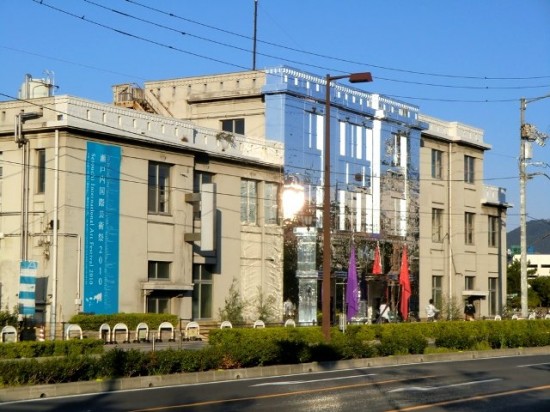 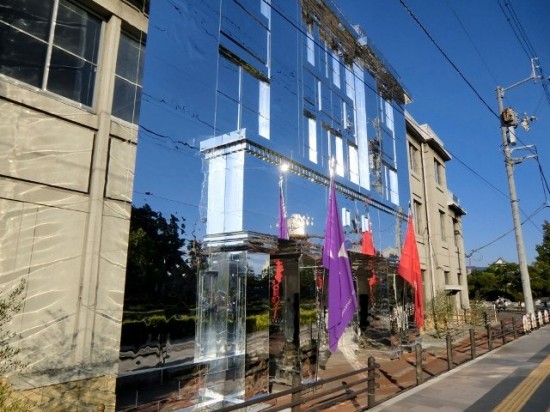 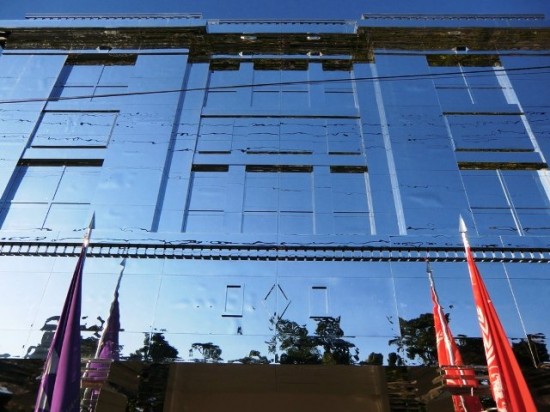 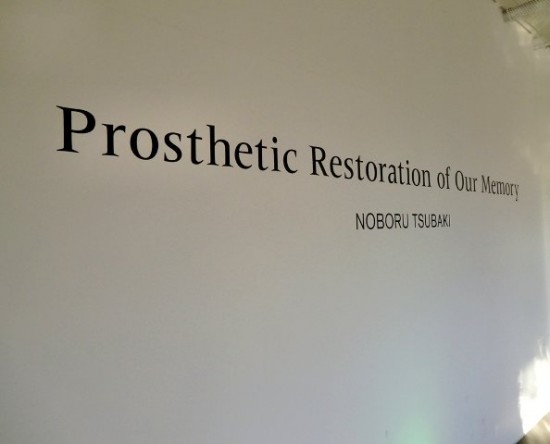 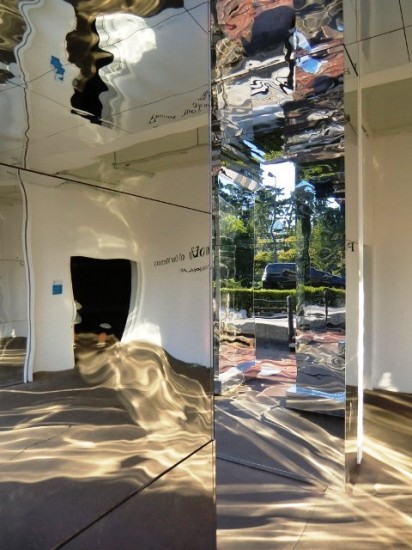 Upon entering the building, one discovers a big room, the former main hall, that has been entirely painted white, including elements from the time the place was actually being used on a daily basis (boat schedules and such). 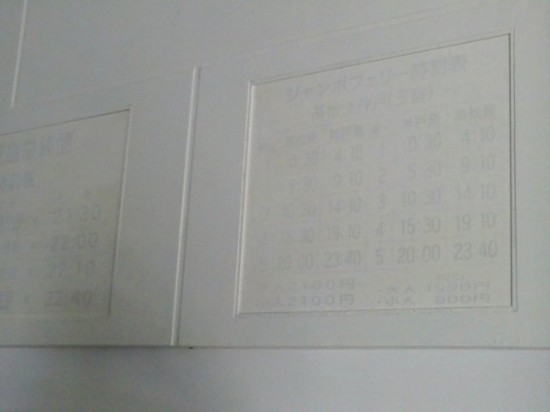 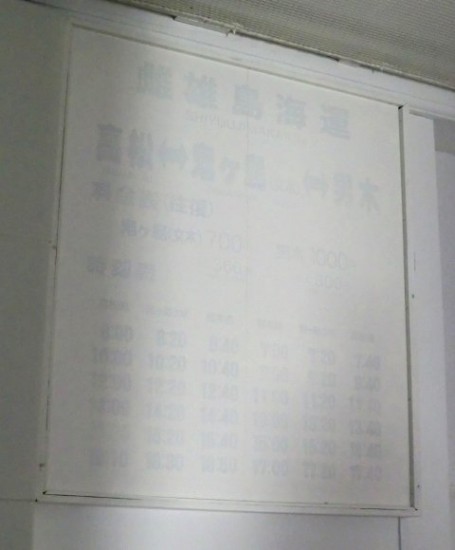 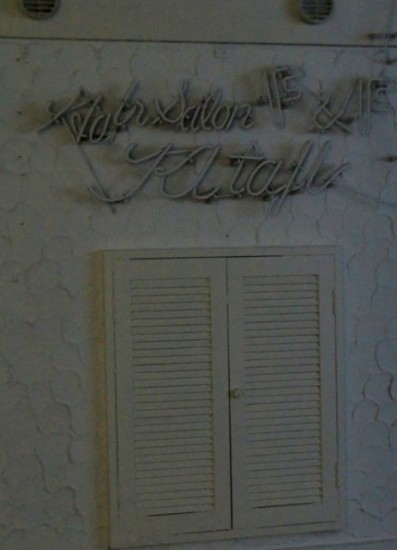 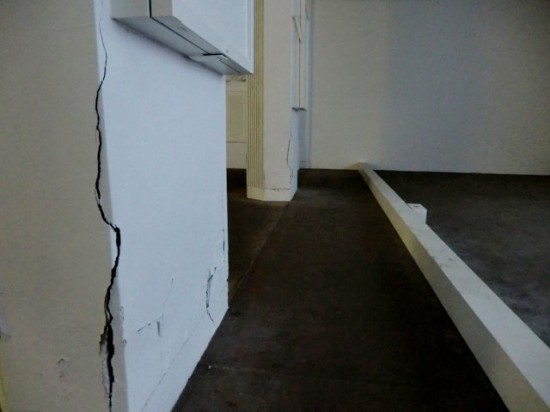 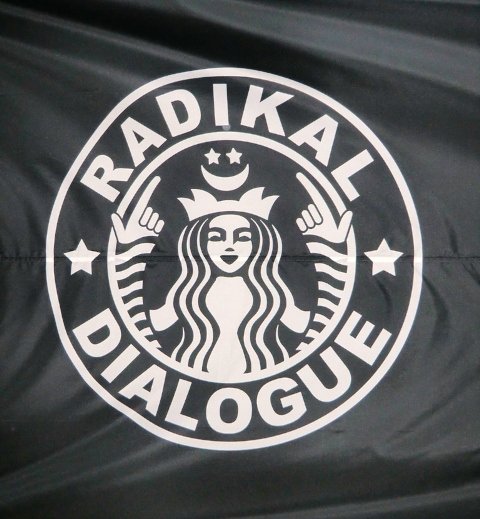 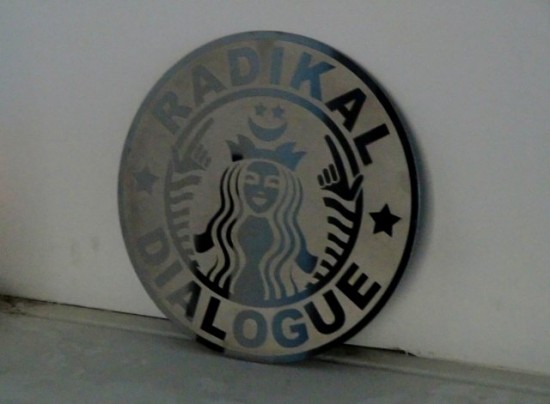 On the official guide and website, a café is mentioned inside the building. I didn’t find anything related to one except for those two mysterious (or not so much) symbols. (does anybody know what happened with the café thing? did they dismantle it before I visited? or was it never set up?)

In the back of the room was a very wide screen showing more or less abstract CGI images that were changing depending on many factors including visitors’s movements (there were motion sensors of course), humidity and CO2 rates (it was even possible to toy with it by blowing on the sensor for example). 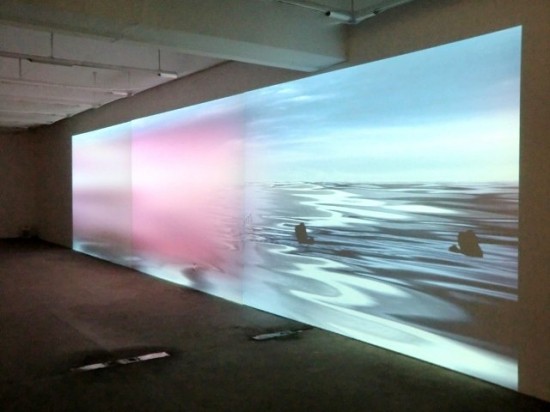 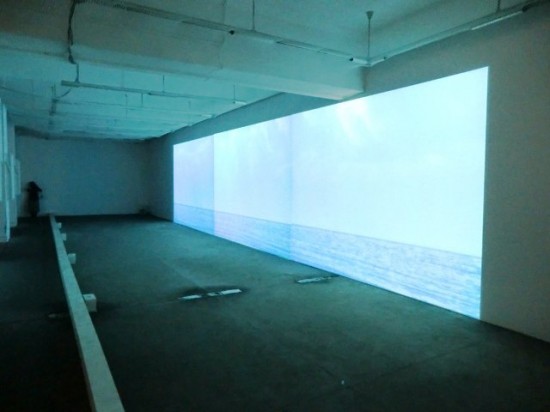 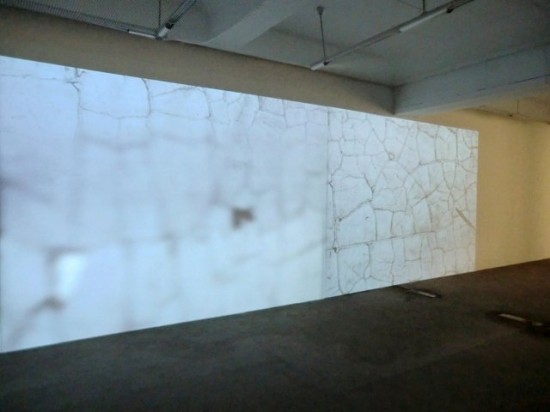 All of those elements combined gave a quite ghostly atmosphere to the building, and I assume that was what the artist gunned for as the accompanying text talked about waking the memory of the people that used to walk through the building, use it on a regular basis as they were entering or leaving Takamatsu by boat and to remind us that this now abandoned place use to be very busy and active.

And this is not all there is to the work; when night falls, other facets are revealed. First, the small light in the entrance progressively changes colors in a way that one won’t realize it unless standing in front of the building for a short while. Moreover some flickering and faded lights go on and off in various rooms in the second and third floors, showing just glimpses of what’s in those rooms (abandoned desks, chairs and other office furniture) and giving the strange impression that somebody is searching the rooms with a torchlight, unless they are ghosts… 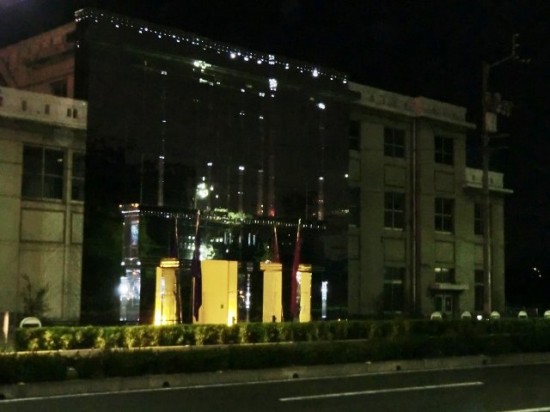 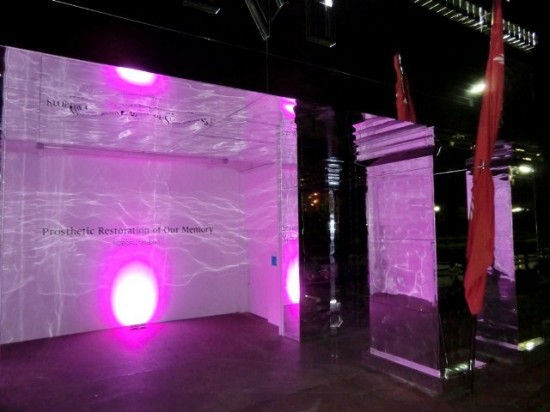 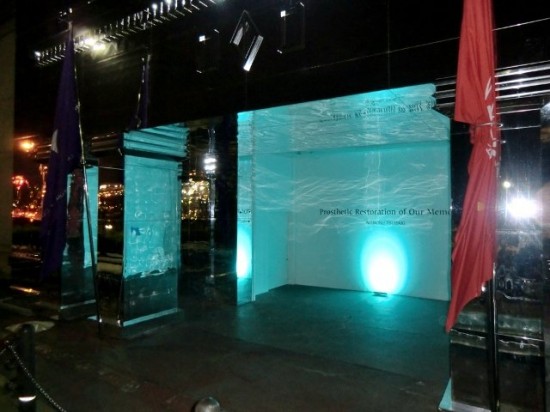 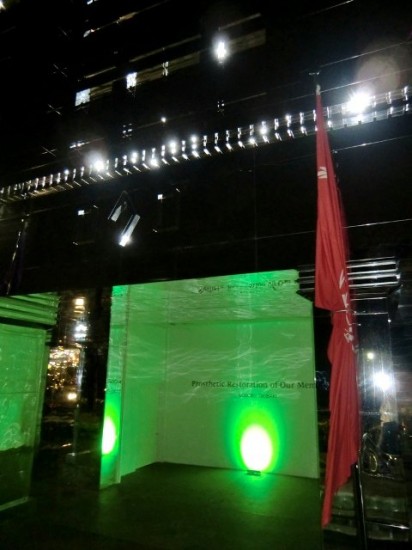 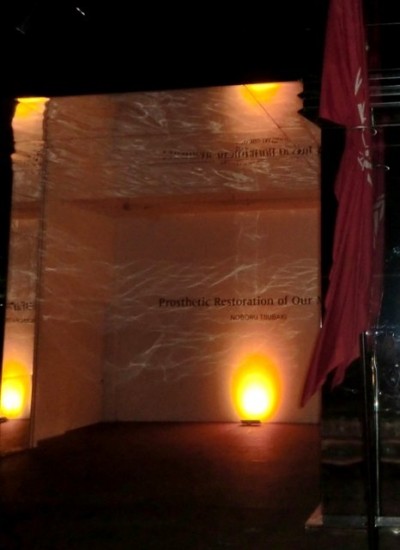 All in all, this piece of art is of the type that the interest resides not necessarily in the finished product itself but in the sensations and feelings it gives to the person experiencing it. As such, it was a quite interesting experience. 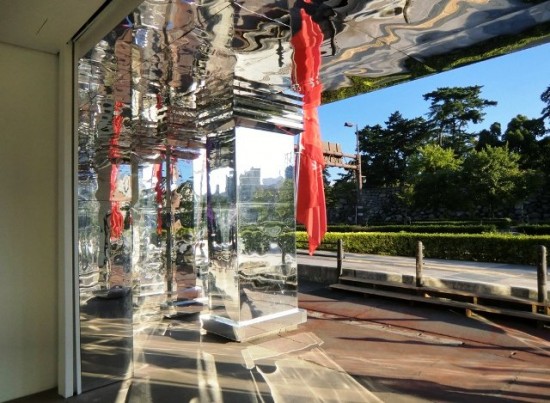