There is one thing not to be missed when you’re in the area (Kagawa, Okayama, Kansai, more?), it’s the aki matsuri (the Fall traditional festivals), especially the ones on Shodoshima.

For 10 days (October 11-21), eight matsuri take place in various locations on Shodoshima (as well as Teshima, which is – administratively speaking – part of Shodoshima). During this period, there is a very unique and exciting atmosphere on the island(s).

On October 15, the matsuri to go to is the Uchinomi matsuri that is taking place in the villages of Umaki and Yasuda (Uchinomi) in the South-eastern part of the island.

Today, I’m going to tell you about a specific tradition that is part of the matsuri (I assume it exists in other parts of Japan too) and that kinda has become its “trademark”. It’s the Nobori-sashi, a pretty impressive show of strength and balance. By the way, strength is a constant theme with the Shodoshima matsuri as they’re all related to the various Hachiman shrines of the island(s). Hachiman who happens to be the god of strength among other things.

Before going any further, let me explain what a nobori is. It’s simply a Japanese banner, you know the rectangular and vertical kind. They come in many sizes and styles, and the most common ones nowadays are the ones that are one or two meters high and that you find on parking lots advertising the nearby businesses. However, traditional nobori can be much taller, up to a dozen meters, possibly more, with a bamboo shaft. If I’m not wrong, they used to be used during wars so that fighters could see where their factions were located on the battlefield.

Obviously, the nobori we’re going to deal with today are the traditional kind. The nobori-sashi consists in carrying and balancing those very tall nobori for as long as possible without dropping them. Usually, a group of about ten men will team up and take turns to carry the nobori, sometimes in pretty spectacular ways.

Here are a few pictures and a short video of the nobori-sashi of Uchinomi Matsuri. As often, they give a pale representation of the real thing, you can only get a real grasp of the thing (the atmosphere, the energy) if you’re a few meters from it.

So, if you have the chance to go to Shodoshima in 10 days, do not miss it. In the meantime: 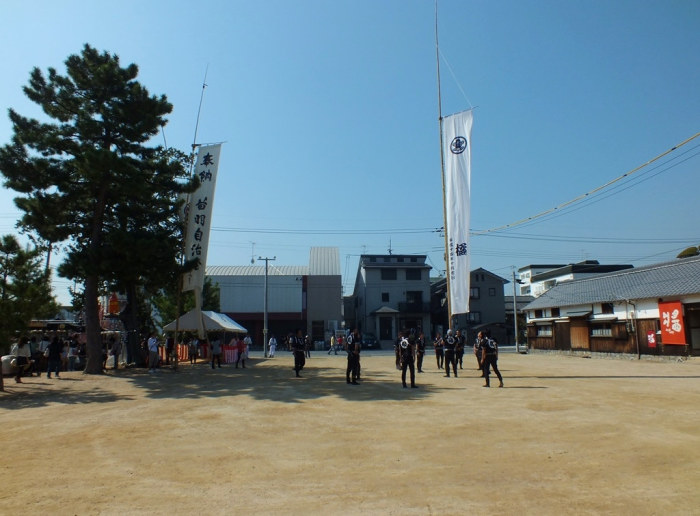 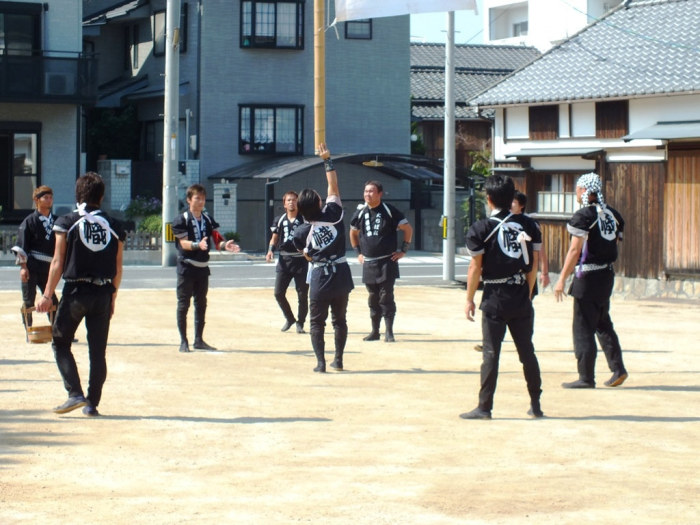 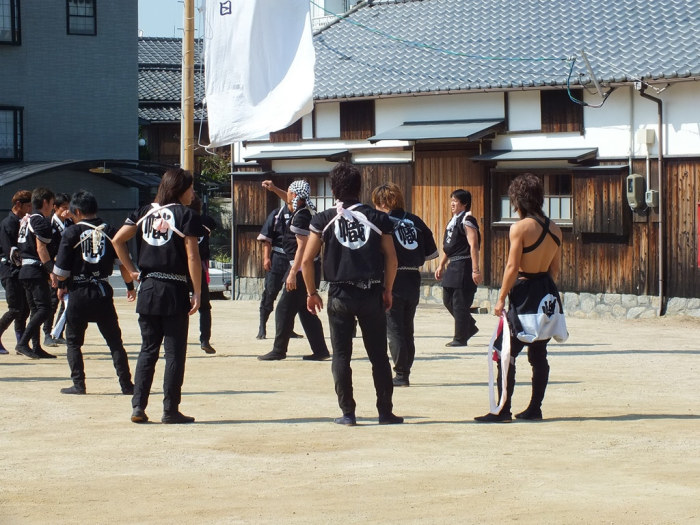 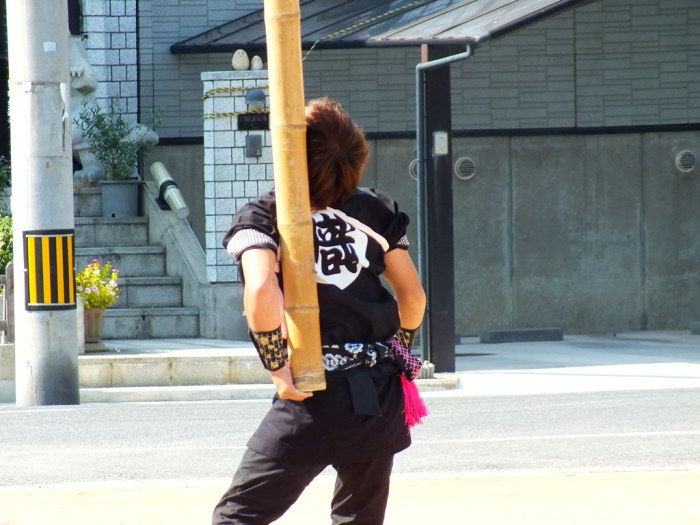 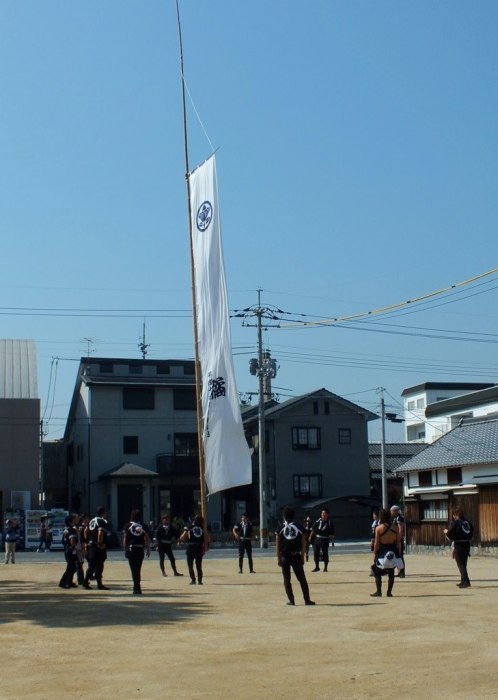 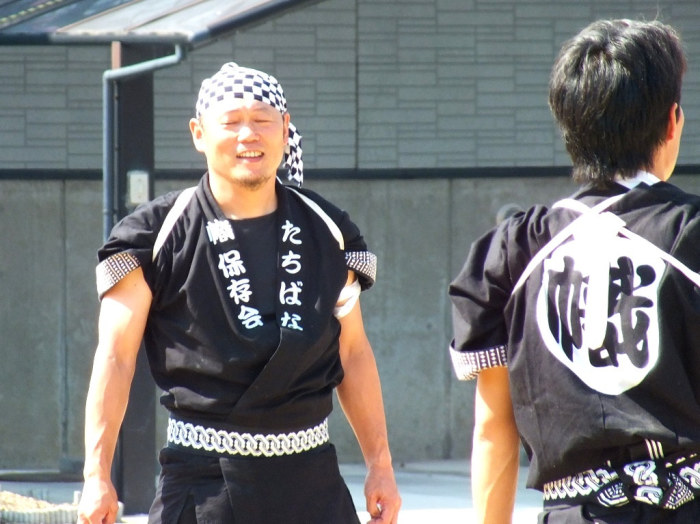 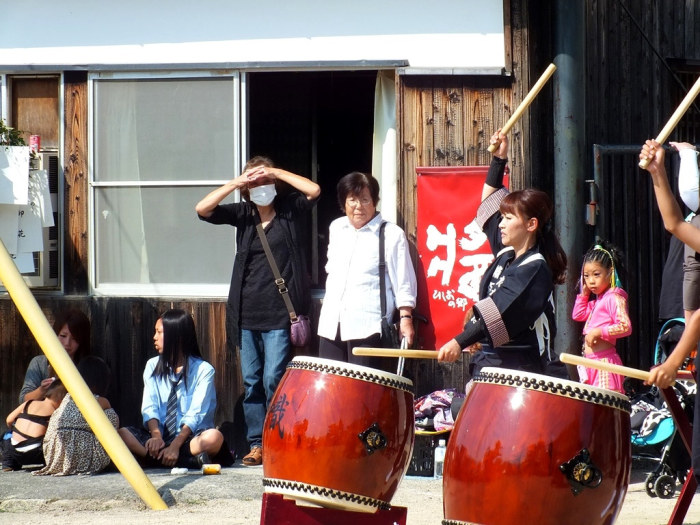 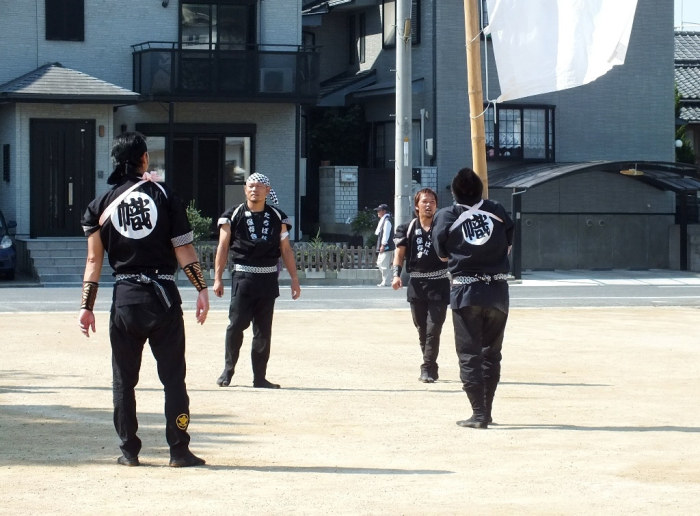 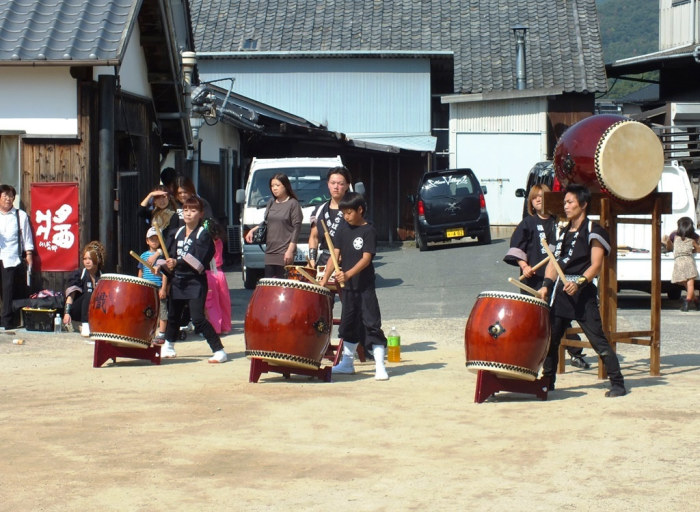 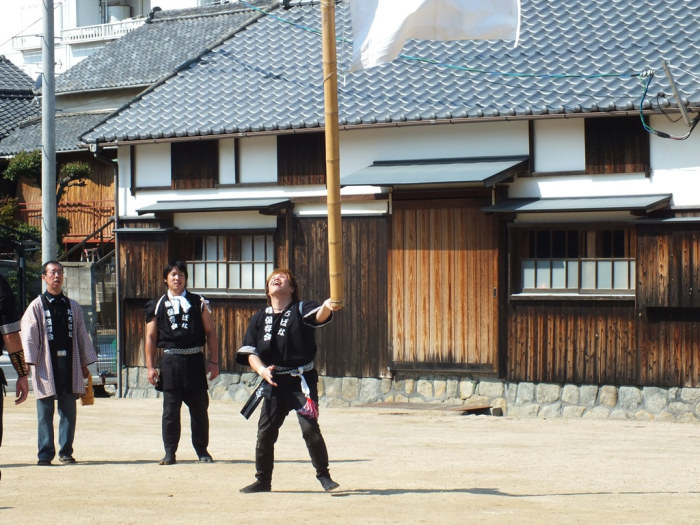 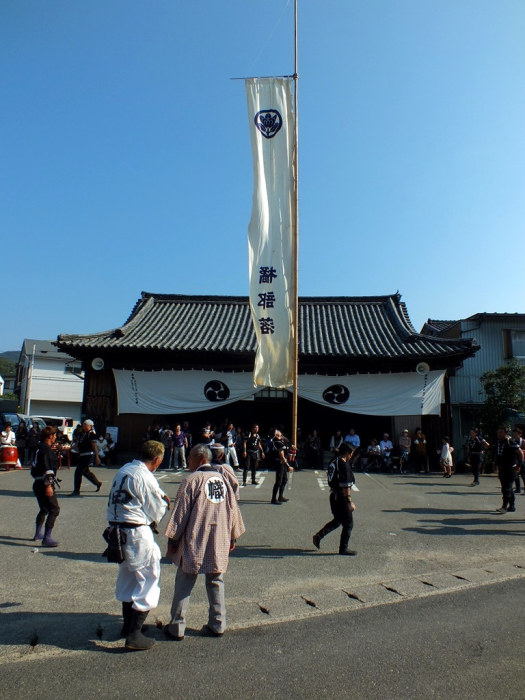 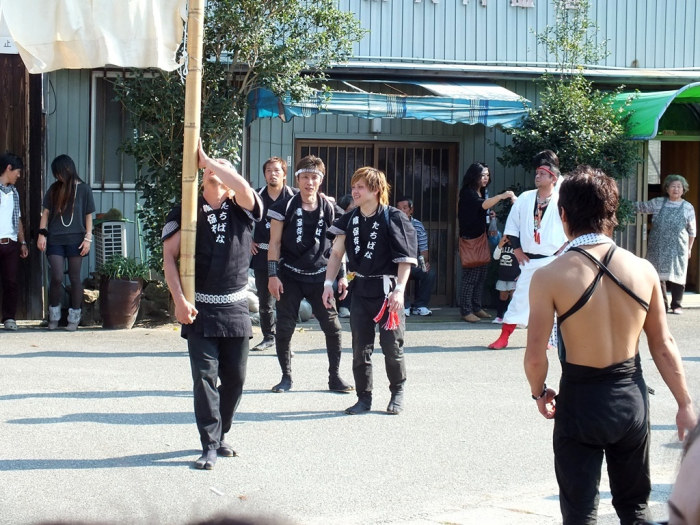 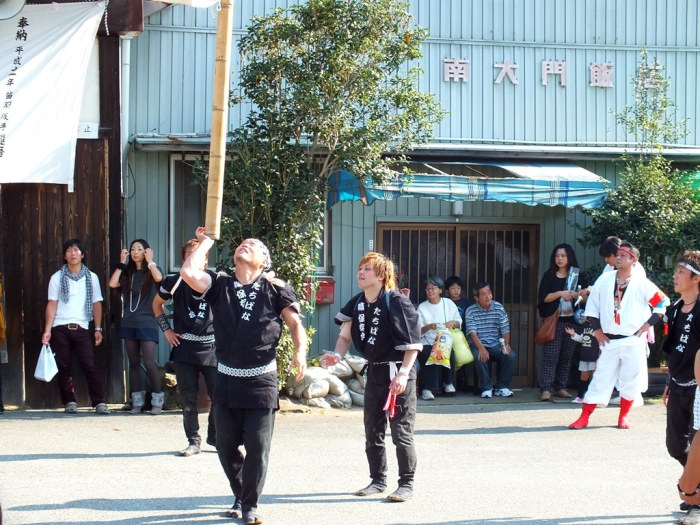 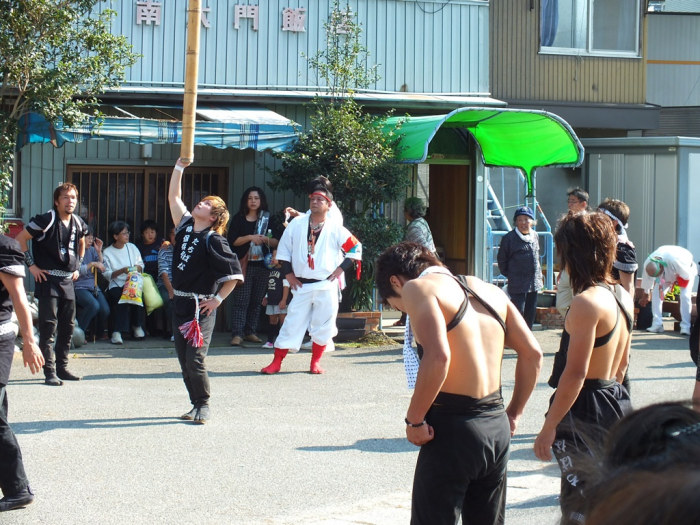