My first New Year’s Day in Japan started quite peculiarly as we were awaken at 8am by the mailman!

However, I won’t complain too much about it as he came to deliver some belated Christmas presents from France.

In the afternoon, we went to Konpirasan (a.k.a. Kotohiragū). It is a place that I love, but I have to admit that I was a little apprehensive to go there on New Year’s Day. I’m not a big fan of crowds and a crowd there was.

Just check the pictures out. And if you don’t remember what Konpirasan usually look like, you can compare there. 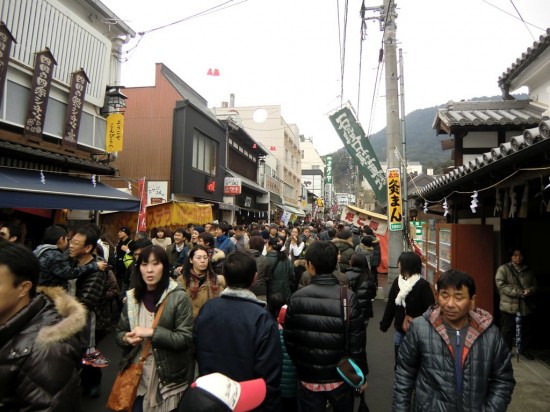 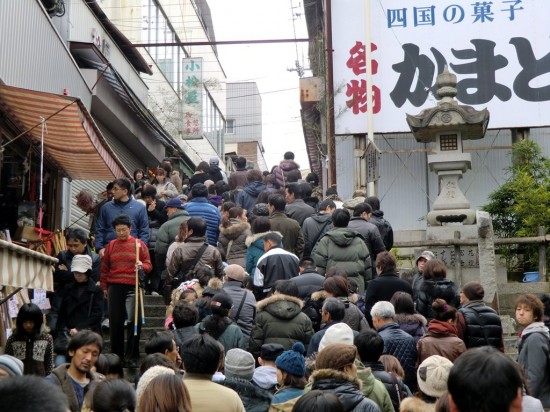 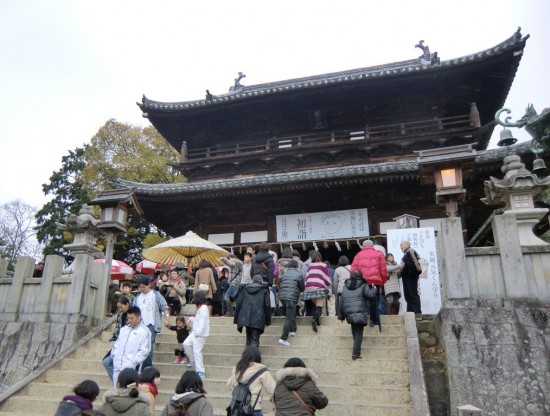 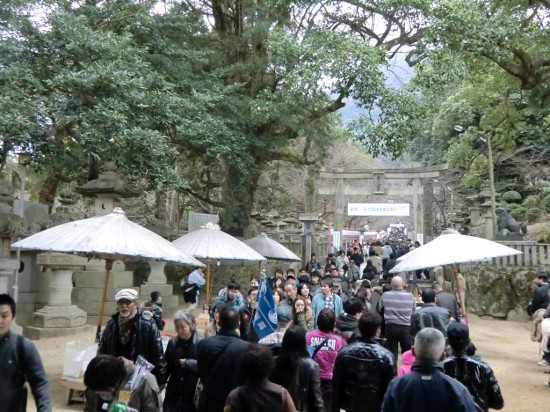 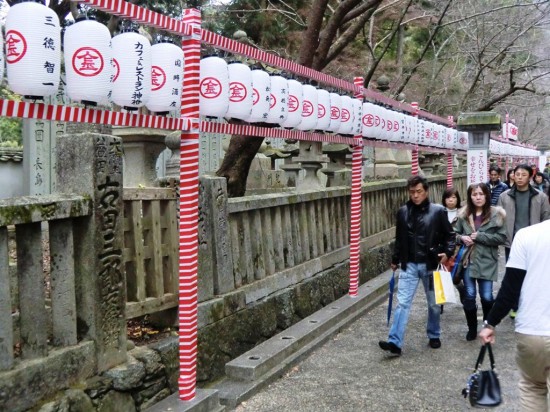 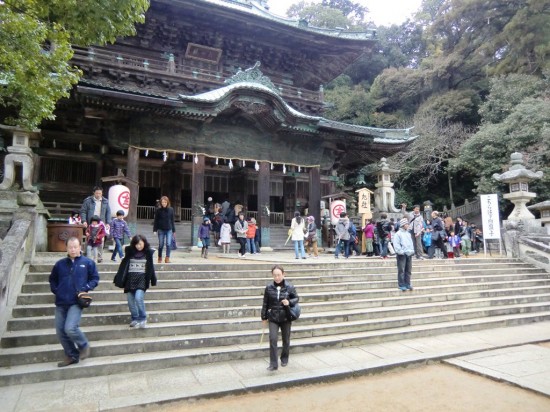 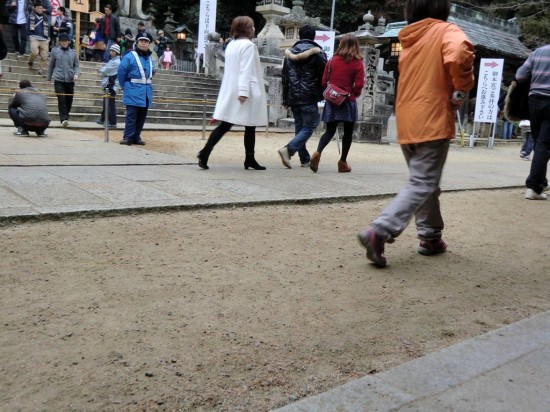 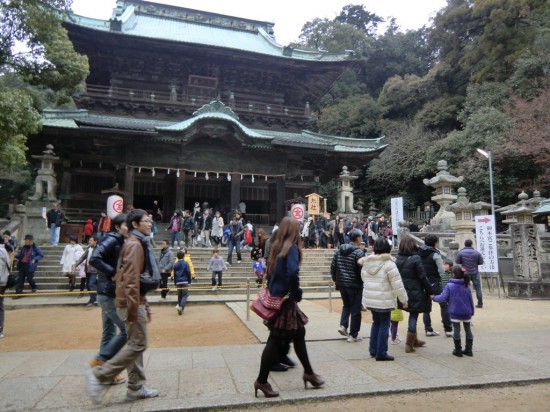 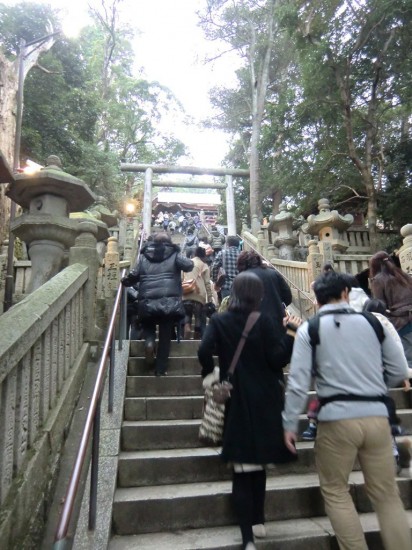 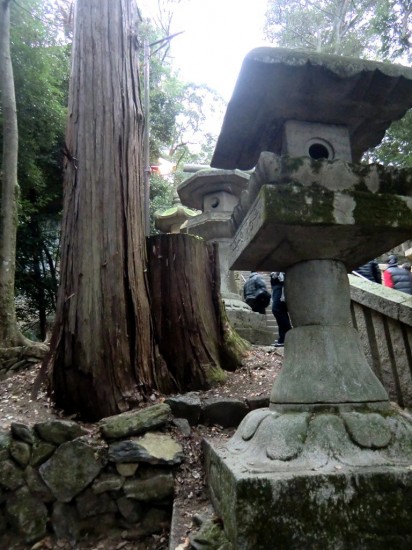 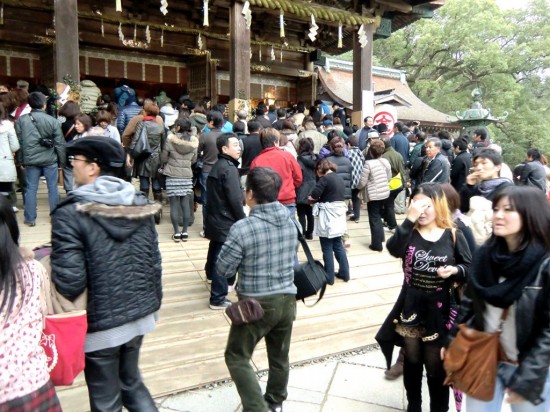 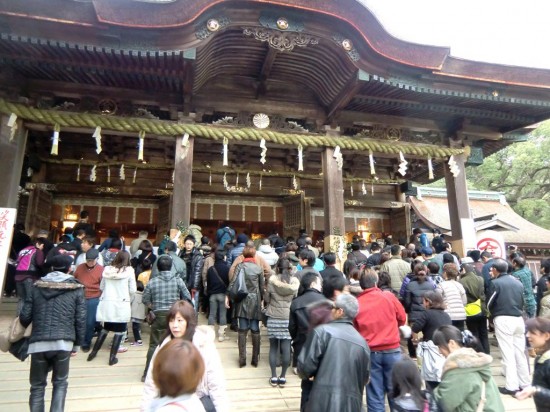 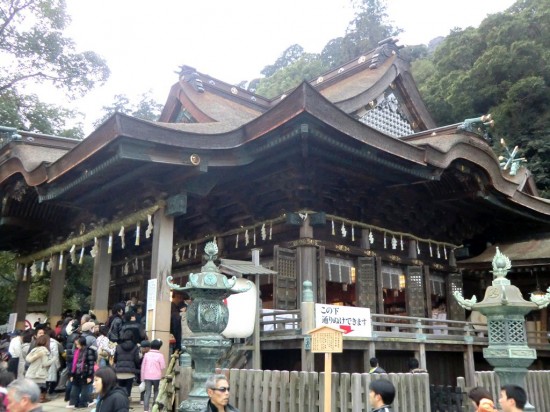 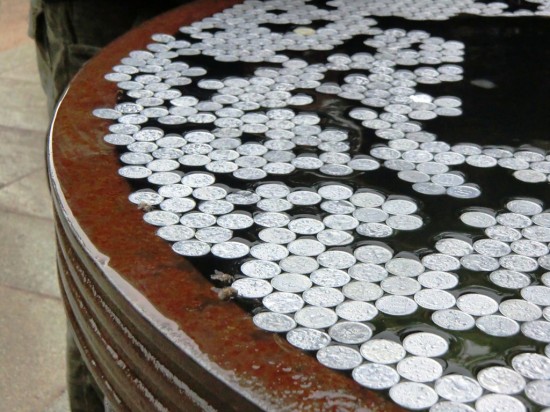 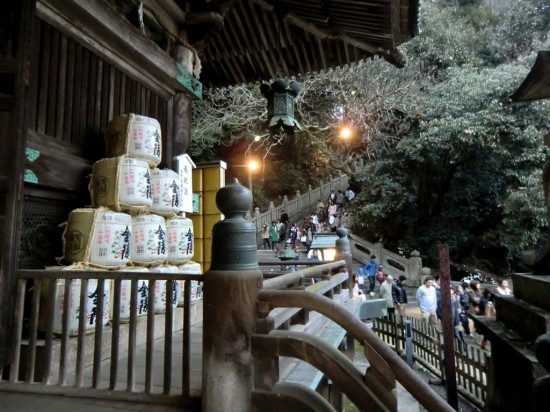 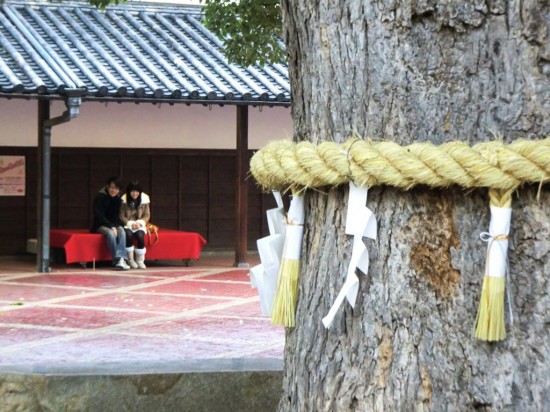 Ok, I admit, it was not that bad and Japanese crowds are a little less stressful than Westerner crowds. However, the whole time I was there, I didn’t really feel like I was in Konpirasan. The atmosphere and the look of the place were completely different from what I knew. Actually, I have the feeling that I spent my afternoon watching people walking (which is more or less what I did). And later in the day, when it started to rain, my main focus and concern was to not have my eye gouged by somebody’s umbrella as, when people see me, instead of leaving their umbrella where it was (which is usually below my eyes) they raise it for some reason (that reason being that they don’t know how to act when close to someone much taller than them I guess), and by raising it, this is when they become dangerous when they didn’t bother me at first.

In other words, I can’t see to see Konpira again in much better conditions (most likely in the Spring).

One thought on “New Year’s Day at Konpirasan”