Kawaramachi is the heart of downtown Takamatsu, with its big building that used to house Tenmaya (and I’m sure it won’t stay unoccupied for long) as well as the main train station of the Kotoden, the only one where the three lines of the local train connect.

When you’re near the big building, you just need to walk for a few dozens of meters in the neighboring small streets to discover a fascinating Japan, the one of from the postwar period, commonly called the Showa era. I find it to be one of the most charming side of Japan, even though not many people seem to care about it (Japanese people find that old and ugly, foreigners simply ignore it, they prefer their “modernity and tradition” – gosh, I hate that cliché). Showa era Japan is lost somewhere in between. Not new enough to be modern, not old enough to be traditional. Still, for me, it feels like this is where the soul of Japan hides. 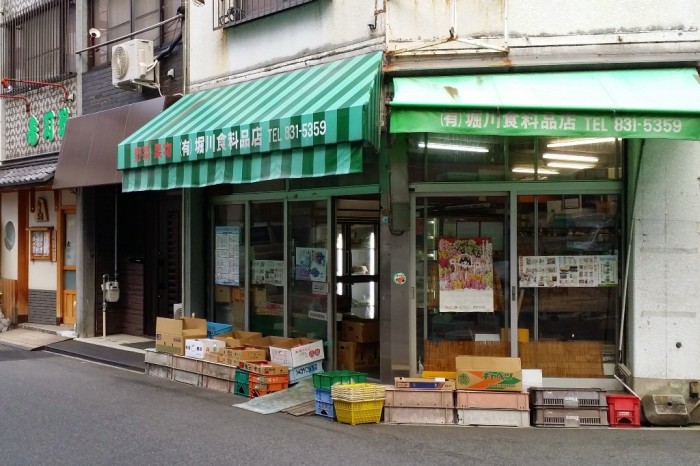 A neighborhood grocery shop. They still can be found in neighborhoods like these that have been completely taken over by Konbinis yet. 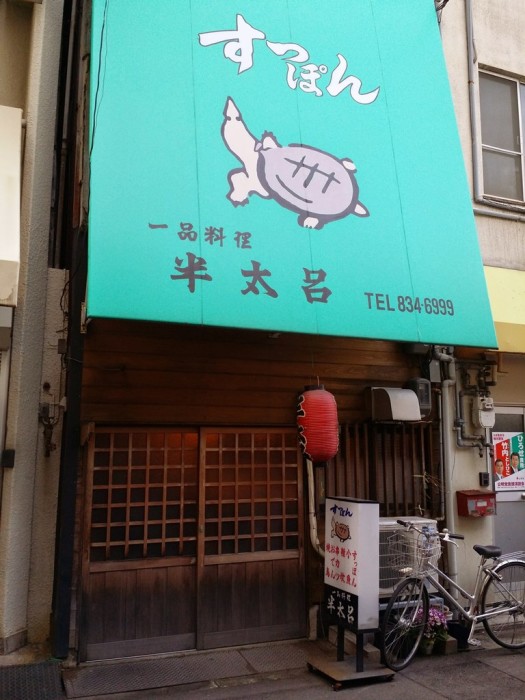 A restaurant where you can eat… turtle!!! The soft shell kind. To my knowledge, it’s pretty common to find those in China, but in Japan they remain a rarity. It’s the only one I know of in Takamatsu and so far, I know only one person who’s ever been in such a restaurant (a friend in Hiroshima). I guess I need to try one of these days… I guess… 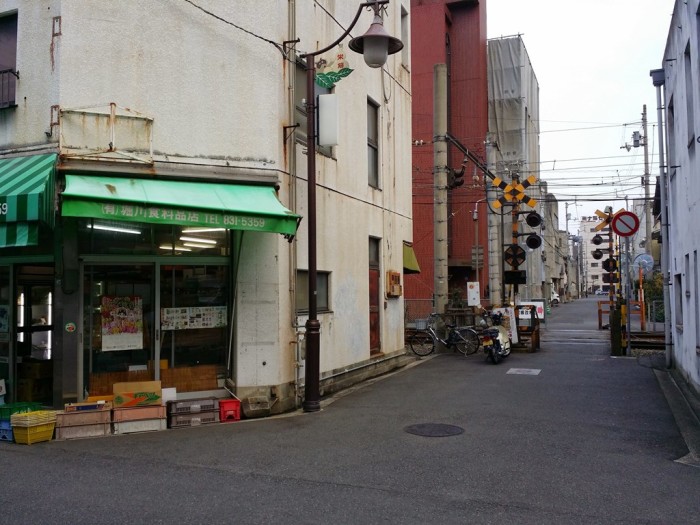 The railroads just go through the neighborhood, in between houses and small streets.

These days, I go to the neighborhood about once a week, and as the weather is getting nicer, and the sun is still up when I finish work there, I’ll try to explore Kawaramachi in more details in the near future. Stay tuned.