Two years ago, during the Setouchi International Art Festival 2010, I met Hiroshi Fuji, a very interesting, fun and nice artist.

His artwork was an installation in a house in the village of Karato on Teshima.

Well, actually the installation was the house itself, and it was known under different names:

The idea was to create the real house of a fictitious character, Hachijuro Fujishima, who had decided to move to Teshima to help the community and become a local hero. As such, the installation was not only the house, but also the various acts of kindness Hachijuro performed on the island during the festival. A community center was renovated, direction signs were created in Ieura (you can see them as you leave the boat when you come from Takamatsu or Honmura on Naoshima).

We met Hiroshi Fuji when we visited the house (I assume he stayed during most of the festival to direct Hachijuro’s acts) and he was instantly very friendly, didn’t take himself seriously and his enthusiasm was contagious. It was especially sweet to hear him speak about Hachijuro in a very fatherly kind of way.

I hope I’ll get to meet him again (and that this time he’ll dare speak English with me; he didn’t then, and I found out months later on a video that his English is very good, but I guess he was too modest about it). 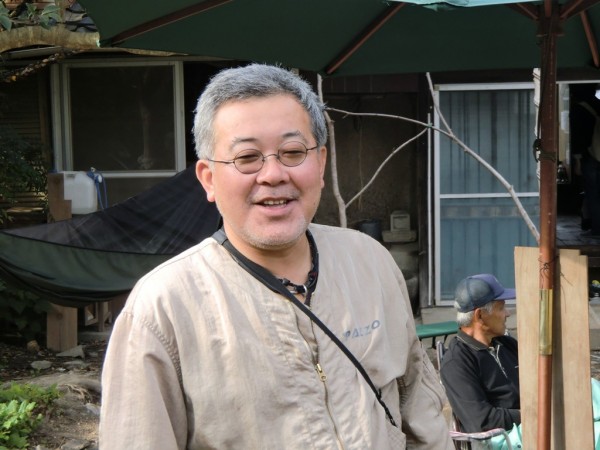 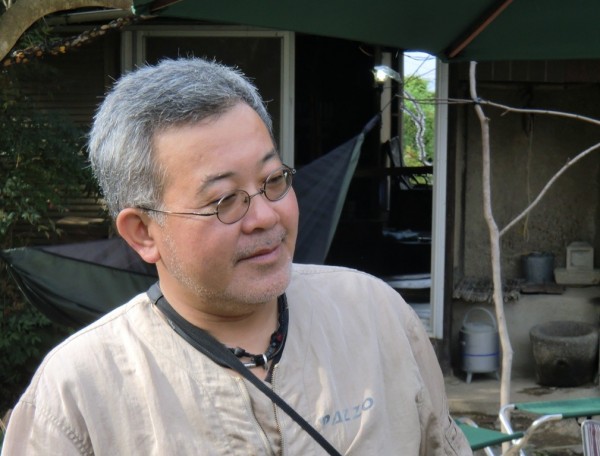 Jokingly taking an “artsy pose” (his words) when I asked him if I could take his picture. 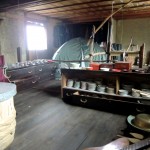 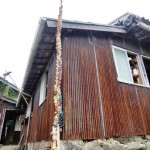 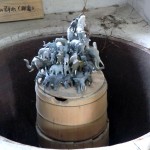 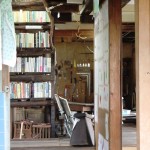 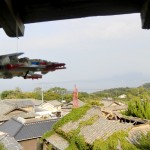 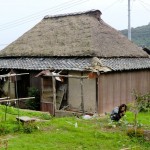 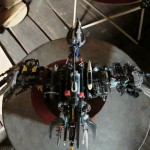 A short – unfortunately untranslated – video I made while we chatted with him (I put it here as is, because I was not too happy with the result – it’s incomplete, poorly shot, etc but it may still be worth watching, especially if you understand Japanese). 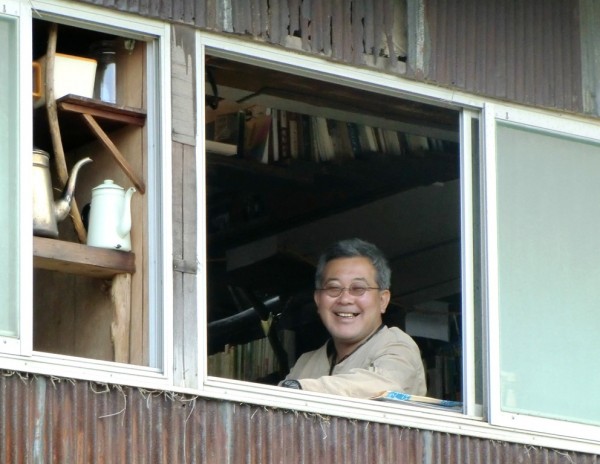 See you Mr. Fuji and thanks Hachijuro for us.

For more and recent info about Hiroshi Fuji, he just had an exhibit in Tokyo, you can check it out here and there.