To tell you about Heijō-kyō, I need to tell you a thing or two about Nara‘s history in case you don’t already know it.

In the year 710, the Empress Gemmei decided to move the capital city to the town of Heijō-kyō. At the time, moving capital cities was common practice and many towns of the area became capital of Japan at one moment or another. The new capital city was then redesigned following the layout of Ghang’an, the capital of the Tang Dynasty in China (and known today as Xi’an). At the time, China was the reference and model for pretty much everything in Japan (and in most of Asia really).

The time when Heijō-kyō was the capital of Japan (a period known as the Nara Period) was a period when Japan had one of its first major cultural booms.

When the capital city moved again about a Century later, Heijō-kyō was more or less abandoned and all of its important buildings and monuments were ruined and soon completely disappeared (with the exception of its temples that are today world famous).

The current city of Nara is located slightly east of the Heijō-kyō site which, until recently, was completely covered by fields and a few villages.

However, when the city decided to turn its 1300th anniversary (in 2010) into a major event, it was decided to rebuild parts of the archaeological site, especially the Imperial Palace.

First, the Suzakumon (the city’s main gate) was rebuilt between 1993 and 1998, then the Heijō Palace itself was rebuilt too and opened in 2010 as part of the major events for the commemoration of the 1300th anniversary (it should be noted that the reconstructed palace is smaller than the original one).

Other sites have been reconstructed and renovated since my visit there back in 2010. I’m sure I’ll get to tell you about them when I get back there. 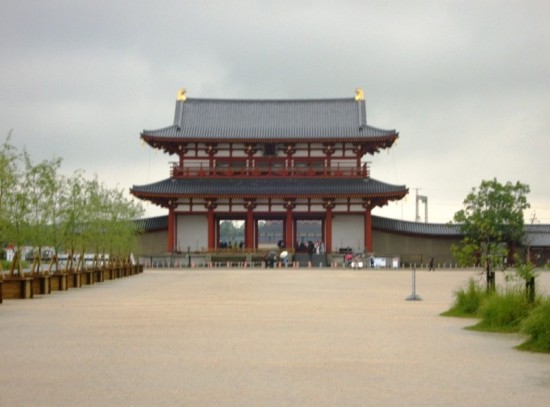 The Suzakumon was the main entrance to the city, a place with a lot of activity, as you can imagine. Sometimes, poetry competitions (utagaki) were being held there. This is also the place where foreign visitors and envoys were welcomed. On New Year’s Day, the Emperor himself came to the gate to celebrate the new year. The five meters high city wall started from this gate and surrounded the entire imperial city. 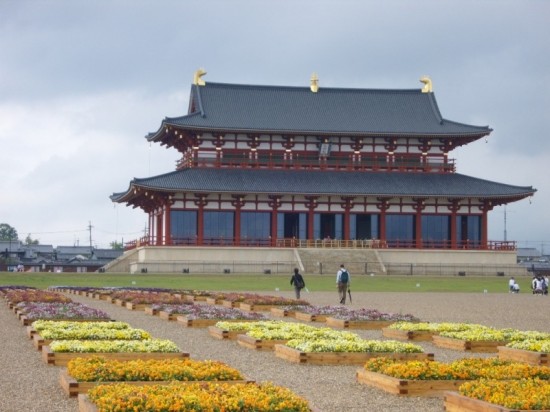 800 meters north of the Suzaku gate is located the Daiichiji Daigokuden, the Heijō Palace’s Imperial Hall. It is the only part of the palace that was rebuilt. It’s about 40 meters wide, 27 meters high and 20 meters deep. Its foundation is constituted by 44 columns of 70 cm diameter each. The Hall was the largest building of the city. 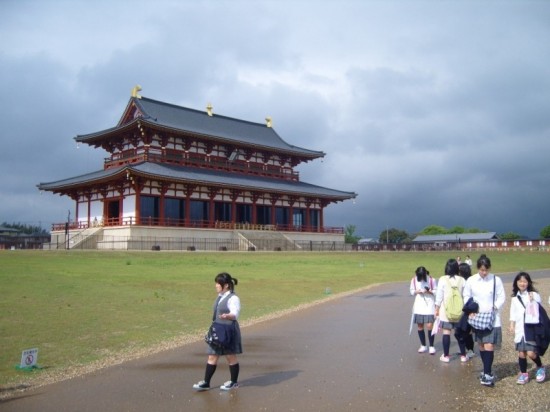 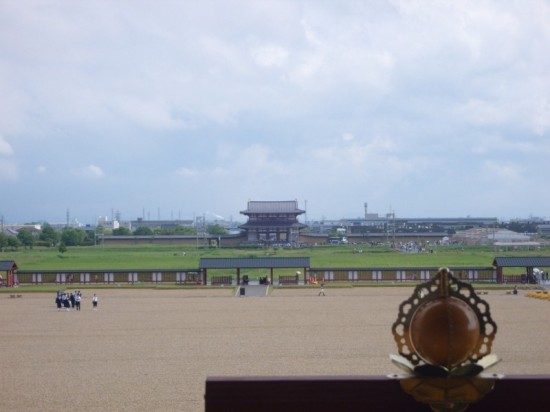 The Imperial Lodge inside Heijo Palace. 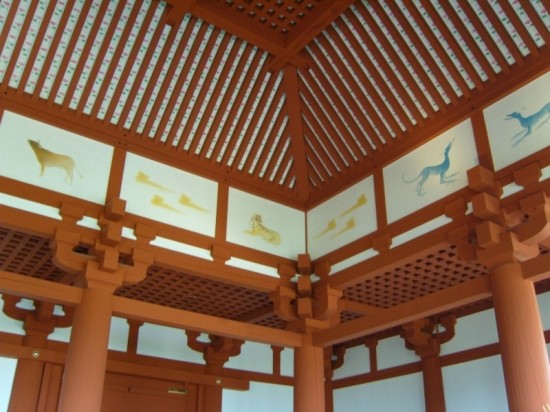 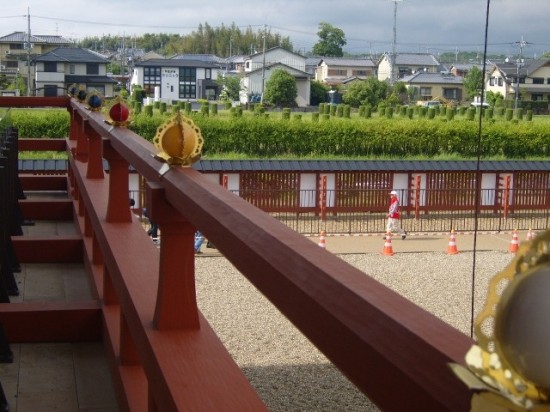 It must be strange to have your house in the countryside and one day suddenly have an Imperial Palace as neighbor. 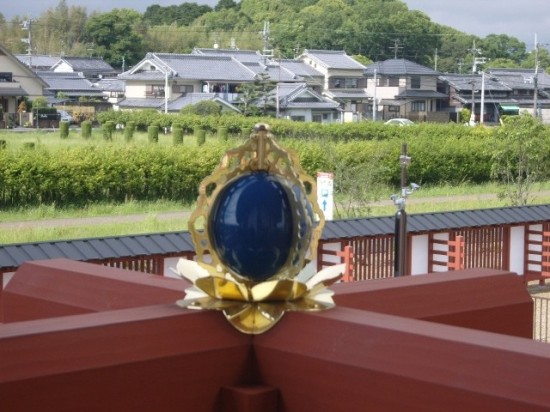 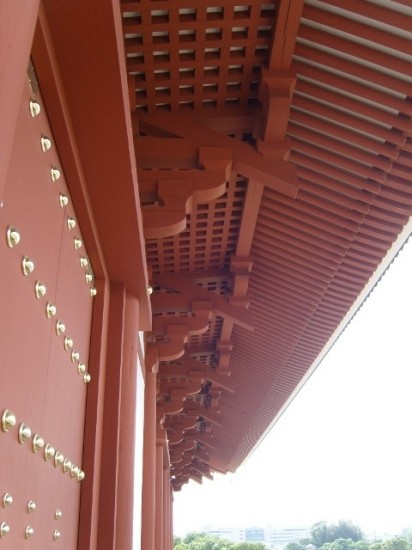 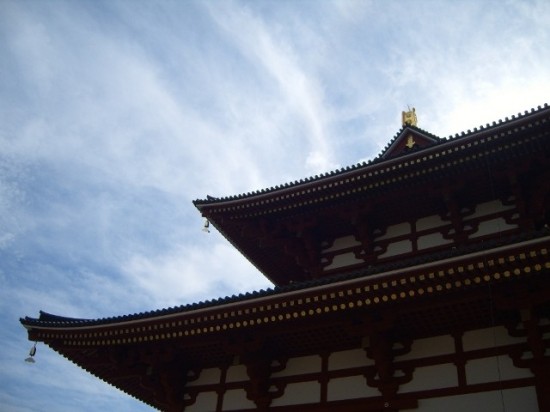 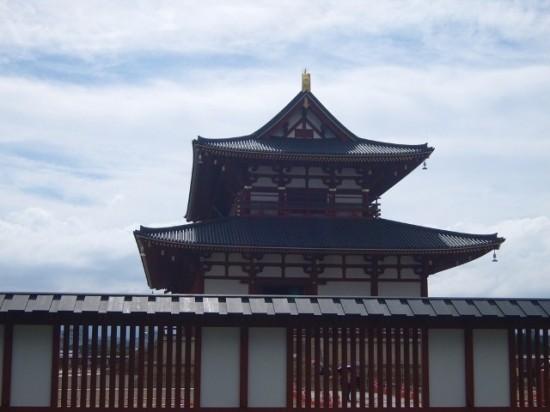 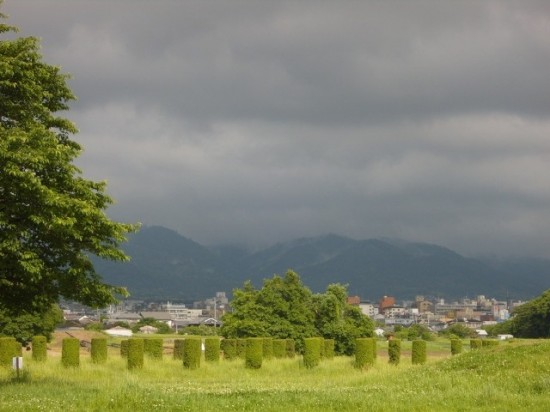 In the background, you can see Nara. The strange shrubs represent the foundations of other buildings that once stood there but haven't been rebuilt. 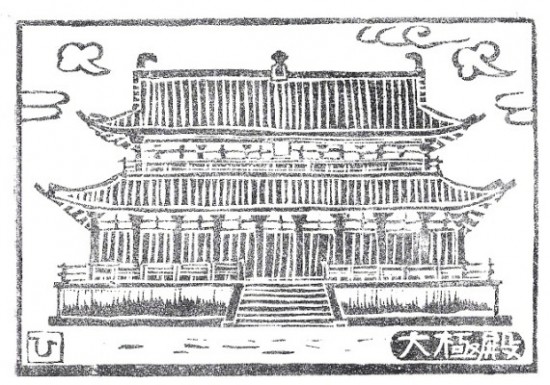