If you walk around Takamatsu in the morning (as well as I assume other coastal towns and cities in Japan) you will like encounter old ladies selling fish in the streets, standing next to their bicycle equipped with some sort of side-car on which will be installed a big cooler also serving as worktop and stall. 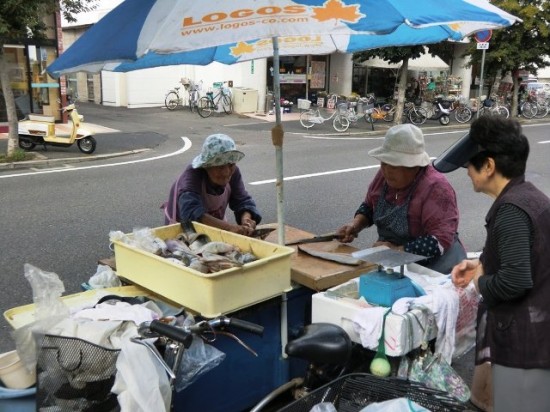 In Takamatsu, they’re called Itadakisan and there they are, every morning at the same spot, selling to the same customers extra fresh fish that was just caught by their husband a few hours earlier during the night. They can gut, clean and cut the fish upon request, while discussing the news of the day with their customers who are often also their neighbors and even friends.

Itadakisan are one of those professions that is in risk of disappearing soon, there may not be more than twenty of them nowadays and as you can see, they’re not getting any younger.

They are one of the many reasons why I love Takamatsu and the Kagawa Prefecture, because it is a place where consumer society and big corporations haven’t totally taken over yet, a place where there are still glimpses of a better world here and there even if their demise is just a matter of time.

Unless the Japanese people come to their senses soon. Will they? 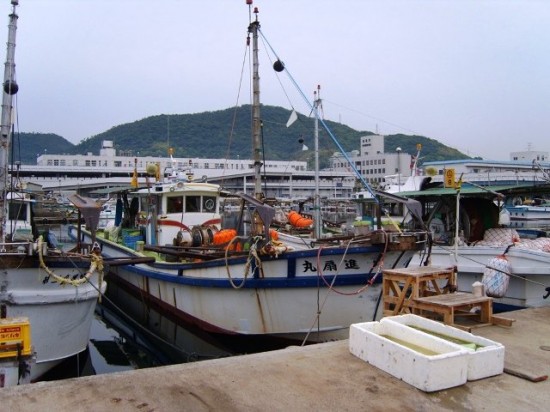 2 thoughts on “Extra-fresh Fish on Bicycle”