When covering and talking about the Setouchi International Festival 2010, I haven’t always been very kind with Megijima. As I explained elsewhere, the terrible weather when I visited must have played a part in the fact that it was the only place I didn’t enjoy visiting. However, the artworks themselves definitely didn’t help either. They definitely were the worst of the Festival for the most part. I could mention the Fukutake House which hosted, with some rare exceptions, pretty much everything I hate about contemporary art, or Green Music, one of the worst joke I have had to face (the joke being on the visitors of course).

Then, we have Sea Gull’s Parking Lot, that is still leaving me wondering to this day. 20th Century Recall was alright, but not the most amazing thing either. And I have to admit, to my great shame – I blame the weather – that I forgot to visit Megi House (ironically, it is the only piece that I saw in the process of being built last May). There also was Ship of the Zipper that seemed a pretty exciting thing, but for some reason, it was nowhere to be seen during my whole time there, whether it was in Takamatsu, in Megichō or all the times I was on a boat in between both (about 16 times during those 10 days).

Despite all of those strokes of bad luck, there were a few good surprises on Megijima, especially Equipoise (均衡) by Harumi Yukutake, a very simple artwork in concept; a spiral and “curtains” made of small mirrors in an abandoned building (some sort of storehouse) and yet, extremely complicated in its making, we’re talking about 10,000 small mirrors, all assembled by hand! 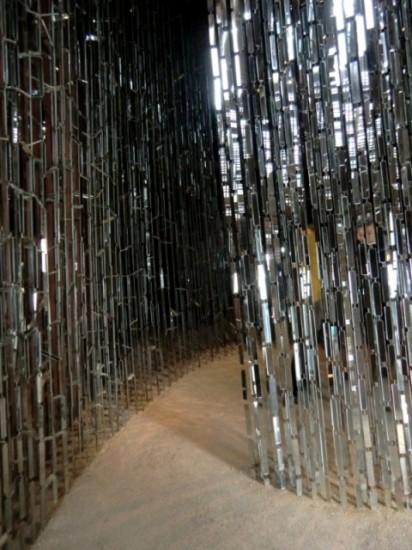 There isn’t really much more to add except that this place was both stunningly beautiful and very soothing. Making you forget if only for a few minutes, the deceptions that were on this island. 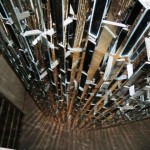 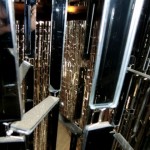 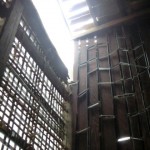 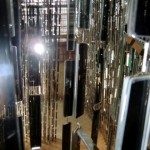 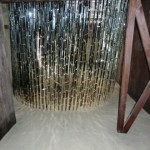 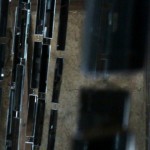 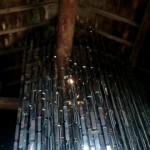 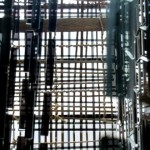 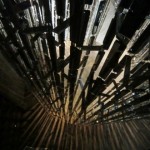 Note that Equipoise is a permanent exhibit and can be visited even if the Setouchi Triennale is not taking place (check opening schedule on the official site though).