Ok, I’m a little late with this piece of news, but better late than never, right?

Last summer, on Ogijima, I had heard about a new place opening called Kamomeya. I couldn’t really figure out what it was, neither the few people I asked. Probably a rest area on the island, or a place for Koebi-tai (the volunteer organization that helps managing all the Art Setouchi artworks) members to relax, or something like that.

I have known Masato Ono for quite a while now, even though I’ve never really spoke with him until recently. I met him as the Koebi-tai’s “leader” on Ogijima. I don’t know if he still is, but what I know and want to tell you about today is that he is the man behind Kamomeya and KamomeAir (one being the name of the place, the other one being the name of the project itself).

KamomeAir is a project that aims at having a drone fly between Ogijima and Takamatsu as a way to open up the island and allow quick transportation of small objects between Ogijima and the city (and possibly Ogijima and the other neighboring islands) too. It’ll be a way to have the island being less dependant on the ferry that pretty much its only link to the outside world at the moment (sure there are private boats too). Some sort of flying courier if you prefer.

It is much more than a fancy gadget; for example, it can quickly bring important and urgent medicine to the island and save a life (keep in mind that most island’s inhabitants are pretty old).

The project is only in its infancy and is still quite experimental (it’s only the second time in the world that such a project is launched, according to Mr. Ono, there is only one precedent on a German island – in the North Sea, I assume).

I’m killing the suspense right away: it was a complete success.

Here are a few pictures of the event (I was planning on shooting a video, but I quickly figured out that filming correctly a small flying object is more difficult that I thought and I’ll spare you the result that is not really watchable). 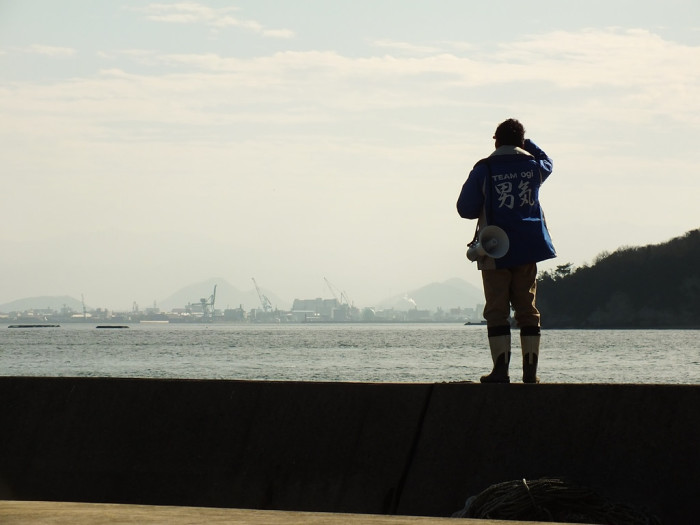 Mr. Oshima is on the lookout.
The drone should arrive to the island from Takamatsu any minute now. 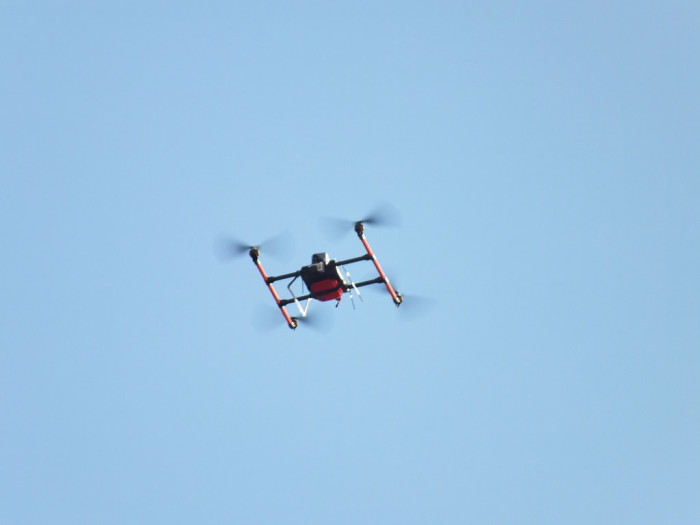 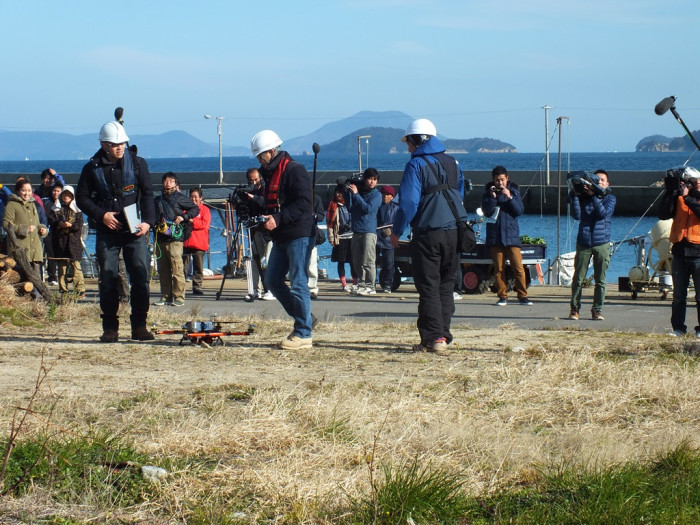 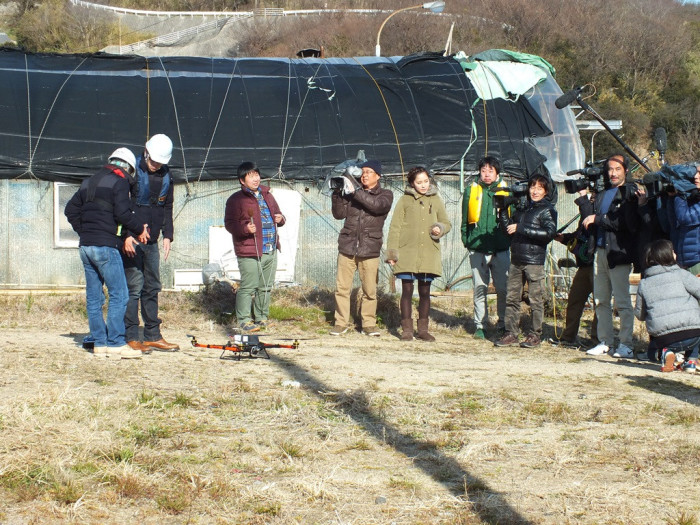 Many journalists were present.

You can even find an article in English about it on the Japan Times. 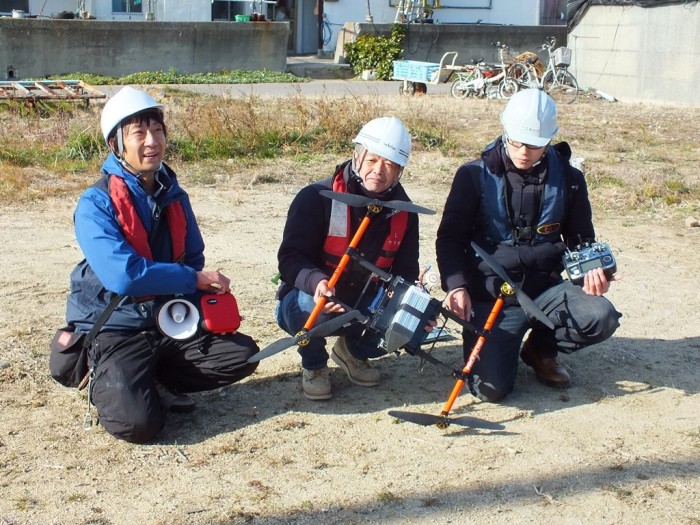 The landing was followed by a presentation of the project by Masato Ono (left) and the people he works with on the project (it’s them who designed the drone). 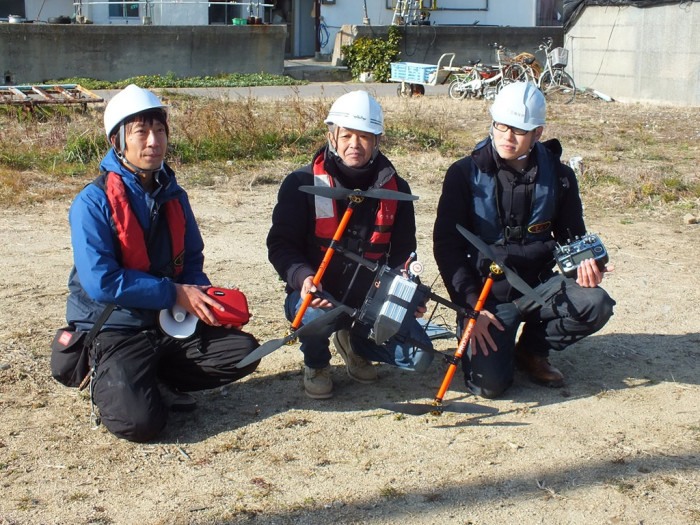 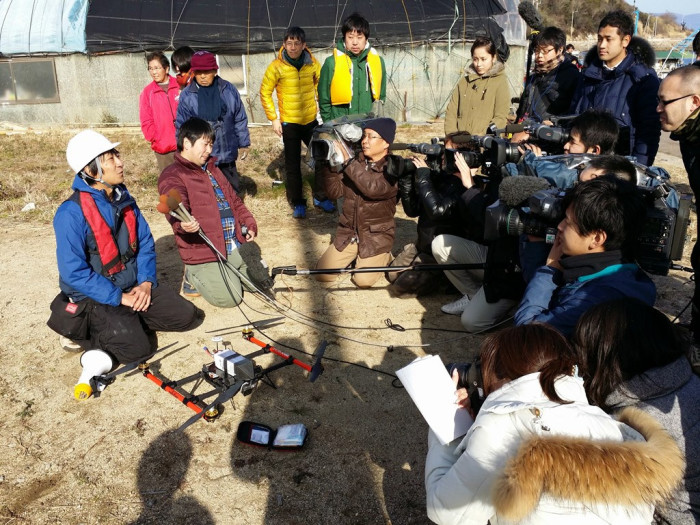 Then, he gave a bunch of interviews. 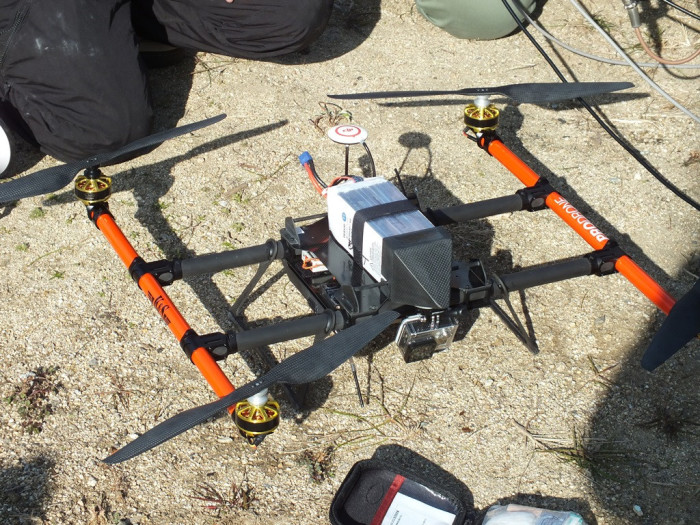 (to be continued one of these days)