The works of art from the Setouchi International Art Festival 2010 about which I have talked lately didn’t excite me much. Today, it’s different as I’m going to tell you about one of those that surprised me the most. Positively surprised me, that is.

It is Blind Blue Landscape (ブラインド・ブルー・ランドスケープ) by Teresita Fernandez.

The work is located on Naoshima, in a corridor linking the Benesse House Hotel suites near the beach to the restaurant on the shore, in other terms: on one of the most beautiful spots of the island (I will show you this area into more details another day). 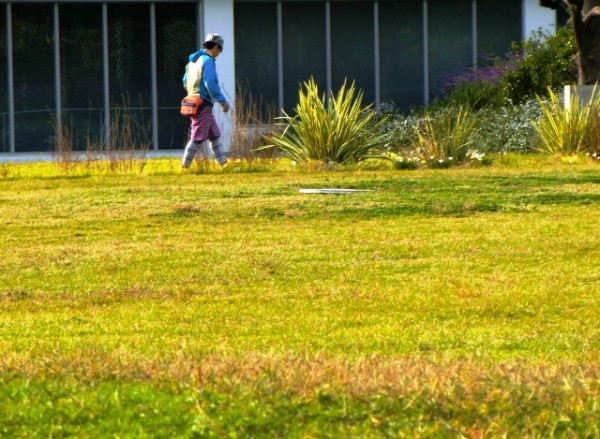 Why do I call Blind Blue Landscape a good surprise?

Because the only picture of the work that I had seen didn’t make it look like an interesting piece: a bunch of small dots on a blue wall, and the text that was printed along the picture didn’t help quenching my doubts as it was about (15,000) little glass cubes reflecting the landscape and people walking down the corridor.

Actually, Blind Blue Landscape is exactly that: 15,000 little glass cubes on a blue corridor wall (the opposite wall of the corridor being a big glass wall showing the park and the shore nearby). Except that no photo (and definitely not mine) and no description can do it justice. Beyond the colossal work that it must have been to set 15,000 little cubes on a wall, the result is simply magnificent. The multitude of cubes serve as mirrors from certain angles, from other ones –and depending on the time of the day- they become as many tiny little lamps (reflecting the sunset for example).

It’s a relatively simple piece and so rich at the same time, changing depending on the time of the day, the amount of sun and daylight and even yourself as one has to be in the corridor to see the art and as such one has to be reflected in it. 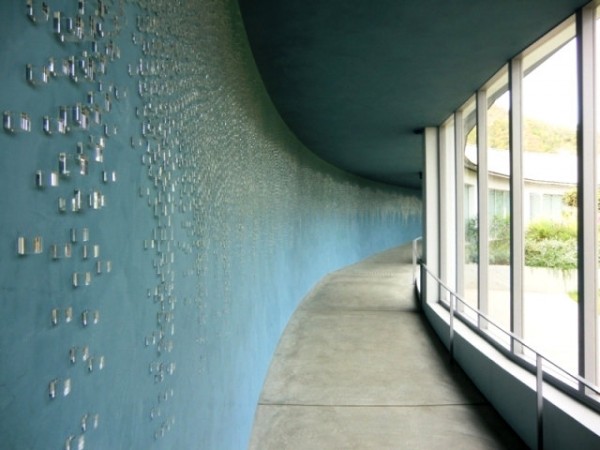 I have been complaining here that certain artworks in the festival didn’t really consider the context in which they were set (the islands and everything) and that they could exist anywhere really. One could be tempted to make that same criticism to Blind Blue Landscape except that, no, it couldn’t just exist anywhere, anywhere else, it would be a different work of art, its location greatly matters and elsewhere it wouldn’t be as beautiful. And in a way, it is set in an island socio-cultural context too, that context being the Benesse House and its beach. Sure, we’re far from the century old traditions of the other islands, but nowadays, this place is now fully a part of Naoshima’s identity.

Also, please not that now that the Festival has ended, the installation is still there and should stay permanently I assume. One can see it when the building is open, that is everyday from 8.30 am to 7 pm. 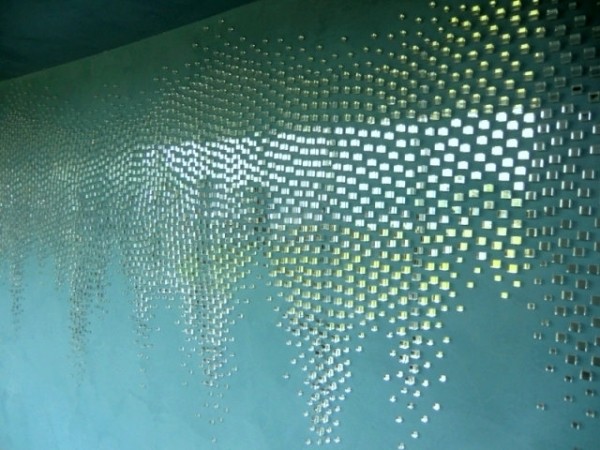 The artist, Teresita Fernandez, was born in 1968 and she’s from Miami, Florida, and I could give you a bunch of information but as she’s American (the only one in the Festival) there is a lot of information about her on the web as she seems to be quite known in art circles in the US. 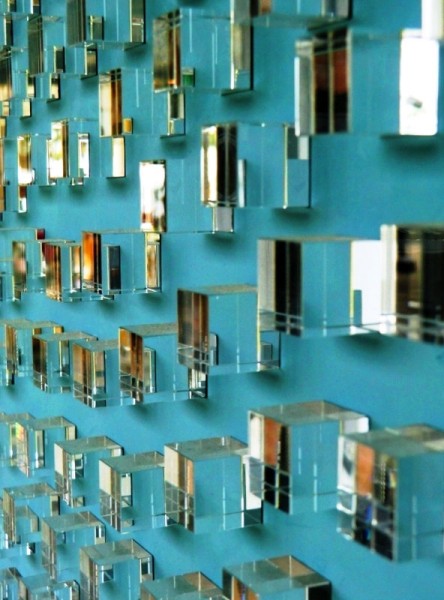