As promised, during all of the Setouchi Triennale‘s summer session, I’m sharing pictures and tidbits on info about Bengal Island that is taking place until September 1st on Takamatsu Sunport‘s lawn. Here are pictures from the second day, July 21st: 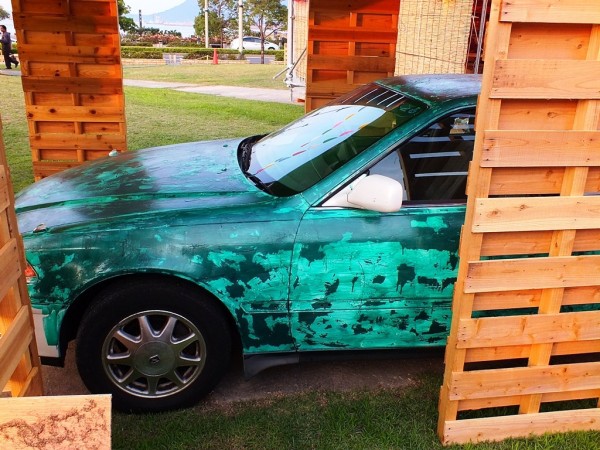 The day before I hadn’t really understood what those four cars – in a not so great shape – were doing there. It is actually called Four Mirrors by Junichi Kuratake and the Nihon University College of Art. Those four cars will be polished during the whole summer session until they become mirrors. Then, they’ll take part in the closing ceremony. 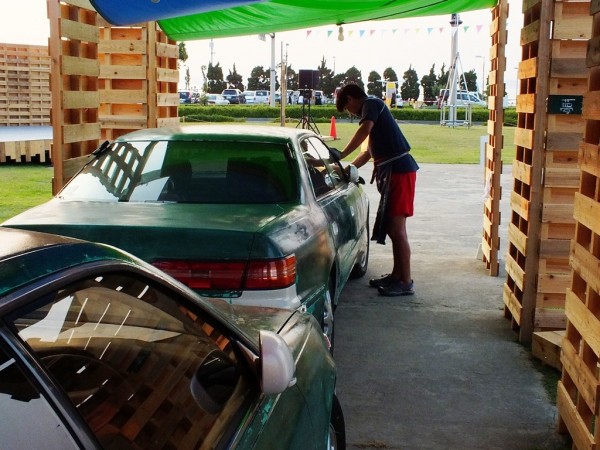 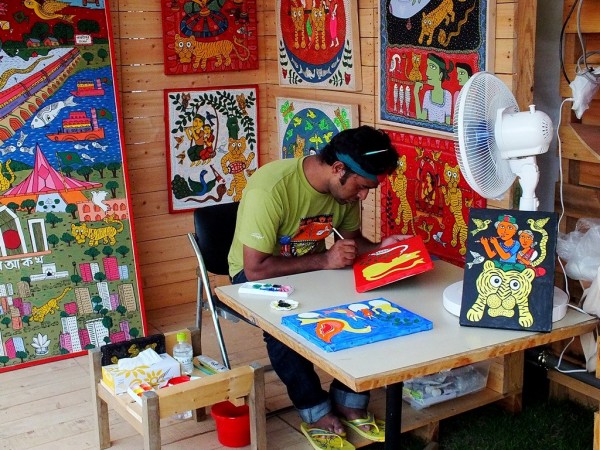 Nazir Hossain is a Bangladeshi painter who will paint all month long.
Paintings, but also bags, masks and more. 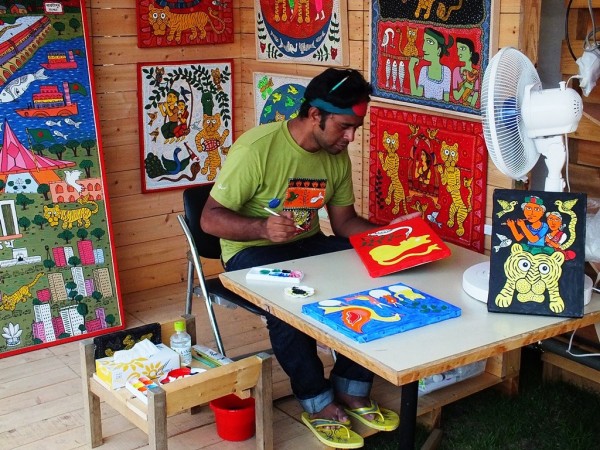 I didn’t know which picture to post, so both it is. Please note that his paintings – along with most of what will have been created during the summer – will be sold on September 1st. 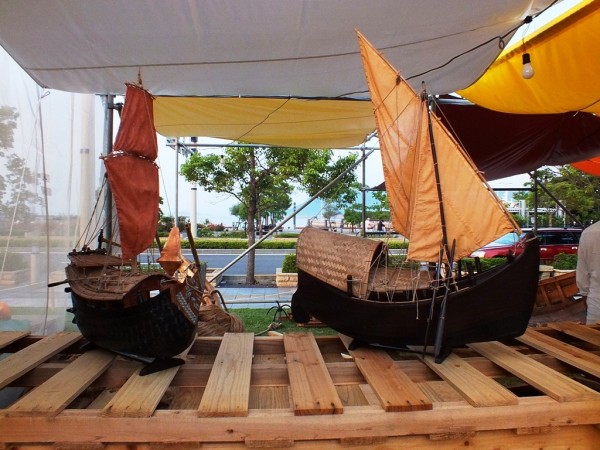 The nouka models that I had showed you in the previous post on the topic. Their function is not only a decorative one. They are actually “real” nouka, except on a smaller scale. The main purpose of these models is to preserve the building techniques of those boats as they are in serious danger of disappearing, as there are less and less shipwrights knowing how to build them. If they completely disappear one day, the knowledge won’t be completely lost thanks to these miniatures that will act as three-dimensional blueprints to allow people to relearn how to build these boats. 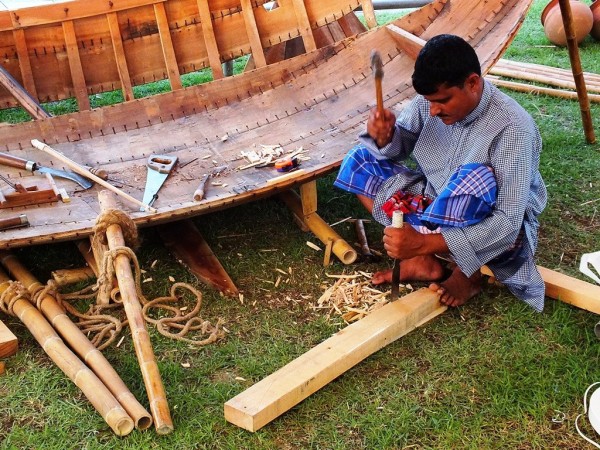 One of the shipwrights at work.
(unfortunately, I don’t know if this is Muhammad Abdul Halim or Vojon Chandro Sutradhor) 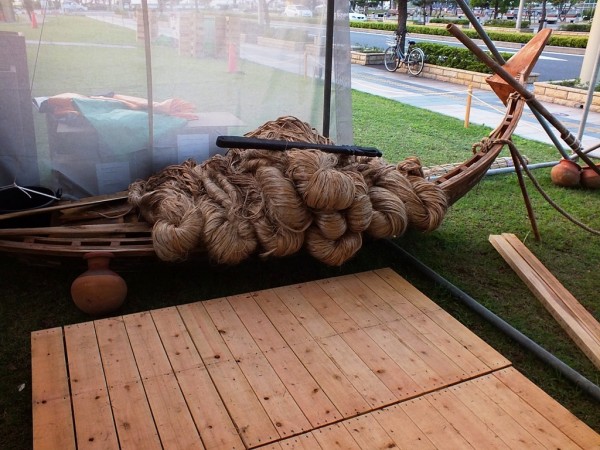 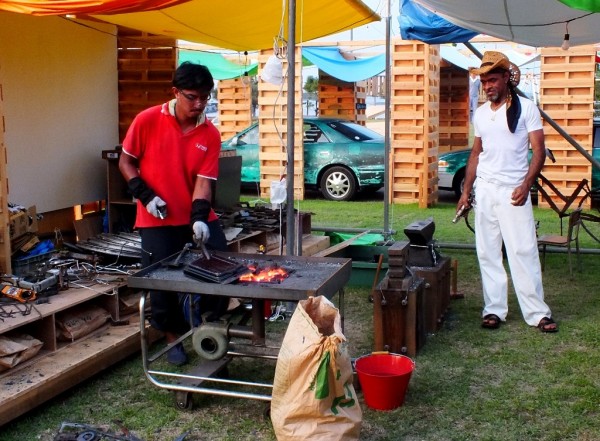 Atsushi Ozawa at work in Oza Metal Studio Takamatsu under the interested eye of a Bangladeshi artisan.
It’s one of the things I find admirable about the fact that Bengal Island houses both Bangladeshi and Japanese artists. Despite the language barrier, I know for a fact that ties are being built and some will become quite strong over the course of 40 days. 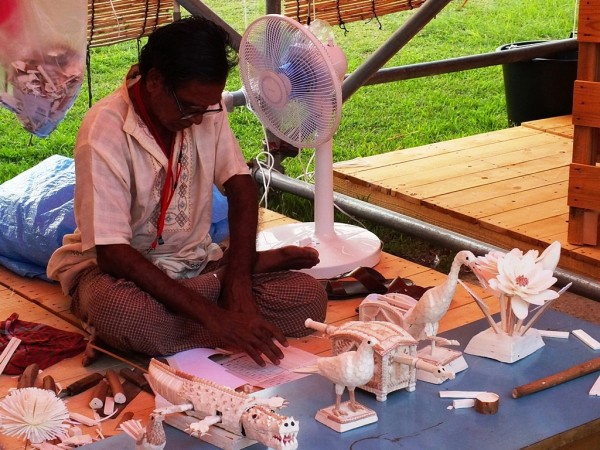 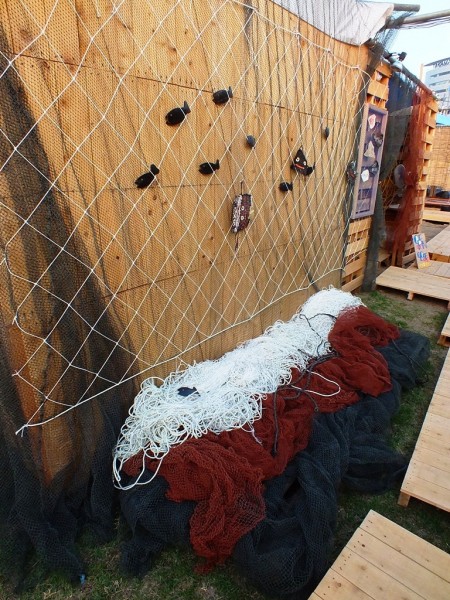 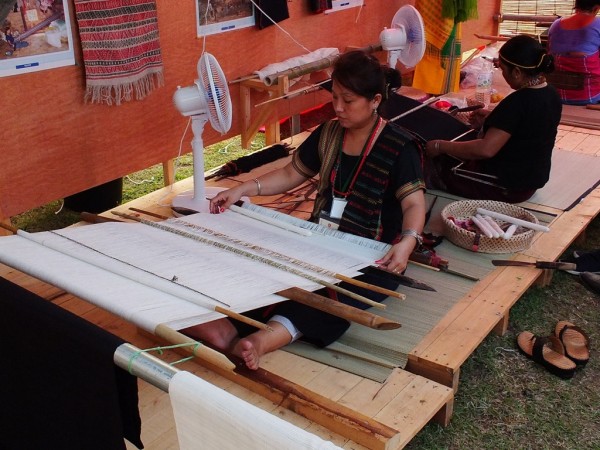 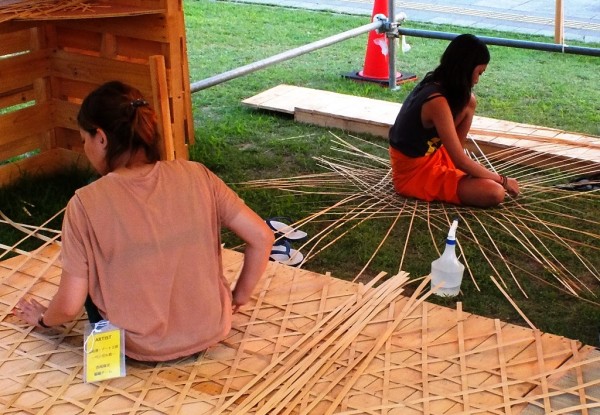 The creation of Takashi Nishibori’s Weaving Weaving is underway. 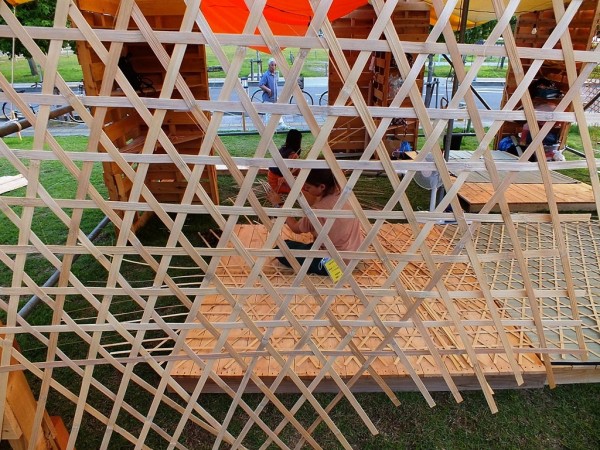 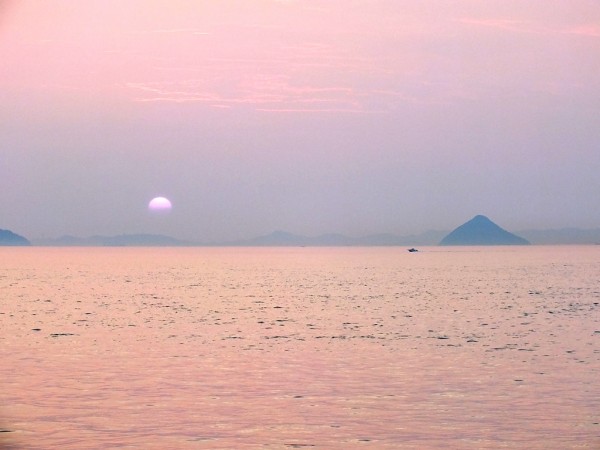