For today’s Setouchi Triennale artwork that I want to tell you about, we’re staying in Takamatsu. Although most Triennale works are located on the neighboring Seto islands, let’s not forget that there is also some art on the “continent” that is Takamatsu, as well as Uno Port in Okayama prefecture.

However, even if we’re not leaving Takamatsu today, we’re not staying downtown but rather heading to Yashima, to a place that should please haikyo fans, as it is one of the various abandoned buildings that can be found on the hill (however this time the cause is not depopulation but the 80’s economic bubble bursting). I’m talking about the cable car terminal that used to provide access to Yashima until it closed closed in 2004.

It is this building that Leandro Erlich chose to create is new work that is called Beautifully Abandoned.

First of all, let me remind you that it is not Erlich’s first artwork for the Triennale as he also signed the wonderful Presence of Absence dual work (Double Tea and Invisible) on Megijima. Unfortunately, I have never told you about those works because pictures are forbidden and it’ll be pretty hard to talk about them without being able to show them (you can find a picture of Double Tea on Erlich’s site though)

While I don’t know Leandro Erlich‘s other works, both his works on Megijima and the one on Yashima are based on the visible and the invisible, mirrors, trompe-l’oeil and other optical illusions.

In Invisible, you “see” an invisible man walking in a dry garden.

In Double tea, you become invisible yourself in front of a mirror (like a vampire?), unless…

For Beautifully Abandoned, visible/invisible and mirror get together to give a very uncanny aspect to this abandoned building.

“Uncanny” because not exactly unreal, but definitely not normal either. 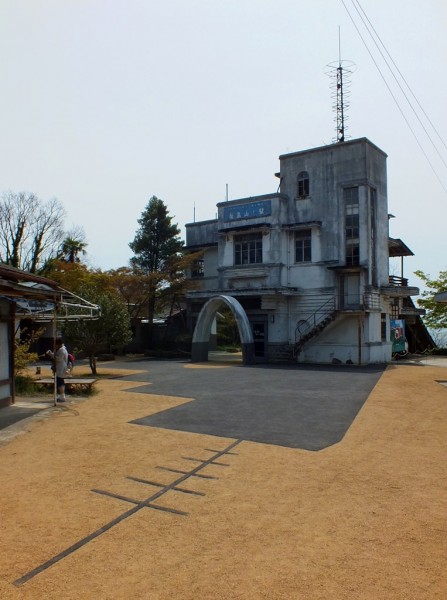 As you can see on the previous picture, the first thing that you see without really seeing is the building’s shadow, except that it is not a shadow, or rather it is a permanent one, the ground is two colored: ocher and black. The first effect is already interesting as it’s obvious when you get there, and then maybe it’s not. By that I mean, that shadows are everywhere, you always see them, but we don’t really see them at the same time. This is exactly the effect this fake shadow has. For a few seconds you don’t pay attention to it, next you can’t “unsee” it anymore.

I got there late in the morning, so the actual shadow of the building was very small, almost invisible. That made the permanent shadow look even more “real”, it was not competing with the real shadow. Now, I wonder what the effect is when both shadows are clearly visible? what about when the real shadow superposes itself with the fake one (certainly in late afternoon)? What about on cloudy days, when the building is the only one thing to get a shadow? In other terms, I’ll have to go back another day to check this out.

But the work doesn’t stop with this shadow. When you walk a bit closer, one suddenly (or not) notices something else. Within the arch that used to be the building’s entrance, there is a large mirror; and that mirror doesn’t have a (fake) shadow, as if it was not a mirror but a passage, a hole in the building.

Maybe an invitation to go through the looking glass? In any case, another illusion that contributes creating this uncanny atmosphere surrounding the building. 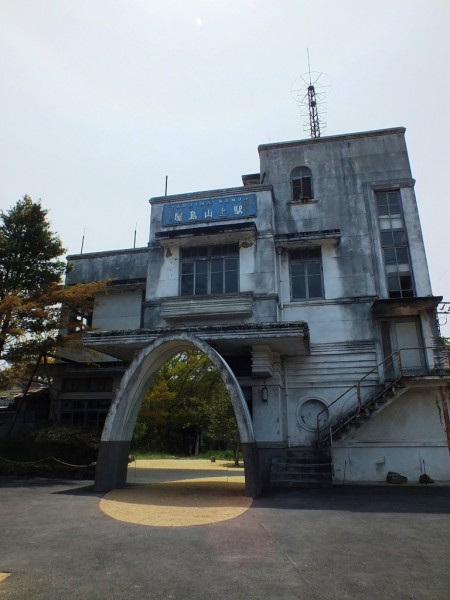 All in all, I really like this artwork. At first it doesn’t seem like much, even a bit silly, just a “painted” shadow and a mirror; but in the end, I find it to be very subtle. It’s you, being there, getting closer to it, moving around the building who create this small universe where everything and real and fake at the same time. After all, this is an optical illusion’s nature, to exist only if someone is there to look at it. And isn’t it what art is too?

And as a “bonus” my very first (and last?) haikyo experience… OK, not really, I didn’t enter the building, just peeked inside: 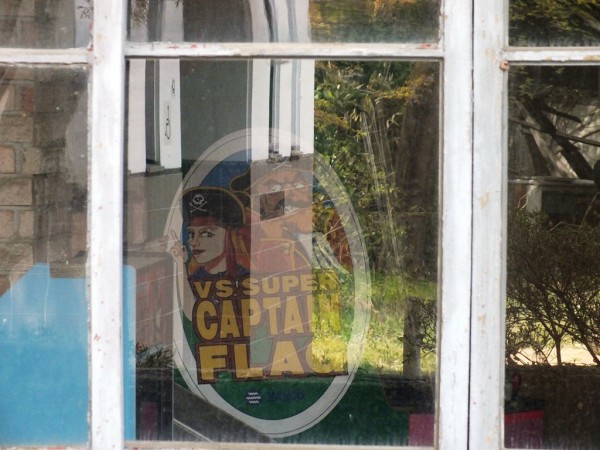 And then, trying to get a glimpse of the inside of the building and taking pictures, I realize that I’m still in the artwork. What am I looking at (and shooting) here exactly? The poster in the room or the landscape behind me and that is reflected in the window? 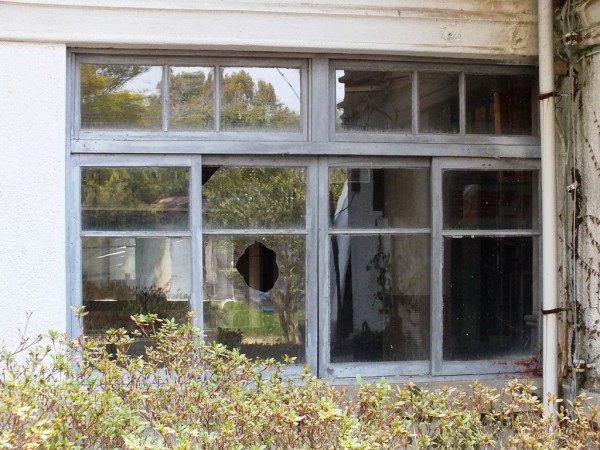 Access: as Beautifully Abandoned is an outdoors work, it’s free and available every day. Just note that it is a small walk from Yashima’s parking lot and quite a big and steep one from the foot of the hill. 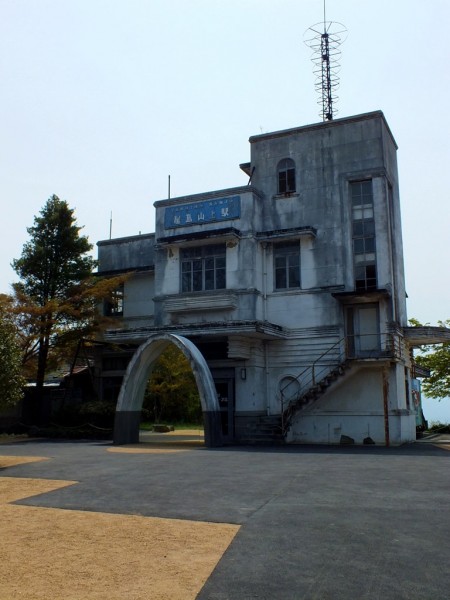