I hadn’t been to Ogijima since last Fall. It was one of the longest periods not going to the island since I’ve lived in Japan. I blame this insane winter when not a single weekend had decent weather (not always terrible, but never good) with a layer of Omicron variant of the Covid19 virus on top of that.

Omicron is still around, but the weather is finally nice again. (and I finally got my third shot! The kids won’t get their first one before the end of this coming week, though)

So, there was no other place in the world where I wanted to be today.

I hopped on Meon with my son and we had a pretty awesome day on the island.

As Meon was departing from Takamatsu Sunport, there was a small surprise on the other pier. Naoshima’s old ferry! I hadn’t seen it in many years and I haven’t ridden it in even longer. I think it’s the one I rode my first time there, 12 years ago. 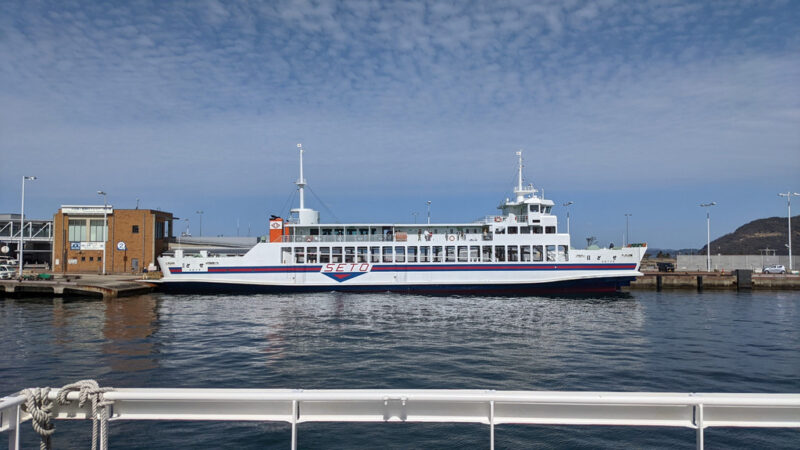 A view I hadn’t seen in quite some time : 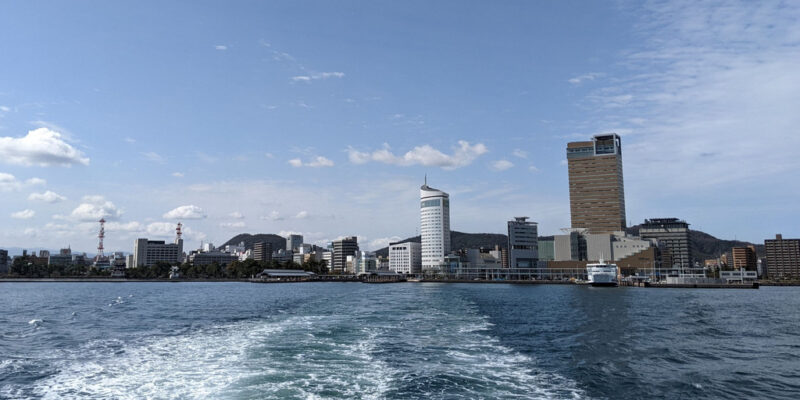 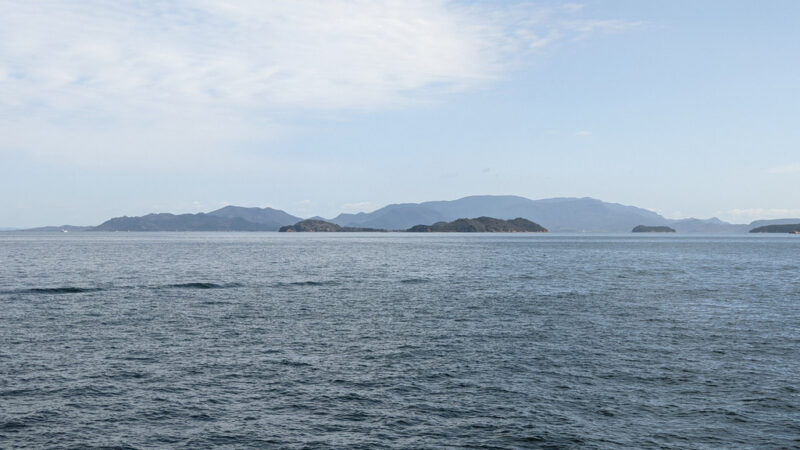 The Setouchi Triennale 2022 is starting in three weeks, and I really don’t have much information about it yet, which is unheard of! (things are not going at the same pace as they usually go this year, for obvious reasons). I also went to Ogijima today to try to gather some information. Without much success. At least I ran into the entire Team Ogi who got together to clean, fix and update their Takotsuboru! 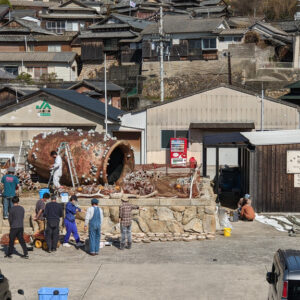 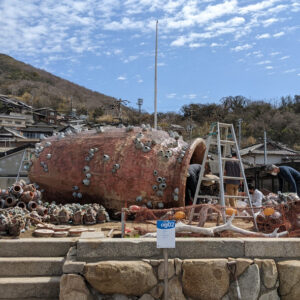 I have another small scoop (I also went to Ogi to meet… someone… 😉 ). It will remain mysterious for now. It’s not a big secret, it’s just that I may or may not have more to tell you about it very soon, so I like to sprinkle the whole thing with a bit of suspense for now.

Apart from this suspenseful thing and Team Ogi, I saw nothing related to the Setouchi Triennale. Nothing at all!

So, instead, my son and I just walked around the island. Literally. We circumvented it. We also hadn’t done that in a while.

Since I’ve moved to Japan a bit more than 10 years ago, I have created a small tradition for myself. It is to try to see the first cherry blossom of the year on Ogijima (if you rummage through the blog, you’ll see a few posts about this). And I mostly succeeded. Most years, if not every, the first cherry blossom I saw was on Ogijima. Of course, that didn’t happen for the past two years for the reasons we all know.

However, I’m proud to tell you, that today, I saw my first cherry blossom of the year on Ogijima! 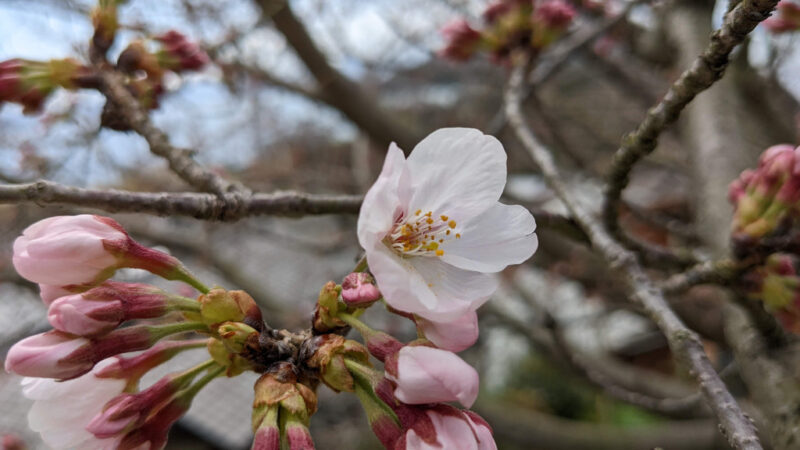 I didn’t even expect it. Of all the cherry trees I saw on the island today (and I think I saw most of them, if not all) it was the only one in bloom, and as you can see in the picture, only a few flowers were

It’s nothing, but it made me incredibly happy. A tiny bit of normalcy when very few things have been normal these past two years.

After that, we walked around the island. Starting on the East coast, which has the most wonderful views of the Seto Inland Sea: 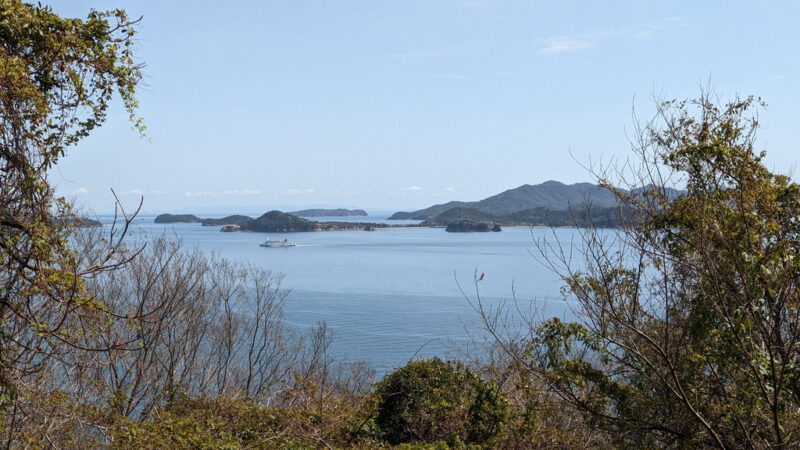 As well as some pretty interesting vines: 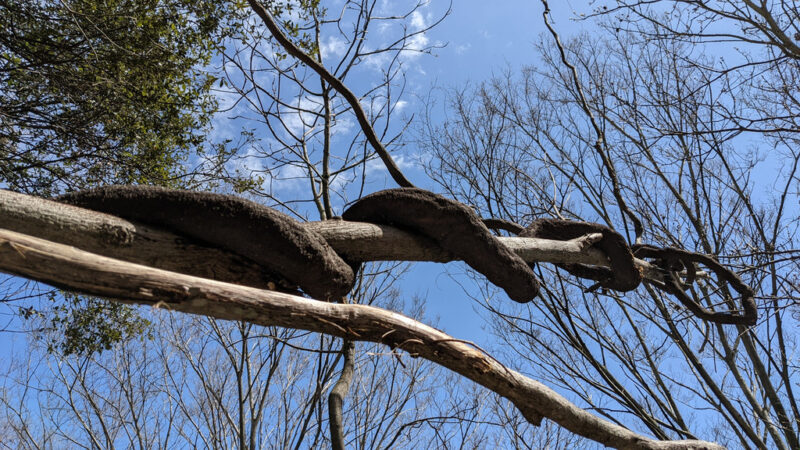 We made a stop at the lighthouse: 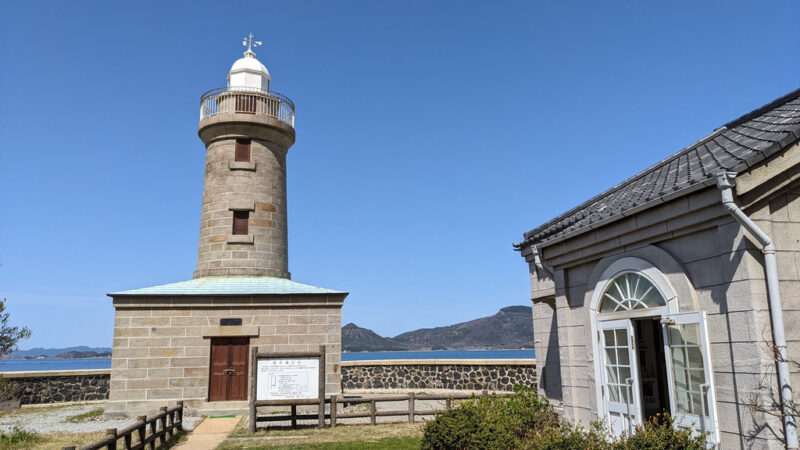 And then we walked back to the village on the West coast road, encountering some wildlife on the way: 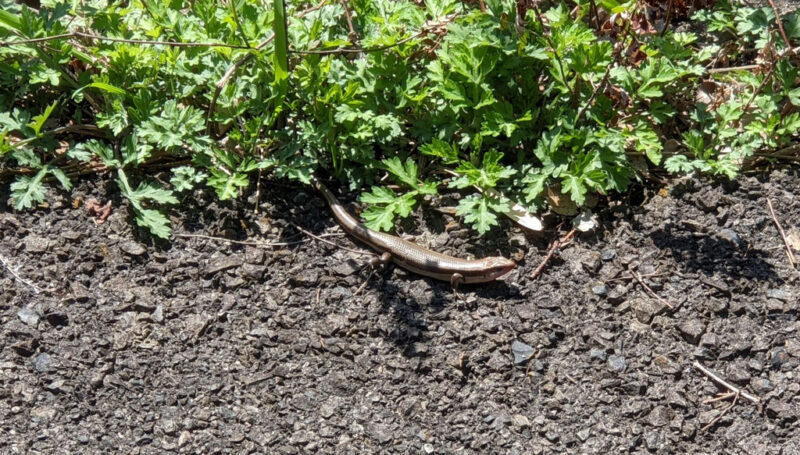 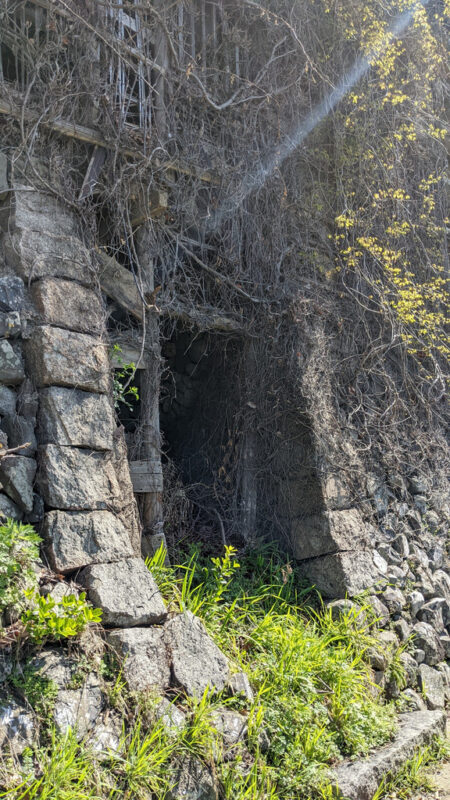 Oh, by the way, the new Community Center is finally open and it’s pretty nice looking: 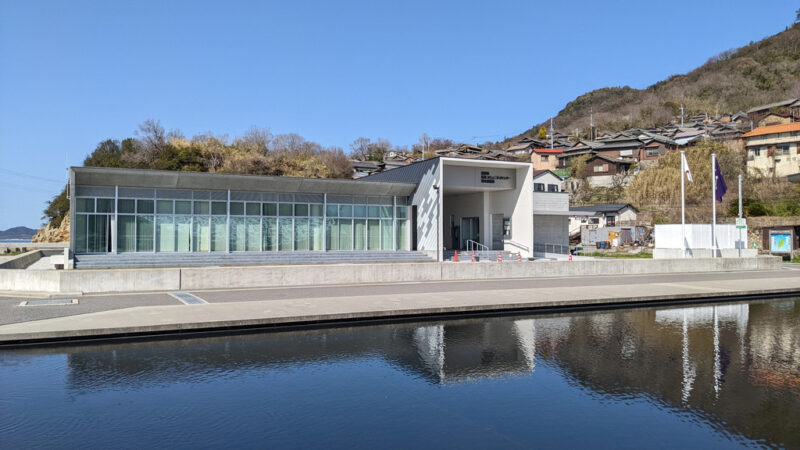 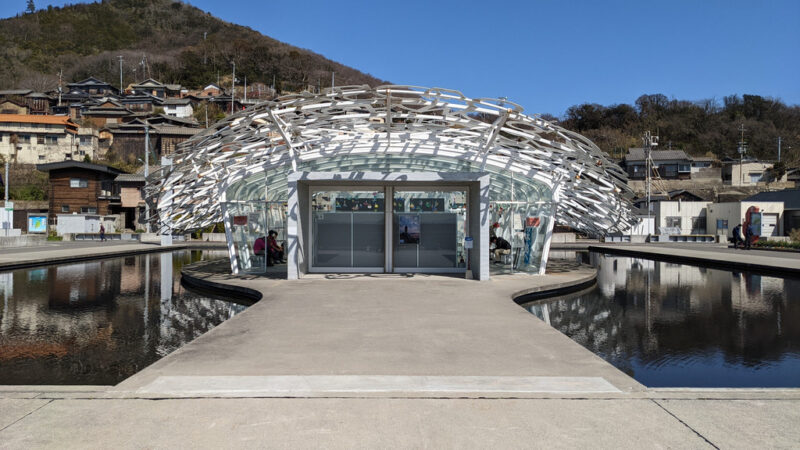 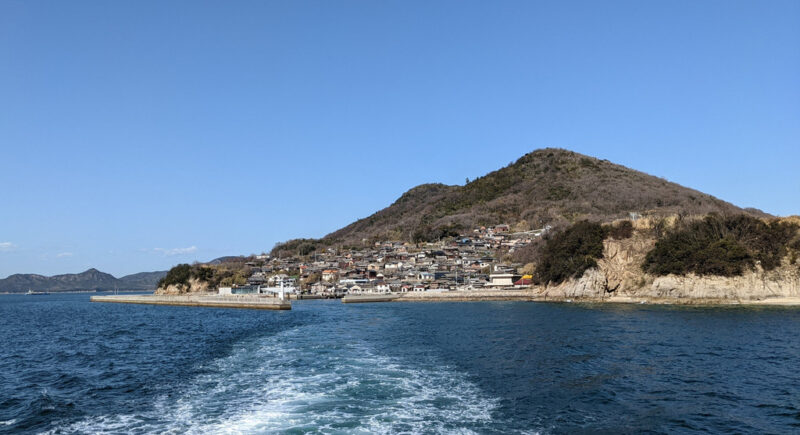 (I may return as early as Tuesday, we’ll see…)

By the way, don’t forget to subscribe to my newsletter: Setouchi Art & Island News!