Every three years, one of the terminals of Tonosho Port on Shodoshima becomes a mini art gallery. It even has been renamed Art No Show Terminal. It’s actually a pun, if you read it with a Japanese accent, it roughly sounds like “At Tonosho Terminal.”

And every three years, fashion designer Junko Koshino creates a dress/sculpture that spends the entire festival there.

I just took three quick pictures, but the dress deserves more than that. As often, we were a bit in a rush, my camera was in its bag, I only had a couple of minutes and my phone at hand (the same problem happened three years ago, truth is that I tend to avoid Tonosho Port during the Triennale, is much more crowded than Kusakabe Port (RIP) and Ikeda Port). In other terms, I need to go back. I probably will this year. 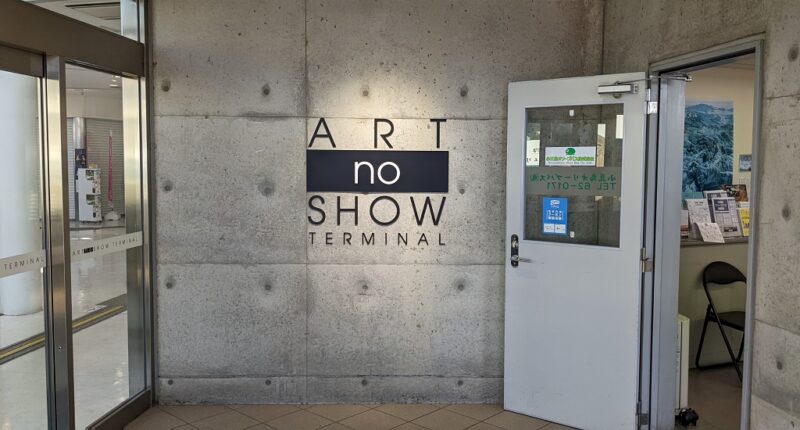 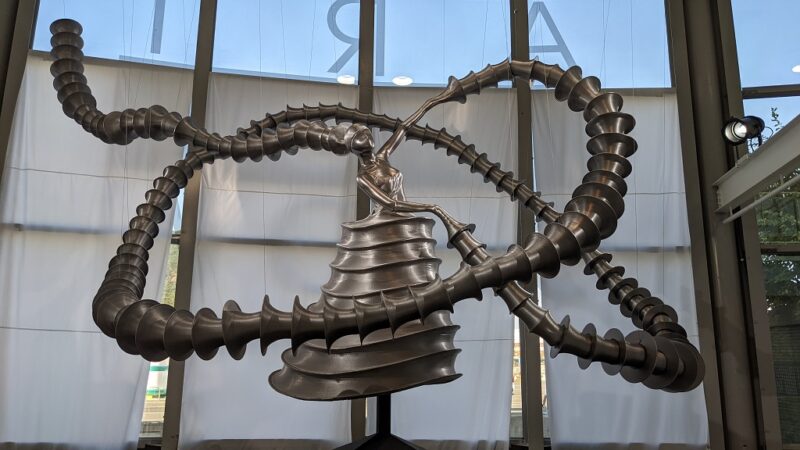 Actually, I’m not totally sure whether it’s an actual dress on a mannequin of the exact same color, or if it’s a sculpture. 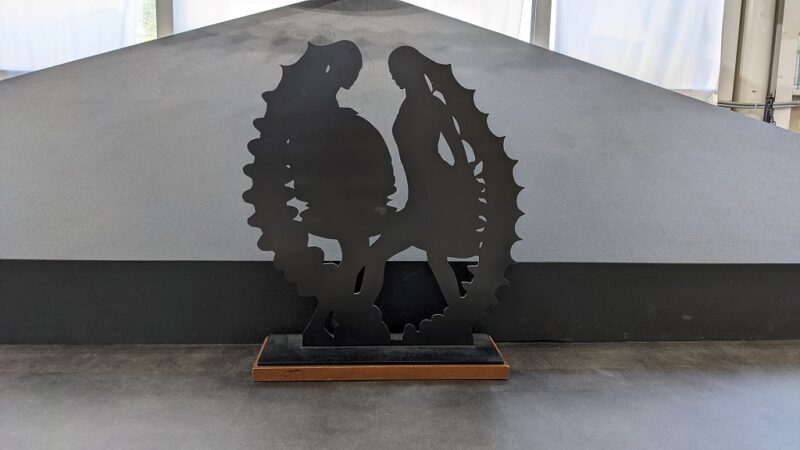 Yes, I need to return with better pictures. This fall, maybe?